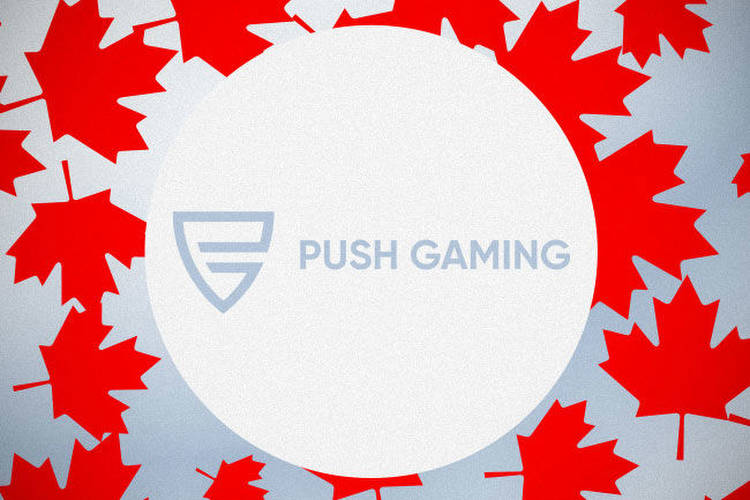 Push Gaming has been licensed by the Alcohol and Gaming Commission of Ontario. Now it can supply its content to other locally approved operators. The province's competitive market opened up on April 4, 2022.

Push Gaming is a leading supplier of gaming content in Europe. It is now entering Ontario's regulated iGaming space. The company is working on its debut partnership with an Ontario-approved operator. It hopes to gain exposure in the Great White North and build a fanbase. iGambling.com. Fiona Hickey, Head of Sales at Push Gaming, believes Canada has an exceptional land-based player heritage.

@BetMGM becomes official #sportsbook partner of the @NFLOfficiating in #Canada BetMGM has announced a multi-year #partnership extension with the National Football League (#NFL) in Canada.

Playtech has launched in Ontario through its existing partnership with NorthStar Bets. North Star B bets is an Ontario-based brand that aims to provide players with "a uniquely local, premier user experience on their casino and sportsbook gaming platform" Playtech will supply Northstar Betts with its IMS platform, casino technology and Poker content. Ontario opened its regulated online gambling market on April 4. The province was ending the lottery’s legal monopoly on online betting in 2019. The partnership was announced several months before the opening.
Poker ・ 10 June 2022

Playtech launches its multi-channel technology with NorthStar Bets in Ontario. North Star B bets operates under Northstar Gaming. The deal was announced earlier this year as a strategic partnership following the launch of online sports betting in Canada on April 4.
Strategy Guide ・ 10 June 2022

Playtech has gone live with its multichannel technology with NorthStar Bets in Ontario. Playtech will become North Star Gaming's strategic software and services supplier. Northstar B bets will deliver PlayTech's full technology stack of products in the Canadian province. The launch builds on the firm’s history of developing games for newly regulated online markets. Shimon Akad, COO at Play tech, said it's another key milestone in development of the company's strategy in North America.
Strategy Guide ・ 09 June 2022

BetMGM Canada and PointsBet Canada were punished by the Alcohol and Gaming Commission of Ontario. They broke the rules on advertising and the provision of inducements.
Gaming Authorities ・ 04 May 2022

The launch of the new gambling market in Ontario was delayed for 3 years. The province will be regulated by the iGaming Ontario and issue licenses to top gambling operators and suppliers. Before the launch, the province had issued a series of licenses, thus approving a host of major brands to carry out operations in the Ontario. Some of them are FanDuel, PointsBet, Bet365, Rivalry, TheScore, and Rush Street Interactive. The Alcohol and Gaming Commission of Ontario will resolve any outstanding issues that are yet to be resolved. All online casinos that applied for registration before 4th of April were required to suspend operations.
Gaming Authorities ・ 12 April 2022

Ontario’s new internet gambling market is open for business. Coolbet, FanDuel, PointsBet, and theScore Bet launched their business in the province on April 4th. The regulatory framework is the first of its kind in Canada. 13 different operators had been registered with the AGCO and executed an operating agreement with iGO as of early Monday morning.
Industry ・ 04 April 2022

Dozens of operators registered to launch in Ontario's iGaming market today. Ontario is the first province in Canada to open a legal private online gambling market. Some sources estimate the market could be worth up to $800-million annually. Online gambling already existed in the grey market and on the Ontario Lottery and Gaming’s Proline+ sportsbook.
Industry ・ 04 April 2022

RSI has been granted a license to launch BetRivers in Ontario. The province is preparing to become the biggest iGaming market in North America. RSI is already operating in the United States and Colombia. It entered Mexico through a 25-year deal with Grupo Multimedios. It launched Casino4Fun in 2021 to test the capabilities of the newly-fledged gaming market. Now it will launch a real money gambling platform. iReport.com will let you know when Betrivers launches in Canada. For confidential support call the Samaritans on 08457 90 90 10 or visit a local Samaritan branch.
Gaming Authorities ・ 11 March 2022