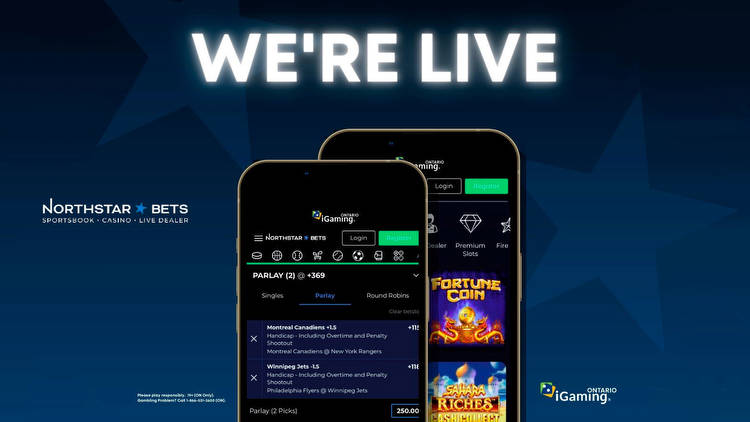 Gambling software development company Playtech announced it has launched in Ontario through its existing partnership with NorthStar Bets, which will see Playtech's IMS platform, casino and live casino technology offered to bettors in the Canadian province.

Playtech and NorthStar Bets’ strategicpartnership was announced earlier this year, in a deal under which the former agreed to supply software services to the latter. With the addition of Poker content later in 2022, Playtech will be providing NorthStar Bets with its full technology stack of products "to deliver one of Ontario's premier online casino and sports betting experiences," according to a press release.

NorthStar Bets is an Ontario-based brand that aims to provide players with "a uniquely local, premier user experience on their casino and sportsbook gaming platform." It belongs to NorthStar Gaming, which last month also announced the advertising creative for the product, under a launch campaign, titled "That's A Win."

Shimon Akad, chief operating officer at Playtech, spoke about this launch and said: “The launch of Playtech’s new software and service partnership with NorthStar bets is another key milestone in the development of our strategy in North America. Essential to Playtech’s success is our ability to form key strategic partnerships with industry-leading operators around the world. NorthStar Bets is uniquely positioned to become one of Ontario’s premier operators, and we are delighted to be working alongside them to build a market-leading responsible gambling proposition."

Michael Moskowitz, chief executive officer at NorthStar, added: “NorthStar Bets puts consumers at the centre of an immersive and content-driven experience. Our partnership with Playtech means that we are able to deliver an engaging and enjoyable online experience with the highest level of player protection. Consumers are looking for content that caters to their individual preferences and interests and, alongside Playtech’s unrivaled multichannel technology we are uniquely positioned to become a leader in the Canadian iGaming market”.

The partnership was announced several months before Ontario opened its regulated online gambling market on April 4, which was the culmination of three years of work, following the announcement that the province was ending the lottery’s legal monopoly on online gambling in 2019.

Playtech launched with multiple partnerships in Ontario on day one with RNG Casino and Live, swiftly followed by the full platform.

@PlaytechCareers signs #partnership with #ResortsDigitalGaming in #NewJersey The provider’s content will be made available to players at and .

🗞️ @_Greentube has received its supplier license from the regulator in Ontario, as it targets further success in markets across North America

Playtech launches its multi-channel technology with NorthStar Bets in Ontario. North Star B bets operates under Northstar Gaming. The deal was announced earlier this year as a strategic partnership following the launch of online sports betting in Canada on April 4.
Strategy Guide ・ 10 June 2022

Playtech has gone live with its multichannel technology with NorthStar Bets in Ontario. Playtech will become North Star Gaming's strategic software and services supplier. Northstar B bets will deliver PlayTech's full technology stack of products in the Canadian province. The launch builds on the firm’s history of developing games for newly regulated online markets. Shimon Akad, COO at Play tech, said it's another key milestone in development of the company's strategy in North America.
Strategy Guide ・ 09 June 2022

Mississaugas of Scugog Island First Nation is upset about the introduction of Ontario's new and regulated market for private iGaming operators. The First Nations believe the move could have a negative effect on their gaming halls and the economy of local First nations.
Gaming Authorities ・ 18 May 2022

Aspire Global’s Pariplay and Gambling.com Group Limited announced their expansion in North America through the new iGaming regulated jurisdiction of Ontario. The province's igaming market launch is set for Monday, April 4. Paricplay was awarded the Gaming-Related Supplier License. G gambling. com will provide marketing services for licensed online sports betting and i gaming operators in Ontario in advance of the launch. The company has recently gone commercially live in Alberta and it was also awarded its West Virginia and Michigan licenses after debuting in the US in New Jersey over a year ago.
Industry ・ 02 April 2022

Playtech and Fashion TV are going to create a live casino game. The game will be available on the Playtech Network. It follows a multichannel tie-up of PlayTech with NorthStar Gaming. iGaming is a medium to experience luxuriousness and connect with the emotions of a favorite brand. Fashion Television has 2 billion viewers globally. They are interested in expanding their business model. According to Shai Kaplun, the Chief Operating Officer of FashionTV, it looks healthy to expand the business. He expects to revolutionize the online gambling industry.
Baccarat ・ 17 January 2022

Playtech signs new multichannel partnership with NorthStar Gaming. North Star Gaming will launch Playtech’s IMS platform, casino, live casino and poker software in Canada. PlayTech”s success is driven by strategic partnerships with industry leading operators around the world. Northstar Gaming is the exclusive Canadian partner in the media and publishing sector. It is also the made-in-Ontario online betting brand and sportsbook. TorStar Corporation partnered with the company. The company is responsible for raising industry standards in responsible business and safer gambling.
Industry ・ 14 January 2022

Playtech has signed a new strategic partnership with Canadian online casino and sports wagering company, NorthStar. Playtech will provide its IMS platform for use across all of North Star's platforms. The two companies are awaiting regulatory and licensing approvals before implementing the relevant gaming software. This partnership comes just weeks after the launch of PlayTech’s live casino facilities in two states within the US.
Industry ・ 11 January 2022

Playtech has launched its multichannel technology with Holland Casino as part of their strategic co-operation announced earlier this year. Playtech became Holland Casinos’ strategic technology supplier delivering its full turnkey multimillionaire technology and certain ancillary services. A new Live Casino studio has been built separately from, but in the vicinity of, the existing Holland casino site in Scheveningen. It offers Dutch players direct access to the PlayTech Live tables via the casino website. The studio includes Live Blackjack and Roulette, Baccarat and the scalable Black Jack version of All Bets.
Sports ・ 28 October 2021