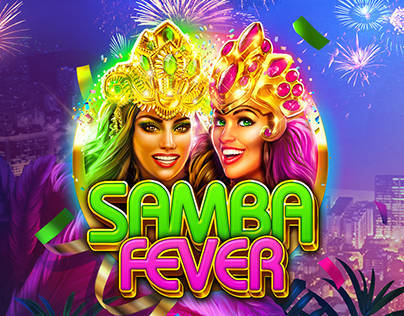 The raids took place at 5 p.m. on December 3 by the Russey Keo District Unity Command. The unity command cracked down on various locations in Village 3, Sangkat Chrang Chamres I, Khan Russey Keo.

The law enforcement officers were led by the District Governor, Ek Khun Doeun. They stated that they were conducting the raids to eliminate hidden and illicit internet gambling spots in the district.

During the crackdown, the authorities arrested nine people, including three women. Officers also confiscated 26 monitors, 26 CPUs, four TVs, and $173.75. Law enforcement officers are currently building cases against them to send them to court.

This operation is part of the national crackdown on gambling spots. Officers nationwide have raided multiple online gambling spots in the capital, as well as traditional gambling spots. Provincial police have also raided cockfighting rings. 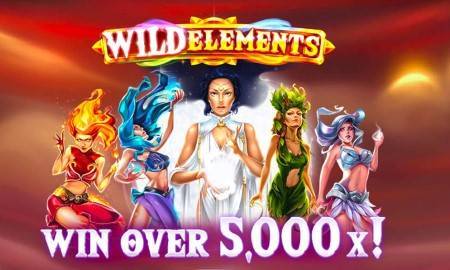 BANGKOK (The Nation/Asia News Network): Cybercrime police have made five arrests and seized cash, vehicles and assets worth over 1 billion baht in raids at 13 locations to bust a gambling network operating www.scg9.club. The website had about 3 billion baht in circulation, swelled by bets on the World Cup in Qatar, police said. Gambling is illegal&hellip;
Incidents ・ 15 December 2022
European Gaming

Cambodian police have raided more than 10000 suspected illegal gambling establishments and taken legal action against 127 of them, authorities have revealed. National Police spokesman Lieutenant General Chhay Kim Khoeun stated that the raids had taken place over the course of a month following a recent order from Cambodia's Prime Minister Hun Sen&hellip;
Incidents ・ 21 October 2022

Police in Cambodia raided more than 10000 premises as part of a crackdown on illegal gambling. National Police spokesperson Lieutenant General Chhay Kim Khoeun revealed that legal action has been taken against 127 of the locations that were subject to a raid. The entire nationwide operation took place between September 15 and October 13. a big push&hellip;
Law ・ 17 October 2022
AGB - Asia Gaming Brief

Cambodian police have cracked down more than 10000 illegal gambling sites and arrested over 200 people over the past month, the National Police confirmed. Speaking at a press conference on "The achievements of the Ministry of Interior over the past five years," National Police spokesman Lieutenant General Chhay Kim Khoeun said, quoted by the Khmer&hellip;
Law ・ 17 October 2022
Super Slots Casino

Players can claim the SUPER300 bonus code on their first three deposits only. The minimum deposit amount required to redeem each bonus code is $25. This bonus is not valid in the Live Dealer Casino. The deposit plus bonus amount is subject to a 45X playthrough requirement before any winnings can be withdrawn.
Khmer Times

The past month has seen police crackdown on more than 10000 illegal gambling sites and arrests of over 200 people who were sent to the court, the National Police confirmed. Speaking at a press conference on "The achievements of the Ministry of Interior over the past five years" on Thursday, National Police spokesman Lieutenant General Chhay Kim&hellip;
Incidents ・ 16 October 2022
Gambling News

Cambodia authorities are adamant that the crackdown on illegal gambling should continue, confirmed Minister of Interior Sar Kheng, who also warning law enforcement officers to avoid getting involved with these crimes. Kheng addressed the issue of online gambling alongside drug offenses while speaking at the inauguration of a new school building in&hellip;
Incidents ・ 13 October 2022
The Phnom Penh Post

‘90 per cent’ of gambling closed down, says official

Police arrest gamblers in the capital's Toul Kork district last month. POLICE More than 90 per cent of illegal business owners have ceased their activities after police launched an eight-day nationwide crackdown. Officers are continuing to suppress operations and have stepped up efforts to educate the public about the dangers of gambling. Sok Phal,&hellip;
Sports ・ 03 October 2022

As the widespread crackdown - ordered by PM Hun Sen on Saturday- against illegal gambling in Cambodia continues, Phnom Penh authorities have revealed the scale of the crime blitz in the capital Colonel San Sok Seiha, spokesman for the Phnom Penh Municipal Police, said that the Phnom Penh Municipal Unity Command cracked down on a total of 44&hellip;
Law ・ 20 September 2022
Khmer Times

Cambodia turns up the heart on phone scammers and online gambling syndicates, 61 nabbed

Sixty-one people, 59 Thais and two Chinese, were detained during raids on a phone scam gang working out of Preah Sihanouk in Cambodia, according to Thai police. Twenty-eight were beng treated as suspects, five had been lured into the operation and rescued and the remainder were still being investigated, Pol Gen Damrongsak Kittiprapas, director of&hellip;
Trust and Safety ・ 24 March 2022

The forces of the Russey Keo District Administrative Unity Command raided another online gambling location as the District Governor continues to push for a clean up and end to gambling activities and other illicit business in Russey Keo. The Unity Command Force, under the leadership of Russey Keo Ek Khun Doeun, carried out a raid to crackdown on an&hellip;
Incidents ・ 21 February 2022
Honolulu Civil Beat

This is the second installment in a new series, " Rolling the Dice," which is taking a deeper look at the perennial question of whether gambling should be legalized in Hawaii. On any given night on Oahu, the Honolulu Police Department's Narcotics and Vice Division is keeping tabs on dozens of illicit gambling rooms scattered across the island in&hellip;
Law ・ 19 January 2022
Gambling News

More than 20 people were arrested and nearly $3 million in assets were seized in two police operations in Thailand earlier this week. The first operation took place in a townhouse located in Hat Yai district on Monday. A day later, on Tuesday, a second police raid in four lower northeastern provinces took place. Police raided a house in Hat Yai&hellip;
Law ・ 22 December 2021
Khmer Times

Officers from the Daun Penh District Unity Command cracked down on four gambling locations in the district. According to an official from the Unity Command, the operation to crackdown on the gambling locations was executed on November 13. The officers conducted investigations and crackdowns in Srah Chak Commune, Sangkat Srah Chak, Daun Penh. The&hellip;
Law ・ 15 November 2021
Khmer Times

The Cambodian authorities have shut down 7 illegal online gambling dens in Phnom Penh on July 3. The raid did not result in any arrests, however, instead, the operators of the illegal sites were simply issued a warning. Police spokesman San Sok Seiha told that the crackdown came after the district authority instructed owners to stop illegal online&hellip;
Law ・ 06 July 2021
Gambling Insider

Cambodian authorities have shut down seven illegal online gambling operations in Phnom Penh. The crackdown didn't result in any arrests, however; instead the operators of the illegal sites were simply issued a warning. The gambling operation used houses to set up establishments where players can top up their accounts and gamble behind closed&hellip;
Law ・ 05 July 2021
The Phnom Penh Post

Singapore Police has arrested 36 people as part of an islandwide operation against illegal gambling and unlicensed moneylending. They are suspected of providing unlawful remote gambling services, operating and gaming in a common gaming house and operating an unlicensed moneylending syndicate, the Singapore Police Force (SPF) said. Officers from the&hellip;
Law ・ 25 June 2021
The Star

BUTTERWORTH: Ten individuals have been arrested here for alleged involvement in an unlicensed public lottery and online gambling. North Seberang Prai OCPD Asst Comm Noorzainy Mohd Noor said the suspects comprised six men and four women, aged between 17 and 51. He said on Thursday (May 20) the suspects were rounded up in raids carried out over two&hellip;
Lottery ・ 20 May 2021
Action News 5

The headmaster of a learning skill development institute has been arrested in northeastern Thailand for allegedly operating an online gambling website, with over 30 million baht in circulation. Armed with a court warrant, police from the Cyber Crime Investigation Bureau (CCIB), on Tuesday searched her house. The officers arrested the 27-year-old&hellip;
Gambling Sites ・ 28 January 2021
Bangkok Post

Police raided 13 premises suspected of running online gambling in Bangkok and Chiang Rai on Tuesday, and impounded assets worth about 1 billion baht for examination. The raids were launched to bring down a gambling website called SCG9, said Pol Gen Damrongsak Kittiprapas, the national police chief. The website had been operating for three years,&hellip;
Incidents ・ 13 December 2022 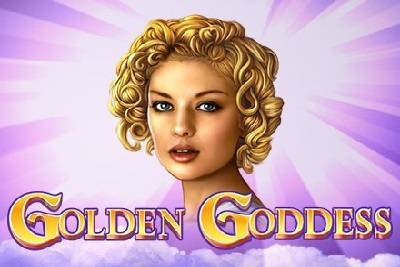