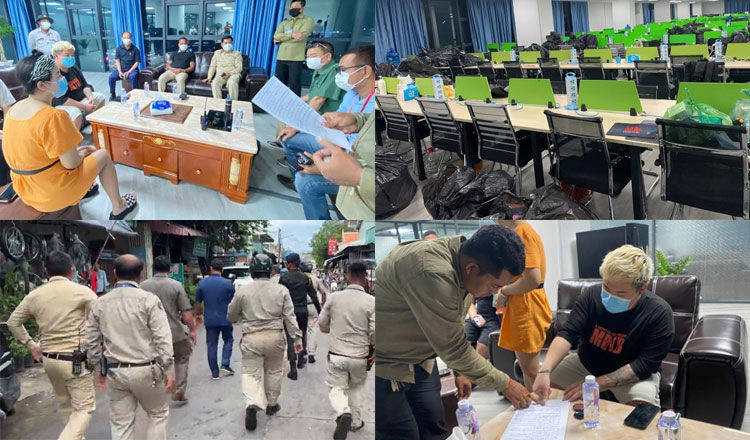 As the widespread crackdown – ordered by PM Hun Sen on Saturday- against illegal gambling in Cambodia continues, Phnom Penh authorities have revealed the scale of the crime blitz in the capital

The Colonel stated that “The results of the crackdown on illegal gambling for 3 days from 17 to 20 September 2022 by 7 am, in accordance with the order of HE Khuong Sreng,  Governor of Phnom Penh and His Excellency Lt. Gen. Thet, Deputy Commissioner and Commissioner of the Phnom Penh Municipal Police have launched a plan and set up a working group to crack down on illegal gambling for the past three days from the 17th to the 20th. 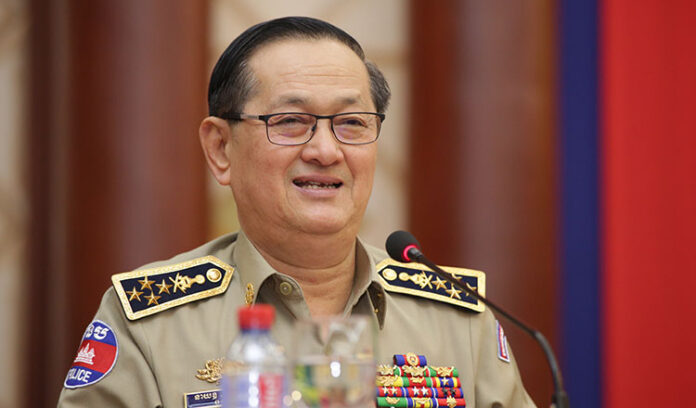 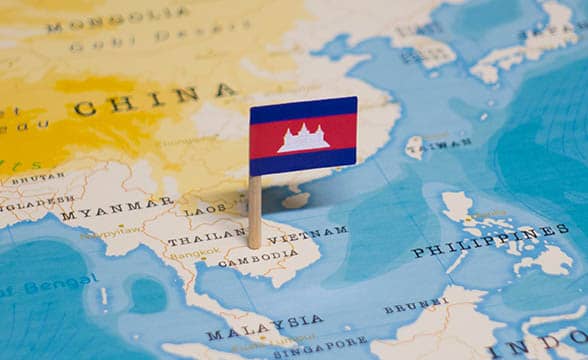 “Illegal pawnshops are a source of crime, gambling and affect the livelihoods of low-income people.” READ MORE HERE:

Cambodian police have been conducting an operation against illegal gambling for more than a week. The results are astounding.
Law ・ 3 days

Police make arrests in illegal gambling raid in Cambodia and Thailand. Over 550 illegal immigrants were detained in Cambodian police, while 40 were arrested in Thailand as a result of an operation involving several agencies.
Law ・ 9 days

Cambodian government needs to put the possibility of banning casinos on the table. Last week, video footage emerged showing Vietnamese nationals fleeing a Kandal province casino where they'd reportedly been held in slavery. The people fled the casino and tried to swim across a river back to Vietnam. According to some reports, a 16-year-old drowned. This took place while the new UN special rapporteur on human rights in Cambodia, Vitit Muntarbhorn, was making his maiden visit to the country. There are other casinos in the same country accused of forced labor. Laid-off workers at the NagaWorld casinos have been protesting since December 2021 over layoffs.
Covid ・ 30 August 2022

Online gambling den operates ‘unhindered’ in middle of Phnom Penh. It is open every day and allows gambling addicts to indulge in their vice uninterrupted. Residents complain that at night the den and area are infested with people of bad character.
Incidents ・ 08 April 2022

90% of illegal gambling businesses in Cambodia have been closed down after police launched an eight-day nationwide operation. The Ministry of Interior will continue to rid the streets of gambling dens.
Law ・ 3 days

An estimated 1,000 Thai nationals in clutches of online gambling syndicates in Cambodia

There are at least 1,000 Thai nationals who remain in Cambodia as alleged forced workers. They are scattered all over the country. Since January 2021, almost 1.5 million Thai national have been rescued. They were duped into working for supposedly lucratively jobs advertised on social media. Some of them were working there on their own free will. Others were forced to work. Several rescue operations have taken place in various parts of Cambodia.
Incidents ・ 08 January 2022

US Concerned by Casino Staff Protest Arrests in Cambodia

US Embassy in Phnom Penh is concerned by the situation at NagaWorld Casino in Cambodia. Union leader was arrested for protesting against the layoff of workers.
Incidents ・ 04 January 2022

Cambodia shut down 79 illegal online gambling websites. The Telecommunication Regulator of Cambodia said the websites were running illegal gambling operations. Online gambling is counter to the government's decree issued on August 18, 2019 regarding the management of electronic gambling businesses operating in Cambodia via the internet. San Chey, executive director of the Affiliated Network for Social Accountability, said gambling remains a problem in Cambodian society. He said it is an addiction for young people.
Gambling Sites ・ 25 November 2021

Officers from the Daun Penh District Unity Command cracked down on four illegal gambling locations in the district. The first location is at House no. 53 and 54, Srah Chak Commune, Khan Dauna Pen, and the second location at Street no., 86, Sangkat Srah Chak. Authorities confiscated 27 computers and 27 monitors.
Law ・ 15 November 2021

20 Thai workers were arrested for illegally crossing the border to work at an online casino in Preah Sihanouk province. They were sent for rapid tests and five of them came out positive. The five posted fake news on Facebook that they were detained illegally by the online gambling owner.
Covid ・ 27 October 2021

20 Thai workers who crossed the border illegally to work at an online casino in Preah Sihanouk province were detained on Friday. They are awaiting deportation through Phnom Penh. Three Chinese and a Thai man involved in running the illegal online gambling were arrested. A Cambodian broker who brought the Thais into the country illegally was also arrested and five of them tested positive for illegal entry.
Covid ・ 24 October 2021

Illegal gambling site in Phnom Penh shut down by authorities

Police raided an illegal online gambling site in Sangkat Choam Chao III Commune, Phnom Penh. The owner of the building has to make a contract to stop the activity. The raid took place on the afternoon of October 17. Police confiscated a lot of items, but they were not able to capture the gamblers.
Gambling Sites ・ 18 October 2021

Chinese authorities are working with their overseas counterparts to clamp down on illegal casinos. A police raid in Cambodia’s capital last week ended up with a shootout and 200 people apprehended.
Crypto ・ 22 September 2021

Cambodian authorities shut down 7 illegal online gambling dens in Phnom Penh on July 3. The raid did not result in any arrests. Instead, the operators of the illegal sites were simply issued a warning. The district authority instructed owners to stop illegal gambling. If they don't, they will be locked down and referred to court.
Law ・ 06 July 2021

Authorities crack down on illegal online gambling in Phnom Penh

Cambodian authorities shut down seven illegal online gambling operations in Phnom Penh. The crackdown didn't result in any arrests, but instead the operators were issued a warning. Cambodia has a strict policy against illegal gambling. Last month, the police raided five different rental houses suspected to be sites of illegal operations and arrested 45 people. In May, 26 people were arrested for illegal betting at a restaurant at the border of Cambodia and Thailand.
Law ・ 05 July 2021