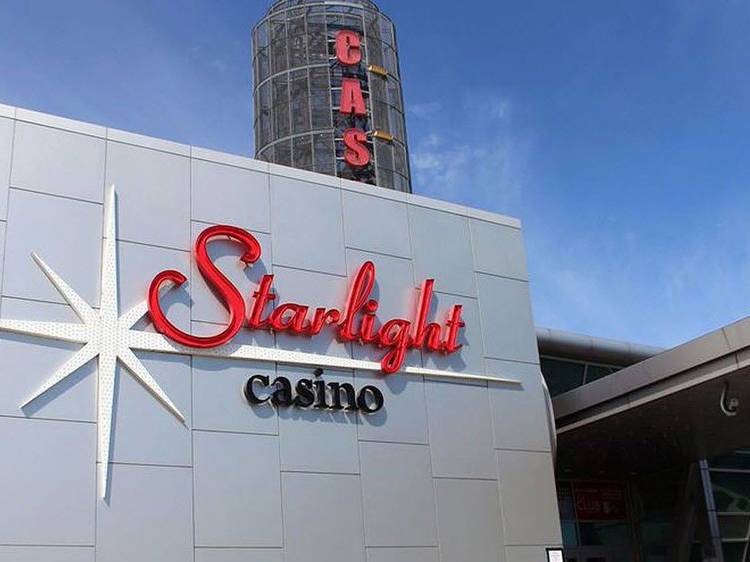 The Village of Point Edward has received $427,063 as its slice of the quarterly gambling revenue at the Starlight Casino for April to June.

The Ontario Lottery and Gaming Corporation announced the payment in a news release Friday, as well as $111,805 Sarnia received as host of Gateway Casinos Sarnia at Hiawatha Horse Park.

The quarterly payments are made to host communities based on a formula applied to all gaming sites in Ontario, the corporation said.

The original slots location at Hiawatha was closed by the province in 2012 and reopened in 2020 with fewer machines.

The City of Sault Ste. Marie has received a quarterly payment of more than $375,000 from OLG for hosting the Gateway Casino. The city has also received more $32 million from the company since the opening of the casino in 1999.
Lottery ・ 12 days

Niagara Falls is being handed a cheque for $6,257,258. The first quarter covers April 1 to June 30, while the fourth quarter is January 1-March 31. Niagara Falls receives this cheques four times annually for being the host community to Fallsview Casino Resort and Casino Niagara. Since CasinoNiagra opened in December 1996, it has received $181,245,788.
Blackjack ・ 20 days

The first quarter payment is part of OLG's commitment to invest profits back in Ontario. Since the first casino opened in 1996, Niagara Falls has received more than $181-million. The payments to host communities are based on a formula applied across all gaming sites in Canada. Since 1975, OLg has provided approximately $55 billion to the people and Province of Ontario to support key government priorities. It also provides money for health care, the treatment and prevention of problem gambling, and support for amateur athletes. In the past seven years, service providers have invested an estimated $1.8 billion in private sector capital development across the province.
Lottery ・ 20 days

Gateway Casinos & Entertainment informs it reopens this March 9th. Cascades Casino North Bay broke ground on May 31, 2019 and was supposed to open in the summer 2020. The construction was halted in March 2020 due to unexpected situation.
Blackjack ・ 01 March 2022

Report for Great Canadian Gaming Corporation predicts that the launch of Ontario's new open iGaming market could have a negative effect on land-based casinos. It predicts a 25% job loss at Gateway Casinos Sault Ste. Marie and a cost of CA$1.9 million over five years to the venue.
Land-based ・ 24 January 2022

Ajax received $1,350,148 from the Ontario Lottery and Gaming Corporation for hosting Casino Ajax. The payment covers the third quarter of 2014. Since February 2006, Ajax has received more than $96.5 million in non-tax gaming revenue.
Covid ・ 22 January 2022

Pickering and Ajax are the hosts of the third-quarter casino payments from the Ontario Lottery and Gaming Corporation. The City of Pickering received $3.135 million for non-tax gaming revenue at the Pickered Casino Resort. Ajax received more than $1.350 million from slot machines and horse race betting at Ajax Casino. Provincial health measures temporarily closed gaming sites on Wednesday, January 5. This closure is expected to last until at least January 26.
Covid ・ 19 January 2022

Gateway Casinos & Entertainment is not worried about the new health and safety restrictions for indoor venues with a capacity of 1,000 or more in Ontario. The restrictions apply to sports facilities, entertainments centres and casinos.
Incidents ・ 21 December 2021

The City of Sault Ste. Marie received $327,408 from Ontario Lottery and Gaming Corporation for hosting Gateway Casinos – S.Marie since May 1999. Since August 16, 2021, all gaming sites in Ontario resumed operations. To date, host municipalities have received more than $1.76 billion in non-tax gaming revenue. The reopening of gaming. sites will give service providers the opportunity to advance their development plans.
Finance ・ 21 October 2021

Gateway Casinos & Entertainment is ready to restart its in-person gambling offerings in Ontario this Friday. The company is on schedule to start operations at its Starlight Casino Point Edward and Gateway Casino Sarnia slots at Hiawatha Horse Park on July 16.
Incidents ・ 14 July 2021

Gateway Casinos has announced the operational status of its gambling venues in the Ontario province. The province was moved from the grey to the red tier by the government. This means that some businesses that were recently closed have received the green light to restart operations.
Covid ・ 07 May 2021

Gateway ready to wade back into the gambling waters in Canada

Gateway Casinos will open 11 casinos in Ontario this week. The company is taking steps toward a complete revival of the casino industry. Only My Club Rewards members will be able to make a reservation. Casino Rama Resort will remain closed for now.  Gamblers will have to reserve their play time online in advance. They can't have more than 50 people on the gaming floor at one time. It is similar to the restrictions found elsewhere in the global casino Industry. . ... A virus called COVID-19 has been spreading in Canada recently.
Covid ・ 19 January 2021