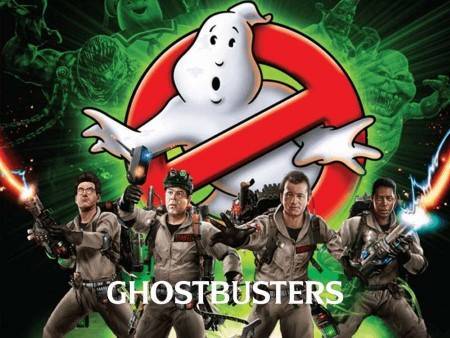 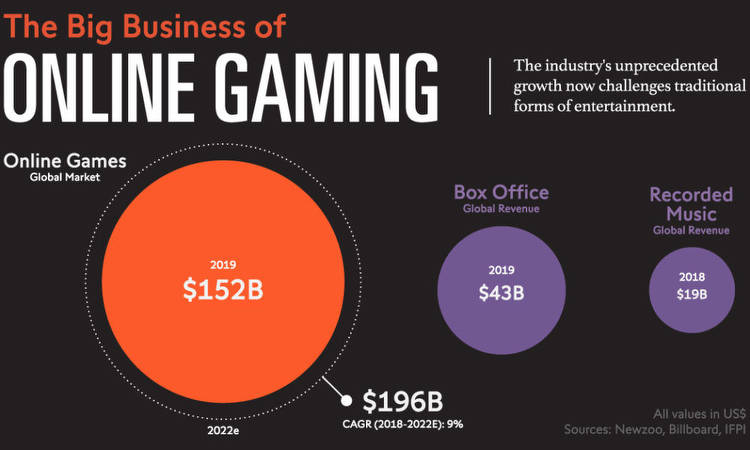 From tabletops to virtual reality, how we play games is changing with the times.

In just a few short decades, the world of online gaming has exploded in popularity. Estimated to reach $196 billion in revenue by 2022, it is now considered to be one of the fastest growing industries on the planet.

The infographic above explores the humble beginnings of the online gaming market and dives into the technological possibilities driving its future.

The Birth of Online Gaming

Although video game prototypes were created by scientists as early as the 1950s, the very first gaming console was not introduced to consumers until the ‘70s. Subsequently, use of online games began to proliferate in the ‘90s as a result of widespread internet adoption.

It is clear that technological innovation plays a huge role in fueling the evolution of online gaming, but there are also several other factors at play.

The Components of Online Gaming

In the world of gaming, there is often confusion between commonly used terms such as “online gaming” and “esports”—when in fact esports is just one segment that sits within the enormous online gaming ecosystem:

This ecosystem creates dozens of revenue streams for the industry as a whole. For every one of these channels, the shift to mobile gaming presents significant opportunities for growth.

Mobile: The Future of Gaming

Mobile is the largest gaming platform, producing $68.5 billion in revenue in 2019—45% of the total market that also includes PC and tablet gaming.

Although still a relatively new segment of the industry, mobile gaming has developed at an astonishing rate, with 2.4 billion people playing games on mobile in 2019. Part of mobile’s breakneck growth can be attributed to an innovative and seamless user experience which relies on engaging features such as in-app purchases and loyalty rewards.

With the 5G era quickly descending upon us, these pocket-sized game consoles could transform online gaming, and make the industry even more exciting.

Towards a New Age of Entertainment

As the number of players continues to grow, it is clear that the technological possibilities of online gaming are endless. Some are already beginning to take shape:

With industry leaders such as Oculus and Valve announcing cheaper headset options, blurring the lines between fantasy and reality is becoming more accessible for mass markets, and the pace could pick up further in 2020.

Cloud gaming takes advantage of faster, more reliable internet connections by giving gamers the ability to stream games rather than playing on a console.

In the future, games could automatically generate game content that is customized to fit each player’s personality and playstyle, based on their player data.

As these technologies develop, they alter the way users experience games, and provide new opportunities for brands and advertisers to tap into enhanced viewer engagement.

Many industry players will thrive in this new environment, while others will fall by the wayside. Who will emerge victorious, and lead us into the future of entertainment?

Apple unveiled the winners of the 2022 App Store Awards, with Respawn's Apex Legends Mobile winning iPhone Game of the Year. 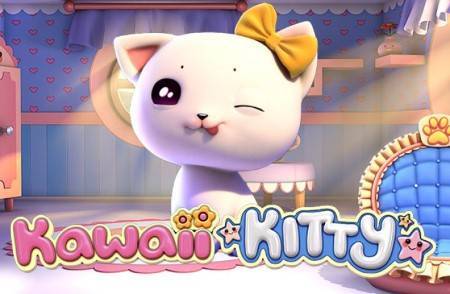 How Big Is The Online Gaming Industry, And What Are The Recent Trends?

Online gaming industry is growing fast. It's a huge business and doesn't look like it's slowing down any time soon.
Strategy Guide ・ 31 October 2022
Montreal Times

The global gaming market is expected to grow beyond half trillion dollars by 2030. Report forecasts a compound annual growth rate for the industry exceeding 10%. The growth will be fueled by the rising popularity of mobile gaming, real money and casual genres, esports and live streaming of games. The advance of 5G networking will significantly lower issues such as gaming lag and improve user experience in cloud gaming. The issues related to mental health, addictions and obsessive gaming will act as a restraining factor for growth of the global market.
Industry ・ 02 September 2022

Augmented reality is revolutionizing the gaming industry in India. The gaming sector has expanded since the introduction of Android by Google. The goal of developers of technological solutions is to enhance the user experience. When creating a gaming app, a competent mobile game developer understands how to optimize the experience and maximize the advantages of augmented reality for games.
Industry ・ 02 September 2022
Techstory

The gaming industry is growing. There are many exciting innovations and tech trends in the industry. The following are the top tech innovations revolutionizing the gaming world.
Industry ・ 30 July 2022
Super Slots Casino

The tech industry faces some tough challenges in 2021. The worldwide shortage has impacted many highly regarded industry players. Technology companies and gaming are known for adaptability.
Industry ・ 15 June 2022
Nilsen Report

Technology has changed the online gambling industry in a significant way. The following are some of the technological advancements that are shaping the future of online gaming.
Innovation ・ 03 May 2022
Tech Gaming Report

Why Are PC Games Losing Out? Are Desktop Games Dead?

PC games are losing popularity. Mobile games have increased their market share. In 2020 PC games held a market Share of 24%, while mobile games had 48%. The market shares of PC Games has been increasing over the years. In this article, we try to break down the jargon behind the gradual demise of desktop games.
Incidents ・ 07 April 2022

The gaming industry is advancing at a breath-taking pace due to new digital tech innovations. It's predicted that it will grow from $173.7 billion in 2020 to $314.4 billion by 2026. In this article, we will cover tech advances in the gaming sector that have made it the most popular industry on a global scale.
Mobile ・ 21 March 2022
Yabby Casino

The COVID-19 pandemic had a significant impact on gaming trends worldwide. People were forced to look for alternative entertainment activities. In 2020, the worldwide gaming market recorded a 23% increase in revenue. The market generated revenues going beyond $177 billion. There are an estimated three billion players in the online gaming world.
Covid ・ 19 February 2022
The Cornwall Free News

What’s to Come in 2022 and Beyond for Online Gaming

The online gaming industry is growing at a very high rate. Global Newswire expects the global market share for the industry to reach $545.98 billion by the year 2028. Mobile gaming is one of the biggest reasons for this growth. In 2021, there were 80 billion mobile game downloads. Players spent $100 billion on mobile games in 2020 and played an average of 4.2 hours a day.
Industry ・ 07 February 2022
Analytics Insight

How is AI Transforming the Future of the Gaming Industry?

AI in gaming means adaptive as well as responsive video game experiences facilitated through non-playable characters behaving as if they are being controlled by a human game player. Researchers have been employing AI technology in unique and interesting ways for decades.
Industry ・ 27 November 2021
Analytics Insight

How Mobile Games Have Helped Develop The Gaming Industry. Mobile gaming has become a staple in our culture and continues to grow. Newer technology has allowed for more immersive graphics and gameplay.
Industry ・ 04 October 2021

Before the COVID-19 pandemic, cloud gaming trends were making headlines. Cloud gaming is an extension of network infrastructures. Data stored in cloud repositories can be accessed from anywhere with significantly less latency.
Innovation ・ 30 August 2021
Android Headlines

How Mobile Gaming Is Overtaking Console And PC Gaming

Mobile gaming is set to overtake PC and console gaming in popularity and revenue. PC gaming will struggle to keep up and maintain market share. It is possible that other segments of the gaming industry could innovate to make themselves more attractive to mobile gaming users.
Mobile ・ 26 August 2021
Tech Financials

The Future Of The Gaming Sector

The gaming industry is growing rapidly and has a current value of nearly $300 billion. Technological advancements have made gaming more accessible and cheap to a global audience.
Mobile ・ 05 July 2021
Augusta Free Press

The global online gaming market generated around $21.1 billion U.S. dollars in revenue in 2020. China, Japan and South Korea have the biggest gaming reach. The online game audience is projected to surpass 1.3 billion in 2025.
Industry ・ 29 June 2021
The Northlines

The report of KPMG forecasts the rise of the online gaming industry of India with a rate of around 22.1 percent by the year 2023. The industry grew with cutting-edge technologies and with an ecosystem encircling investors, marketers, developers, and designers.
Industry ・ 07 May 2021

Online Gaming Industry: The Rise of a Multi-Billion Dollar Market

The global online gaming market is expected to reach $196 billion in revenue by 2022. North America and Asia are the biggest gaming regions accounting for 78% of the global revenue.
Industry ・ 27 January 2021
Net News Ledger

The casino industry has experienced a huge growth because of the fact that players can access their preferred casino online. Here are the emerging techs driving the growth of online slot games.
Innovation ・ 19 January 2021
Mighty Gadget

There are many licensed UK casinos offering players a safe, fair, immersive casino experience from the comfort of their own home. There are technological solutions for online casinos that have made these upgrades possible.
Mobile ・ 19 January 2021
PowerUp

Daniel Bennet is the featured author of the list of I-gaming innovations. The list includes virtual reality, augmented reality and cloud gaming. The global I gaming industry is expected to be worth over $45 billion by next year. It is important for operators to stay on the lookout for new technologies and changing trends. iReport.com has compiled a list with the most popular I Gaming innovations and their prospects.
Innovation ・ 19 January 2021 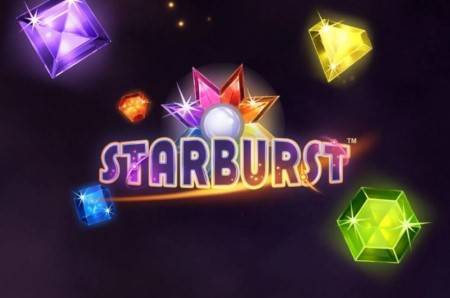