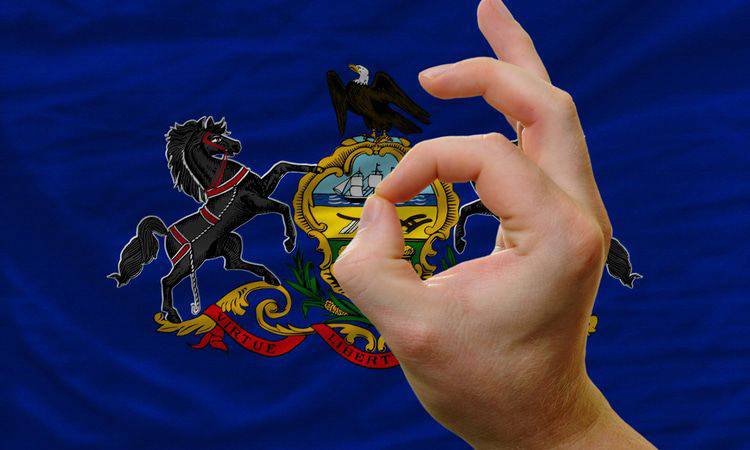 The Pennsylvania Gaming Control Board fined three casinos for violations of regulations and gave a green light for opening of a mini-casino in Berks County and an OTB race and sportsbook in Chester County. It also approved two casinos’ plans to reduce their number of slot machines and heard one casino outline an intensified program to prevent gamblers from leaving children unattended. October represented a record $89 million month for table games revenue at the brick-and-mortar casinos and $200 million for slots revenue.

The board approved two fines against affiliates of Penn National Gaming. Hollywood Casino at Penn. National Race Course was fined $57,500 for allowing access by nine players on the state’s self-exclusion list to its iGaming platforms. Presque Isle Downs & Casino was also fined for letting alcohol consumption on gaming floor in October 2020. Harrah”s Philadelphia was fine $22,000 for two instances of theft by patrons.

Penn National Gaming affiliates were fined $57,500 for allowing access by nine players on the state’s self-exclusion list to its iGaming platforms at hollywoodcasino.com and barstoolsportsbook. com. $25,000 fine was imposed for failure to prevent four under-21s from getting onto the gaming floor at Hollywood Casino at Penn National Race Course. Presque Isle Downs & Casino was fined for letting alcohol consumption on gaming floors in October 2020. Harrah”s Philadelphia was also fined over theft by patrons.

Penn National received the go-ahead for its plan for 30 table games at Hollywood Casino Morgantown. The state's newest mini-casino is expected to open in December. Penn National opened its similar Hollywood casino in York in August.

Parx Casino received approval for its new Parx Race and Sportsbook at Malvern. ParX has one other location combining a sportsbook and OTB parlor in South Philadelphia. The new location will be a Chickie's & Pete's restaurant with the sportsbooks and an OTBs. It is expected to open in December.

Penn National will reduce the number of slot machines at its two casinos. The Washington County location will have 317 fewer slots, while the original Dauphin County casino will see 191 fewer slot machine. Competition from grey-market games and other factors are to blame. The board approved the cutbacks without loss of revenue or jobs.

GCGB has placed 131 people on its involuntary exclusion list for leaving children in cars in casinos. Valley Forge Casino Resort has implemented a six-part plan to address the issue. It includes increased signage, employee training, a private security service hired to patrol its parking areas and installation of infrared surveillance cameras. The PGCB commended Valley for its proactive approach.

Mountainview Thoroughbred Racing Association, which manages the Hollywood Casino at Penn National Race Course, was fined $57,000. Presque Isle Downs and Casino, as well as Chester Downs & Marina, the operator of Harrah's Philadelphia Casino and Racetrack, were fined a total of $150,00. Failings involved self-exclusion, underage gambling and alcohol service. The PGCB’s Office of Enforcement Counsel and three casino operators approved consent agreements. It was to prevent spread of Covid-19.
Covid ・ 11 November 2021

Penn National Gaming Inc. was fined $57,500 for allowing self-excluded individuals to access and gamble on its websites. The second fine was for the Hollywood Casino at Penn National Race Course in Dauphin County. PID LLC, operator of Presque Isle Downs and Casino near Erie, was also fined for violation of the Governor’s COVID-19 Safety Order regarding alcohol service.
Law ・ 13 November 2021

Pennsylvania registered record revenue of $413182161 last May. Slots, internet tables and sportsbooks made $67.2m, while video game terminals, truck shops and online poker made another $2.6m. Hollywood casino, Penn National, made the largest share of the revenue, at $62.9m from its various channels. Online gaming made at least $100m last year.
Finance ・ 18 June 2021