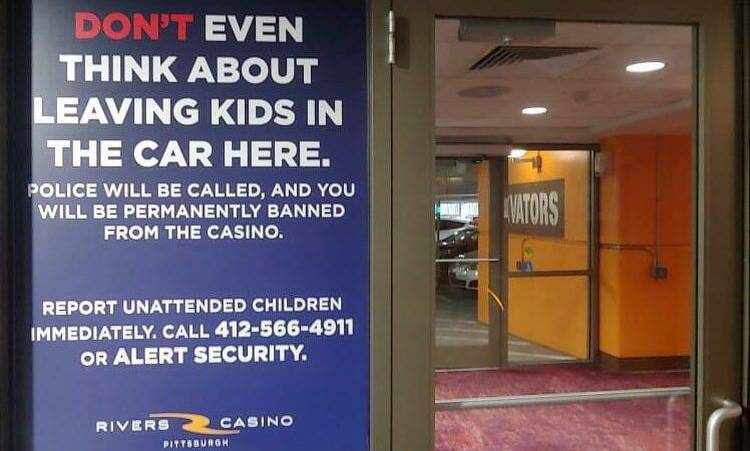 PA Gaming Control Board voted to ban eight adults from the state's casinos who left their kids to gamble. The agency announced the launch of a “Don’t Gamble With Kids” campaign. It also created a special website, DontGamblewithKids.org. The board has spent the past several years focusing on the problem with casinos. They have increased their efforts to prevent incidents where patrons leave children behind in cars for minutes or even hours while playing inside.

This year, 269 incidents involving 441 minors left unattended while their parents were gambling has been recorded. The agency took some of the state's funds dedicated to gambling issues and channeled them to the new campaign. PSAs aimed at parents and guardians are aimed to raise awareness among the wider public that patronizes casinos. They hope the public will alert the venues' security and surveillance staff.

PA Gaming Board is concerned about gambling-related abandonment of children. Valley Forge Casino Resort has budgeted $800,000 this year specifically on efforts aimed at cases of abandoned children and has installed infra-red cameras and posters warning patrons not to leave kids behind. The resort has 36 unattended minors on the property this season. In 30 of those cases, the children were reached by staff in under four minutes.

Parx Casino fined $10,000 for underage gambling. 18-year-old played craps for seven minutes without showing ID. He was stopped by staff and escorted out. Board fined Mount Airy Casino Resort $160,00 for similar cases. Parents of minors involved in those incidents were added to the involuntary exclusion list.

Rivers Casino Pittsburgh will remove 97 slot machines from its gaming floor. The reduction will provide more space and comfort for patrons. Rivers is the most recent casino to get permission to reduce its slot count since the return from mandatory COVID shutdowns in 2020. 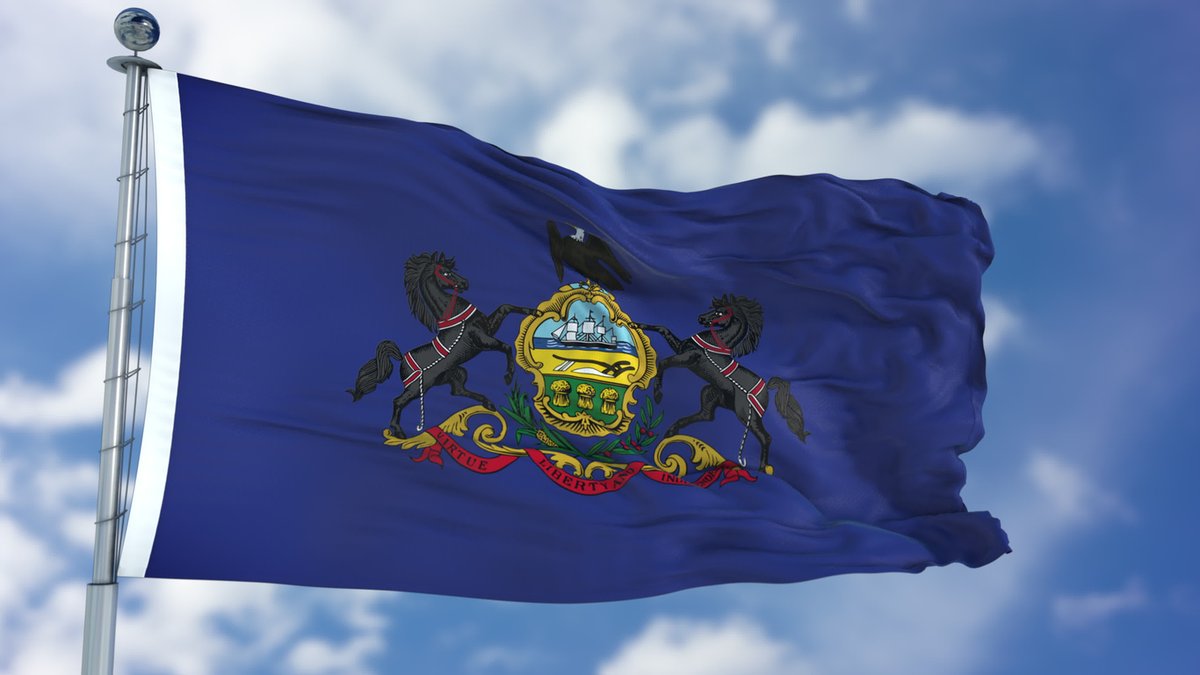 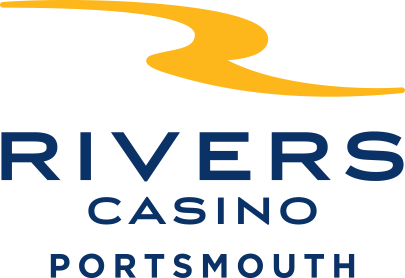 State should heed its own advice on kids and gambling

Pennsylvania Gaming Control Board wants to make public service announcements about not gambling with kids. It's a silly solution for a serious problem.
Law ・ 3 days
NBC News Online

Editorial by Philadelphia Daily News/Inquirer: Don’t gamble with kids? The state should heed its own advice.

Pennsylvania's gambling board wants to make public service announcements to prevent kids from gambling. The board has a website with the message "Don't Gamble with Kids".
Gambling Addiction ・ 4 days

Pennsylvania's gambling board wants to make public service announcements to prevent children from gambling. It will be on TV, radio, and social media.
Gambling Addiction ・ 5 days
The Courier Express

Don’t gamble with kids? The state should heed its own advice

Pennsylvania's gambling board wants to make public service announcements to prevent children from gambling. It will be on TV, radio, and social media.
Gambling Addiction ・ 7 days
Super Slots Casino

Board also places seven adults on exclusion list for gambling at casinos while leaving children unattended. Parx Casino in Bucks County was fined $10,000 for allowing an 18-year-old male access to the gaming floor and gambling. Board also banned seven adult from all Pennsylvania casinos for leaving 13 children alone to gamble. The Board’s actions serve as a reminder that adults are prohibited from leaving minors unattending in the parking lot or garage, a hotel, or other venues at a casino.
Law ・ 21 days
Yogonet

The Pennsylvania Gaming Control Board has reported gaming revenue results for October. The combined revenue general from all forms of gaming amounted to $450.2 million.
Finance ・ 21 days
Philly News

Pennsylvania's Gaming Control Board has seen a 60% increase in reports of parents leaving their children alone in casino parking lots or hotel rooms. The agency's Bureau of Casino Compliance has received 269 reports this year. 68 of those reports involved children under 6 years old. Eight people were added to the public exclusion list. They were banned from all casinos in the state. Adults who leave their kids alone to gamble could face serious consequences. They could be banned for life from individual casinos or placed on the list of people banned. People concerned about gambling habits can find more information about the resources through the "Don't Gamble With Kids" website.
Travel ・ 21 days

Gambling in Pennsylvania: Too many kids left alone while their parents play

There are too many children left alone while their parents play gambling in Pennsylvania. The state gaming board announced a plan to protect children from degenerate parents. So far this year, 441 children were left unattended, including 68 who were 6-years-old or younger.
Law ・ 22 days
Yabby Casino

Before leaving your kid alone in a car to gamble at a casino, consider this

Eight people were banned from Pennsylvania casinos on Wednesday because they left their children in cars while they went inside. Since the beginning of last year, nearly 700 kids were left alone on casino properties in 425 incidents. Most of them involved children being left in vehicles. Unattended children have been a problem for Pennsylvania’s gaming industry since the state”s first casino opened in 2006. From 2018 to 2021, there were 147 incidents at Wind Creek involving 268 children. Some were between 2 months and 17 years old. Wind creek told the Pennsylvania Gaming Board in May it would spend more than $4 million on patrols to look for children at the casinos.
Law ・ 21 October 2022
NBC News Online

Two patrons of Rivers Casino Pittsburgh have been banned from all casinos statewide for leaving children alone in their cars. Stadium Casino RE, LLC, operator of Live! Casino Philadelphia, was fined $10,000 for two incidents involving unauthorized access to restricted areas of the facility. The consent agreement is available upon request through the PGCB’s Office of Communications. It is the first agreement between OEC and this operator since the opening of its casino in January 2021. The board”s actions serve as a reminder that adults are prohibited from leaving minors unattended in the parking lots or garages, hotels or other venues at casinos.
Land-based ・ 20 October 2022
Casino Guru

Two adults have been banned from entering casinos in Pennsylvania. They left their children in a hotel room while they were gambling in the adjoining casino. The PGCB and casinos are working together to prevent such incidents. Many casinos have doubled their patrols on parking lot premises and installed additional cameras. Businesses have submitted action plans to the P GCB to address the problem. . ... In May, PGAB Director Dough Harbach said that such instances were more common now that COVID-19 restrictions had been lifted.
Law ・ 24 August 2022
The Epoch Times

Unattended children are a problem at Pennsylvania casinos.
Travel ・ 19 May 2022
Penn Bets

State Rep. Dan Frankel and Sen. Jay Costa want to change the law to ban casino smoking. The 2008 law bans smoking in restaurants and other public spaces, but it allows casinos to allow smoking on up to 50% of the gaming floor. Parx Casino, the state's largest, requires smokers to go outside to light up. Mount Airy Casino Resort has also initiated its own ban. The state revenue figures suggest that the ban does not harm the casinos. It is a health issue for non-smokers. They prefer to be in venues where they don't have to deal with cigarettes nearby.
Law ・ 17 March 2022
We Are Central PA

Four parents banned from Pennsylvania casinos after leaving their children in the car or hotel room. They were placed on the Board’s Involuntary Exclusion List.
Games ・ 20 January 2022
Gambling News

Valley Forge Casino Resort in Pennsylvania is installing infrared cameras to catch irresponsible parents leaving their children in cars in the parking lot. The company is spending $776,000 on prevention and educating patrons about leaving unsupervised minors. In 2021 alone, there have been 22 such incidents compared to 15 in previous three years. There will be warning signs that explicitly prohibit this behavior. It is a problem that usually attracts bad press.
Travel ・ 15 November 2021

The Board of the Pennsylvania Gaming Control Board took action related to the permitting of underage gambling at a casino and children left by parents in cars in the parking lot of a casinos. Greenwood Gaming and Entertainment, Inc., operator of Parx Casino in Bucks County, was fined $10,000 for allowing an 18-year-old to enter the gaming floor and gamble on slot machines. Three people were placed on the PGCB's Involuntary Exclusion List for leaving their children in a car in parking lots.
Law ・ 18 October 2021
Penn Bets

Parx Casino in Pennsylvania has been fined $10,000 for an incident involving an 18-year-old who accessed the gaming floor and played slot machines for less than a half-hour. The incident occurred in September 2020. Parx self-reported the violation of state law. The gambling board Chairwoman Denise Smyler raised a concern about the possibility of people with COVID symptoms getting into the casino during the pandemic.
Covid ・ 15 October 2021
Yogonet