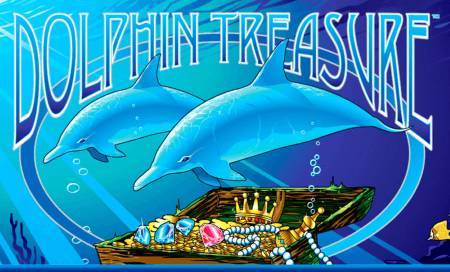 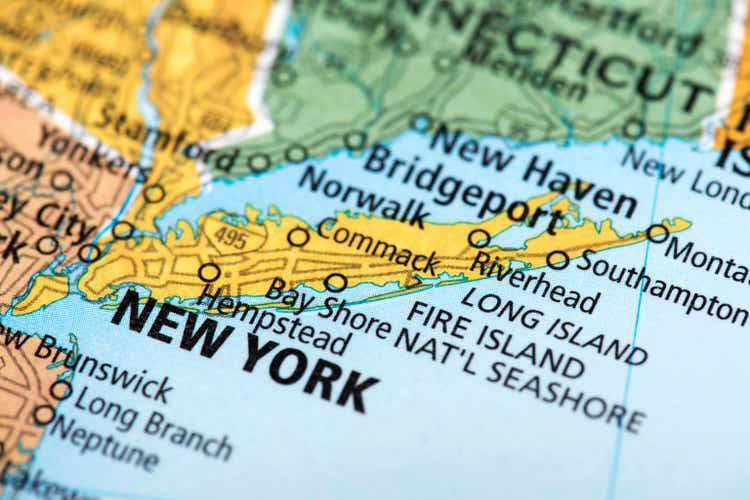 The company said it has entered into agreements to purchase the long-term lease of the site currently home to the Nassau Veterans Memorial Coliseum. The transactions would grant the company control of up to 80 acres in Nassau County, New York.

LVS noted the integrated resort components of a Long Island development would include outdoor community spaces, four and five-star hotel rooms and a world-class live performance venue. The casino operators plans to work with local Long Island communities to co-create a development plan and bid that ensures that the new integrated entertainment and hospitality resort maximizes economic opportunity.

The backdrop for the LVS development is that the New York State Gaming Commission is taking bids for three downstate casino licenses to open up access to the large New York City gaming market.

Union Gaming analyst John DeCree updated recently that downstate New York is the most lucrative remaining greenfield casino opportunity in the U.S., although it will take a sizable investment with the minimum capital investment excluding land/infrastructure at $500M. Of note, the New York gaming board also reaffirmed the $500M minimum license fee, which means interested parties are on the hook for at least $1B of capital. Operators will also have to factor in a statutory minimum gaming tax of 25% on slots and 10% on table games or decide if they want to propose even higher rates to land a license. Earlier in the year, Union Gaming estimated that three full casinos in the New York City area could generate $4.8B of gross gaming revenue. 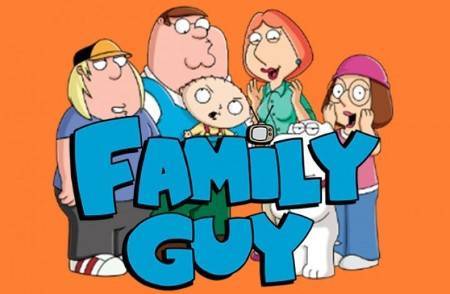 Las Vegas Sands proposes a multi-billion dollar casino, entertainment complex on the Nassau Coliseum site. The company entered into an agreement with the developer to lease the county-owned land and applied for one of three downstate New York gaming licenses. There was no decision on whether the Coliseum will be demolished. The $4 billion investment would be funded privately. Nassua County Executive Bruce Blakeman has an open mind about the proposal. He says the valuable property will not remain vacant. It will need community buy-in. A former governor is on a team pitching the project.
Finance ・ 17 days
WSHU

Sands Corp. is applying for a license to operate a casino at the former Nassau County Coliseum in Uniondale. The company has entered an agreement to purchase the long-term lease of the 80-acre property. It is expected to be awarded a commercial gaming license later this year. The cost of obtaining a licence is around $500 million. There is a $1 million application fee. Nassua County Executive Bruce Blakeman supports the project. Stuart Robinowitz was opposed to a Long Island casino in 2014, but he has since changed his mind.
Law ・ 16 days

Las Vegas Sands Corp. wants to build a multibillion-dollar resort on Long Island, New York. It wants one of three downstate New Yorkers casino licenses. Several Las Vegas companies and others with Nevada connections have announced plans to bid for licensing in NewYork. Sands is expected to be a key player in efforts to legalize casino gambling in Texas. The state’s Gaming Facility Location Board approved its rules and issued a request for applications. The application fee is $1 million. Caesars Entertainment Inc., Wynn Resorts Ltd., Genting Group, Hard Rock International, Bally”s Corp., and Rush Street Gaming are interested in the licenses, as well.
Land-based ・ 17 days
ABC 7 NY

The Las Vegas Sands announced plans to pursue the development of a multi-billion dollar casino and entertainment project on Long Island. The company has agreed to purchase the long-term lease of the Nassau Veterans Memorial Coliseum. It would allow the company to control about 80 acres in Nassua County. Some local groups would prefer a different direction. The deal must still meet state approval. "It would be governmental malpractice not to listen," Bruce Blakeman said. He is the County Executive. Mr Blake is open-minded. His predecessor, Robert G. Goldstein, is also the CEO.
Industry ・ 17 days
Super Slots Casino

Players can claim the SUPER300 bonus code on their first three deposits only. The minimum deposit amount required to redeem each bonus code is $25. This bonus is not valid in the Live Dealer Casino. The deposit plus bonus amount is subject to a 45X playthrough requirement before any winnings can be withdrawn.
The Real Deal

The Las Vegas Sands entered New York's casino sweepstakes. The company has entered into an agreement to purchase the long-term lease of the Nassau Veterans Memorial Coliseum site in Uniondale on Long Island. It's the latest entry into the race for one of New Yorkers' three downstate gaming licenses. The county executive is waiting for the community to weigh in on the proposal. There is a crowded competition for a gaming license. Regulators are expected to favor two sites that already have gambling. Only one license is up for grabs.
Bonuses ・ 18 days
The Bronx News 12

Las Vegas Sands plans to lease Nassau Coliseum for a multibillion-dollar flagship casino. The company has entered into agreements to purchase the long-term lease of the site currently home to the Nassua Veterans Memorial Coliseum. It would grant the company control of up to 80 acres in Nassu County. The plan is to have community spaces, four and five-star hotel rooms, a world-class performance venue and a luxury day spa.
Land-based ・ 18 days
Newsday

Las Vegas Sands has submitted a bid to build a privately-funded, multibillion dollar tourism destination on the site of the Nassau Coliseum. The company is willing to spend an estimated $4 billion on this project. It would include outdoor community spaces, four and five-star hotel rooms, a world-class live performance venue and a gambling casino. The development would also feature celebrity-chef restaurants, "experiential events and venues" and meeting and convention space, including ballrooms. New York State opened the application process for casino operators seeking to built full-scale, Vegas-style gambling facilities in the downstate region.
Industry ・ 18 days

Las Vegas Sands will bid for a casino license at the Nassau Veterans Memorial Coliseum site on Long Island, New York. The company has entered into agreements to purchase the long-term lease of the site. It would grant the company control of up to 80 acres in Nassua County. The integrated resorts components of Long Islanders development would include outdoor community spaces, four and five-star hotel rooms, a world-class live performance venue and a luxurious day spa. Other amenities would be celebrity chef restaurants, experiential events and venues, flexible meeting and convention space, including ballrooms.
Travel ・ 18 days
Yabby Casino

Las Vegas Sands is considering opening a casino in Long Island. The company has no domestic gaming properties. New York voters approved a constitutional amendment in 2013 to allow the state to grant full-gaming licenses for up to seven private casinos statewide. The first four were allowed upstate, but now the chance opens for them to be built across the downstate region. State officials released criteria they will use to determine how the new casino licenses will be awarded and opened up the bidding process. Applicants will have to pay the New Yorkers at least $500 million fee for the permits.
Law ・ 18 days
World Casino News

Las Vegas Sands wants to build a new tourism destination on the site of the Nassau Coliseum in downstate New York. The destination is expected to be worth about 4 billion dollars. It will include a gambling casino, outdoor community spaces, four and five-star hotel rooms and a world-class live performance venue.
Land-based ・ 18 days
Yogonet

New York State officials have released the criteria they will use to determine how up to three new casino licenses will be awarded. The operators awarded licenses to run any of the New York City-area properties will have to pay the state at least a $500 million fee for the permits. Any development proposed must have at at minimum a$500m capital investment. Applicants must secure two-thirds support from a local board. They must also obtain local zoning approvals. Board has opened a window until February 3 for questions from interested parties. It will then launch a second round of questions. Final decision on the licenses is not yet made.
Industry ・ 26 days
Vegas Slots Online

Caesars Entertainment and SL Green are partnering to submit a bid to build a casino in Times Square.
Travel ・ 20 October 2022

Staten Island Borough President Vito Fossella is the latest official to make a pitch for one of the three downstate casino licenses that will be under consideration by the New York State Gaming Commission. Two racinos at Yonkers and Aqueduct are considered likely to receive the license.
Gaming Authorities ・ 26 October 2022
iGaming Business

New York approves plans for three downstate casinos. The state lawmakers fast-track the issuance of the three Las Vegas-style commercial gaming licences. It comes a decade after authorisation was given for seven commercial casinos, of which four were located upstate. Public hearings on the proposals must be held and a local panel must approve a casino siting plan. The downstations region spans New York City, Long Island and Hudson Valley. There is an estimated population of 13 million. Two of them could be situated in Queens and Yonkers, with a third linked to Manhattan.
Gaming Authorities ・ 12 April 2022
Vegas Slots Online

Las Vegas Sands will pursue the development of a flagship hospitality, entertainment and casino project on Long Island, New York. The company has entered into agreements to purchase the long-term lease of the site currently home to the Nassau Veterans Memorial Coliseum. New Yorkers are taking bids for three downstate casino licenses. Union Gaming estimated that three full casinos in the NewYork City area could generate $4.8B of gross gaming revenue.
Industry ・ 15 days 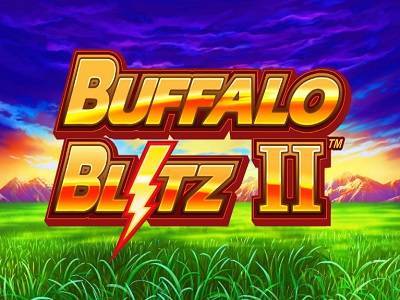