Will casinos or the legislatures save racing? 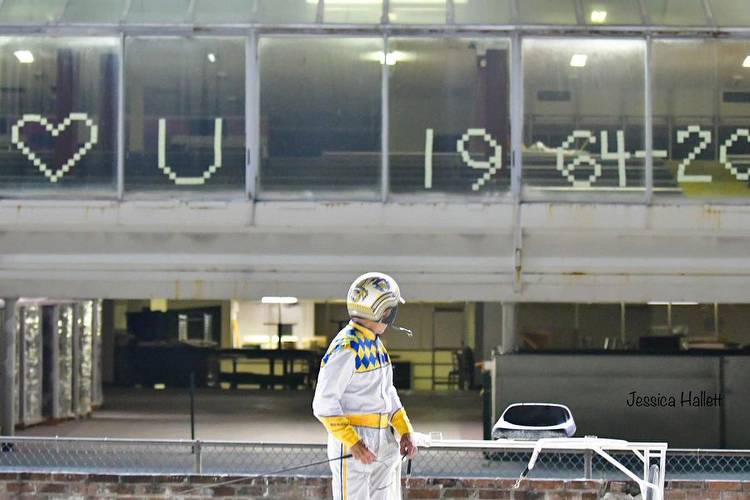 Harness racing is facing continuous problems in jurisdictions where there is no casino attachment—or, in the case of some places, like Florida, where there is/was.

The problem is greed, legislative lethargy and competition—the latter including the lottery.

Yes, racing is hanging on with, in most cases, decreasing handle and attendance with the ability to wager from the comfort of your own home.

Casinos (racinos) have popped up in recent years keeping our grand sport alive…but it’s been an ongoing cloudiness in the skies above with continual threats of storms ahead.

Some casinos have kept their word—or have been forced to—while some have gotten to the State legislators attempting to destroy a huge agricultural force in their respective States.

When the horsemen and women took to the streets to muster up the votes to allow casinos in some Florida counties, it was with the understanding that the allowance was predicated on the fact that racing would continue to be a staple for the thousands of participants—whether they be directly related to the daily or nightly racing in Florida, i.e., owners, trainers, drivers, caretakers, veterinarians, track employees, tack shop owners, farriers (blacksmiths), officials and vendors—or businesses that would potentially benefit from increased traffic from out of State and Canada, including real estate agents, horse training facilities, area restaurants, shopping centers, supermarkets, service stations and little mom and pop stores.

The vote, as you know, passed easily in Broward County and the voters overwhelmingly guaranteed the future extension of Pompano Park’s history, at that time, measuring 43 years.

Over the year promises were broken and there was but one legislator in Florida—ONE—Dan Daley, who fought long and hard, tooth and nail, for the track’s survival.

Sadly, he was alone in his fight.

The Governor put the nail in the Florida harness racing coffin by locking the very voters out and signed the de-coupling bill without voter approval or even the opportunity to have a say in the matter allowing the casino to destroy the lives of thousands and, in doing so, took a huge chunk out of Florida’s formerly rich agriculture history.

Now, it’s time to try and guard against the same thing happening in other States.

But it won’t be easy, and it will take some forward-thinking innovations—something our industry has been slow to do in the past—to survive.

And, instead of focusing on the industry, itself, the focus should be on the ones who try and keep the industry alive—the bettors.

Would you go into a casino if they advertised a takeout of 15% to 35%?

But that is exactly what our dedicated fans face—whether it be at the track or in a simulcast facility or on their living room sofa.

So, here’s what has to be done…and it can be done in a couple of ways.

One, casinos with track attachments can earmark a portion of their takes to lower the takeout to entice more action…but, of course, they won’t do that!

But State legislators can lower taxes on casinos with that money earmarked to lower the pari-mutuel take for the bettor to the same level as their slot take—say, 8% on all wagers, whether it be win, place, show, DD, tri, super, Pick-3, Pick-4, Pick-5, Pick-6, Super Hi-5, EVERYTHING 8%.

Amazing what the legislators can do if they want.

Heck, slicksters were thrown in jail for the numbers racket back in the ’20’s and ’30’s with the 50% rake and, all of a sudden, it became legal with the lottery with a take of 50%, as well.

Handle would increase substantially just with the churn effect based on an 8% takeout.

The lower the takeout, the higher the churn, especially on exotic wagers.

That’s more money to churn and it’s a win-win situation for the industry and it’s also “better for the bettor!”

Want more participation in the sport, do what they are doing in the workforce, PAYING MORE! The “whales” are waiting patiently.

This new innovation could, indeed, help casino revenue, as well as restaurant revenue with ads for free play or restaurant discounts in the racing programs.

For those who pooh-pooh the idea and say it’ll never work, the same thing was said about cell phones, cable television, the internet, organ transplants or putting a man or women in space.

It’s about time someone takes the bull by the horns. If it doesn’t work, racing is no worse off than it is this very day.

But the pulse is weak and, while times are getting faster on the racetracks, time is running out for a sport we all love! 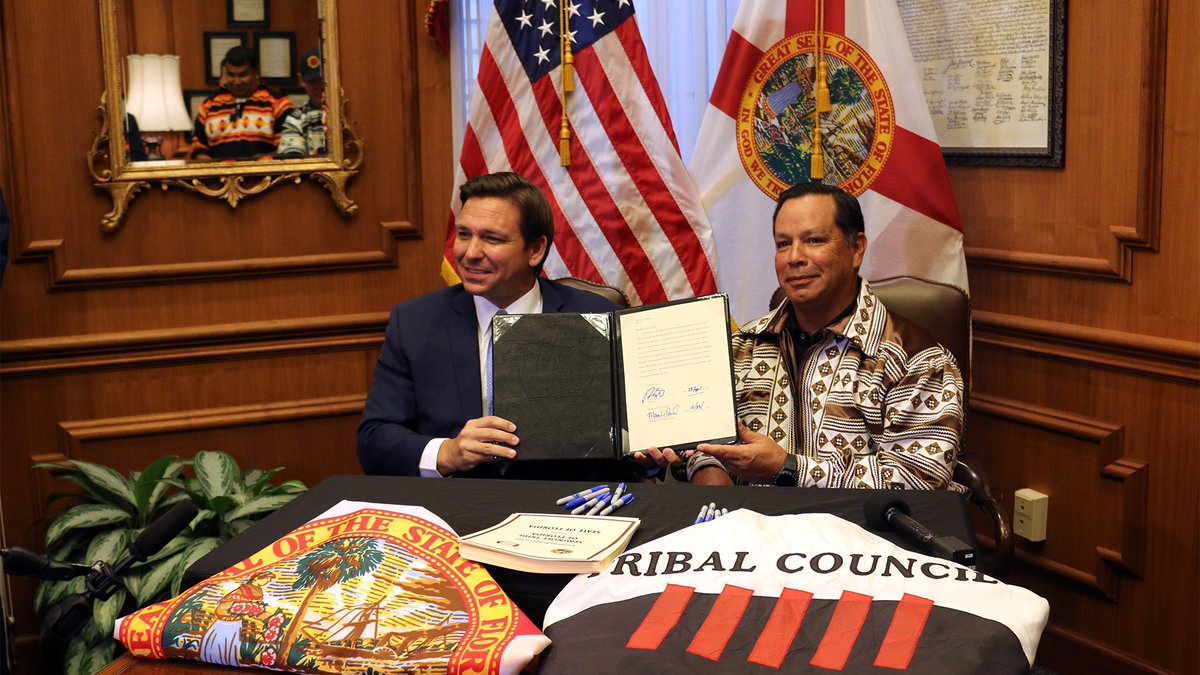 The tools provided by @USintegrity will ensure that @MaximBetUSA meets the compliance requirements of its operating states and is safe from harmful #wagering activities. 💯

How Do People from Florida Enjoy Gambling in Their State?

There are a lot of casinos in Florida. The most important thing is to have a good time and play appropriately. Land-based and cruise ship casinos are available in the state. Some casinos have dress codes. It's always aGood idea to double-check the regulations at each casino beforehand. Florida casinos provide a broad variety of activities. Everything from roulette wheel to the dog track is available. A trip to a Florida dog race has appeared in several novels. Cruise ships are also available for tourists.
Law ・ 12 days

Will casinos or the legislatures save racing?

There are casinos in some places, but in others there is no such connection. Florida's governor broke promises to the horsemen and women to allow casinos and destroyed their industry. The industry needs forward-thinking innovations to survive. It's time to guard against the same thing happening in other States. The horse industry has been slow to do this in the past. it will take some forward thinking innovations. to save it. in Florida. In the state, only one legislator fought for the track's survival. He was locked out by the governor. and signed the de-coupling bill without voter approval.
Sports ・ 15 days

In 1865, Pierre Oller invented pari-mutuel wagering. It became the most popular betting method on horse races. Today, the business model that kept the game afloat is losing steam. Ex-disco dancers are worried that the new business models will not work for mortals. They are unsure what happens to the money they have bet on horses. The answer is not clear. A lot of people are not sure what the outcome of their bets is. Some people don't know if they won the bet.
Strategy Guide ・ 24 April 2022

The casino proposal was one of two initiatives that failed to garner enough signatures to reach this year's ballot. The other proposal called for authorizing sports betting at professional sports venues, pari-mutuel facilities and statewide via online platforms. Seminoles opposed both initiatives. A federal judge ruled that the agreement between the state and the Seminole tribe would give them control over sports gambling throughout Florida. Florida Voters in Charge filed a lawsuit in December accusing the tribe of trying to “sabotage” the casino initiative.
Law ・ 04 April 2022

Supporters of a casino initiative have dropped their effort to place the measure on the 2022 ballot. The initiative would have allowed Las Vegas-style casinos in North Florida. It was opposed by the Seminole Tribe of Florida, which is the state's sole casino operator. The committee that sponsored the initiative has begun the process of winding down the effort. They did not say whether they plan to revive the campaign for 2024. . ... A law passed last month made it easier to have the issue reviewed by a higher court.
Law ・ 02 April 2022

Attorney General Ashley Moody asks the Florida Supreme Court to review a proposed constitutional amendment that would allow casinos in North Florida. The political committee backing the measure surpassed the required number of signatures to start the review process. If approved, the amendment would open the door to casinos along the Interstate 10 corridor in north Florida and is geared toward a facility in the Jacksonville area.
Law ・ 08 January 2022

Del Mar will introduce a 20-cent Rainbow 6 jackpot bet for the upcoming summer meet. Pimlico Race Course in Baltimore had a record-breaking weekend with a $1.4 million carryover. The jackpots pay out only if a single ticket contains all six winners.
Winnings ・ 08 July 2021

Gov. Ron DeSantis signed into law a series of gambling-related measures. One of the bills authorized a 30-year gambling deal between the governor and Seminole Tribe of Florida Chairman Marcellus Osceola Jr. in April. The compact also opens the door for sports betting in Florida. Desantis also signed a measure creating a five-member Florida Gaming Control Commission and a bill that could put an end to most live horse racing and jai alai games in the state. The measure would allow pari-mutuel operators to drop harness racing, quarter-horse racing or ji ala but keep more-lucrative card rooms and slot machines.
Law ・ 06 June 2021

On Tuesday, Florida Governor Ron DeSantis signed legislation ratifying Florida's gambling deal with the Seminole Tribe of Florida. The compact allows sports betting in Florida and a $2.5 billion share of gambling proceeds to the state during the first five years of the compact's term. It also allows pari-mutuel operators to contract with Seminoles. Opponents of casino gambling have promised a lawsuit. The bill also ends live horse racing and jai alai games in the Florida, but allows card rooms and slot machines.
Law ・ 26 May 2021

The state of Florida and the Seminole Tribe of. Florida have reached an agreement for a 30-year deal that will modernize the state’s outlook on online gambling.
Politics ・ 25 May 2021

Who gets gambling windfall in Broward?

Davie is set to get a bigger share of the Seminole Tribe's gambling revenue. Hollywood will lose money. The Seminoles have two casinos and a hotel on the Hollywood reservation. Florida Legislature will meet next week to hammer out details of a new gambling agreement. It is expected to generate at least $2.5 billion over the first five years for the state. About $75 million will go to cities and counties affected by tribal casinos. State Rep. Evan Jenne, D-Dania Beach, says the deal could spark a fight. He says $1.2 billion is at stake.
Politics ・ 15 May 2021

The upcoming special legislative session on gambling may result in online sports betting becoming legal in Florida. The session will focus on a new, proposed 30-year gambling agreement between Gov. Ron DeSantis and the state's Seminole Tribe.
Lottery ・ 11 May 2021