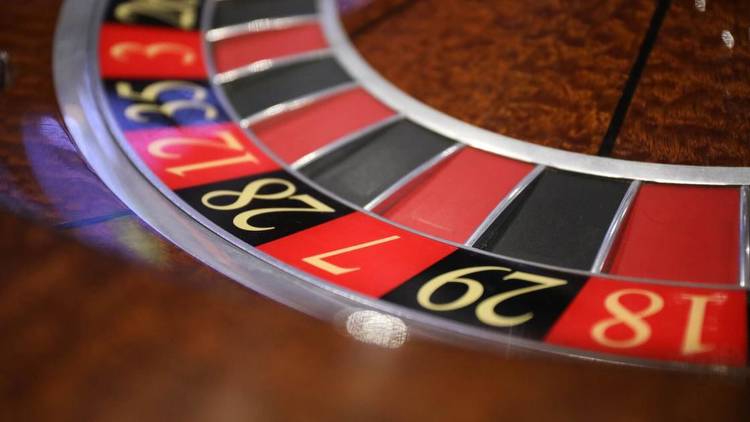 One of the bills (SB 2-A) approves a 30-year compact signed by DeSantis and Seminole Tribe of Florida Chairman Marcellus Osceola Jr. in April.

The compact does not allow the launch of sports betting before Oct. 15.

Provided the compact receives the necessary endorsement by the U.S. Department of the Interior of a legal assumption embedded in the agreement — that bets made via cellphones are legal because the servers are located on Seminole land - the deal guarantees the state a $2.5 billion share of gambling proceeds to the state during the first five of its 30-year term.

Language in the compact would allow the rest of the deal to take effect if the cell phone clause were not to be approved by the feds, who have 45 days following ratification of the compact to sign off on the agreement, reject it or allow it to go into effect without the agency’s approval.

The other bill - SB 8-A - signed Tuesday could end to most live horse racing and jai alai games in Florida. Under the new legislation, pari-mutuel operators could drop harness racing, quarter-horse racing, and jai alai while keeping the more-lucrative card rooms and, in Miami-Dade and Broward counties, slot machines.

Opponents of casino gambling have promised a lawsuit because they believe the compact violates Amendment 3, the 2018 state constitutional amendment which requires voter approval of gambling expansions in the state.

Biden administration is urging an appeals court to reinstate a deal that gave the Seminole Tribe control of sports betting throughout Florida. A judge ruled that the 30-year agreement violated federal law. The deal was signed by Gov. Ron DeSantis and Seminoles and ratified by the Florida Legislature in a special session last year. Owners of two casinos in Florida filed a lawsuit alleging that it violated the law and would hurt their businesses. Interior Secretary Deb Haaland allowed the deal to go into effect last summer. She argued that Friedrich was wrong because the compact only authorized gambling on tribal lands.
Poker ・ 19 August 2022

Seminole Tribe of Florida signed a deal with the state to operate online sports betting. Other major gambling players want to place two constitutional amendments on the 2022 ballot. One of them would legalize sports bets at professional sports venues, pari-mutuel facilities and statewide via mobile applications. The other would open the door for casinos at existing gambling facilities in North Florida. The measures need 891,589 valid petition signatures by Feb. 1 to be put on next year's ballot, but the tribe's opposition could shut them out. It has been paying consultants to circulate a petition asking voters to support the Seminole compact.
Mobile ・ 02 November 2021

A group called Florida Voters In Charge got $17 million from Las Vegas Sands to support a petition authorizing three new casinos in north Florida and another that authorizes businesses with active card room licenses to offer casino gaming. Florida Education Champions got more than $20 million to back a third petition. Seminole Tribe is spending $10 million on ads to fight the petitions. The agreement between the State of Florida, the Seminoles and the Interior Department gives the tribe exclusive control of online sports betting in exchange for billions in future revenue to the state. The deal is being attacked by Las Las casinos and sports bets companies.
Politics ・ 30 October 2021

Two lawsuits are related to sports betting in Florida's new gambling compact. A third lawsuit seeks to invalidate the compact altogether. South Florida businessmen and their companies and the anti-gambling group No Casinos filed the suit late Monday. They argue that the Compact between the State of Florida and Seminole Tribe of. Florida is illegal at state and federal levels and that expanded gambling in.
Law ・ 10 October 2021

Seminole Tribe wants to intervene in a lawsuit challenging a new gambling deal with the state. The deal calls for the tribe to operate sports betting in Florida. Two pari-mutuel operations filed the lawsuit July 2. They claim the plan violates federal laws. Governor DeSantis and the agency that oversees gambling issues are defendants. Seminoles argue the suit should be dismissed because the tribes is an "indispensable party" in the challenge to the compact.
Law ・ 31 August 2021

Will Florida's Online Gambling Laws be Changed? Florida is comparatively liberal when it comes to wagering at brick-and-mortar establishments, but less so when when iGaming.
Law ・ 29 June 2021

Gov. Ron DeSantis signed into law a series of gambling-related measures. One of the bills authorized a 30-year gambling deal between the governor and Seminole Tribe of Florida Chairman Marcellus Osceola Jr. in April. The compact also opens the door for sports betting in Florida. Desantis also signed a measure creating a five-member Florida Gaming Control Commission and a bill that could put an end to most live horse racing and jai alai games in the state. The measure would allow pari-mutuel operators to drop harness racing, quarter-horse racing or ji ala but keep more-lucrative card rooms and slot machines.
Law ・ 06 June 2021

The state of Florida and the Seminole Tribe of. Florida have reached an agreement for a 30-year deal that will modernize the state’s outlook on online gambling.
Politics ・ 25 May 2021

The upcoming special legislative session on gambling may result in online sports betting becoming legal in Florida. The session will focus on a new, proposed 30-year gambling agreement between Gov. Ron DeSantis and the state's Seminole Tribe.
Lottery ・ 11 May 2021

Gov. Ron DeSantis and the Seminole Tribe of Florida signed a gambling agreement to add sports betting to the state's other gaming options. The group "No Casinos" launched a statewide ad campaign to try and convince Florida lawmakers to not sign off on the agreement. Florida's constitution requires voter approval of any expansion of casino gambling. A special session to consider the issue will be held the week of May 17.
Law ・ 07 May 2021

Gov. Ron DeSantis signed a deal with the Seminole Tribe on Friday. It allows for the introduction of legalized sports betting and craps and roulette at Seminoles' casinos. The tribe will also be allowed to license horse tracks and jai-alai frontons to accept such wagers on its behalf. A special session of the Legislature will be held on May 17 to consider the deal. It could generate $2.5 billion in revenue over the next five years and $6 billion by 2030. Sports betting attorney Daniel Wallach believes it's a high legal risk.
Sports ・ 07 May 2021