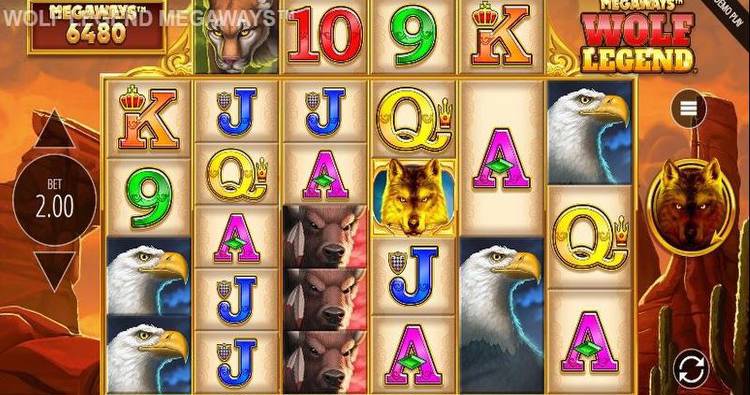 Slots are one of the most popular games for most players. They are interesting to play and come with different themes, storylines, graphics and bonus features. There are thousands of pokies in casinos and others are still in development. It is common to meet games based on similar themes and designs. In this article, we are going to tell you some of most similar slots from different software providers.

Starburst is a popular slot from Netent and Crystal Sun is from Play’n Go. Both slots have a space theme and the reels are placed in bright coloured gems.

Netent is the developer of the popular game Gonzo’s Quest. Red Tiger Gaming made a sequel of this title with the Megaways feature. The two games are similar in every way from the graphics, design, symbols and even some features.

Golden Profits and Age of the Gods Fate of Sisters are similar slots. They are both based on ancient Greek mythology. The graphics in Golden Profit and Fate Sisters is impressive and lively. The games have free spins and multipliers. There is a demo slot and free play. It is recommended to familiarize yourself with the game before risking your cash.

The Riche Wilde Book of Dead and Book Of Ra are similar games. Both are set in ancient Egypt and have familiar symbols like a pharaoh, a scarab, and Egyptian gods. They both come with explorers who visit ancient Egyptian in search of lost treasures. Landing three or more books triggers the free spins feature in both games, which acts as both a wild and scatter symbol in the games' games and the one from Play’n Go.

Mega Moolah is one of the most famous African themed slots. Safari Gold Megaways is a new slot from Blueprint Gaming. Both games are set in the African Savanna and feature wildlife like lions and elephants.

Reactoonz and Space Wars are similar video slots from different providers. ReactoonZ is from Play’n Go and the oldest SpaceWars was released in 2013. Both games have a meter box at the side of the reels. The graphics, sound effects and symbols used are creative in both games.

Wolf Gold and Wolf Legend Megaways are popular games based on wolves. Both games have bonuses like free spins, respins, and wilds. The presentations in both slots are excellent.

There are many games that are clones or copycats to your favourite games. Most developers try to make the game stand out from the others through the graphics, symbols, payouts, or features.

🎰 #slotgames It looks like an interesting Book of Ra alternative from Gamomat, isn't it?

Here's your reminder to play Book of Dead for No Deposit today 📖 Spinit Casino gives you this amazing chance with 21 No Deposit Spins, grab them from here and let the adventure begin: ✅ 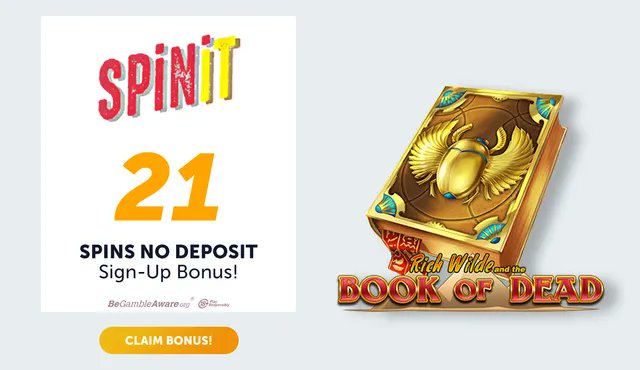 Online slots are games of chance where you look to complete a winning combination of symbols or trigger a special feature. The arrival of online slots in India has allowed developers to introduce many new themes and features.
Travel ・ 01 July 2022

Online gaming has grown steadily in popularity over the last few years. Online casinos have enjoyed a massive increase in players logging on each day. Online slots are among the most popular of these casino games because of their fun gameplay, stunning graphics, and the thrill of winning big.
Covid ・ 20 May 2022

Which slots have remained popular over the past decade?

There are many popular slots online, but Megaways Slots from outstanding developers remain at the top of the pile. Megaway Slabs are popular in UK casinos.
Winnings ・ 29 March 2022

As a beginner online casino player, you need to learn how to navigate the industry. Here are seven tips to help you play online casinos successfully.
Strategy Guide ・ 09 March 2022

The top 7 video slots for 2022 are the most popular games in many online casinos. The top 3 probably won't surprise you. The list is based on the review of the popular sections in the online casino.
Gambling Addiction ・ 27 January 2022

The popularity of online casino games has exploded in the online gambling space. The slot machine is one of the most popular forms of casino game available online. Topmobilecasino.co.uk and other top online casinos offer a variety of slot games. In this article, we talk about ten of them.
Strategy Guide ・ 11 November 2021

Popular iGaming aggregation platform Casinobee.com has revealed the list of the top video slots of 2021. Online gambling has exploded in the past several months. Cas inobees has over 124 video slot in its database. The games are rated on RTP, volatility, jackpots, and several other parameters.
Incidents ・ 07 September 2021

Online casinos have been one of the biggest growth areas in gaming for the past five years. The growth has accelerated over the course of 2020 and the first half of 2021.
Incidents ・ 26 June 2021

Themes are important to the game developers as they make it stand out from the crowded market. Five most popular online slot themes are: Ancient Egyptian-themed slots, "The Godfather" and "Wizard of Warcraft".
Incidents ・ 25 June 2021