The Dog House Megaways
Book of Ra
Book of Dead 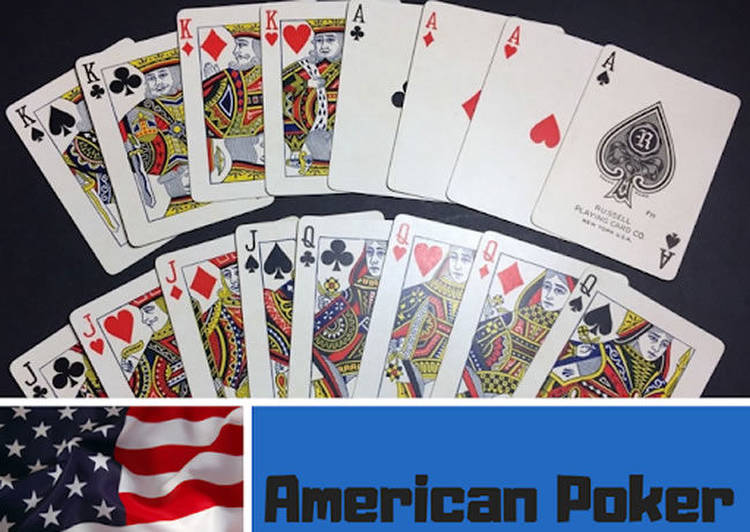 Slot games are online gaming software developers’ products, and each treads a unique path to create these sets. Some of these developers focus on stunning designs, animations, and entertainment value, while others focus on adding an abundance of features and high win potential.

Several software providers dominate the market with superior products that cater to most of these elements. Below is a countdown of the best pokie developers whose releases are well worth trying.

NetEnt has been pioneering the online gambling sector for more than two decades since its establishment in 1996. The software developer provides more than 200 slots on its platform that delivers casino solutions for the house and gamblers.

The Swedish company is licensed by the UK Gambling Commission and Malta Gaming Authority, certifying its legitimacy. The firm has numerous releases topping popularity lists, and they include;

Play’n Go is a Malta-licensed and regulated software developer with more than 150 games in its catalog. The company has been operational since 1997, but it did not become an independent company until 2005. The software provider is most famous for breathing life back into the ‘Book of’ style pokies kick-started by Novomatic’s Book of Ra.

The developer has a handful of successful pokies in the series, including Book of Dead Legacy of Dead, Scroll of Dead, Amulet of Dead, and Cat Wilde and the Doom of Dead. Play’n Go has many other successful titles worth launching like;

Big Time Gaming cropped up in 2011 and has since risen the online gambling ranks fast. The software developer has numerous awards under its wing for its remarkable slot collection featuring advanced graphics and top-tier entertainment. Big Time Gaming is also a trailblazer with numerous inventions inspiring significant trends, including;

NoLimit City has more than ten years of hands-on experience in game development and survives in the business by offering fast, flexible, and reliable services. The software provider has created many groundbreaking mechanics over time that have propelled its popularity. The most famous of these creations are the xFeatures by NoLimit City, including xWays, xNudge, xPays, xBomb, xSplit, and xWays. These elements drive up the winning potential, adding to the solid gambling platform the developer has to offer. NoLimit City popular pokies include;

Red Tiger Gaming is an Isle of Man software developer dedicated to creating innovative gaming products. The firm operates with licenses from the Alderney Gaming Control Commission, UK Gambling Commission, Government of Gibraltar, and Malta Gaming Authority. Creative and unique visuals are a standard quality of all Red Tiger Gaming slots developed with a cutting-edge balance between art and science.

The games are delivered in HTML5, giving them a flawless performance on multiple platforms. The developer also helps casino operators promote the games with jackpots, smart spins, tournaments, and other engagement tools. Famous releases by the provider include;

Yggdrasil gaming has been delivering iconic gaming experiences since its launch in 2013. The software developer bases its games on innovative mechanics that result in fantastic graphic and payout designs. Slots are the company’s main focus, but they also have a decent collection of roulette and blackjack games.

Alchymedes, Rainbow Ryan, Pumpkin Smash, Empire Fortune, Reptoids, Jungle Books, Vikings Go to Hell, and Wolf Hunters are some of the developer’s best-performing games. The company is currently working on the next-generation revenue engine dubbed Beyond Aggregation. The system creates fresh ways for YG Franchise and YG Masters partners to use global reach and growth opportunities to increase their revenue.

Microgaming kick-started the online gambling journey by being the first casino service provider on the internet in 1994. Since then, the developer has released more than 800 slots, and new ones are provided every month. Microgaming is an industry leader with products that have won numerous awards, made millionaires, and captured imaginations.

The developer also has among the most rewarding jackpot networks, and it has paid out more than €1.3 billion in prizes from iconic titles like Mega Moolah. Microgaming slots include;

iSoftBet captures the joy in gaming by designing and delivering games that replicate live gaming excitement. The developer’s pokies feature stunning visuals and features that are endlessly engaging and easy to understand.

Players can enjoy a selection of branded games that capture famous film works on reels and win ways, including Paranormal Activity, Rango, Basic Instinct, and The Love Guru. Pokies with common themes are also in decent supply, including Pearl Legend, Golden Buffalo, Sea of Riches, Bounty Belles, and Book of Cai Shen.

The best free pokie providers vary depending on the qualities you are looking for in games. The developers on this list cover a vast range of options and are widely available in hundreds of countries globally.

#CasinoEuro No Deposit Bonus Codes + Casino Euro Review #Betsson Malta is responsible for the operation of the Casino Euro, and #NetEnt serves as the provider for these fantastic games.

Temple Níle is an #onlinecasino where players can enjoy an array of video #slots, table games and #livecasino Games. Temple Níle is licensed and regulated by the Malta Gaming Authority & the UK Gambling Commission. ⏬ SIGN UP HERE ⏬ 18+ FULL T&Cs APPLY 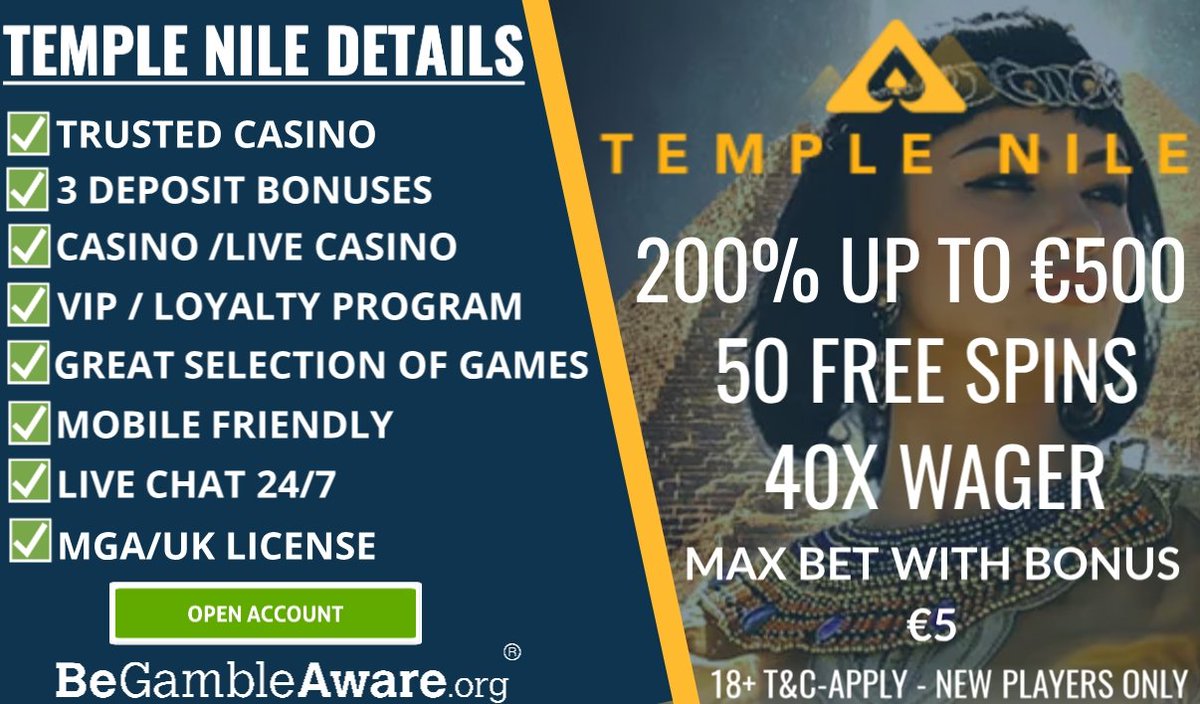 There are many slot/pokie games to discover online. We look at two of the most popular ones.
Incidents ・ 15 days

Salsa Technology revved up its Salsa Gator offering by launching a wide selection of Nolimit City’s titles on its aggregator platform. Noliimitt City is world renowned for its groundbreaking ideas and notorious themes. Salsa Technology is a leading B2B company that develops customised solutions for the iGaming industry in Latin America and Europe. The company provides an omnichannel platform that serves online and physical operators. Its leading game aggregators is live in LatAm and will be available in additional global markets soon.
Gaming Authorities ・ 27 June 2022

Popular Indian Casino Games To Play On Your Android Device

There are a number of games that you can find at online casinos in India.
Mobile ・ 29 March 2022

Gamingtec has partnered with RubyPlay to enhance its portfolio of 10,000-plus titles. The deal sees the product offering enhanced with over 60 innovative online slots.
Industry ・ 16 February 2022

Silverback Gold from NetEnt Arrives in Time for Holiday Season

Superbet has partnered with Red Tiger Gaming to add its slots portfolio and jackpots solutions to its popular online casino. The games are from the Evolution Gaming Group (EVO:Stockholm) and incorporate the popular mechanic on lease from Australian software provider Big Time Gaming (BTG).
Industry ・ 09 December 2021

Complete Review and My Thoughts

OnlineSlotsX is a leading destination for free online slots. It has more than 900,000 visitors and the community is growing. The free-play establishment ticks off many boxes to make it desirable.
Mobile ・ 12 August 2021

Red Tiger has brought its portfolio of 176 exciting slots and table games to Slotegrator. The developer’s games will be available for integration into online casino platforms in a single session. Red Tiger”s slots have found great popularity with players throughout Europe and Asia.
Industry ・ 10 August 2021

Online slots are free and come with free versions powered by fun credits that act as bets and payouts.
Games ・ 09 August 2021

Red Tiger has expanded its Italian footprint with the roll-out of its online slots portfolio with local leader Lottomatica. The agreement covers Gonzo’s Quest Megaways, Megaway's Fire Meg away, Piggy Riches Meg Away, Dragon's Luck Megway and Mystery Reels. Customers of the Italian operator will also be provided with access to the studio”s daily and progressive jackpots.
Sports ・ 06 August 2021

Most Popular Casino Software Providers in 2021. Online casinos offer many promotions. The best and most popular developers in the iGaming industry as of 2021 are listed below.
Software ・ 29 July 2021