Slots have come a long way since their inception back in the 19th century. The main driver for progress in these online casino games has been technology. Modern online video slots are now so advanced and sophisticated that they employ special visual effects within the reels to heighten the gaming experience of players. This has helped create a hugely successful industry that generates billions of pounds every year.

What has become clear to the creators of slot concepts is that having themes embedded within slots can be extremely lucrative. This is because themes breed familiarity amongst the public and many themes come with a pre-existing fan base.

Gamblers are a superstitious breed and they naturally find myths, folklore, and legends enticing. Mythology from around the world has become the basis for many a successful slot game. The most popular of them all is Playtech’s Greek myth series of slots which really took off in 2016. Greek mythology is so rich and full of captivating characters and numerous stories influenced by these characters have become the basis for many Playtech slots. For Playtech these myths inspired slots have filled the void left when Disney scaled-down the slots based on their franchises, leaving the Playtech/Disney contract in tatters.

Zeus is the star of Age of The Gods King of Olympus and his Zeus Temple is the symbol that triggers the 10 free spins bonus round. During the free spins, the multiplier is increased by x2 and your last two spins have x6 multipliers added to them. There is some fine 3D animation that accompanies this bonus round as well. There are various progressive jackpots that can randomly surprise you as you soak up the Ancient Greek iconography.

Away from Greek mythology, Norse legends are also behind some hugely successful slots. Hall of The Gods is one such title but the most successful slot of them all that is based on Norse gods is Thunderstruck II by Microgaming. Thor is the star here and his hammer triggers the free spins bonus round. There are 4 free spins bonus packages to unlock and the random Wild Storm feature livens up the base game.

The original Rainbow Riches has spawned many new hybrids ever since it was released by Barcrest. The original game introduced us to the mythology of the Emerald Isles, where close encounters with Leprechauns are commonplace. It’s a fun game that has stood the test of time and the 3 bonus rounds include the Road to Riches money trail, where each step down the path increases your winnings. The Wishing Well bonus adds random multipliers to your winnings and the Pots of Gold can bag you a huge multiplier on your original stake.

🎰🎺 #casinogame Amazing Link: Bounty is the fifth slot machine of a series, where we’ve had three titles based on Ancient Greek mythology, while a fourth one used Irish luck for inspiration

📢Thor: Hammer Time is an online slot from @CityNolimit with a Norse mythology theme. Each time Thor nudges down, you’ll respin the reels for another chance to win. ✅Play it now: 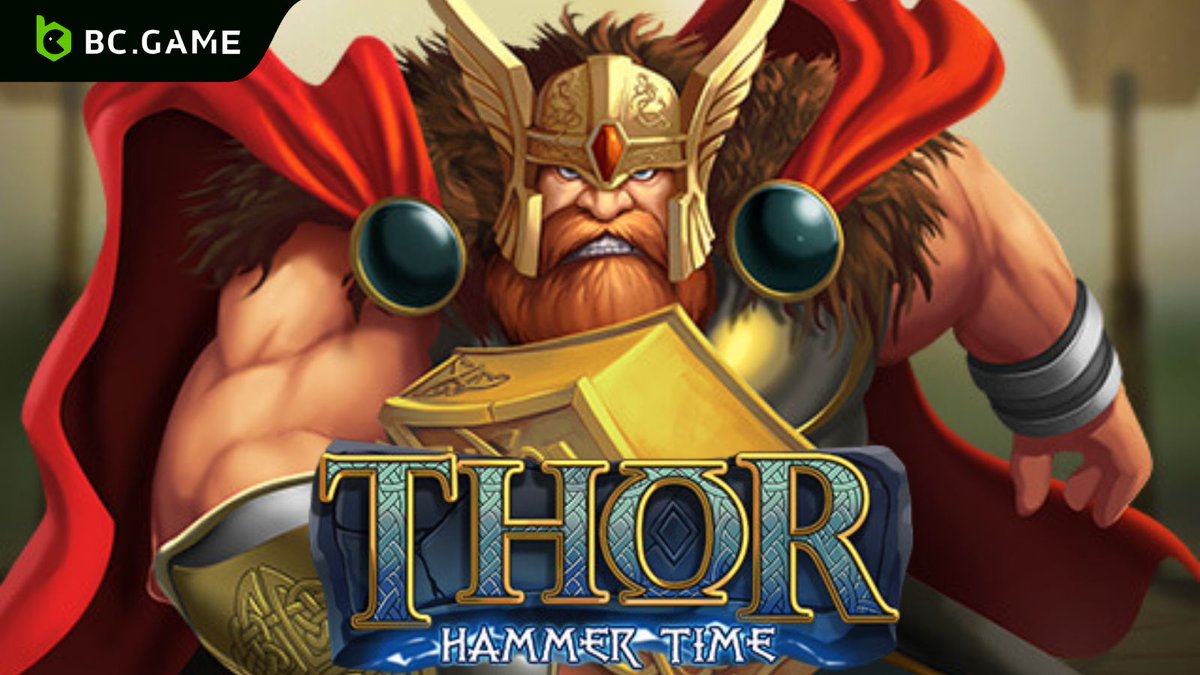 Playtech is an online casino pioneer with a track record spanning almost a quarter of a century. Founded in 1999, it is the world's largest B2B online gambling content supplier with more than 6,400 staff in 24 countries and headquarters on the Isle of Man.
Top and Best ・ 10 May 2022

There are five Greek mythology slots to explore. They are family feuds, dynamic narratives and electric visuals.
Top and Best ・ 11 March 2022

Woohoo created a new slot game called Fury of Zeus on Bovada Casino. The game has a 96 percent return to player and high variance. It has free spins and a wild and scatter symbol.
Bonuses ・ 07 March 2022

Stakelogic & Jelly Team Up Again for Might of Zeus Slot Release

Stakelogic and Jelly team up again for Might of Zeus slot release. The game is expected to be yet another epic title from the talented developers.
Bonuses ・ 27 January 2022

The popularity of online casino games has exploded in the online gambling space. The slot machine is one of the most popular forms of casino game available online. Topmobilecasino.co.uk and other top online casinos offer a variety of slot games. In this article, we talk about ten of them.
Strategy Guide ・ 11 November 2021

Slots Sagas are a great way to try your luck at winning the jackpot. There are some slot machine games that were so successful that they took on a life of their own.
Bonuses ・ 09 November 2021

Online slots are the most popular type of game in the online casino industry. Many slot games are based on mythology and folklore. Dunder casino has over 2700 casino games based in myth and folklore. . The best slots based upon myth are available in D Under casino.
Religion ・ 01 November 2021

Age of the Gods is one of most popular online casino games. The slots section is the most active, with new games added weekly. The games are from several developers, whereas in the past platforms would only sign with one developer at a time.
Games ・ 26 October 2021

Slot Games With Bonuses To Play

The focal point of any slot is the bonus round. Bonuses are the most interesting aspect of slots. People watch live streamers as they go on slots bonus hunts across casinos. Before 1996, slots gambling took place at betting shops, gambling arcades, and land-based casinos, but since 1996 it's only in virtual video slots that it became possible to gamble.
Bonuses ・ 20 January 2021