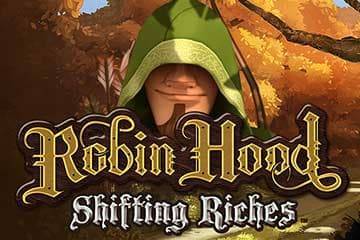 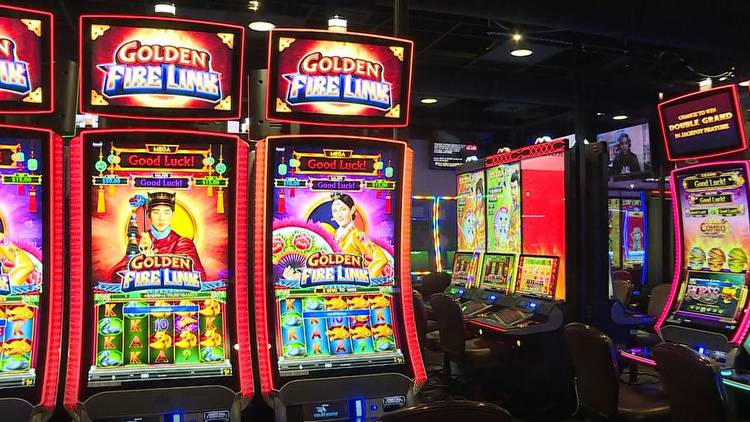 This Kearney spot is not a gambling casino but a skill games “casino,” holding machines that the Nebraska Supreme Court ruled in 2011 were legal because they require some skill to win, unlike slot machines (illegal at that time), which are games based on chance.

The number of such skill games have more than doubled across Nebraska in recent years, jumping from 1,577 in 2018 to 3,878 in November, according to Nebraska Department of Revenue data.

They’ve been in bars and restaurants for years but now are becoming fixtures in convenience stores and supermarkets, and, as in Kearney, in stand-alone skill game casinos.

It’s part of a national trend that has grown to an estimated $109 billion a year in play on skill games and $27 billion in revenue, according to the American Gaming Association, a casino-backed trade group.

The Gaming Association recently asked the U.S. Department of Justice to intervene and require skill games to be regulated as gambling devices, the Wall Street Journal reported last month.

In Nebraska, a state senator, along with the operator of Lincoln’s WarHorse casino, are now targeting skill games to pay the same taxes as slot machines and to begin contributing to lowering property taxes, as slot machines do.

State Sen. Tom Briese of Albion, who has made property tax relief a top priority, said he will introduce a bill in the Legislature this year to tax skill games at the same rate as slot machines — 20% of net revenue — and to use that revenue for property tax credits.

“As a property tax relief proponent, I see these machines as another revenue source,” he said. “If they’re going to be out there, they need to be taxed.”

Lance Morgan, president CEO of Ho-Chunk Inc., the operators of WarHorse Casino in Lincoln, said it galls him that his organization had to pay $5 million for a state casino license that allowed him to install slot machines, yet a business can install a skill machine by purchasing a $250 state sticker.

Currently, there are more skill games in Lancaster County (568) than slot machines at the WarHorse Casino (430). If you get tired of playing the casino’s slot machines, you can walk across the street to a new U-Stop convenience store that has a handful of skill games in a section of the store.

Part of the pitch to voters, who approved casino gaming last year, was that a portion of the revenue from casinos and slot machines would go to property tax relief — perhaps as much as $90 million to $100 million once six casinos are open.

Taxing skill games might increase that by another $20 million, according to one rough estimate by Ho-Chunk Inc.

‘Wild west’ out there

One of his employees, Rachael Johnson, recently toured the state to learn more about the state of skill games. Johnson said she found minors playing one machine, a sign declaring that winners had to call a phone number to claim their prize and a sign that stated winnings must be shared with store employees.

“It’s like the Wild West out there,” Morgan said, with skill games on nearly every street corner — something gambling opponents always feared.

“I don’t understand why the previous administration, which was so anti-gambling, let them proliferate. Now they can’t take them away,” he added, referring to just-departed Gov. Pete Ricketts, who opposed the casino gambling ballot measure.

Any proposal to tax skill games is expected to see strong opposition from the businesses and charities that own, and profit from, the games.

Jim Ritzman of the Sowers Club of Lincoln said a 20% tax would probably end the club’s venture with skill games.

The club, Ritzman said, makes about $75,000 a year from the 10-12 skill games it installs in Lincoln sports bars. Proceeds are used for youth activities and for college scholarships, he said.

“It’s like they’re going after people who give away money,” Ritzman said. “Our proceeds all go back into the community. It would kill us.”

In addition, some small businesses who install their own skill games, including those in small towns, maintain that revenue from the machines helps them keep the doors open.

Both Ritzman and Kent Rogert, a lobbyist who represents a skill game distributor, said comparing skill games to slot machines is like comparing apples to oranges.

For one thing, Rogert said, some skill game players are good enough to regularly beat the machines, winning more money than they put in.

Skill game critics dispute that and maintain that little “skill” is required to play the game and that there’s little difference between them and slot machines.

‘No way to take them away’

David Geier, who heads the Nebraska Gamblers Assistance Program, which provides counseling for problem gamblers, said skill games are a very addictive form of gaming. The largest percentage of calls for help to the state program are from skill game players, he said.

“You can play them as fast as you can put money into them,” Geier said, and most skill game players play them frequently, which is a hallmark of problem gambling.

The explosive growth in the number of machines, he said, has added another problem.

“There’s no way to take them away now,” Geier said. 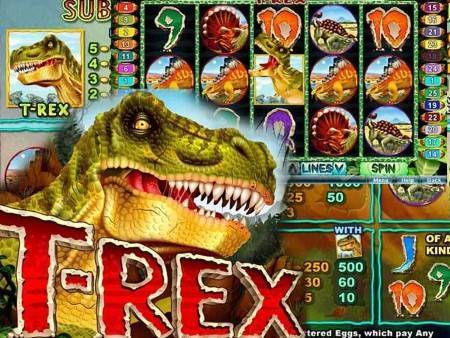 Nebraska is inching closer to the opening of its second land-based casino after the Racing and Gaming Commission unanimously approved an operator license for Grand Island Casino Resort and Fonner Park on Wednesday. A temporary property at Grand Island's Fonner Park horse racing track is set to open its doors to the public next week. "This afternoon&hellip;
Land-based ・ 18 days
Nebraska Examiner

LINCOLN - "Win Big Money" and "Win $15000 Today" read the signs at a small outlet at a strip mall in Kearney, Nebraska. One wall of the mostly barren shop is lined with video machines that are a dead ringer for slot machines that are now being played at Nebraska's first legal casinos in Lincoln and Grand Island. This Kearney spot is not a gambling&hellip;
Law ・ 22 days

LINCOLN, Neb. (Nebraska Examiner) - "Win Big Money" and "Win $15000 Today" read the signs at a small outlet at a strip mall in Kearney, Nebraska. One wall of the mostly barren shop is lined with video machines that are a dead ringer for slot machines that are now being played at Nebraska's first legal casinos in Lincoln and Grand Island. This&hellip;
Law ・ 21 days
Yogonet

A Nebraska state senator, along with the operator of Lincoln's WarHorse casino, are targeting so-called "skill games" to pay the same taxes as slot machines, and to begin contributing to lowering property taxes. State Senator Tom Briese of Albion, who has made property tax relief a top priority, said he will introduce a bill in the Legislature this&hellip;
Law ・ 22 days
Super Slots Casino

WarHorse Gaming broke ground at the Lincoln Racecourse in Nebraska on Tuesday. The ceremony marks the beginning of an 18-month construction phase for the upcoming WarHorse Casino Lincoln, and follows the reception of provisional licensing last month. WarHorse Gaming is an entity formed by Ho-Chunk Inc. -the economic development arm of the Winnebago&hellip;
Travel ・ 25 November 2022
Yogonet

Nebraska's first casino has already contributed nearly $800000 to a state property tax relief fund so far, according to a report from the Nebraska Racing and Gaming Commission. The figures correspond to the first five weeks of operation of WarHorse Casino in Lincoln, and include $597854 during the month of October. All in all, the property has&hellip;
Finance ・ 18 November 2022
KETV

THANK YOU, BILL. WELL, NEBRASKA'S FIRST CASINO MADE MORE THAN $1000000 IN TAX REVENUE IN JUST THE FIRST 38 DAYS ALONE. AND MOST OF THAT WILL GO TO THE STATE'S PROPERTY TAX RELIEF FUND. BUT LINCOLN AND LANCASTER COUNTY ALSO EACH GET A $100000 SHARE. ANDREW OZAKI INVESTIGATES HOW THOSE LOCAL GOVERNMENTS PLAN TO THE MONEY IN JUST FIVE WEEKS. LINCOLN&hellip;
Finance ・ 16 November 2022

Lincoln's WarHorse Casino followed up a phenomenal first week with an equally solid first full month. According to information released Monday by the Nebraska Racing and Gaming Commission, the casino generated just more than $854000 in gaming tax revenue in October. The state's gaming tax is 20% of revenue, which means WarHorse made just north of&hellip;
Gaming Authorities ・ 19 November 2022
Yabby Casino

LINCOLN - Nebraska's first gambling casino has contributed nearly $800000 to a state property tax relief fund so far, including $597854 during the month of October, a state report indicated Monday. And officials with the WarHorse Casino expect that gaming tax revenues will steadily grow as they begin advertising and marketing the temporary facility&hellip;
Finance ・ 15 November 2022
Yogonet

Nebraska is expected to see its first casino open Saturday morning in Lincoln, pending likely approval by the state gaming commission. A temporary facility at the Lincoln Race Course Thoroughbred track is scheduled to make its debut at 10:30 a.m., with more than 400 slot machines ready to welcome bettors. "We have every expectation that we'll get a&hellip;
Gaming Authorities ・ 22 October 2022
KOLN

OMAHA, Neb. (WOWT) - In just the first week of operation, Nebraska's first casino generated hundreds of thousands of dollars in new tax revenue. The WarHorse Casino in Lincoln opened for business on September 23 and generated $285963 in tax revenue in its first seven days. To many, that number doesn't come as a surprise. "This supports what&hellip;
Gaming Authorities ・ 20 October 2022
The Grand Island Independent

MATT OLBERDINGLincoln Journal-Star Nebraska's first week of casino gambling brought in nearly $286000 in taxes for state and local governments. Tom Sage, director of the Nebraska Racing and Gaming Commission, said the WarHorse Casino in Lincoln generated $285963 in tax revenue in its first seven days of operation, an amount he called&hellip;
Gaming Authorities ・ 21 October 2022

It's official: Nebraska's first casino has now opened its doors to the public. WarHorse Casino made state history on Saturday, marking the first pull of a slot machine in Lincoln. The grand opening ceremony drew hundreds of gaming enthusiasts, seeking to try their luck at the brand new property. The casino opened its door to the public at 10 a.m.,&hellip;
Gaming Authorities ・ 28 September 2022
Vegas Slots Online

A state-licensed casino has opened for business in Nebraska for the first time in history. The WarHorse Casino Lincoln opened its doors on Saturday morning following a short private ceremony at 10am. More than 100 people lined up outside the property to await the opening. Hundreds more people arrived at the facility throughout the day, eventually&hellip;
Law ・ 26 September 2022
Nebraska Examiner

LINCOLN - Nebraska's first casino is expected to open Saturday morning in the Capital City, pending approval by the state gaming commission. A temporary casino, located at the Lincoln Race Course Thoroughbred track, is scheduled to open at 10:30 a.m. Saturday, with more than 400 slot machines ready to go. "We have every expectation that we'll get a&hellip;
Gaming Authorities ・ 22 September 2022
World Casino News

Estimates on Nebraska casino revenue 'are all over the place'

New industry estimates show that casino gambling could give Nebraskans significantly more property tax relief than advocates touted during last year's successful campaign to legalize expanded gambling. One source put the amount at about $63 million annually from casinos planned at the state's six existing horse tracks. Another projects it at closer&hellip;
Finance ・ 13 December 2021 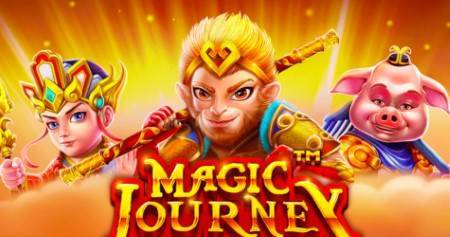