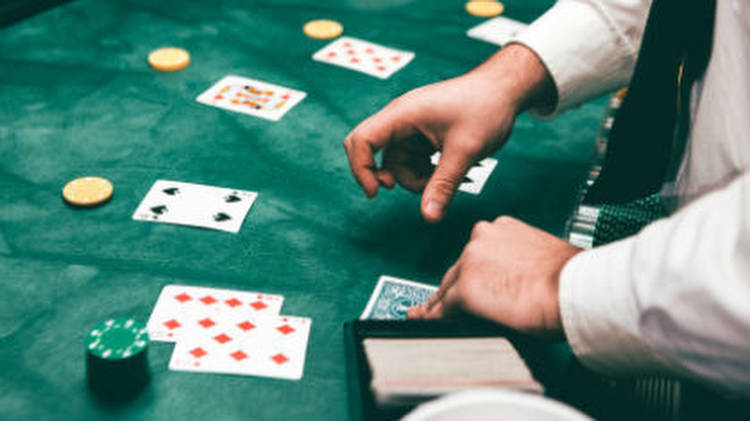 Evolution Gaming has entered into another partnership in Michigan. The live casino company reached an agreement with William Hill to supply live casinos content and services across the U.S., including Michigan, in the late fall. The company has previously secured deals with PointsBet and BetMGM. Live casinos are run by real dealers in a similar way that land-based casinos operate. All of the gaming action is live streamed from studios straight to your mobile devices or computers.

William Hill has launched the Onyx Sportsbook at Turtle Creek Casino near Traverse City. The new sportsbook also features a satellite location with betting kiosks at Leelanau Sands Casino in Peshawbestown. Evolution has been the recipient of top awards in the casino gaming category. For the 11th straight year, Evolution won the Live Casino Supplier of the Year award at the EGR B2B Awards. It also earned Casino. Suppliers of Year at Gaming Intelligence Awards and was awarded Game of. the year for Monopoly Live.

What Really Happens When You Hit a Slot Machine Jackpot

After a slot machine win, you have to fill out a W-2G form and pay federal tax on all of your winnings. If the jackpot is more than $25,000, the casino will issue a check. Some casinos offer a free room and dinner for the winner. If you win more that $1 million, casinos will offer either a cash payout or an annual fixed sum. For some large progressive jackpots, it can take hours. You could have a wait days or weeks for your money. It's at the discretion of the guest. The Megabucks in Nevada is handled by game manufacturers.
Winnings ・ 01 July 2022

State Senator renews call for approval of Muskegon County casino. The deadline for Gov. Whitmer to approve the project is June 16, 2022. Little River Band of Ottawa Indians gained federal approval for the casino in December of 2020. Gov.'s office is reviewing the request. If approved, the $180 million casino will feature 1,700 slot machines, 35 table games and a 220-room hotel. It would be the tribe's second casino, it already operates the Little river casino north of Manistee.
Law ・ 08 March 2022

The Lac Vieux Desert Band of Lake Superior Chippewa Indians announced a partnership with the Hodag Country Festival. Northern Waters Casino Resort is a proud sponsor of the festival starting with 2022 season. The festival is one of Wisconsin's biggest and longest running country festivals. It's been featured on TV shows like Discover Wisconsin and ranked among the favorite destinations in the state. This year's festival will feature nationally known artists like Sawyer Brown, Jo Dee Messina, Russell Dickerson and Neal McCoy. The private event was attended by members of Lac Vieux desert tribe and Northern waters casino resort executives.
Travel ・ 10 February 2022

PointsBet introduces live gaming options in Michigan with Evolution. In January of this year, sports betting launched in the state. In May, PointsBet gained access to the Michigan via an exclusive partnership with the Lac Vieux Desert Band of Lake Superior Chippewa Indians. The company has also invested in sports in that state through partnerships with Detroit Red Wings and Detroit Pistons. Pointsbet operates in Colorado, Illinois, Indiana, Iowa, New Jersey, and West Virginia. It hopes to expand iGaming in other jurisdictions in U.S. and Canada.
Live Gambling ・ 11 December 2021

PointsBet has introduced live dealer games in Michigan as part of its igaming platform. PointsBet entered the Michigan market in January via a partnership with the Lac Vieux Desert Band of Lake Superior Chippewa Indians. The company also has partnerships with Detroit Red Wings and their venue, Little Caesars Arena. within Michigan. Pointsbet President of Product and Technology Manjit Gombra Singh hopes the igame platform will serve as a template as igames expands in other jurisdictions in the US and Canada.
Live Gambling ・ 12 December 2021

The Little River Band of Ottawa and Chippewa Indians wants to build a new casino in Muskegon County. It would be built on an 86-acre site of the former Great Lake’s Downs Race Track that was purchased in 2007. The casino is expected to attract more than 1.8 million visitors per year and generate more that $15 million in revenue for Michigan and millions more for local governments.
Finance ・ 16 January 2022

Relax Gaming and Its Partners Anchor Down in the Netherlands

Relax Gaming and its partners Anchor Down have announced their debut in the Netherlands. Relax Gaming is an aggregator and supplier of iGaming content.
Bingo ・ 13 October 2021

Relax Gaming Teams Up with William Hill to Expand in UK

Relax Gaming has signed a deal with William Hill to offer Relax's games on William HIll's website. Relax will offer Money Train 2, Top Dawg$ and other games from its partnership studios. William is delighted to partner with Relax. Andrew Crosby is confident the companies will continue working together for many years to come.
Gaming Authorities ・ 11 October 2021

Here are the winners of the Global Gaming Awards Las Vegas 2021!

The winners of the Global Gaming Awards Las Vegas 2021 were announced at a ceremony at Sands Expo on Monday afternoon. Aristocrat won three awards, while MGM Resorts International earned two, including Digital Operator Award and Responsible Business of Year. The San Manuel Band of Mission Indians was recognized as the year’s most responsible business. For the full list of winners and runners-up visit the Gaming America website.
Travel ・ 21 October 2021

Evolution Gaming plans to release 10 new games for online casinos. The main products of the novelty package will be Deal or No Deal and Monopoly Live. There is a lot of interest in the new Baccarat Live! game.
Baccarat ・ 08 September 2021

Evolution has launched a new live casino studio in Michigan. It is the company's third studio serving the US gaming market. The studio is one of the largest and best equipped in the U.S. gaming industry. The company is also the first to launch a live casinos for Wolverine players. Nine game operators have been live since the launch. There are plans to expand the content offerings for Michigan operators. They will launch dedicated branded tables later this year. iReport.com
Live Gambling ・ 23 July 2021

FireKeepers Casino goes live in Michigan with Scientific Games. It is the 14th operator to receive an online gaming and sports betting licence from the Michigan Gaming Control Board. The tribe's representatives provided key support for development of the laws signed in 2019 that allow federally recognized tribes in the state to seek licenses for internet casino gaming.
Land-based ・ 13 July 2021

FireKeepers Casino Launches In Michigan Under Own Brand

FireKeepers Casino Hotel launched in Michigan today. It's the 13th online casino operator in the state. The 14th and final operator will be Soaring Eagle. NYX Digital, which was acquired by Scientific Games, launched at noon.
Land-based ・ 13 July 2021

NetEnt is the latest to launch in the Michigan online gaming market. It was acquired by Evolution at the end of last year in a deal worth SEK 19.6bn ($2.36bn). The current operators in Michigan will all offer games from NetEnt. The group will extend its operators further when Evolution opens a live casino broadcast studio in this state later this year.
Industry ・ 26 January 2021

Evolution is a company that hosts live casino titles through Livestream in various countries across Europe and other parts of the world.
Games ・ 04 July 2021

Microgaming crowned Platform of the Year at EGR B2B Awards 2020