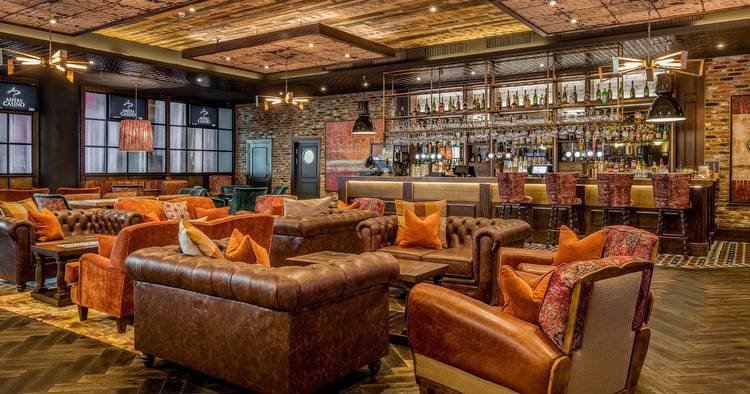 A Tyneside design firm has seen a boost in business from casino companies following the biggest review of gambling laws in 15 years.

Dakota House of Design says the Government’s White Paper on Gambling Reform has triggered a range of new instructions for the interior design consultancy, based in Heaton, Newcastle.

The Government is to announce restrictions on the industry amid concerns current regulations need changes to accommodate the growth of online betting, with measures including online casinos having maximum stakes of between £2 and £5, a ban on free bets and VIP packages for those who incur heavy losses.

It is anticipated that the changes will come into effect in September as part of the Gambling Commission’s ongoing drive to make gambling in the UK safer.

The legislation means leisure firms are having to fight harder to draw in customers to bricks-and-mortar casinos, while also increasing competition within the sector.

Dakota House of Design is taking advantage while companies up their game with lavish refurbishments, having spent more four decades carrying out projects around the globe.

Director Peter Hodgson said he began working on casino projects 40 years ago at the Burswood Casino in Western Australia and through Dakota, which has completed projects for most of the major casino operators over the years, the fast-paced world of the gambling industry is familiar territory.

He said he is not surprised that the anticipated reforms are helping create a pipeline of work both locally and nationally, adding: “The decision of the industry to refurbish their premises is partly due to the impact of online gaming. There has always been big competition for the public’s money between various gambling organisations, but a lot of people stopped going to casinos particularly during the pandemic.

“And now, operators are getting ready to attract the public back to their premises. The White Paper has driven a lot of these refurbishment plans.

“Since Aspers Casino opened in Newcastle in 2005 we have undertaken a variety of updates over the years and have recently completed a refurbishment of the poker room and the bar area as well as a multi-functional entertainment suite for live performances.”

Similar projects are lining up for the interior design firm to refresh areas which have become a little tired.

Mr Hodgson added: “Metropolitan Gaming has appointed Dakota to undertake projects valued at less than £500,000 and we will soon begin work on a new Metropolitan casino located in The Hilton Hotel on Park Lane, London. This is a major coup for us as we faced stiff competition from many other London-based design specialists.”

- #gambling review on hold until new PM chosen The government is reported to have delayed publication of the gambling white paper until after the summer recess.

UK government won't try to regulate loot boxes in video games as part of the Gambling Act Review. Loot boxes were banned in Belgium and the Netherlands, but the courts have ruled that they are not gambling. Call of Duty, FIFA, Counter-Strike and many others use lootboxes to generate microtransactions to maintain engagement and generate a healthy income for the developers and publishers.
Law ・ 23 days

The Times reports that the UK government's long-awaited White Paper on gambling reform is likely to be watered down. However, the changes will still have far-reaching implications for online gambling operators in the United Kingdom and potentially for operators from Malta.
Law ・ 26 days

Congratulations on appointment and invitation to meet ahead of Gambling Review

John White, CEO of bacta, the trade body which represents seaside arcades and adult gaming centres, is pleased with his appointment as Minister for Tech and the Digital Economy. He is also excited about the upcoming Gambling Review. BactA wants to meet with the Minister to discuss their views on the Review and how it can support their members. They are concerned that the White Paper may not support the request to allow debit card transactions for gaming machines in venues. They believe that this move disadvantages their business. It is in contrast to the wider societal trends towards cashless payments.
Gaming Authorities ・ 27 days

Bad news on its way for the UK gambling industry

The wait for the White Paper on gambling law reform continues. The 2005 Gambling Act still needs reforming. Online gambling sites, new forms of casino bonuses and being able to gamble using paypal have caused problems for people who struggle with the way they gamble. Chris Philp, the MP with responsibility over gambling laws resigned last week.
Industry ・ 28 days

How will the UK Government Change the Gambling Laws?

Estimated figures show around 30,000 Welsh people have problems with their gambling. This is behind moves to review the 2005 Gambling Act.
Law ・ 11 July 2022

UK Gambling Minister Chris Philphas hints online gaming is a likely target of upcoming White Paper. National Lottery is the biggest form of gambling in terms of gross yield, totaling about £4 billion ($4.1 billion) yearly. About 30% of the population played the lottery in any given month. Kevin Brennan (Labour, Cardiff West) asked Philp about the use of credit cards in gambling. Philps' answer was considered incomplete and he offered to write to the committee with the precise answer. He said that credit card use is allowed for some forms of betting and not for others.
Law ・ 05 July 2022

BGC calls for "balance" amid reports of £2 online casino stake cap. Report claims measures in the document could include the restriction of maximum online stakes to between £1 and £5. The Times reports that proposals to prohibit gambling companies from shirt sponsorship were set to be rejected in favour of reaching a voluntary agreement with Premier League clubs. The number of problem gamblers has doubled in recent years to 460,000. There is also a growing number using the black market. Government is set for a review of the 2005 Gambling Act. It is concerned that current regulations require changes to accommodate the growth of online betting.
Gaming Authorities ・ 29 June 2022

The government is reviewing the 2005 Gambling Act. It will introduce a maximum stakes of between £2 and £5 for online casinos and a ban on free bets and VIP packages for those who incur heavy losses. Companies will be required to remove features from online games that increase the level of risk for customers. The government will relax regulations for bricks-and-mortar casinos. They will have the right to install 80 gaming machines and extend credit to wealthy foreigners. A new ombudsman will set up to bolster people’s rights if gambling companies fail to be socially responsible.
Gaming Authorities ・ 29 June 2022

Richard Bradley promoted to partner at Poppleston Allen. Richard specialises in gambling and alcohol licensing law. His clients include Merkur Slots UK Limited, The Veterans’ Lottery and Cowells – Arrow Bingo Company. Lisa Sharkey, Managing Partner at the firm, is proud of Richard's achievements. Poopplestone Allen is the largest licensing solicitors in the UK. It has 21 lawyers and paralegals. Its clients are Buzz Bingos, Blueprint Gaming, Bandai Namco and Gauselmann Group.
Bingo ・ 16 June 2022

The outcome of the gambling review is expected to be announced in the next few weeks. Professional punter Neil Channing has expressed his concerns about the potential consequences of such a decision. He believes the outcome could have a significant financial impact on horse racing. The government's white paper that sets out their proposals for future legislation to tackle problem gambling is not expected for two years. It is possible that affordability checks could be included in it. If so, it would mean a 50% reduction in gambling. This is the same amount that was allowed under the 2005 Gambling Act.
Incidents ・ 10 January 2022

The government is conducting a review into the Gambling Act 2005. The list of proposals for reform was supposed to be released in March, but nothing has been announced yet. The latest update from Minister for Tech and the Digital Economy Chris Philp was that it would appear in the coming months.
Law ・ 20 December 2021

Gambling Minister is speaking at the GambleAware conference. The theme of the conference is "Collaboration in the Prevention of Gambling Harm". Minister was appointed in September as Minister for Tech and the Digital Economy. He has two key priorities: delivering on the manifesto commitment to make the UK the safest place in world to go online and to review the G gambling Act. The government considers gambling-related harm to be a health issue and a public health problem. It's our duty to prevent people from being led down a path to a dark destination.
Law ・ 08 December 2021