Coljuegos shuts down 1,577 unlicensed sites in first half of 2022 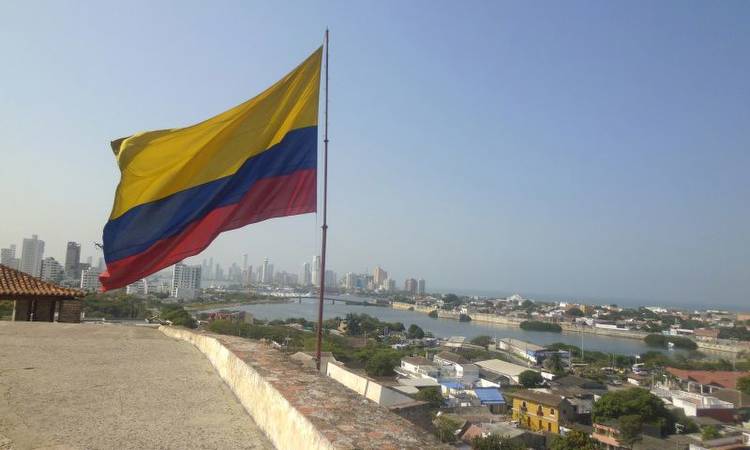 Coljuegos also revealed that during the half-year, it carried out 188 instances of enforcement action against illegal gambling establishments, removing 1,441 pieces of gaming equipment.

The statistic came as part of the operator’s half-year Public Accountability Hearing, where it also revealed how much money it had collected through gambling taxes and fees.

The total amount collected by Coljuegos was COP359.7m, which was up by 22.1% year-on-year.

Most of this money – COP224.7m – went to the Colombian social security system, while COP69.5m went to local or departmental health funds. COP34.3m went to the national pension fund and COP20.9m to the Ministry of Science and Technology.

“The gambling industry continues to go through a historic moment in our country,” Coljuegos president César Augusto Valencia Galiano said. “Within the framework of economic reactivation and sustainability, Coljuegos promoted an action plan using the commitment and creativity of collaborators, unions, businessmen and operators.

“Based on the processes of innovation and digitization, we managed to open new markets, new scenarios that have generated optimal conditions to report record figures like the ones we are mentioning today.”

Land-based gaming contributed 42% of the total collected, at CP151.1m. This was up by 33% year-on-year. This came as land-based gaming operators took in COP1.60bn in revenue for the six months.

Online gaming made up 32%. The Super Astro lottery contributed a further 16%, while the Balota Revancha Lottery made up 8% of the total.

Gambling Is On The Rise In Latin America

Coljuegos has blocked 1,577 illegal gambling websites in the first half of the year. The regulator is targeting both the land-based and online markets.
Gambling Sites ・ 19 August 2022

Colombia's gambling regulator, Coljuegos, continues to step up its efforts against illegal gambling operations. The latest moves focus on businesses operating out of Risaralda and Quindío.
Law ・ 16 June 2022

Coljuegos seized 159 pieces of illegal gambling equipment. The regulator will issue fines of COP4.8m to those responsible. Colombia legalised some forms of online gambling in October 2016. In 2021 it expanded the industry with online bingo, instant games and digital scratch cards.
Law ・ 16 June 2022

Colombian gambling industry generated total sales of 23.4bn pesos between January and July 2021. This is a 120% increase when compared to the same period in 2020. The industry has been able to send more resources to health sector. Online gambling registered 102,1m peso and a 189% rise. In the first six months of the year, 4.8 million active accounts were registered among the 17 authorized sites by Coljuegos.
Industry ・ 09 November 2021

Scientific Games has entered Colombia’s regulated market with its OpenGaming ecosystem through a partnership with digital gaming and sports betting operator Betsson Group. Scientific Games‘ debut in the Colombian iGaming space also marks the company's first foray into the Latin American region. Betssons bought a 70% stake in Colbet, one of the first operators to obtain a license from Colombia's gambling regulator, Coljuegos, following the enforcement of a new gambling regime in spring of 2016.
Industry ・ 25 August 2021

Gambling in Colombia Continues to Be Big Business

Latin America is ripe for expanded gambling. Colombia has seen a massive growth of its gaming industry over the last year. According to Coljuegos, the country’s gaming regulator, gambling in Colombia was worth over $5 billion for the first six months of the year, which is a big growth for ColjegOS.
Covid ・ 25 August 2021

Colombia: online gaming grows 148% in the first half of the year

Colombian games of luck and chance industry has recorded a growth of 99% in sales since 2020. The number of exploitation rights collected has risen to COP $332,886 million between January and June. Online betting has seen a 148% increase in profits since last year.   The situation generated by the pandemic in the vertical of games and chances boosted the evolution of bets in online games. Jhon Jairo Altamiranda, Commercial Vice President of Coljuegos, was the speaker at one of the fair's presentations.
Industry ・ 24 August 2021

Coljuegos carried out the raids on seven illegal gambling establishments. The regulator imposed COP2.22bn in fines on those responsible for the illegal operations. Last year, the regulator seized 871 illegal slot machines. It said the machines generated an estimated COP27.70bn of unlicensed revenue.  Coljego encourages customers to always play in licensed establishments or with locally licensed online operators.
Law ・ 11 August 2021

iGaming Is Cannibalizing Revenues Of Casinos In PA Says Report

Deutsche Bank carried out a study on the casino market in Pennsylvania. They found that land based casino revenue dropped by 12 percent in March, went up by 1 percent and then dropped again by 3 percent. The iGaming market brought in $10 million from July to December 2019. In the last 14 months, i gaming brought $68 million. iGambling is cannibalizing revenues of the land-based casino industry. iGamers are not worried about the recent troubles caused by the COVID-19 pandemic.
Finance ・ 15 July 2021

Quindío was the area with the most illegal machines, with 256 terminals seized. Some 206 machines were located in Cartagena, 168 in Barranquilla and 110 in Medellín. The machines generated an estimated COP27.7bn (£6.0m/€6m/$8.1m) in unlicensed revenue. 90 prosecutions related to illegal gambling activities were carried out in 2020.
Poker ・ 19 January 2021

Colombia's gaming regulator, Coljuegos, has approved a measure to bring live-dealer online casinos to the country. The move is being made following an extensive study into the revenue possibilities of the activity. ColJuegs has authorized a deferral on fees associated with the virtual gambling action. Virtual casinos will still have to make monthly payments for March, April and May, but these have been reduced by 50%. Minimum profit levels or guaranteed gross income contributions are waived through the end of this year. Rush Street Interactive entered Colombia in June of 2018 and began introducing online casino games and a sportsbook. It is now going to introduce live dealer blackjack and roulette to complement its offerings.
Covid ・ 19 January 2021

ORYX Gaming has launched its full turnkey solution with FullReto.co, the interactive business of Colombian casino operator Grupo Vinnare. Grupo Varnare is one of the largest operators of brick-and-mortar gambling locations in Colombia. The company obtained its permit from Coljuegos, Colombia’s gambling authority, this past September.
Malta ・ 18 October 2021