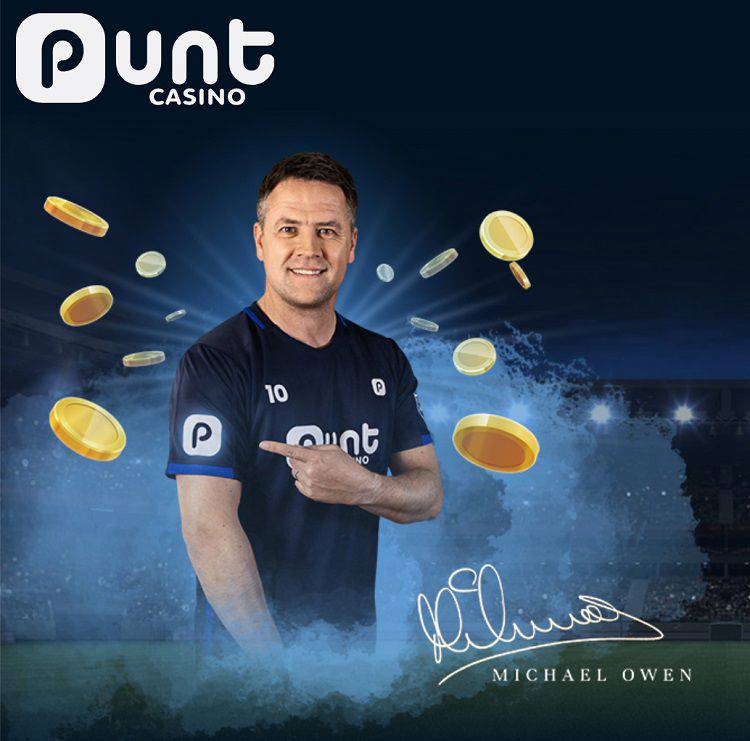 WILLEMSTAD - British football players are not allowed to advertise Curaçao gambling sites. This has been determined by the British Advertising Standards Authority, ASA. Renowned footballer Michael Owen used his Twitter account on May 16 to promote an illegal crypto casino to the British public. This is against UK gambling advertising laws.

Only licensed casinos are allowed to advertise in the UK. The British Advertising Standards Authority (ASA) has reprimanded Owen for this.

He advertised Punt Casino, which operates under a license from Curaçao. But the company is not licensed in the UK. The ex-world football player has recently become an ambassador for Punt Casino. That site is no longer accessible to players from the United Kingdom.

Punt Casino informed the Dutch site casinonieuws.nl that it does not actively promote itself in countries where the gambling company is not licensed and states that it has a full license in Curaçao.

That is not true. Punt Casino operates under a controversial sublicense from one of the island's five master licensees, Gaming Services Provider. According to Curaçao law, a gambling license cannot be transferred to third parties, but the Curaçao government does not enforce it.

Punt Casino is a so-called 'Bitcoin Casino', a casino where you can gamble with bitcoins or other cryptocurrencies. In the Netherlands, these types of casinos are illegal.

@GamRegGB grants British licence for @spinomenal The #onlinegaming content supplier Spinomenal has been licensed to offer services to #gambling operators in the British market.

Michael Owen is accused of promoting an unregistered crypto casino in the UK. He has been asked to delete the tweet from all social media platforms. Punt Casino is a fully licensed Curacao casino operating under the rules and regulations associated with that license. The ASA has successfully settled the case. Last month, Owen attracted a similar controversy after he promoted an NFT project. The footballer has had problems with regulators over his sponsorship deals. It is illegal to promote a gambling platform without a license from the Gambling Commission. Bookmakers targeting UK customers do not work with crypto because the practice carries significant risks of money laundering and illegal activity.
Incidents ・ 12 days

Punt Casino offers a no deposit bonus and 150% welcome bonus. Punt can be accessed by players across the US and in other eligible countries.
Bonuses ・ 21 June 2022

UK to ban celebrities popular with under-18s from gambling ads. New rules are set to take effect from October this year. UK gambling companies have raked in billions of pounds in profits over the past few years. Public Health England noted increasing concern about problem gambling. The gambling market earned 14.2 billion pounds ($18.64 billion) in 2020. It has been tightening the rules on gambling in recent years, including a cap on the maximum stake on terminals and stricter age and identity checks for online gambling and more support for those who become addicted.
Sports ・ 05 April 2022

Safety regulations for online gaming in the UK

There are safety regulations for online gaming in the UK. Be mindful of your surroundings and who is around you in a game or chat room. Don't share personal information such as bank account numbers. Report anything suspicious.
Industry ・ 28 February 2022

Casino Not on GamStop: Why Should You Register?

According to the official statistics of GamStop, 20% of registered players have tried to play in one of the many offshore casinos. Casinos not on Gamstop outperform both virtual and real UK casinos in many aspects, including gaming options, bonuses and convenience. UKGC is imposing more onerous restrictions on British casinos, so gambling sites outside of them are becoming more attractive to most UK players.
Gambling Addiction ・ 06 February 2022

The UK government proposes overhauling current gambling legislation. The Conservative Party pledged to review gambling laws in its manifesto at the 2019 general election. The gambling industry turns over around £14 billion every year. It is estimated that gambling is responsible for more than £10 billion in losses.
Gaming Authorities ・ 06 January 2022

Curaçao licenses 40% of the world's offshore gambling sites. Independent gaming regulator will be installed to oversee the 12,000 online casinos and sportsbooks conducting business through the country.
Law ・ 29 December 2021

Foxtel was found guilty of breaching gambling advertising rules. The company self-reported the breach. Foxtels provided training to its staff to refresh them about their obligations under the advertising code and introduced new controls to prevent gambling advertisements from being broadcast during live sporting events. ACMA ruled against a complaint filed by the media operator regarding an incident in April 2021. It aired a betting commercial during a half-time discussion of a fixture from the Australian Football League (AFL).
Law ・ 14 September 2021

Unibet, trading as Betchoice Corporation Pty Ltd, was recently convicted in New South Wales of posting gambling advertisements that were illegal in nature. The company was fined $48,000 for its actions.
Law ・ 23 July 2021

Malta was the first European country to come up with a legislative framework for its gambling industry. More and more gambling operators are looking to acquire a license from the Maltese Gaming Authority. Gambling operators with approval from accrediting agency are allowed to advertise their services to residents of the UK.
Law ・ 22 July 2021

Loto-Québec is concerned with the growing amount of advertisements from illegal online casinos. Crown corporation is working on measures to remind players that its online platform LotoQuebec.com is the regulated, secure and legally operated digital casino in the province.
Sports ・ 08 July 2021

Gambling is a big part of British culture. There is an increase in gambling addictions since the advent of online casinos. 1.4 million Brits are currently suffering from problem gambling. 9.2% of people who play online casino games become addicted. Experts wonder if gambling advertising regulations have slipped behind the technology.
Law ・ 01 July 2021