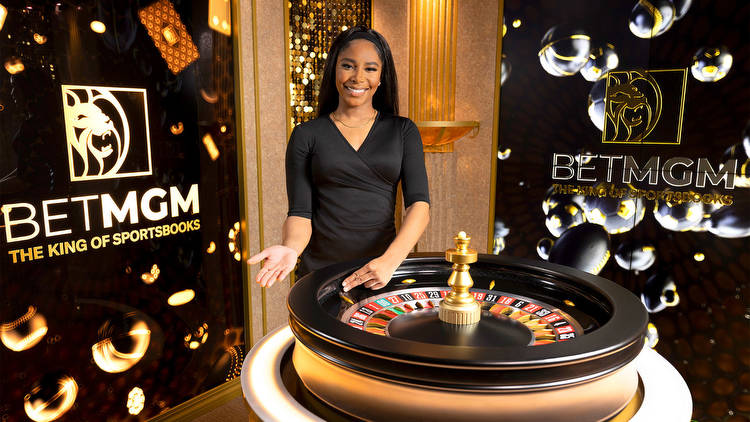 BetMGM announced Thursday the opening of its private live dealer studio in Michigan, built in partnership with its live casino partner Evolution.

BetMGM Casino launched its Michigan live dealer offering in July 2021and currently holds 39% market share in the state. Today’s opening of the new studio allows players to interact with a live dealer and other players at blackjack, roulette, and baccarat tables of varying price points.

“This beautiful, new studio enhances BetMGM’s live casino experience in Michigan and deepens our partnership with Evolution,” said Oliver Bartlett, Director of Gaming, BetMGM. “Inspired by the MGM Resorts brand, the studio is adorned with the iconic golden lion and the familiar black and gold BetMGM color scheme. We’re confident that it will amplify our market-leading casino offering in Michigan.”

“We’re thrilled that BetMGM has again entrusted Evolution with providing a full dedicated studio solution, powered by our technology,” said Jeff Millar, Commercial Director North America, Evolution. “As we set out to create a unique feel that players would love, the BetMGM studio in Michigan is one of the grandest we’ve built. We’re excited to continue our work within the state of Michigan, while strengthening our ongoing partnership with BetMGM.”

According to figures released last month by the Michigan Gaming Control Board, April set a new record for online casinos in the state at$132.4 million, surpassing the previous record of $131.67 million set in March. Meanwhile, revenue tied to online sports betting reached a total of $30.7 million. The state's commercial and tribal operators in April reported a combined $163.1 million in online gaming receipts and online sports betting - a slight increase of 0.6% compared with March results.

This week, BetMGM and PokerGO are hosting the BetMGM Poker Championship and a $25K freeroll tournament in the PokerGO Studio at ARIA Resort & Casino in Las Vegas. The Championship live final table will feature six players on Sunday, June 26, during the 2022 ARIA Poker Classic.

It's been one year since live dealer table games made their debut in Michigan online casinos. New trend for operators is having their own "exclusive" live dealers studio.
Live Gambling ・ 22 days

Evolution has opened a new live gaming studio in Connecticut. The company has hired 140 employees. It will offer live dealer games on FanDuel and DraftKings iCasino platforms. Gov. Ned Lamont praised the development. The full launch is scheduled for July 18, 2022. Connecticut laws require Evolution to operate in an in-state facility. Evolution's revenues in the fourth quarter of 2021 increased by 69%. It is driven by strong global demand for Live Casino. Its revenues also increased due to increased revenue from the RNG business.
Live Gambling ・ 12 July 2022

BetMGM and Evolution have opened a new live dealer studio in Michigan. The studio allows players to interact with a live dealers at blackjack, roulette, and baccarat tables. April set a record for online casinos in the state. The state's commercial and tribal operators reported $163.1 million in online gaming receipts and online sports betting in April. This week BetMgm and PokerGO are hosting the BetmGM Poker Championship and a $25K freeroll tournament in Pokergo Studio at ARIA Resort & Casino in Las Vegas.
Live Gambling ・ 27 June 2022

BetMGM announced the opening of its private live dealer studio in Michigan. The studio was built in partnership with Evolution, BetMgm's live casino partner. BetmGM Casino launched its Michigan live dealers offering in July 2021 and quickly established itself as one of the market leaders in the space.
Live Gambling ・ 23 June 2022

As the summer months draw closer, poker players are prepping for the upcoming World Series of Poker Championship (WSOP). The Venetian, Wynn Las Vegas and the ARIA all have major events going on.
Poker ・ 26 May 2022

Spin Your Way to ARIA Las Vegas with BetMGM Poker!

BetMGM Poker US is giving players a chance to spin their way into qualifiers for the BetMgm Poker Championship at ARIA Resort & Casino, Las Vegas. The tournament runs from June 23 to 26 as part of the ARia Poker Classic.
Poker ・ 25 May 2022

BetMGM launched its own live dealer casino games studio in Ontario this week. It offers six live blackjack tables operated by Malta-based Evolution. The games are available from BetM GMG's own European studio. In the US, live dealers games can be streamed from outside the province. Evolution and Playtech have studios in Michigan and New Jersey, but the games in Pennsylvania and Connecticut have yet to begin. In Ontario, the studios are in the state in which they want to offer the game. They can also be in any other state. Live dealers are a form of gambling that offers a closer experience than online gambling.
Games ・ 21 April 2022

At 11 a.m. tomorrow, several online casino operators working with studio provider Evolution Gaming will be able to secure a separate table for their own players. BetMGM Casino is working on creating a bespoke branded studio in Michigan.
Live Gambling ・ 08 November 2021

Evolution has launched a new live casino studio in Michigan. It is the company's third studio serving the US gaming market. The studio is one of the largest and best equipped in the U.S. gaming industry. The company is also the first to launch a live casinos for Wolverine players. Nine game operators have been live since the launch. There are plans to expand the content offerings for Michigan operators. They will launch dedicated branded tables later this year. iReport.com
Live Gambling ・ 23 July 2021

Evolution Group's new online gaming and sports betting provider NetEnt launched in Michigan on January 22, 2021. The company has been operating in New Jersey, Pennsylvania and West Virginia since 2015, 2019 and 2020. Jeff Millar, commercial director of North America at Evolution, says the US is the company's primary market.
Mobile ・ 07 May 2021