After five months, a local group wins the Catch the Ace jackpot 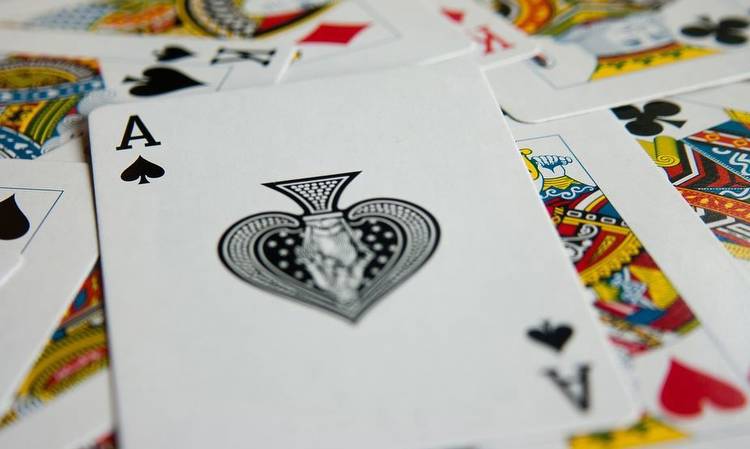 We have a major winner for the Townsend Smith Hospice Foundation (TSHF) Catch the Ace raffle!

For the past five months, the charity organization has been running a weekly Catch the Ace progressive raffle. Each week, a winner is given a card from a deck. They automatically win the weekly pot, but could win the jackpot if they pull the elusive ace of spades, like we just saw. Here’s a rundown of how the raffle works:

Executive Director of the TSHF Theresa Greer says the big winner is a group of longtime supporters.

Greer adds that it’s wonderful to see the Foundation continue to have so many avid and consistent supporters.

TSHF feels the community would be better served by having palliative and respite care available in either Milton or Halton Hills.

The organization has finalized a deal for their location. The deal would place the hospice on the same land as Hillcrest United Church in Georgetown, just across from Pineview Elementary School on Trafalgar Road.

Greer is thankful for the success of this year’s raffle. She also thanks Mayor of Halton Hills Rick Bonnette for his kind words in the Georgetown Independent newspaper recently. She says support by figures like Mayor Bonnette help build and grow the organization as a whole.

This was the third go around for the Catch the Ace draw for Townsend Smith. Last year’s draw was won by a group known as the She-Beasts who workout out of Milton’s FirePower CrossFit gym. They won a collective $27,941. You can read about their win here.

Ace of spades not pulled in Catch the Ace draw, $3200 jackpot remains up for grabs

The Catch the Ace raffle is raising money for the Townsend Smith Hospice Foundation. Sherry Stevenson won $150.
Winnings ・ 30 May 2022

Would you give all your lottery winnings to charity if you hit the jackpot? In this article we are going to hear about lottery winners who did just that. We are also going learn how to become the next potential billionaire by betting on the Powerball from the UK with Lottoland to win the Jackpot.
Winnings ・ 27 May 2022

ARCH Hospice March 50/50 grand prize draw winner claims jackpot of $24,570. Annetta Golder has been supporting ARCH Hospices for almost two years. She plans to use the money to travel and support her family.
Winnings ・ 04 April 2022

Funding for Halton Healthcare Milton District Hospital, the Town’s Sports Hall of Fame, and the Country Heritage Agricultural Society will be at risk if Ontario moves forward with its proposed iGaming regulations. A portion of their funding comes from the Milton Community Fund program, which was created to allot money received from Lottery and Gaming Corporation's Mohawk location. The report predicts current regulations could cost the province a total of 2,500 paying union jobs and $11.3 million in municipal payments over the course of five years.
Jobs ・ 07 February 2022

The Pembroke Regional Hospital Foundation Catch the Ace raffle offers a weekly prize and a progressive jackpot. The weekly draw has an estimated $120,000 if the ace is caught. Last week Allison Neilson-Sewell won $5,666.50% of the proceeds go to the PRHF Cancer Care Campaign.
Winnings ・ 07 February 2022

The Woodstock Hospital 50/50 jackpot has reached $100,000. The money is used to buy medical equipment and technology for the Diagnostic Imaging department at the hospital. Since the draws started last November, it has raised over $471,00 for that purpose. December's Grand Prize draw is on December 31, 2021 at 10:00 am. Tickets can be purchased online only by visiting www.woodstock5050.ca.
Winnings ・ 24 December 2021

Win a big cash jackpot while supporting world-class healthcare at Peterborough Regional Health Centre. The November 50/50 Lottery runs until midnight on Monday, November 29th. One lucky winner will take home the grand prize jackpots of over $34,000 and growing. 50% of all ticket sales go to the PRHC Foundation. The money goes to equipment and technology that transforms patient care at the hospital. It also helps to fund technological advancements and essential medical equipment. There are new state-of-the-art CT Scanners used to help diagnose and treat patients at PRH.
Winnings ・ 26 November 2021

The Renfrew Victoria Hospital Foundation has a Catch The Ace draw for $5. The draw is held at the hospital and streamed live on Facebook. To date, more than $845,145 has been raised for the Ren frew hospital. All proceeds will be directed towards enhancing the Emergency Department and upgrading the medical equipment. The first draw in 2020 attracted a lot of attention. Last week the winner was from Pembroke. She picked up her cheque for about $24,177. If ticket sales remain steady for last two days of week #48, the number of tickets sold this week will probably be 25,000.
Winnings ・ 24 November 2021

Darlene McEachran won $2.4 million in the Catch The Ace lottery from the Hospital for Sick Children in Toronto. She was away on a camping trip when the draw took place. It's the largest-ever online Catch the Ace jackpot recorded in Ontario. The money raised will go towards the VS Limits campaign. The campaign aims to collect $1.5 billion by 2023.
Winnings ・ 14 September 2021

Jack Tikkanen of Sudbury won $549,045 in August's HSN 50/50 Cash Lottery for the North. He will support the Health Sciences North Foundation, the NEO Kids Foundation and the Northern Cancer Foundation. The money will also support priority equipment needs at H SN. The ticket promotion for last month is back for September. It offers more chances to win this month by adding an extra ticket for every dollar spent. Tickets purchased before 8 a.m. the day of the early bird draws will be included in that day's draw. September’s HSNS 50-50 draw is now live at www.hsn5050.ca.
Winnings ・ 02 September 2021

Catch the Ace Jackpot reaches over $150,000 for Humane Society London and Middlesex

Catch the Ace fundraiser has exceeded over $150,000 in their progressive jackpot. The winner of the raffle gets 20% of ticket sales. Humane Society for London and Middlesex provides shelter and appropriate new families for surrendered animals. The organization has over 250 animals in its shelter each day. Tickets are only available online. To buy them, visit their website. They are available only online to help support the HSLM.
Winnings ・ 28 July 2021

Catch the Ace Lotto in Russell Makes its Return

The Catch the Ace game has made its comeback this Sunday. The draw-based game was put on hold in April due to the spread of the unprecedented situation. It is sponsored by the Kin Club of Russell and the jackpot now stands at CA$335,000.
Lottery ・ 07 June 2021

Paul Villeneuve won $8,114 in the Catch the Ace lottery draw on Sunday. The Club's third Catch The Ace jackpot has surpassed $163,000. Next draw is on January 4, 2021. Money from the lottery goes to local charities. Due to pandemic lockdown, next draws will be held privately. Online ticket sales close at 11:59 p.m. on Saturday, January 2nd, and paper ticket sale closes at noon on the Sunday before the draw.
Winnings ・ 19 January 2021

Russell Kin Club's Catch the Ace lottery jackpot has reached $125,000. Six charities benefit from the weekly lottery. The next draw is on December 27th. Tickets are available online and at several retail locations. If the draw doesn't go, the tickets can be bought for Christmas. They can also be given as a gift. It's similar lotteries in Eastern Canada have gone into the millions of dollars. There are also some retail stores in Hallville and Winchester Foodland.
Winnings ・ 19 January 2021