UKGC report into young people gambling finds most is regulated; only 0.9% of children are problem gamblers 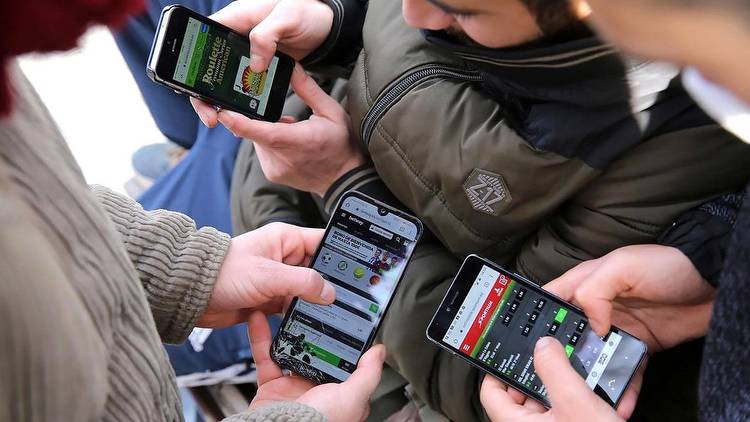 The UK Gambling Commission released Thursday its Young People and Gambling Report, an annual study that helps understand children’s and young people’s exposure to, and involvement in, all types of gambling. According to the report, almost one-third of children (31%) aged 11 to 16 spent money on any gambling activity in the twelve months prior to taking part in the survey.

However, it should be noted that the most common types of gambling activities that young people spent their money on were legal and did not feature age-restricted products, namely: arcade gaming machines such as penny pusher or claw grab machines (22%); placing a bet for money between friends or family (15%); playing cards with friends or family for money (5%).

The survey found 23% of young people spent their own money on regulated forms of gambling. Additionally, the youth-adapted problem gambling screen identified 0.9% of 11 to 16-year-olds as problem gamblers, 2.4% as at-risk gamblers, and 27.3% as non-problem gamblers.

Most (78%) young people who spent money gambling in the last 12 months did so because they regard it as a “fun” thing to do. Whilst one in five (21%) agree that gambling makes them feel happy, more (29%) disagreed that it made them happy and the same proportion (29%) were unsure either way. 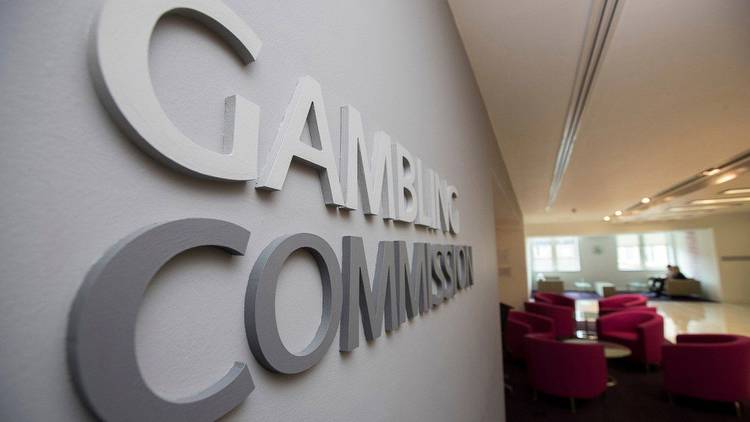 Three in ten (28%) young people had seen family members they live with gamble, of which 7% indicated it had resulted in arguments or tension at home. However, one in ten (11%) said that gambling by a family member had helped to pay for things at home.

The results of the survey are used by the Gambling Commission to better protect this specific group from harm. “As the industry regulator, we require gambling operators to have strong protections in place to prevent children from accessing products illegally,” the UKGC noted. “This also includes rules preventing marketing and advertising being targeted at children.”

In this year’s survey, whilst the headline data around regulated age-restricted products is encouraging, “there is clearly a group who still struggle with gambling,” said the regulator. “We are committed to understanding and acting on these findings in more detail to help us, and a variety of other stakeholders, appreciate if and how young people are playing on regulated and non-regulated products, the challenges, and the wider implications,” the UKGC added.

The findings are taken from the annual Young People and Gambling Survey, conducted in 2022 by Ipsos on behalf of the Gambling Commission. The results are based on a sample of 2,559 pupils aged 11 to 16 years old across curriculum years 7 to 11 (S1 – S5 in Scotland) using the Ipsos Young People Omnibus. Pupils completed an online self-completion survey in class. Fieldwork took place between 14 March and 1 July 2022.

Aspire Global has been issued with a £237,600 financial penalty by anti-money laundering failures by the UK Gambling Commission.

Jersey @GamRegGB responds to criticism over charity raffle rules The Jersey Gambling Commission had been criticised by fundraisers. 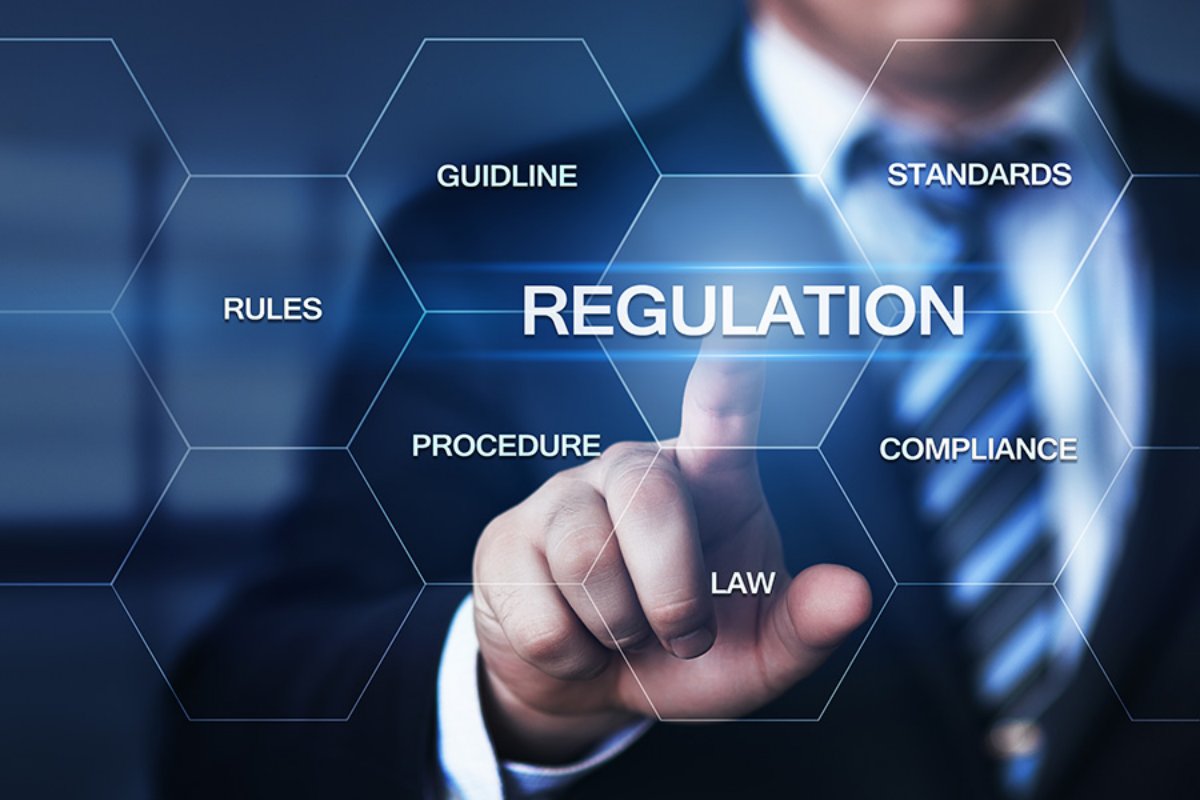 UKGC Studied the Changes in the Gambling Landscape

The UK Gambling Commission has published its latest statistics concerning the state of the gambling industry. The data shows that the retail sector is recovering from the COVID-19 pandemic but the online vertical continues to be more popular.
Industry ・ 10 days
Sigma

UKGC finds 0.9% of children between 11-16 are problem gamblers

UKGC report finds that 0.9% of children between 11-16 are problem gamblers. 31% have spent their own money on gambling in the last 12 months.
Gambling Addiction ・ 24 days

Report produced by Ipsos and published by the Gambling Commission found that 3.5% of children aged 11 to 16 have a gambling addiction or are showing signs of developing one. More girls than boys have gambling problems. Three in ten kids were actively involved in gambling in the last 12 months. 10% had played some form of National Lottery game in that time. Grieving parents are worried about the impact of gambling on children. The Betting and Gaming Council enforces strict age verification to prevent underage gaming. A study published in 2019 claimed that half of Britain's children were at risk of a betting addiction.
Gaming Authorities ・ 24 days
iGaming Business

Gambling Commission report highlights gambling habits among children. The report looked at the gambling behaviour, attitudes and awareness of gambling among younger people in Britain. It was based on a sample of 2,559 school pupils aged 11 to 16. 31% of the sample group gambled with their own money in the past year. Some 22% played arcade gaming machines, 15% placed bets between friends or family, 5% used cards and 10% had played some form of National Lottery game. Online gambling activity was low. Most common form was betting on esports.
Gaming Authorities ・ 24 days
Super Slots Casino

New UKGC report highlights underage gambling activity. 31% of 11- to 16-year-olds took part in some type of gambling during the past year.
Law ・ 25 days
Kent Online

31% of 11 to 16-year-olds spent their own money on some form of gambling in the last year. Most common types of betting were legal or did not feature any age restrictions. Some 2.4% are considered to be problem gamblers, while 27.3% consider themselves non-problem gambers. Three in 10 young people who spent money gambling said they did so because they considered it fun.
Gaming Authorities ・ 25 days
Yogonet

The United Kingdom Gambling Commission has released its latest gambling participation and prevalence survey. The National Lottery, where the proportion of respondents who had played rose from 26.5% to 28.7%, and the portion of people who gambled more regularly increased. In-person gambling rates are increasing, but they remain below pre-pandemic levels. People are starting to return to in- person activities like bingo, horse races and dog racing. However, overall gambling Participation remains lower than pre thecovid levels and it's still below 34.9%.
Covid ・ 26 October 2022

Gambling addiction numbers remain steady in UK in latest survey. Men represent the bigger number of problem gamblers. The most vulnerable age group is people between 16 and 24. People are waiting for the return of physical gaming venues. The White Paper, a review of Gambling Act 2005, is coming. It will change the British gaming market. Online gambling is still the most popular method of gambling in the UK. National Lottery tickets are bought mostly online. They are more generous. There is a higher contribution to good causes. UK Gabbling Commission is looking for new methods to conduct similar surveys in future.
Gambling Addiction ・ 29 July 2022
Yabby Casino

UKGC: 73% of incentives target online betting; 61% of gamblers not influenced

UK Gambling Commission released new data analyzing consumers’ experiences of receiving free bets and bonus offers from gambling companies. Over two thirds of gamblers had received some form of incentive in the last 12 months. Most common were free bet/spins and sign up offers, most common way of getting them was through email. Problem gambers are most likely to receive incentives to gamble daily. They are more likely than problem gamblers aged 45+ to like incentives. They also agree that incentives encourage them to bet more than they want to.
Gaming Authorities ・ 20 February 2022
SBC News

The UK Gambling Commission has released a report on the impact of its ban on credit cards for gambling payments. The report found that consumers are supportive of the ban. NatCen Social Research will conduct an evaluation of it scheduled for completion in early 2023. The findings will be used to inform future policy development. It was introduced as part of UKGC's work to reduce gambling harm. UKGamblingCommission’s Online Tracker quarterly survey of 2,000 adults over 18 in Great Britain and 2CB”s Consumer Voice Research involved an eight day online programme with 30 participants.
Payment Methods ・ 02 November 2021
Children & Young People Now

Game over: the risks of children gambling

11% of 11- to 16-year-olds spent their own money on gambling in the past week. Gamers and Gamblers Education Trust (YGAM) and the National Audit Office estimate 55,000 problem gamblers aged 11 to 15 in UK. A further 85,00 people are at risk. Most young people the centre sees are diagnosed with “online gaming disorder”. The consultation is looking into whether under-18s should be prevented from buying loot boxes. The clinic accepts referrals for children as young as 13 but receives few for under 16s.
Gaming Authorities ・ 29 October 2021
SBC News

Compliance for UK gambling businesses: What changed in 2020 and what to expect for 2021

There was a rise in the number of online gambling players during the COVID-19 pandemic. The 2005 Gambling Act was described as "sluggish" and "toothless" in combating problem gambling caused by increased online gaming. Betway and Caesars Entertainment UK paid over £10m for breaching AML and problem betting laws. Emergency laws were enacted in 2020 and are expected to change in 2021.
Industry ・ 19 January 2021

31% of children aged 11 to 16 gamble their own money in the year before the survey. UK Gambling Commission conducted the study to establish stricter measures to minimise gambling addiction in children and adolescents.
Gambling Addiction ・ 3 days