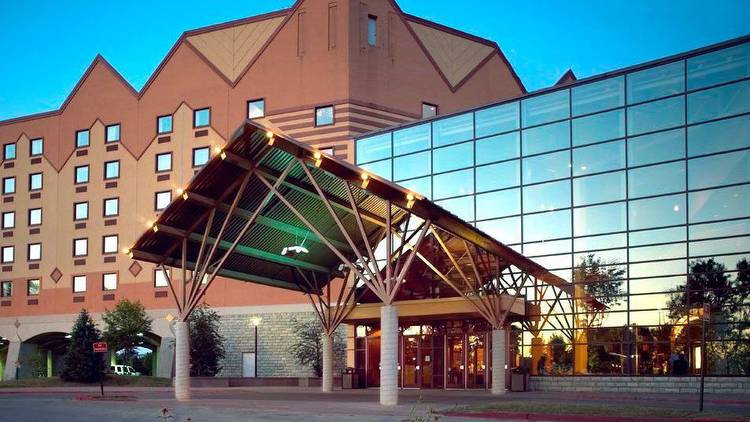 Kewadin Casinos announced that starting Wednesday, March 30, all its five tribal gaming properties in Michigan will lower their gaming age limit from 19 to 18. This does not affect the minimum gaming age of the online casino and sports betting, which is regulated by the Michigan Gaming Control Board. That limit will remain at 21 years of age.

According to the tribal gaming compact that the Sault Tribe of Chippewa Indians, owner of the Kewadin Casinos properties, has with the state of Michigan, the casinos have had the ability to lower their age limit as low as 18 at any time.

As reported by Upper Michigan Source, Allen Kerridge, Kewadin Casinos Chief Executive Officer, stated: “The decision to now lower the gaming age limit to 18 is a decision that gives all legal adults access to gamble at their casinos and this change will allow us to be consistent and competitive with those casinos”.

Several procedures were implemented in 2006 to prevent underage gaming and drinking, back when the age limit was lowered to 19. These procedures will now include those 18 years of age. All properties have a podium located at each entrance where identifications are checked. Those customers under the age of 21 are identified, security maintains a log to track individuals that are under that age. All Kewadin servers and bartenders are trained through a “TIPS” program to identify and prevent underage drinkers.

Play'n GO greeted the launch in Michigan and noted that it will work to expand in other states:

The City of Sault Ste. Marie has received a quarterly payment of more than $375,000 from OLG for hosting the Gateway Casino. The city has also received more $32 million from the company since the opening of the casino in 1999.
Lottery ・ 10 days

Gateway Casino Sault Ste. Marie has brought back live gaming. The gaming amenity is operated by Gateway Casinos & Entertainment for the Ontario Lottery and Gaming Corporation. It was closed in 2021 due to the potential spread of the virus.
Live Gambling ・ 27 June 2022

Upper Peninsula Casino Guide: How To Enjoy Gaming In Michigan's UP

There are 10 casinos in the Upper Peninsula of Michigan. The area is great for outdoor attractions and food. PlayMichigan gives a rundown of all the casinos and local entertainment and dining options. It also gives some recommendations for things to do outside the gambling halls.
Strategy Guide ・ 06 June 2022

The name of the Greektown Casino-Hotel will be changed to Hollywood Casino at Greek Town starting on Sunday, May 1. The name change is part of a $30 million renovation of both the hotel and the casino.
Sports ・ 25 April 2022

The Sault Tribe of Chippewa Indians is lowering the gambling age at all of its casinos to 18 years old.
Strategy Guide ・ 01 April 2022

Kewadin Casinos will lower the gaming age limit from 19 to 18 starting March 30. The change is due to the tribal gaming compact that the Sault Tribe of Chippewa Indians have with the state of Michigan. Online casino and sports betting is regulated by the Michigan Gaming Control Board and the limit will remain at 21.
Law ・ 29 March 2022

The Lac Vieux Desert Band of Lake Superior Chippewa Indians announced a partnership with the Hodag Country Festival. Northern Waters Casino Resort is a proud sponsor of the festival starting with 2022 season. The festival is one of Wisconsin's biggest and longest running country festivals. It's been featured on TV shows like Discover Wisconsin and ranked among the favorite destinations in the state. This year's festival will feature nationally known artists like Sawyer Brown, Jo Dee Messina, Russell Dickerson and Neal McCoy. The private event was attended by members of Lac Vieux desert tribe and Northern waters casino resort executives.
Travel ・ 10 February 2022

Report for Great Canadian Gaming Corporation predicts that the launch of Ontario's new open iGaming market could have a negative effect on land-based casinos. It predicts a 25% job loss at Gateway Casinos Sault Ste. Marie and a cost of CA$1.9 million over five years to the venue.
Land-based ・ 24 January 2022

Ontario closed down casinos and other indoor entertainment venues on January 5, 2022 in order to prevent spread of the new variant of health and safety issues. The province entered Step Two of a redeveloped reopening plan, which was scheduled to be lifted on Jan 26th, 2021. January 31st is now the target date.
Lottery ・ 24 January 2022

The Little River Band of Ottawa and Chippewa Indians wants to build a new casino in Muskegon County. It would be built on an 86-acre site of the former Great Lake’s Downs Race Track that was purchased in 2007. The casino is expected to attract more than 1.8 million visitors per year and generate more that $15 million in revenue for Michigan and millions more for local governments.
Finance ・ 16 January 2022

The City of Sault Ste. Marie received $327,408 from Ontario Lottery and Gaming Corporation for hosting Gateway Casinos – S.Marie since May 1999. Since August 16, 2021, all gaming sites in Ontario resumed operations. To date, host municipalities have received more than $1.76 billion in non-tax gaming revenue. The reopening of gaming. sites will give service providers the opportunity to advance their development plans.
Finance ・ 21 October 2021

GAN has signed a new agreement with the Saginaw Chippewa Indian Tribe of Michigan to expand its portfolio of tribal clients in the state.
Land-based ・ 25 May 2021

PointsBet has launched its first online casino in Michigan.
Sports ・ 07 May 2021

$250 Deposit Bonus in May 2021. New Jersey and Michigan are the first two states where WynnBET is available. The site is looking to launch in Pennsylvania. The WynNBet sportsbook is already available in a number of states. It's easy to switch between the casino and the sports book. There are also instructions for getting an account and downloading the WynlBets app. They also give a rundown of the site features and game selection.
Bonuses ・ 07 May 2021

GAN and Wynn confirm sports betting and igaming launch in Michigan. GAN will be the enterprise software platform for its internet sports gambling and internet casino gaming business in the Great Lakes State. The launch is subject to all regulatory approvals. It is part of the previously announced market access agreement between GANS and the Sault Ste Marie Tribe of Chippewa Indians. Gans will publish third-party sports bets content. Wynne Resorts operates casinos in Las Vegas and Boston.
Sports ・ 19 January 2021

Windsor-Essex is the last region in Ontario to enter Stage 3 of the business reopening plan. Since March 16 this year, in-person gaming in casino venues and gaming halls has been put on pause indefinitely.
Lottery ・ 19 January 2021