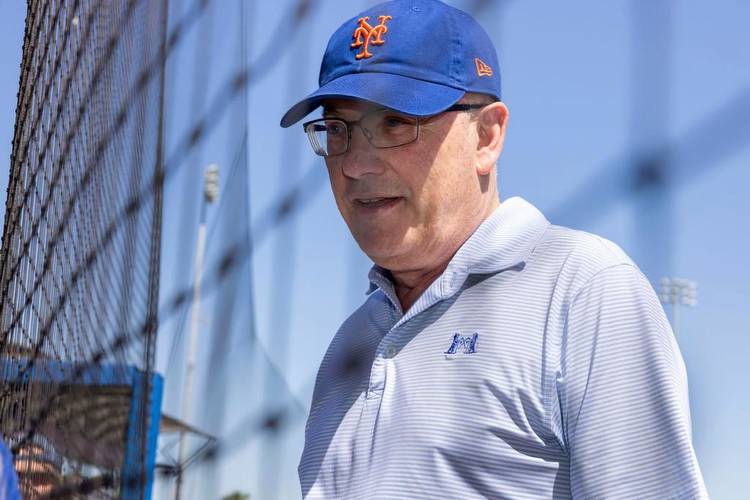 He’s swinging for the fences — and hoping for a jackpot.

While his Mets look to shore up their ranks ahead of the trade deadline, owner Steve Cohen is at the same time angling to secure one of the three downstate commercial casino licenses, dispatching close associates to cozy up to Mayor Eric Adams and Queens officials.

Sources told The Post that Cohen is ramping up efforts to partner with a casino operator and eyeing redevelopment prospects around Citi Field in Willets Point.

He also started vetting several casino owners for his license push over the last several weeks, working with investment bank Union Gaming to choose a partner.

Cohen is believed to favor Hard Rock – also a major donor to Gov. Kathy Hochul – a source close to the process said. He was also recently speaking to Sands Hotel and Casino, sources said.

When Cohen bought the Mets in 2020 he talked to Sands about a potential casino project down the road, The Post reported at the time.

Real estate developers and gaming operators are currently rolling the dice for the right to open local open casinos.

There’s already two slot parlors up and running at horse-race tracks that will apply for a full license — Resorts World/Genting at Aqueduct in Queens and the Empire City/MGM at Yonkers in Westchester County. Hudson Yards on the West Side of Manhattan and Times Square are also locations being eyed.

“Cohen has a big operation,” said a casino industry source, adding that the Mets owner is heavily relying on his in-house talent on the casino discussions.

Michael Sullivan – Point72’s chief of staff and head of external affairs – is listed on the New York State Gaming Commission’s website as the principal lobbyist for New Green Willets, LLC, which shares the same address as Point72.

The source said “Sully” is well known as one of Cohen’s most trusted associates.

Multiple sources spotted Sullivan palling around with Adams at the private nightclub Zero Bond last Thursday during a reception for the 2024 Democratic National Convention host committee.

“He was going around telling everyone that he was the owner of the New York Mets,” said one source of Sullivan. “He was constantly bringing different people to meet the mayor.”

The purpose of the meetings were to push for the downstate legal casino licenses in the state budget, discuss “potential economic development, housing and mass transportation development at the Willets Point neighborhood of Queens, NY” and lift the controversial private business vaccine mandate for athletes, according to the filings.

He’s touching all the political bases by meeting with elected officials.

Queens Borough President Donovan Richards, a Democrat, said Cohen requested a meeting with him earlier this year, which he described as a preliminary discussion about what to do with the property they own in Willets Point around Citi Field.

He said Sullivan was there, as well as Mets general manager Billy Eppler.

“They asked, “what are your thoughts if there was a casino?” Richards recalled to The Post in a phone interview. They also discussed transportation options, housing and entertainment plans in the area.

Richards said Queens communities, particularly those around Willets Point, are still hurting post-pandemic and told the execs: “I want to make sure there is investment and job development.”

Sullivan also attended meetings on June 27 and July 7 with Democratic state Sen. Jessica Ramos, who currently represents the district including Citi Field and Willets Point, and who this week took on AOC, calling radical the congresswoman “absent” from her constituents.

“He expressed interest in knowing what the community thinks about developing around Citi Field and acknowledged I would have to approve of any changes in land use,” Ramos told The Post.

She said she hasn’t seen any plans for a casino, but if proposed she will likely be required to sign off on legislation.

It’s important for Cohen and his team to meet with elected officials if he wants to win approval to build a casino.

The state Gaming Commission will appoint individuals to a casino siting board by October 4th, per state law. After that, a 90-day period will open up to review submitted bids.

Gaming interests will have to win two-thirds approval of a six-member community advisory board for the area where a casino plan is proposed.

Representatives are slated to include appointees from the borough president, local state senator and assembly member and City Council member, as well as the governor and mayor.

Unless state-owned property, the casino plans also would have to be approved according to the city’s lengthy land-use review procedure that needs the blessing of the City Council – and potentially Albany.

Cohen started cozying up to Adams during his successful campaign for mayor. He donated millions to a pro-Adams super PAC last year. He and his wife Alexandra have also donated thousands to Hochul, per state board of elections filings.

Reps for Cohen and Sullivan didn’t immediately respond to a request for comment.

Wynn Resorts and Related Companies are teaming up to build a casino in the western half of Hudson Yards. The first part of the mixed-use development opened in 2019. Governor Kathy Hochul supports the project. New York state lawmakers approved three full-service casinos for New Yorkers in April. Wynn's project is the first publicly announced proposal for one of these licenses.
Gaming Authorities ・ 12 days

The Related Companies announced earlier this week its plans to team up with casino giant Wynn Resorts to bid for one of three downstate casino licenses. The proposal to build a casino at the Hudson Yards development on Manhattan’s west side has its advantages.
Politics ・ 16 days

The casino would be located next to Javits Center on the western side of Hudson Yards. Lawmakers approved up to three full-service casinos for the New York City area in April. The state’s gambling commission has until October to create a board that will oversee the application process. The six-person advisory committee that Related and Wynn will have to win over will include representatives from Mayor, Governor, City Council, Borough President, the local Assembly member and the state senator.
Travel ・ 17 days

The Related-Wynn proposal would have to get approval from a six-person community advisory committee. Mayor Eric Adams will have a representative on the committee, as will the governor, the local City Council member, borough president, local Assembly member and the state senator. The committee will also include the mayor, governor and a state legislator. Mr. Adams has close ties to Mr Cohen, who helped bankroll a super PAC that supported his candidacy during the 2021 Democratic primary. For decades, New York City officials and developers have debated what to build in Hudson Yards. If a casino were built, it would open at a time of more transformation in the neighborhood.
Politics ・ 17 days

Steve Cohen's plan for a casino near Citi Field is most likely to happen in downstate New York. Jeff Gural quashes the idea of a Casino landing somewhere in Manhattan. He predicts that there will be overwhelming opposition to a Manhattan casino. The people in Saratoga voted against it for the same reason.
Travel ・ 16 August 2022

Mets’ casino gamble could crap out in parking lot

Steve Cohen has spent hundreds of thousands of dollars lobbying city officials in connection with his push to build a casino near Citi Field. The team's lease agreement with the city and state law stand in the way. Gov. Kathy Hochul proposed creating three more downstate casino operator licenses earlier this year. Other real estate developers are eyeing casinos for Times Square and Hudson Yards in Manhattan and Coney Island in Brooklyn. The plan for Citig Field includes possibly erecting a gambling hub on a stadium parking lot or across the street at Willets Point.
Land-based ・ 15 August 2022

Steve Cohen is pushing for a casino near Citi Field. The project has been stalled for years. New York Mayor Eric Adams is a supporter of the project.
Politics ・ 30 July 2022

Steve Cohen Wants A NY Casino At Citi Field. How Realistic Is That Possibility?

Steve Cohen wants to build a casino next to Citi Field. The NYS budget includes three casinos. Steve Cohen is worth $99 billion. He is in talks with Las Vegas Sands about the possibility of building a CNY casino. New York Mets are taking advantage of the sudden influx of sports betting dollars.
Gaming Authorities ・ 22 April 2022

Steve Cohen is discussing a potential casino with Las Vegas Sands Corp. The state is in its early stages of exploring the idea of offering casino licenses in the New York area.
Gaming Authorities ・ 01 November 2021

Steve Cohen is in talks with Las Vegas Sands Corp. about putting a casino near Citi Field in Willets Point, Queens. The neighborhood was once largely industrial but is undergoing redevelopment. New York state's deadline for downstate-area casino proposals is December 10. Hard Rock Resort is also planning to build a resort in East Rutherford, New Jersey. The company sold the vast majority of its U.S. portfolio last March for $6.25B. It lobbied the Texas legislature to pass bills legalizing gambling. Last year, pandemic in Southeast Asia increased international travel restrictions.
Sports ・ 01 November 2021

Mets majority owner Steven Cohen is in talks with Las Vegas Sands Corp. to build a casino next door to Citi Field. Las Las Sands has long been interested in development opportunities around New York City. New Yorkers are yearly given billions of dollars from gaming states. The New york state gaming commission issued a request for information to parties interested for three unawarded commercial casino licenses. Queens area, where Citib Field is located, is listed as a qualifying location for a new casino. Bally’s Corp., Wynn Resorts Ltd., Las Vegas Sands and the Malaysia-based Genting Group are also mentioned as companies that might express interest.
Gaming Authorities ・ 30 October 2021