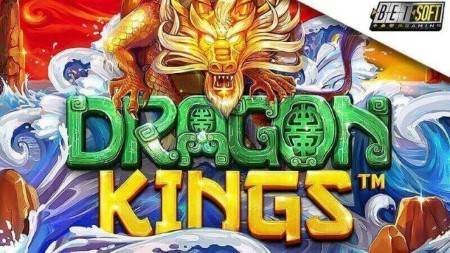 In 10.5 years of BJP rule, offshore casinos got 21 extensions to operate in Mandovi 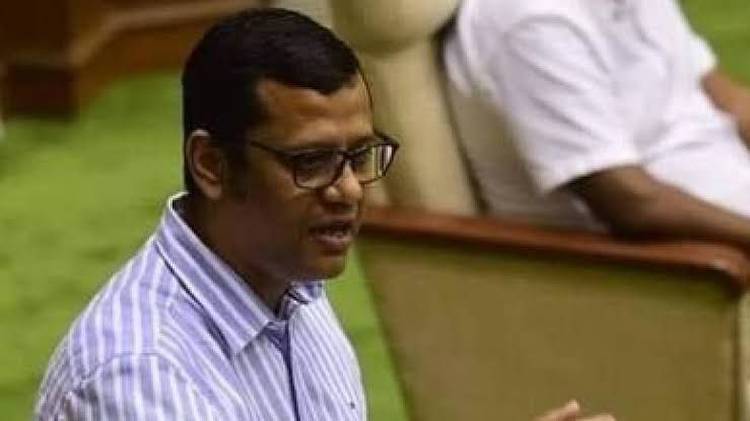 SURAJ NANDREKAR/GoemkarponnPANAJI: In 2012, the BJP came to power due to sheer public desire for what people called the corrupt Digambar Kamat from 2007-2012.The main issues that BJP fought for under Manohar Parrikar in 2012 were Illegal Mining and Off Casinos.Ten years down the line (in the eleventh year), there is no accountability for the Rs 35,000 cr illegal mining, nor have the casinos moved out.On Wednesday, November 23, the Goa state government granted another six months extension to the offshore casinos to operate in River Mandovi.As per the latest decision, the offshore casinos will operate on the River Mandovi from October 1, 2022, to March 31, 2023, or until a new site is identified for relocating them.For information, this was the 21st extension granted to the offshore casinos to operate in River Mandovi, a reason that the extension is given until a new site is identified for relocating them. The first was granted under Manohar Parrikar in 2012.In these 10 years, the leader of that “corrupt” government – according to BJP, Digambar Kamat, along with the then Cabinet Ministers and MLAs – Vishwajit Rane, Ravi Naik, Babush Monseratte, Mauvin Godinho and then Congress president Subash Shirodkar, Congress ally – Sudin Dhavalikar then, are now part of Dr Pramod Sawant-led BJP government.Since most MLAs of the 2012 Congress government have changed their colours to saffron, there is no way casinos are going anywhere.

Not only Congress MLAs, after 2012, it was Porvorim independent MLA Rohan Khaunte, who is the Tourism Minister today, and vehemently opposed the casinos then, but now, he too seems to look the other way round.

Casinos going nowhere…Offshore casinos are the heartbeat of real-money gaming in Goa, making the coastal state the poker capital of India. Still, their continued operations off River Mandovi have invited local protests and political turmoil in the past.Over the past 10 years, the state government has granted 21 extensions to the offshore casinos, thus letting them operate on the Mondavi unimpeded. The extension was given primarily for want of an alternative site.The state government said that the Home Department and the Captain of Ports (CoP) had identified four possible alternatives, including the mouth of River Mandovi near Aguada jail, two on the River Zuari, and one off the River Chapora.By public notice, objections were invited to the alternate proposed sites. Complaints about the relocation of the offshore casinos to these proposed sites were received from various individuals and village panchayats.Since the identified areas were found to be technically not feasible, the issue of relocating the offshore casinos could not be finalized.The Home Department has requested details to be submitted of alternate sites identified for permanently relocating the offshore casinos.As the alternate feasible sites could not be made available, the Home Department proposed to the state government to grant a further six months extension to the offshore casinos, starting from October 1.Six casinos operate on floating vessels moored on River Mandovi, namely Deltin Royale, Deltin JAQK and Deltin Caravela, Casino Majestic Pride, Casino Pride II, and Casino Big Daddy.

The fact is casinos form a significant bulk of revenue for the government. Since most industry sectors have been closed for months, the government must recognize the casino sector that plays a crucial role in promoting Goa as a tourist hotspot apart from employing many Goans. Not to forget the license fee and taxes that go into the state coffers. 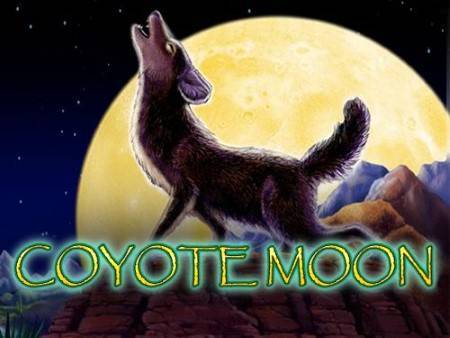 The 5 Smallest Casinos in the World

The 5 smallest casinos in the world are the places you must visit. They offer everything from hotel accommodation to high-end cuisine.
Land-based ・ 19 December 2022
deccanchronicle.com

Jayesh S had a great time at Deltin Royale. He was guided before betting his money. He saw people getting a head massage when they were under immense pressure during the game. Jayesh understands how crazy people can be about investing lakhs of rupees in Casinos. Delta Royale is one of Asia's most iconic and award winning luxury gaming and entertainment destinations.
Blackjack ・ 13 December 2022

RedboxGlobal India tweeted that the long-awaited casino license for the Deltin Hotel in Daman had been approved by the UT Administration of Damans, Diu and Dadra and Nagar Haveli. Delta's share price appreciated by almost 7 percent following the tweet.
Trust and Safety ・ 16 September 2022
Viva Glam

Gambling Enthusiasts should know these 5 Amazing Casinos. They include the Deltin Royale, the Bellagio Casino, and the MGM Grand.
Winnings ・ 26 October 2022
Super Slots Casino

The Kathmandu city government has issued a seven-day ultimatum to seven casinos to pay outstanding revenues in the next seven days. The casinos located at various star hotels have not paid entertainment tax since the fiscal year 2018/19.
Travel ・ 05 September 2022
Deccan Herald

Goa's Chief Minister Pramod Sawant intends to take action against online gambling apps. The Opposition claims that these apps including Rummy Circle are addictive to the youth. Goa is home to one of the largest legal casino operations in the country. The coastal state has around six offshore casinos and nine onshore casinos. Nearly eight million tourists visited Goan in 2019. It was before the Covid-19 pandemic disrupted the travel and tourism industry in Goans.
Mobile Apps ・ 22 July 2022
Casino City Times

This Week in Gambling: A new US online gambling ban push

There are calls for a new online gambling ban in the U.S. because of the expansion of sports betting. 28 Representatives from Congress sent a letter to the Department of Justice. They want the DOJ to target offshore gambling operators accepting players from the American market. The AGA is trying to get Google and other search engines to stop displaying results for these “illegal” online casinos.
Strategy Guide ・ 14 July 2022

Goa is one of the most popular places for gambling in India. Casinos in Goa led handsome amount to the state income.
Baccarat ・ 29 November 2021
GQ India

Best casinos in India: Here’s where you must gamble when in Goa and Sikkim

The best casinos in India are located in Goa and Sikkim. Online casinos have become popular in recent years. The best Indian casinos are not as exciting as Vegas casinos. They are great for adrenaline and anticipation.
Top and Best ・ 23 November 2021
Programming Insider

Gambling and Land-Based Casinos in India

Gambling in India is banned in most states, but some states have casinos operating. The best casinos in the country are located in Goa, Damman and Sikkim. Big Daddy Casino is the largest and most modern casino in Asia. Chances Casino in Panjim, Goan state is called the heart of gambling in Indian. Deltin Royale is a cruise ship with a hotel and a casino. It has more than 200 tables with different card games and an atmosphere of relaxation. There is also a children's area and cigar smoking area. BigDaddy Casino offers a variety of games.
Land-based ・ 15 October 2021
European Gaming

India: Goa’s Offshore Casinos Get Twelve-month Extension to Operate on the Mandovi River

Goa's state cabinet has granted a twelve-month extension for off-shore casinos to operate on the Mandovi River in Panaji until October 1, 2022. The government had identified four possible sites to relocate casinos but all were found to be technically not feasible.
Incidents ・ 04 October 2021

Casino tourism in Goa and the effect of Covid

Goa is a popular holiday destination for gamblers. Land-based casinos are popular in Goa. The government extends Covid-19 curfew till September 6. Some people prefer to gamble online. GoA government is proactive in promoting its tourism. Below are the must-visit luxury casino destination in the state. Casino Paradise is located across the bay of the Vasco Gama peninsula and on the right side of Siridao Beach. Casino Strike is strategically located on Vaso Gamas Peninsula. It is the rival of Casino Paradise. They are both located near Siridaso beach.
Covid ・ 04 October 2021
IBC World News

Delta Corp Limited's casino operations in Goa and Sikkim were affected by the COVID-19 pandemic. The company has already reopened its Casino Deltin Denzong in Gangtok, but Goan casinos are still closed. Delta Corp reported a Q1 loss of Rs 28.93 crore. It is planning to open a land-based casino in Nepal. Its integrated resort in Daman has not been granted a casino license. It also operates a real money casino app Adda52. In the first three months of the fiscal year, Delta's income from its casino business dropped 80.45 percent quarter on quarter.
Covid ・ 02 August 2021
European Gaming

Goa's floating casinos are located on the Mandovi River in the Panaji area. The home department has allowed the casinos to operate on Mandovici river until March 31 or until an alternative site is found.
Law ・ 25 July 2021
World Casino News

Play Out of This World Slot 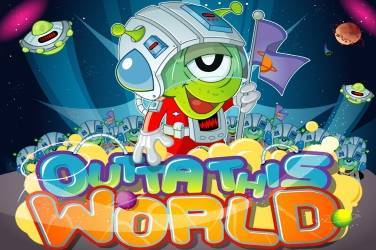