CryptoCasinoClub, the trailblazer of casinos in the Metaverse, has entered the blockchain realm, bringing about a new generation of NFTs collections that revolutionize the gambling sector in Web 3.0. Driven by the ambition to construct an unprecedented gambling ecosystem, CryptoCasinoClub is developing the world’s first casino in the Sandbox metaverse, which will use cutting-edge, creative blockchain technology to give a borderless gaming experience.

On the Path toward Web 3.0 Gambling

In order to achieve its long-term goal for casinos on the blockchain, CryptoCasinoClub has embarked on a series of projects. They want to become industry leaders in the Metaverse in the years to come with their efforts. It was Web 3.0 that was released as the first Metaverse to do so, and we aim to make further progress with this standard by integrating it into the other metaverses that will be introduced in the following years, starting with the Sandbox.

On the basis of their cooperation with digital architects and developers linked with the Official Sandbox, they were able to create the first casino that was totally contained inside the Sandbox Metaverse. There is no question that their construction is one of the most intricate and technologically advanced buildings ever made in the Sandbox, and it is also the largest casino ever erected in any Metaverse combined.

CryptoCasinoClub is launching an NFT venture in which we will provide everyone who purchases our NFTs the opportunity to get a percentage of the casino’s revenue. For those willing to embrace the convergence of gambling and blockchain, CryptoCasinoClub offers a comprehensive collection of NFT gambling machines, residing on the Ethereum blockchain. In-house designers at CryptoCasinoClubbased in the heart of Las Vegas, have meticulously crafted every aspect of each CryptoCasinoClub  NFT, from the smallest detail to the most complex.

If you acquired an NFT token, you would be entitled to a percentage of the profits generated by the very first sandbox casino, which is exactly what you would get if you invested in one. Furthermore, the owners of this NFT venture are expected to make a substantial fortune in the digital arena.

Ultimately, the goal of this initiative is for NFT devotees to become owners of slot machines in the Sandbox Metaverse’s first casino, which is scheduled to open in the near future. One of the paramount elements that define CryptoCasinoClub, in contrast to the majority of NFT initiatives since they are one of the few projects that are real projects that have the benefit of the end-user at their core.

Exploring the Rewards of CryptoCasinoClub

In order to reward loyal members of the community, CryptoCasinoClub also announced that holders of NFTs who make a winning combination on the integrated slot machine would either win the prize or get an airdrop in ETH equal to the value of the reward they have won from CCC. The owner of a CryptoCasinoClub account will also get a portion of the cash earned from public royalty gains on the secondary market, which will be paid out once each week.

But that is not everything, since a stacking mechanism will be available to the holders of CryptoCasinoClub NFTs, allowing users to passively accumulate assets inside the casino while also participating in weekly drawings for a chance to win half of the pool’s prize money.

Keep up to speed with the newest developments at the Metaverse’s most innovative casino by following CryptoCasinoClub’s social media channels: , Instagram, Discord. 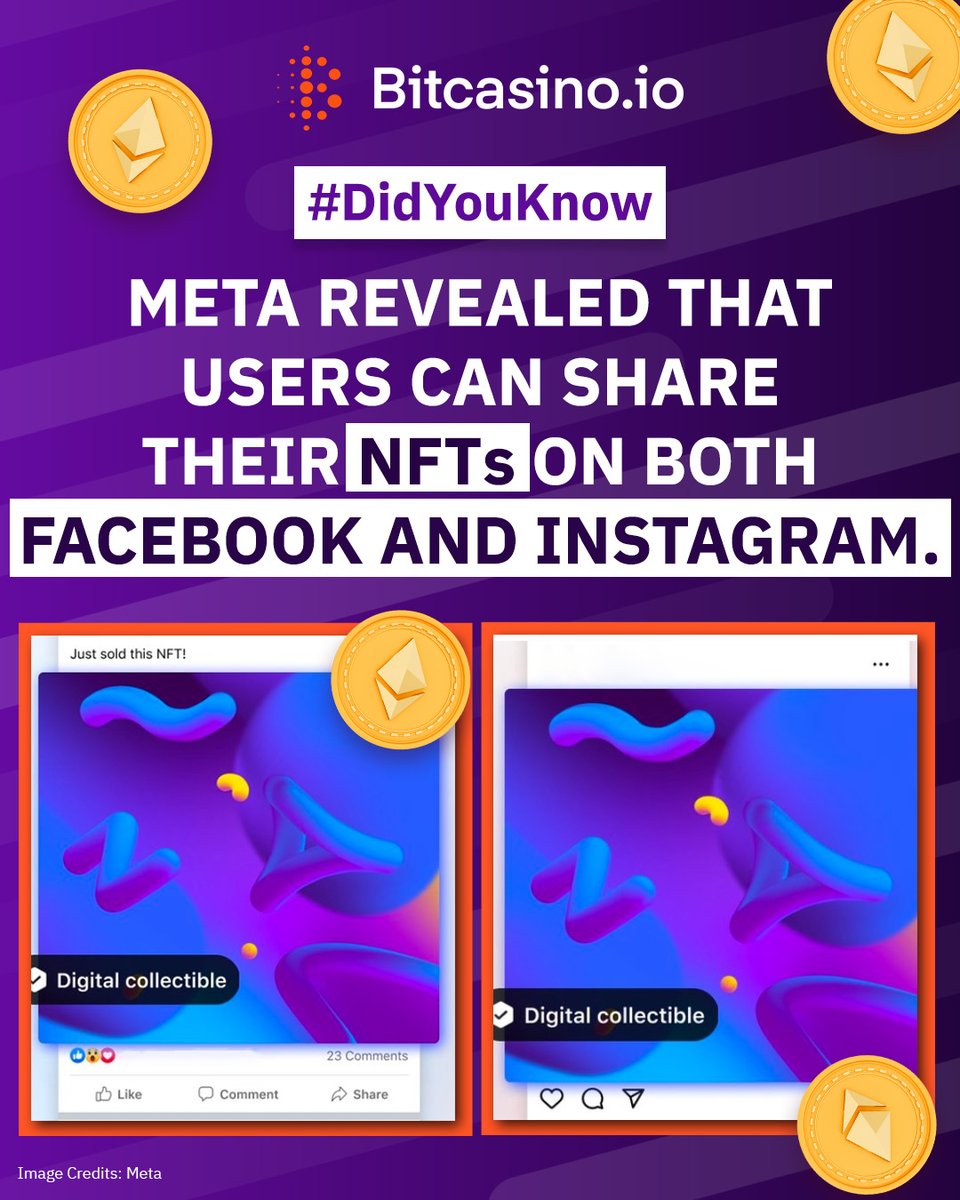 Atari has launched Sunnyvale, a big new experience in The Sandbox metaverse.

Users will only need to link their digital wallets once to each app. #ethereum READ MORE HERE

NFTs and Its Impact on Real Money Online Gambling Industry

The relevance of NFT is a hotly debated topic in the real money online casino gambling space. One side of the divide maintains that N FT is fad riding on the back of crypto craze. The other side believes Nfts are innovative technology and are leveraging it to increase their player base, boost revenue and improve players’ experience.
Industry ・ 30 June 2022

Lucky Degens: Win NFTs In The Metaverse With The First-Ever NFT Slot Machine

Lucky Crypto has launched an NFT collection: Lucky Degens. Players have the chance to win a Lucky Degen from the metaverse’s first-ever NFTS slot machine. It can be found in the Lucky degens Embassy in Decentraland.
Innovation ・ 30 May 2022

Gambleswap Changes the Online Gambling Landscape for the Better Through Blockchain

Gambleswap is a pioneer project that is building the world's first Metaverse Casino. It will be a decentralized casino gaming experience that uses NFTs and Web3. The project is gearing up for the release of its N FT collection of 9999 tokens. 50% of profits from the project will go to the Gambles wap project. The Nft collection will cost 0.08 ETH. Each NTF token will have various benefits. They include a profit-sharing program and a NFF Club. Gamblewaps is the first project to use NFS and the Metaversary.
Industry ・ 13 May 2022

Texas and Alabama securities regulators have halted the sale of non-fungible tokens (NFTs) tied to virtual casinos. The NFT's owners get a pro-rata share of profits from the casinos and they are supposed to be regulated. The company behind the NFS is based in Cyprus and claims to develop Internet casinos in metaverses. It is working to comply with the regulations. Alabama Securities Commission filed a similar cease and desist order. OpenSea is also being contacted by the TSSB. They want to know if it has been listing NTSs without obtaining the necessary license.
Innovation ・ 22 April 2022

The Texas State Securities Board has issued an emergency cease and desist order against individuals and a company using NFTs to finance multiple metaverse casinos. The order alleges securities registration violations, deceit of likeness, and numerous other counts of fraud and deceit. The intersection of law, policy and the metaversay is rapidly developing. It will continue to evolve over time. iReport.com will keep you updated. for more information. on the topic. to read the full order, click here. and follow the link on their website.
Innovation ・ 22 April 2022

Best Play to Earn Games in April 2022 is reviewed. Play-to-earn games make use of blockchain technology and give players the opportunity to generate crypto rewards for their skill and effort.
Innovation ・ 14 April 2022

CryptoCasinoClub is developing the first casino in the Sandbox Metaverse. It will open in 2022. The casino will be built on the blockchain. It is the biggest casino ever established in any Metaversay combined.
Crypto ・ 14 April 2022

How CryptoCasinoClub is Envisioned to Revolutionize the Crypto Casino Space

Cryptocurrency is the new money of the Internet. It is a decentralised form of payment that is transparent and immune to manipulative activities. CryptoCasinoClub is made up of people who are passionately enthusiastic about the technology. They believe it will have a beneficial impact on the world.
Crypto ・ 08 April 2022

NFTs are changing the gambling industry. Evolution Gaming is using NFT's CryptoPunks as slot machine prizes. Flamingo Casino Club is an example of how N FTs will revolutionize this industry in the future.
Industry ・ 23 March 2022

Utility NFTs Take on The Market

NFTs are non-interchangeable digital assets that serve as valid proof of ownership on the blockchain. The concept of NFT has existed since 2012, but the first mainstream appearance of the NTFs came in 2017. Next wave of nFT products will arrive in 2020 with the launch of NBA Topshot, a marketplace where users can trade NBA and WNBA digital collectibles.
Crypto ・ 09 November 2021

The gaming industry has optimized its technology to increase transparency and fairness. The use of NFTs and the emerging virtual reality technology will increase the number of players in the industry.
Crypto ・ 14 September 2021