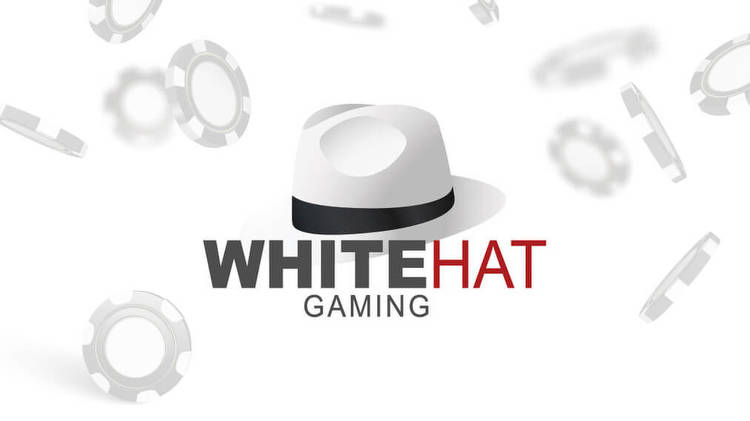 Golden Nugget Casino will offer some of the best European gambling titles on GoldenNuggetCasino.com to US clients. Deal or No Deal, Ted, and Worms will be available to punters in states where Golden Nugge holds a license to operate regulated markets.

Golden Nugget Online Gaming is excited about partnering with White Hat Studios. Whitehat Studios is the American subsidiary of WhiteHat Gaming. White hat acquired assets from Blueprint Gaming in July 2021 and has since offered games from the latter company. Scientific Games has also provided White hats with its OpenGaming platform. The company struck an aggregation agreement with B2B gaming products and services supplier Scientific in October 2021.

White Hat Gaming has promoted both Ed Bullock and Chris Hipkiss to its C-Level ranking, as the company continues to seek growth in global markets.

White Hat Studios has added games by Galaxy Gaming to its library of games. Galaxy is a successful distributor and developer of table games for the blackjack market. DraftKings CEO Jason Robins has called for more laws to create opportunities for iGaming. The new addition will improve White Hat's portfolio and ensure that the studio remains a preferred choice in the regulated US market, as it breaks new ground.
Blackjack ・ 13 July 2022

DraftKings is a market-leading online casino and sports betting brand in North America. The company recently started its operations in Ontario. DraftKings wants to grow its offering in the igaming vertical.
Gambling Sites ・ 26 May 2022

Michigan-based casino operators Four Winds Casinos and White Hat Studios have reached an agreement to distribute the igaming supplier’s catalog of online casino titles at their respective properties.
Trust and Safety ・ 09 May 2022

Tipico Casino is part of the White Hat Studios' expansion. Whitehat has a popular online slot title designed to mimic the game "Deal or No Deal".
Sports ・ 19 April 2022

Golden Nugget Casino in New Jersey has signed a multi-state deal with Digital Gaming Corporation. DGC will roll out its suite of games across the GoldenNuggetCasino.com igaming entity in the Garden State.
Industry ・ 16 April 2022

White Hat Studios has partnered with Banijay Brands to launch the Deal or No Deal slot game in the US. Deal is a slot-style game that replicates the excitement of the actual show. White Hat will also offer other brands to US audiences. The titles will be announced nearer the title release dates. Banijay Brands controls the brand licensing rights to some of high-profile and creative IPs including Deal, Masterchef, and Black Mirror.
Law ・ 18 January 2022

White Hat Studios will transform the Deal or No Deal IP into an online slot experience for players in all regulated territories in the United States. The iGaming market is tipped to continue growing throughout 2022. White Hat has established itself in a unique niche that allows the company to deliver on unique slot experiences.
Law ・ 18 January 2022

Scientific Games has acquired ELK Studios. ELk Studios is based in Las Vegas and has a strong presence in local iGaming markets. Scientific Games will take ELKE Studios’ proprietary content and seek to scale it across key markets, including the United States and Canada.
Gambling Addiction ・ 02 December 2021

Scientific Games has bought Authentic Gaming. The company wants to enter the US live dealer casino market. Live dealer games make up 30% of the iGaming market in Europe. They've only been around for a few years in the U.S. but are increasing in popularity.
Live Gambling ・ 03 November 2021

Scientific Games Agrees to Sell its Lottery to Brookfield for $6B

Scientific Games has signed an agreement to become the exclusive content aggregator of White Hat Studios games in the United States. The agreement will see Whitehat's progressive jackpot system, Jackpot Royale, made available through the platform. Scientific Games Corporation (NYSE:SGMS) gained 1.57 per cent to close at $79.65 per share in New York Wednesday. . WhiteHat Gaming's new US-focused casino content division recently acquired a catalogue of games for the US market from slot developer Blueprint Gaming.
Winnings ・ 07 October 2021

Scientific Games Corporation has formalized an exclusive four-year content deal with White Hat Studios. Scientific Games will distribute Whitehat Studios titles in Michigan, Connecticut, New Jersey, Pennsylvania and West Virginia beginning in 2022. WhiteHat recently acquired a catalogue of games and RGS for the US market from UK slot provider Blueprint Gaming. The agreement will provide US operators with access to a suite of slots, table games, and jackpots. The deal is a perfect synergy of content, scale and innovation. It is also a result of the OpenGaming platform.
Winnings ・ 06 October 2021

White Hat Gaming has established a new division to deliver its casino content into the United States for the first time. The division will go live with its first operators in Q1 2022. It will offer some of the supplier's popular slots, jackpots, RNG table content and instant win titles. It follows the signing of an asset purchase agreement last month with Blueprint Gaming.
Industry ・ 25 August 2021

Golden Nugget Online Gaming has come to terms with International Game Technology. The deal will improve the quality of its real money game offerings in Michigan.
Finance ・ 15 June 2021

Golden Nugget Online Gaming has released 777th slot title, the Golden Nugge Stepper. The release is latest example of how Golden Nugget stays ahead of the competition. Golden nuget celebrated its seventh anniversary in November. Warren Steven, vice president of product and ops at GoldenNugett Online gaming, explains how the release all worked out.
Travel ・ 19 January 2021