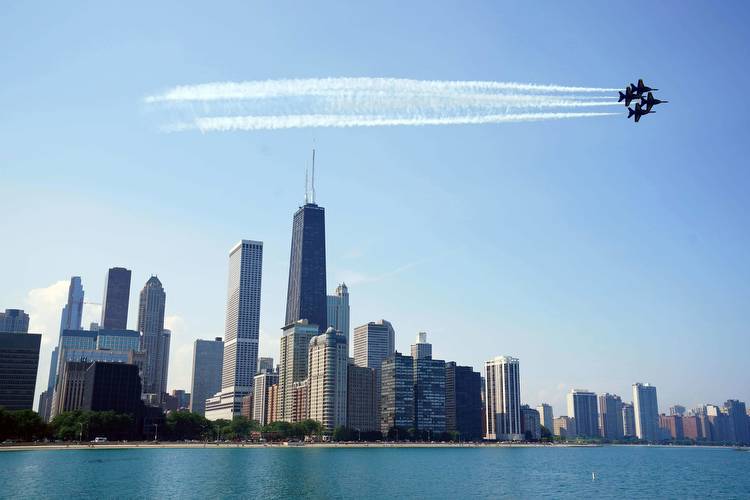 Rush Street Gaming is trying to differentiate itself with two other bidders to build and operate a casino in downtown Chicago. Rush Street says it can have Chicago’s city casino ready to open in 2022 by repurposing the historic Lakeside Center at McCormick Place.

Mayor Lori Lightfoot wants to see the casino project move along as quickly as possible. North Side Alderman Tom Tunney says it will take some time. The tax revenue will be used to fund police and fire pensions. Light foot wants a winner chosen in early 2022. Tunner wants the project vetted by planning commission and the zoning committee.

Bidders for Chicago Casino pulled out all the stops in their public presentations.

Rush Street is looking for a location for its proposed casino. The presentation for it included a plea by the late architect Helmut Jahn. He wants to save his creation, the Lakeside Center, by turning it into a casino and saving $200 million in deferred maintenance.

The other proposal involves spending $2 billion to build a casino in the 78 neighborhood south of Roosevelt Road along the Chicago River. It would include a 450,000-square-foot casino, a half-mile riverfront promenade, 3,300 gambling positions, 300-room hotel and water taxi access via the river.

Hard Rock's presentation featured musical stars such as J-Lo and Jay-Z. The casino is part of a $20 billion urban redevelopment project. It hinges on $6.5 billion in state financing that has yet to be approved.

Bally's is proposing to build a casino at the old River West printing plant of the Chicago Tribune. The company went to great lengths to show its commitment to the Windy City.

The other Bally's site lies along 28 acres just north of 31st Street and DuSable Lakeshore Drive. The $1.6 billion project would include 173 table games, a 500-room hotel, six restaurants, and a 3,000-seat, 70,00-square-foot entertainment venue. Baly’s also wants to place slot machines at both O‘Hare and Midway airports.

Lightfoot’s Office Unveils Five Bids For A Chicago Casino; Public Meeting On Proposals Set For Dec. 16. Mayor Lori Lightfoot is counting on the estimated $200 million in annual tax revenue from a Chicago casino to shore up the city's underfunded police and firefighter pension funds. If the City Council approves the plan chosen by the mayor, the project would need to go to the Illinois Gaming Board to get a license. The selected developer could set up a temporary casino while building a permanent facility.
Christmas ・ 23 November 2021