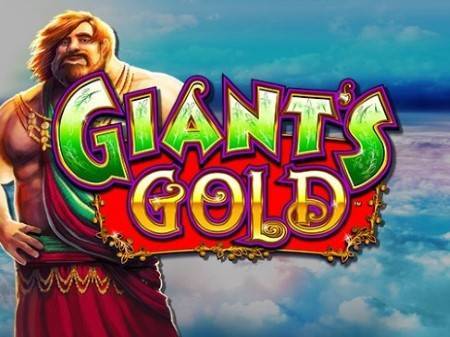 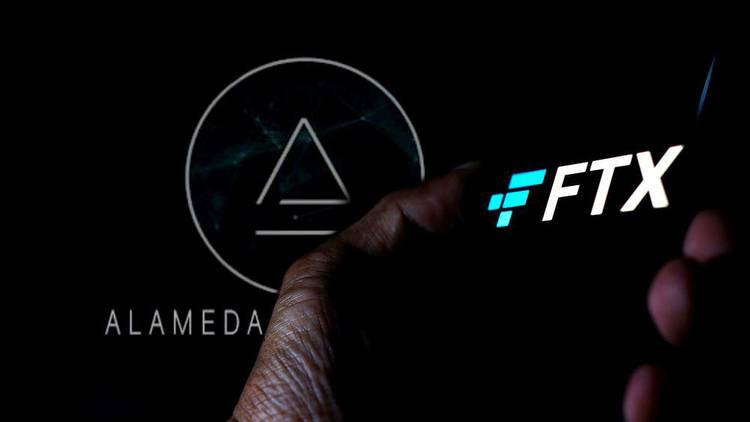 The former Co-CEO of Alameda Research reportedly enjoyed poker and blackjack and applied what he learned to the firm’s cryptocurrency trading.

Sam Trabucco — who hasn’t been publicly accused of any wrongdoing — posted a thread on Twitter about aggressive gambling strategies and how he applied them to trading, Bloomberg reported Tuesday (Nov. 22).

Embracing risk contributed to the fall of Alameda Research, the now-bankrupt trading firm affiliated with crypto exchange FTX, according to the report.

“Bigger is Bigger (when Betting is Better),” Trabucco said in the first tweet in the thread.

“Getting it in good is a poker term referring to the idea that, when your odds are best (strictly speaking, EV of winnings, not odds per se), you wanna bet more,” he added in the second.

Trabucco left Alameda Research in August, saying in a thread on Twitter that he had been reducing his role there for months and no longer wanted to invest the time required to be Co-CEO. Caroline Ellison then became the sole CEO of the firm, according to the report.

The concerns about Alameda Research’s solvency that ultimately led to the fall of the firm, FTX and about 130 FTX-affiliated firms emerged in early November.

As PYMNTS reported Tuesday, reports that Alameda Research was significantly exposed to FTX’s FTT token, which underpinned its apparent solvency, and not an independent asset such as a fiat currency or a third-party cryptocurrency was the beginning of FTX’s road to bankruptcy.

In response to the news, rival crypto platform Binance began to unload a nearly $2 billion equity stake in FTX held primarily in FTT token, leading to a “run” on FTX, with the exchange’s customers withdrawing $6 billion, crashing the price of FTT tokens by 72%.

FTX, which is scheduled to appear in bankruptcy court Tuesday, said recently it owes $1.45 billion to its top 10 creditors alone.

How Consumers Pay Online With Stored Credentials
Convenience drives some consumers to store their payment credentials with merchants, while security concerns give other customers pause. For “How We Pay Digitally: Stored Credentials Edition,” a collaboration with Amazon Web Services, PYMNTS surveyed 2,102 U.S. consumers to analyze consumers’ dilemma and reveal how merchants can win over holdouts.

But he suggests there could be another reason why there is still a market for #FTT. READ MORE HERE:

"If you ask me KuCoin, Binance, ByBit are not crypto companies..." @cryptomanran opines on crypto exchanges, following #FTX saga. Do you agree?

Lucky Block Casino and Sportsbook is giving away 15% cashback to new users for the first seven days after opening an account. All users that deposit and place a wager will also be eligible for a $10,000 LBLOCK Airdrop in December. Lucky Block Sportsbooks features more than 35 sports and 15 eSports offerings. Casino players can choose from nearly 100 game providers.
Crypto ・ 10 days

FTX Is Where Gambling and Wall Street Collided

Trabucco quit Alameda in August, three months before its losses became known. He was a serious gambler and a trader at Susquehanna International Group. The fall of the Soviet Union brought armies of communist-trained mathematicians and physicists to Wall Street. Trabucci was one of them. He is not convinced that Alamedia is making money. It is a company run by idiots who made highly levered bets that crypto would never go down. His comments are in opposition to the opinions of experts who examined FTX. They think the truth is somewhere in between.
Poker ・ 15 days
PsyPost

New study shows that heavy cryptocurrency users with gambling affinity are more mentally and financially involved than non-gambling users. The study was conducted on 3,864 Germans. Cryptocurrency is a digital asset designed to work as a medium of exchange. Bitcoin, the first and most well-known cryptocurrency, was created in 2009. Since then, cryptocurrencies have become increasingly popular. However, prices fluctuate rapidly and investing in cryptocurrencies involves substantial risk. It is also possible to lose money. Crypto-gamblers are younger, more likely to be male, better educated and better off financially than regular crypto-users.
Crypto ・ 21 October 2022
Super Slots Casino

The global gambling software market size reached USD 54.84 billion in 2020. It is expected to grow at a 12.7% CAGR during the forecast period. Rising popularity of online gambling is a key factor driving global market revenue growth. Online gambling offers various benefits to players such as easy accessibility, greater convenience, mobility, reliability, bonuses, rewards, and more gaming options. Virtual currencies such Bitcoin, Monero, Ether and various other cryptocurrencies are becoming more popular. They operate under the principle of decentralized technology with no third-party interference.
Strategy Guide ・ 20 September 2022
The Athletic

Two equities research analysts have rated the stock with a sell rating, six have assigned a hold rating and one has issued a strong buy rating. The stock has an average rating of “Hold” and an analysts’ target price of $49.54. NEXT Financial Group Inc boosted its position in shares of Las Vegas Sands by 68.0% in the 4th quarter. Mizuho Securities Co. Ltd. acquired a new stake in Las Las Vegas Sands during the 1st quarter worth approximately $39,000. Hudock Inc. lifted its stake by 89.9% during 1ST quarter and now owns 1,056 shares. Desjardins Global Asset Management Inc acquired an additional $40,00 in stock.
Travel ・ 30 May 2022
Yabby Casino

After the pandemic and lockdowns, the gaming industry has seen multiple technological advances. Some of these advancements are the development of the metaverse and crypto gaming platforms with immersive VR/AR experiences built on blockchain technology. In order to play these games, players need to use in-game currencies that are essentially crypto with real-world value. Gaming cryptocurrencies were created from this union between the industry and the technology, and this article discusses the top gaming cryptocurrencies.
Crypto ・ 16 May 2022
KITCO

Luniverse is the best performer for the week. Circle Internet Financial landed $400 million in funding from a group that includes Blackrock Inc. and Fidelity Management and Research LLC. Internet casinos that offer users a way to gamble using cryptocurrencies are booming. Andy Jassy says Amazon could sell NFTs in the future. Uniswap Labs is launching computer code that can embed its capabilities into any website. It recently launched a venture arm to invest in Web3 startups. The company's main product is a widget that allows users to bet using Bitcoin and Ether.
Crypto ・ 18 April 2022
MarketBeat

Las Vegas Sands Corp. (NYSE:LVS) is expected to announce earnings of ($0.21) per share for the current quarter. The company reported earnings per Share of $025 in the same quarter last year. On average, analysts expect Las Vegas Sates to report full-year earnings $1.09 per shares for this year and $2.45 for next year, with EPS estimates ranging from $.31 to $3.77. Las Vysans last released its quarterly earnings on Wednesday, January 26th.
Strategy Guide ・ 28 March 2022
The Nevada Independent

Derek Stevens accepted Bitcoin for non-gaming transactions at the D Las Vegas and Golden Gate casinos. He installed a Bitcoin exchange kiosk at Circa Resort & Casino in October 2020. The machines convert cash to cryptocurrency and take deposits more often than withdrawals. Some observers wonder if cryptocurrency might find its way into casino table games and slot machines. Omer Sattar, co-CEO of digital payment provider for the gaming industry, believes it's a good idea. Raul Sood, CEO of Irreverent Labs, thinks traditional slot machine manufacturers don't address the interests of their customers.
Industry ・ 28 February 2022

VR technology is changing the casino industry. Global VR gaming market will be worth almost $52.7 billion by 2025. COVID-19 pandemic created a demand for socialization through virtual gaming.
Industry ・ 20 December 2021
Cryptoslate

Online gambling is expected to grow from $64 billion in 2020 to $72 billion by 2021. It is illegal in many countries, but it is legal in China. Regulators have strict anti-money laundering and know your customer regulations. Online operators have to focus on customer acquisition. They are also inviting some risks due to the rapid growth. They can prove the identity of the users creating online gambling accounts. However, the risks are high and AML/KYC fines for missteps are steep. In China, about $150 billion is wagered illegally in online gaming today.
Gambling Sites ・ 08 November 2021
PYMNTS

Shake Shack is opening a restaurant in a casino in Boston. It will be at the Encore Boston Harbor resort's WynnBET Sports Bar.
Industry ・ 09 September 2021

As more people look into digital wallets and invest in cryptocurrencies, companies are looking to adapt their payment methods. Online gaming has begun to pivot toward crypto. Grandview Research estimates the global online gaming market could be worth as much as $127 billion by 2027. Consumer expectations are the biggest obstacle to the development of crypto-enabled online casinos.
Crypto ・ 28 June 2021
PYMNTS

New York will join the pantheon of states that have legalized mobile sports betting. Gov. Andrew Cuomo is set to unveil the proposal to legalize online gambling in his state of the state address scheduled for next week. The total online betting market can be worth as much as $10 billion in 2025. iGaming revenues in the U.S. rebounded to $9 billion last quarter. iGambling revenues reached 81 percent of pre-COVID-19 levels. In the third quarter, revenues from i gaming increased by 205 percent. It's estimated that the market is worth $1.6 billion.
Sports ・ 19 January 2021
Coinspeaker 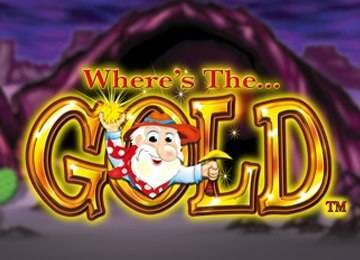