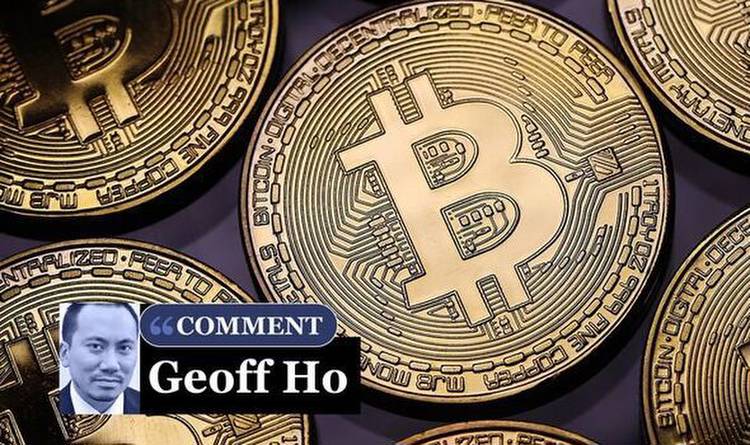 Cryptocurrencies such as Bitcoin, Luna and Ethereum have lost billions for their owners, following a sell-off sparked by fears about their safety, scams, and stability.

The most famous cryptocurrency, Bitcoin, lost over 15 percent of its value last week and has fallen for six weeks in a row.

Rival Ethereum has lost 26 percent, while Luna is now practically worthless after sister cryptocurrency TerraUSD lost its 1:1 peg to the US dollar and fell to just 20 cents.

Most people are now familiar with cryptocurrencies – virtual currencies created by “data mining”. In plain English, data mining is the practice of using vast amounts of computing power to confirm transactions have taken place, enter them on a blockchain ledger of linked computers in cyberspace and monitor them.

Blockchain technology has led to the creation of NFTs or “non-fungible tokens”. NFTs are essentially a digital certificate of authenticity that verifies ownership of and the uniqueness of a digital asset, such as a piece of art. This allows NFTs to be traded. They typically contain references to digital files such as photos, videos, and audio.

As they are uniquely identifiable, they differ from crypto-currencies, which are “fungible”. The market value of an NFT is associated with the digital file it references.

If this sounds ridiculous, then it should not surprise you that the NFT of Dorsey’s tweet failed to sell at auction last month. The owner, Malaysia-based Sina Estavi, compared it to the Mona Lisa, but he probably would say that after he spent £2.4million on it last year.

As an aside, apart from creating ephemeral, virtual “assets” to invest in, data mining is also bad for the environment as it requires an enormous amount of power.

Additionally, investors have been spooked by growing instances of fraud and hackers. Last month, the US blamed North Korean hackers for the $615million cryptocurrency heist from players of online video game Axie Infinity which took place in March.

Last week the Europol crime agency put Ruja Ignatova, the so-called “Cryptoqueen”, on its most-wanted list as the OneCoin cryptocurrency she claimed to have invented was just a pyramid scheme.

To bring the risks home further, the Coinbase cryptoasset exchange last week warned that if it ever went under, its clients might lose all of the Bitcoins and other cryptocurrencies it holds on their behalf. In the event of bankruptcy, its clients’ funds would be subject to general bankruptcy laws so customers will be the last people to get paid back.

Susannah Streeter, senior investment and markets analyst at investment group Hargreaves Lansdown, said the UK’s Financial Conduct Authority has repeatedly warned that cryptoassets are the “Wild West”. “The FCA warned NFTs that have been snapped up by speculators on a wave of euphoria, are now crashing back to earth. Cryptocurrency values are driven entirely by the speculation that in the future they will have a meaningful role in the financial system.”

Which in a nutshell is the problem. As there is no actual use for cryptocurrencies at the moment, people are trading in them in the hope that one day there may be, which means they are impossible to value properly and will be extremely volatile.

Interactive Investor’s personal finance analyst Myron Jobson likened investing in cryptocurrencies to playing Vegas slot machines. Interactive’s research has found 45 percent of young adults between 18 and 29 have made cryptocurrencies their investment of choice, – many using credit cards or student loans to buy them.

Jobson said: “The worry is many have been hit with a double whammy of investment loss and a deeper plunge into debt, made worse with rising interest rates.”

In the City, the phrase “not for widows and orphans” is used to describe an investment that is too risky for most people.

When it comes to cryptoassets, I feel most people should adopt the approach police have for suspicious packages found in public areas: leave them to the authorities to sort out. Otherwise, they could blow up in your face.

ICYMI #Binance teams up with #football superstar #CristianoRonaldo to create a series of NFTs, whereas TikTok sensation #KhabyLame joins them as Brand Ambassador! 🔥😱 Your thoughts on these signings?

Most Used Cryptocurrencies in Online Casinos

The global video game market is expected to reach $195 billion in 2021. Some games integrate crypto directly into their gaming economies.
Crypto ・ 9 days

How has Cryptocurrency Changed the Casino World?

There are many casinos that accept cryptocurrencies. There is no centralised authority to process transactions in casinos. You don't have to provide any personal information while using cryptocurrencies to make a transaction.
Crypto ・ 24 days

What you need to know about Paradise Trippies NFT slot game

Paradise Trippies is the world's first online slot game designed to promote and giveaway non fungible tokens (NFT). It's available in Bitcasino.io, one of the leading crypto gambling sites in the World.
Crypto ・ 27 April 2022

Slotie Is Reimagining The Casino Industry With NFT And DeFi

Cryptocurrencies are virtual currencies used for payment of goods and services. They are widely adopted across different industries. The casino industry is not left out of the conversation. This article will examine the seamless partnership between blockchain and online casinos.
Crypto ・ 11 November 2021

The Benefits of Ethereum Casinos

The benefits of using the Etherum currency in casinos are more than Bitcoin.  Euromaxion Casinos offer a variety of services in addition to Bitcoin and other digital currencies.
Crypto ・ 14 September 2021

The Most Popular Choices For Online Crypto Gambling

There are 4,000 digital coins in circulation. Not all of them share the same popularity and practicality in the gambling industry.
Crypto ・ 14 July 2021

Gambling with NFTs and Crypto