What Changes Will VR Bring To Online Casinos 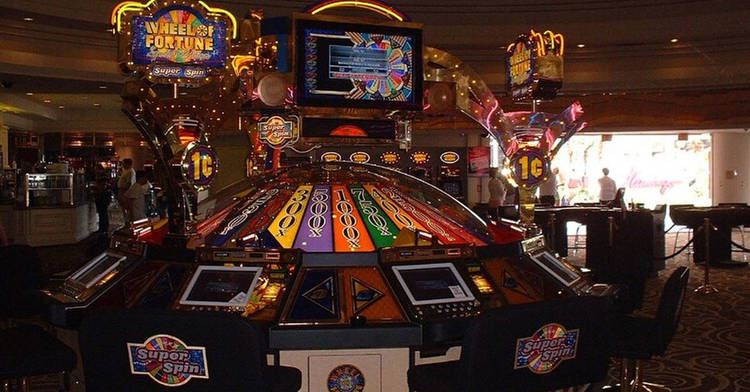 So, that’s why when we start talking about the advent of virtual reality and the Metaverse, it’s hard to make solid predictions about where the technology will go. However, things begin to look a little clearer when it comes to specific changes we might see because of VR.

We’ll be talking about an industry that has grown exponentially because of computers and promises to do so again with the help of virtual reality. Let’s take a look at some of the changes we expect to come to online casinos because of VR.

The casino as a whole has gone through quite a lot of changes. It started in small buildings, moved out to huge physical locations across the world and became synonymous with Las Vegas, and then moved onto the World Wide Web. From there we have seen gambling on screens of all sizes both in our homes and in our pockets. The move to mobile gaming was a particularly big one for gambling and casinos as it gave players the option to experience their favourite games anywhere. However, virtual reality promises to change everything once again.

While listing the best devices to play online poker, live dealer games, and even sports betting is up for debate, we think VR headsets will be on top of a lot of people’s list as it blends the atmosphere of a live casino with the convenience of mobile gaming. There are many benefits to mobile cash games, but being able to break down the game from a digital table can’t be overvalued. Take poker for example.

With a headset, you’ll be able to sit down at a table to play a few hands within minutes of putting the device on. Pair this with having a 360-degree view of the table and an ability to verbally communicate with the dealer and other players, and you have a quick, easy, convenient, yet authentic way to experience poker. Imagine the same treatment but for watching a football game or horse race. The same can be said for any other casino game out there. Speaking of games, our next point will be about the number of games rather than the quality of the environment.

best VR experiences out there right now, but we think its influence could do more than bring about a few new remakes and gimmicks. With a stable pool of VR developers and customers interested to see where the technology could go, we expect a whole new genre of casino games catered to the hardware.

Don’t get us wrong, there will still be virtual roulette tables where players can throw the dice and an option to not only bet on but view live sports from the stands, but there will also be new experiences only made possible by VR. Who knows? If virtual reality becomes the norm, we could see hybrid dice and card games that are developed in VR make their way to physical casinos and not the other way around. It’s just an outcome we expect after the intense creative process that goes into developing games for virtual reality.

A User Interface To Promote Multitasking

We might have saved the best for last as having an active user interface while in the casino is a very real possibility with virtual reality. Similar to contemporary smart contact technology, user interfaces in online casinos could show you how much everyone has wagered at a poker game, show players the odds at slot machines as they walk by, and alert people when they’ve hit winning/spending limits for the day. This could help customers focus on the action instead of crunching numbers or rechecking how much everyone at the table has ponied up for a bet. With a user interface, everything could be far more streamlined, and could even offer services like online shopping for when the action takes a lull.

For these, and so many other reasons, we think virtual reality will change online casinos forever. Luckily, it looks like the changes will largely be appreciated by players, so look forward to what changes we see shortly.

For the latest gadget and tech news, and gadget reviews, follow us on , and Instagram. For newest tech & gadget videosYouTube Channel. You can also stay up to date using the Gadget Bridge Android App. You can find the latest car and bike news here. 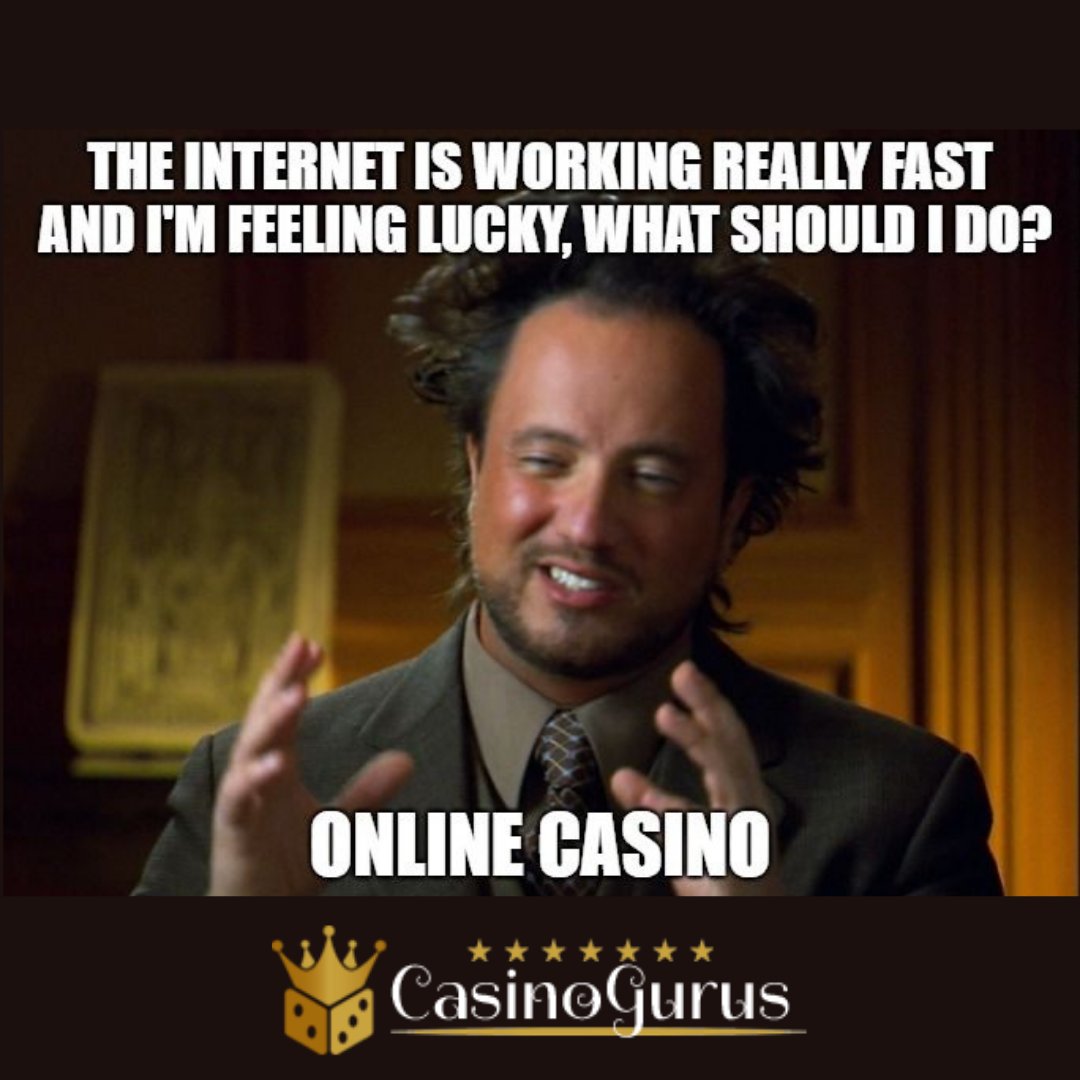 How virtual reality and the metaverse are changing rehabilitation

VRJam is launching its digital venue for virtual concerts and live events. It bills itself as a Web3 metaverse entertainment platform.

The use of technology in games has made them more fun and exciting to play.
Games ・ 11 days
Mac Sources

What Is The Future Of The Online Casinos?

In 2019 and 2020, the global income generated by online casinos will account for more than a quarter of overall gaming revenue. Cryptocurrency gaming is expected to gain popularity in the future.   In this post, we will look at the current and future of online casino industry and make predictions about what could happen.
Mobile ・ 21 October 2022

Traditional casino games are not appealing to younger players. Live dealer games where players can chat with the dealer and amongst themselves in real-time are recreating the land-based casino experience. Mobile casinos go above and beyond the bare minimum of having an app. Smartwatches are becoming more common. iGaming games have evolved to become more lifelike over time. iGambling games on smartphones are overpowered mobile computers. They are also more powerful. The latest developments in mobile gambling are seeing operators offering modular tech stack using their apps to enable or disable functionality as needed.
Mobile ・ 04 September 2022
Super Slots Casino

Players can claim the SUPER300 bonus code on their first three deposits only. The minimum deposit amount required to redeem each bonus code is $25. This bonus is not valid in the Live Dealer Casino. The deposit plus bonus amount is subject to a 45X playthrough requirement before any winnings can be withdrawn.
Technology HQ

The Future of Online Casinos: Which Technologies Will Reign Supreme?

As time goes by and technology develops, many industries experience positive changes. In the digital world, it's impossible not to run upon allusions to the Metaverse. Big tech companies like Google, Apple, and Meta are always looking for new ways to use the metaverse and are competing for the top places in technology development.
Innovation ・ 28 July 2022
Tech Guide

How Game Developers Create Pokies: The Relationship Between Technology and Pokies

There have been fascinating changes in technology. Media and entertainment technology are more interesting than communications. The relationship between technology and Pokies is discussed in How Game Developers Create Pokie.
Mobile ・ 16 May 2022

The online casino industry is growing. It is highly competitive. The industry has been adopting technological innovations.
Innovation ・ 13 May 2022
Yabby Casino

How Would Online Casinos Change in the Future?

Technology has always been key to evolving the online casino gambling world. Online casino games today have much better quality. The correlation between technology and the gambling industry is robust. This post highlights how conventional technology impacts and indicates the future course of the casino industry. Check also the best slot machines with the respin feature to win more. iGaming is a receptive, adaptive, and flexible industry, which is responsive to changes in technology.
Crypto ・ 04 May 2022
Telegraph Star

Thanks to advances in technology, our lives today are very different to how they were just a few years ago. Online gaming has especially benefited from new technology. Most popular casino games use technology to give players a better experience.
Games ・ 15 March 2022
London Post

The technology used by the online casino industry is evolving each year. It is imperative for businesses to stay on top of the latest trends and advancements in digital technology to remain competitive.
Industry ・ 14 February 2022
Fingerlakes1

The trends in casino technology

Techy improvements in the gambling industry are making it more convenient and profitable for gamers. Casinotice.com is a good example of a reliable online casino service in USA. The use of big data affects gamers’ lifestyles and personalization and gamification are also positive trends in casino technology. People share their positive emotions on social media to achieve significant results in gambling.
Crypto ・ 30 November 2021

What Technologies will Android Mobile Casinos Explore in the Coming Year?

What Technologies will Android Mobile Casinos Explore in the Coming Year? Mobile casinos are no longer just offering blackjack or roulette games but have many more options on the table, including slot machines and poker.
Mobile ・ 04 October 2021
Smartereum

How New Technology will Affect the Online casino experience

How new technology will affect the online casino experience is constantly evolving. Many online casinos have adopted new technologies, such as cryptocurrency, VR games, and more. Some experts believe that with the introduction of new IT developments, online gambling will become more exciting and convenient. Here are some of the technological changes that may affect gambling industry.
Crypto ・ 22 July 2021
Analytics Insight

AR and VR: The New Realities of Online Gambling

AR and VR are poised to cause significant changes in the online gambling market. Through them, gambling operators and platforms hope to massively transform and improve the user’s experience.
Covid ・ 09 July 2021
India CSR Network

Virtual Reality is the Game-Changer for the Online Casino Industry

Virtual reality is the game-changer for the online casino industry. Analysts expect bets made by VR online gambling to hit almost $520 billion by 2021. It's a rise of 800 percent from this year's modest beginnings. VR casinos provide all except free beverages at home.
Industry ・ 19 January 2021
News Anyway

Online Casino & Gambling Trends in 2021 and Beyond

The revenue from the global online gambling industry in 2021 will hit the $1 trillion mark. The industry is expected to grow at 11 percent annually until 2024. Mobile casinos are gaining more traction as consumers prefer playing casino games on their smartphones and tablets.
Mobile ・ 19 January 2021

The industry of gambling is constantly updated. Progressive jackpots, mobile gambling and virtual reality are some of the latest innovations. The TOP-5 of interesting innovations that have greatly influenced the gambling industry has changed it forever. It allows you to find the most honest and interesting clubs worldwide. The games are getting easier and more convenient. Gamblers can play slot machines for free without the need to make any deposits. All winnings are virtual and are not transferred to the user’s account. They can download apps with slot machine and launch them on the PC or their gadget.
Top and Best ・ 28 July 2021
Times Of Casino

What Does the Future Hold for Online Casinos and Gambling?

Predicting the future is an interesting game to play. In the next ten years, we will see significant advances in wearable tech and devices, driverless cars, screen-free computing, connected homes, cryptocurrency, 3D printing, virtual reality, genomics, and AI. In terms of online betting, several of these developments could make an impact.
Mobile ・ 19 September 2021
UKTN

The New Technology Behind Online Casinos

Technology has made our lives more digital. Young people spend most of their lives online. Online casinos are a good example of this.   in this article we are going to look at the tech that is driving online casinos.
Mobile ・ 18 days