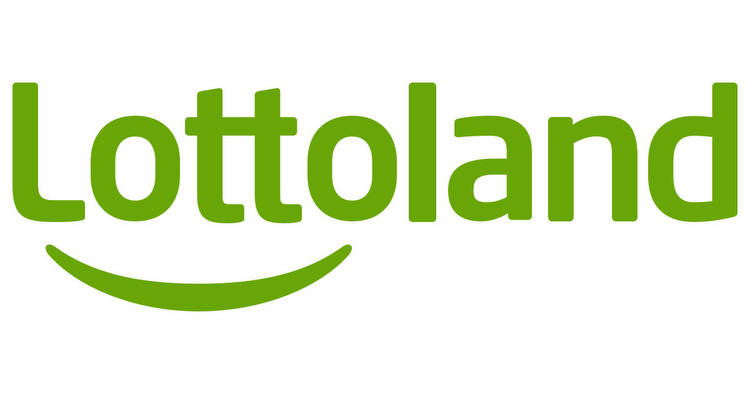 A small town in the West Region of Ireland is living up to the famous association between luck and the Irish after an incredible four major lottery wins in the town, including three EuroMillions jackpots and most recently, the largest ever Irish Lotto jackpot.

Castlebar – the “luckiest town in Europe”.

In the last seven years, an incredible €80+ million (approx. £68.2+ million) has been won in a town with around 5,000 less inhabitants than Barrhead. Castlebar, County Mayo, with a population of around 12,000, has been on a winning streak since 2014.

The second EuroMillions jackpot win came in July 2019 with a massive €29 million (£24 million).
It was third time lucky less than a year later when a further €17 million (£14.2 million) was won on the EuroMillions in February 2020.

The last big jackpot win in Castlebar was a €19 million (£16.2 million) win on the Irish National Lottery in January 2022, the biggest ever Irish Lotto jackpot to date.

It wasn’t just the fact that the biggest ever Irish Lotto jackpot was won in Castlebar, a town already famous for its jackpot wins. The Irish Lotto jackpot reached €19 million after rolling over an unprecedented number of times and had remained at the €19 million cap for over three months. In total, it took an unbelievable 62 weeks for the jackpot to be won. At one point, the Irish Lotto had been dubbed the “unwinnable lottery”.

The first rollover came on Saturday, June 12, 2021 and the jackpot wasn’t won for another seven months. The jackpot cap was reached on Saturday 2nd of October and remained so until January 2022.

Premier Lotteries Ireland, the operators of the Irish National Lottery, were obliged to change the lottery rules to enable a “must-win” draw following questions from members of the Irish parliament and public outcry regarding the never-ending rollovers.

ANOTHER WELCOME WIN FOR CASTLEBAR

Any sort of jackpot win is of course always very welcome but following the hardships of the last two years brought about by the advent of the coronavirus pandemic, the fourth jackpot win to hit Castlebar was no doubt the most special because of the circumstances of how it was won and the most significant in terms of its positive impact. Not just financially but emotionally.

When the Irish Lotto jackpot was won, Mulroy’s Londis service station was still displaying a sign in the window saying “Luckiest Town in Europe” from the previous win in 2019.

Alan Mulroy, the shop owner, won a whopping €25,000 (£21,373) for selling the winning €17 million EuroMillions ticket. Mulroy said of the Irish Lotto win, “there’s a great atmosphere and nobody is talking about Covid”.

Laura Scriney, owner of Laura’s XL store, made a tidy €15,000 (£12,825) for selling the winning ticket for the Irish Lotto. Her grandmother had sadly passed away just a week before the big win and Scriney described the win as a “mixture of emotions” but added that the “money will be very welcome” especially as “it’s been a difficult two years”.

As one can imagine, in a small town such as Castlebar, as would happen no doubt in Barrhead, there was a great deal of speculation as to the identity of the lucky winner.

“We get customers from all over as Castlebar is such a popular shopping town. The winner could be from Bangor Erris, Claremorris or Ballinrobe, anywhere. I have my regulars but there’s plenty coming from further afield. Whoever won, I wish them the best of luck”, said Scriney.

Scriney confessed to “not having a clue” who bought the ticket, but knew it was a QuickPick that had been purchased on the Friday or Saturday before the Sunday draw, as the shop had been closed on Wednesday and Thursday.

COULD BARRHEAD BECOME THE NEW CASTLEBAR?

Despite being dubbed “unwinnable”, the Irish Lotto was eventually won, as are all lotteries. Inevitably, someone must win, that’s the great thing about the lottery, you just never know when or where Lady Luck will appear. If Castlebar could be so lucky, why not Barrhead?
Yes, we can always play the EuroMillions every week but with odds of 1 in 139,838, 160 the chances are slim, to say the least. Although never impossible. The UK National Lottery doesn’t fare much better at odds of 1 in 45,057,474. That’s where the Irish Lotto comes in.

The odds of winning the Irish Lotto jackpot are 1 in 10,737,573 – significantly more favourable than the EuroMillions and UK National Lottery. Futhermore, with the Irish Lotto, you can win jackpots up to €19 million (£16.2 million).

Until recently, UK lotto enthusiasts could only be in with a chance to win an Irish Lotto jackpot if they crossed the Irish Sea to buy a ticket. Now, all you need is an internet connection and you can bet on the Irish Lottery online with Lottoland from the UK, anytime, anyplace. It beats waiting in line at the corner shop or having to catch a flight or ferry to Ireland!

Lottoland is an online lottery betting company based in Gibraltar which is regulated by the UK Gaming Commission. With Lottoland you can bet on the outcome of lotteries from around the world.

Apart from the convenience of being able to bet on the lottery from the comfort of your own home, or from a coffee shop for that matter. There are other advantages of betting on the lottery online with Lottoland in the form of unique special features.

DoubleJackpot is self-explanatory, for an extra fee you can win double the jackpot amount if you select this feature.

NumberShield is a cheeky feature which lets you block your lucky numbers so that no one else can pick them. This means that if you win a prize, you won’t have to share any of the winnings!

With System Bets, you instead of picking just 6 numbers, you can choose up to 13 numbers which give you different combinations to increase your chances.

Another way you can increases your chances of winning is by syndicate betting. 20% of all lottery jackpots are won by syndicates. Online syndicates enable you to bet on hundreds of lines at a time.

A small extra fee of £1 lets you enter the Irish Lotto Plus 1 and Lotto Plus 2 draws. These are additional games which run concurrently to the main draw. Lotto Plus 1 gives you the chance to win up to €1 million whilst you could win up to £250,000 with Lotto Plus 2.

Unfortunately, there’s no secret to winning the lottery but if you bet on a lottery with more favourable odds such as the Irish Lotto, you’ll have a better chance, especially if you take advantage of system bets or syndicates, ultimately though, you’ll need the luck of the Irish to be with you!

It's Friday and IrishLuck is ready for a night on the town! Check out all the local places to try out your luck 🎰🍀 Land-based Irish casino guide ➡️ 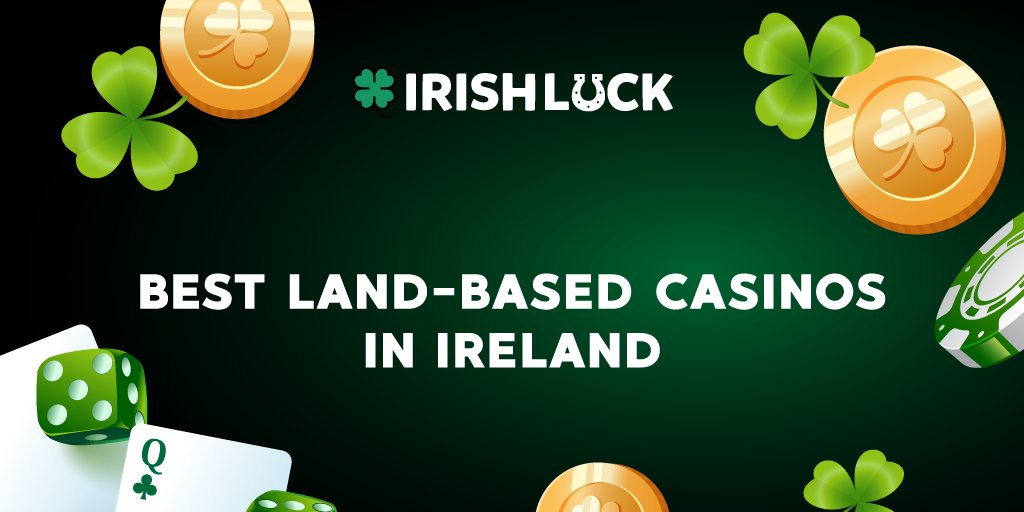 There have been four major lottery wins in the town, including three EuroMillions jackpots and the largest ever Irish Lotto jackpot.
Gaming Authorities ・ 23 June 2022

A EuroMillions player in Clare has won a jackpot of €30.9 million in Friday's draw. The last Euromillions jackpots won in Ireland was in July 2020 by an online player from Dublin. National Lottery urges players in County Clare to check their tickets carefully today. They are advised to sign the back of their ticket and keep it in a safe place. A National lottery spokesperson said it has been a huge week for National lotteries all over the country. In the space of just seven days, three new millionaires have been created across the Lotto and Euro Millions games.
Winnings ・ 12 February 2022

There will be 100 guaranteed millionaires across nine countries in tomorrow's EuroMillions raffle draw. The jackpot is estimated at €17 million. It comes as the Lotto jack pot has finally reset after the €19 million mega windfall was won by a player in Mayo on Saturday. Lottos are urging people to buy their tickets early. They are also giving out special raffles codes for each line played.
Lottery ・ 20 January 2022

Local store in Meath revealed as selling location for Millionaire Raffle ticket worth €1 million. The winning ticket was purchased on Saturday 11th December at Scally’s Centra in Summerhill, Co. Meatha. Geoff Scly is delighted to get the call from the National Lottery to say that his store sold the winning top prize ticket.
Christmas ・ 04 January 2022

Lotto jackpot will roll for the 18th time tonight. Players have shared €26million in prizes in the last 17 draws. The jackpots has been capped since October 2. Lotto HQ is eager to hand over a massive cheque to the next winner. Tickets can be purchased in-store, through the National Lottery app or at www.lottery.ie ahead of the deadline.
Winnings ・ 01 December 2021

Lottery jackpot winners contribute to economy, but so do retailers selling the tickets

Lucky Dublin player has won €500,000 in the Euromillions top prize tonight. The main €19 million jackpot will roll over for the 15th time as no one was able to predict the lucky numbers.
Lottery ・ 24 November 2021

Tonight's Irish Lotto draw will see a mega jackpot worth €16.5m up for grabs. A single winner could become the third biggest Lottos multi-millionaire in the history of the game in Ireland. The last time a Lottery jack pot exceeded €15m was in October 2010. EuroMillions community is planning a guaranteed mega draw on Friday, September 24 which will bring a €130m jackppot. Since the L Lottery game was launched in 1988, only five jackpots in excess of € 15m have been won.
Winnings ・ 18 September 2021

Tonight's EuroMillions jackpot is set to hit €40million. The last Euromillions winner in Ireland was a Dublin woman in July 2020. National Lottery players are focusing on Saturday's €16.5million Lotto jackpots. Mega draw on Friday, September 24 will see a €130million jack pot up for grabs. Lottos in Limerick, Kilkenny, Westmeath, Cork and Galway have won jack pots in excess of €15million this year.
Winnings ・ 17 September 2021

Nobody won the record-breaking Lotto jackpot of €15.588 million last night. The jackpots will roll over to Saturday night after building for three months. Last time a Lottos jack pot exceeded € 15 million was in October 2010 when a Dublin winner scooped €16,390,239. This year's Lottery jackpets have been won by players in Limerick, Kilkenny, Westmeath, Cork and Galway.
Winnings ・ 16 September 2021