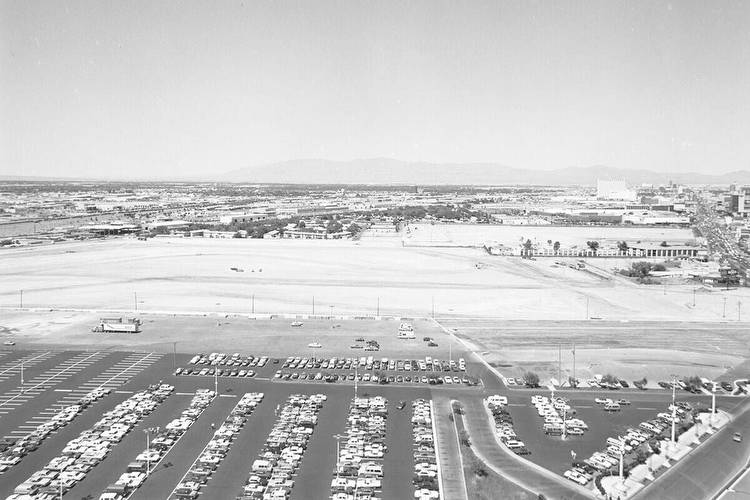 The Mirage will switch ownership from MGM Resorts International to Hard Rock International at the end of the year, and eventually the casino will undergo and brand change, but its volcanic legacy is one Las Vegas won’t soon forget.

(And, by the way, the volcano is not expected to close under new management, according to MGM Resorts.)

When The Mirage opened on Nov. 22, 1989, the focus was not on gaming or hotel suites. Instead, it was on the property’s other features like its Secret Garden and Dolphin Habitat, which permanently after three dolphins died this year.

But before the resort opened, it needed a name.

Steve Wynn consulted fourth-graders at Vegas Verde Elementary School to help come up with the resort’s name. He then bought the name Mirage from two motels in the Las Vegas Valley.

Construction took two years to complete, and on its first weekend open, the hotel-casino saw about 750,000 guests visit. Crowds got so large, restrictions had to be put in place.

The completion and opening of the hotel-casino is considered the start of Las Vegas’ mega-resort boom, inspiring developers to top The Mirage’s rare white tigers and volcano show. The opening of the Luxor and MGM Grand in 1993 and Bellagio in 1998 followed in The Mirage’s footsteps — with each resort trying to outdo the last.

Siegfried and Roy’s show was synonymous with The Mirage. Running from 1990 until 2003 after Roy Horn’s tiger attack, the show was fundamental to the resort’s development. Wynn had promised the duo that he would build a 1,500-seat showroom for the two, along with giving them a $50 million multiyear contract.

The show ran with a cast and crew of 267 people and cost $30 million to produce — an expensive price tag for its time.

Roy Horn died in 2020 from COVID-19 complications, and Siegfried Fischbacher died in 2021 from pancreatic cancer.

The Mirage is expected to keep its brand until at least 2025, when Hard Rock plans to work on a property expansion. 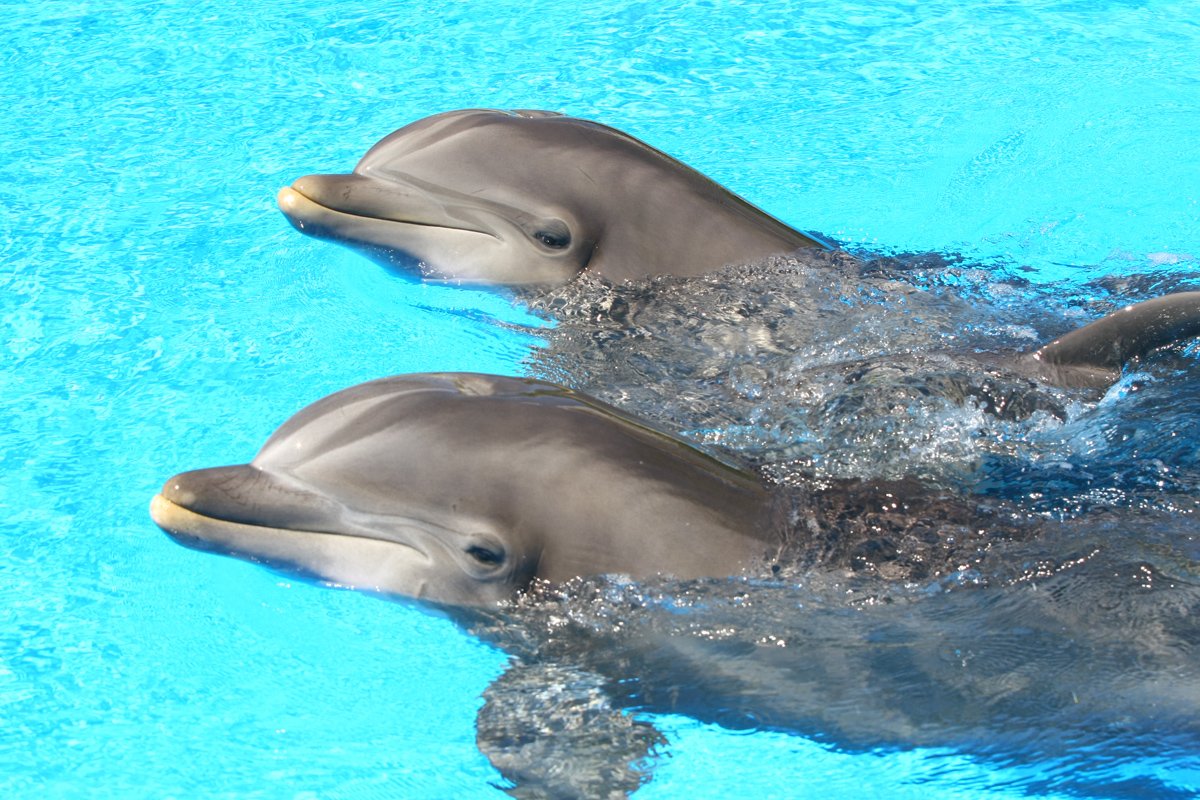 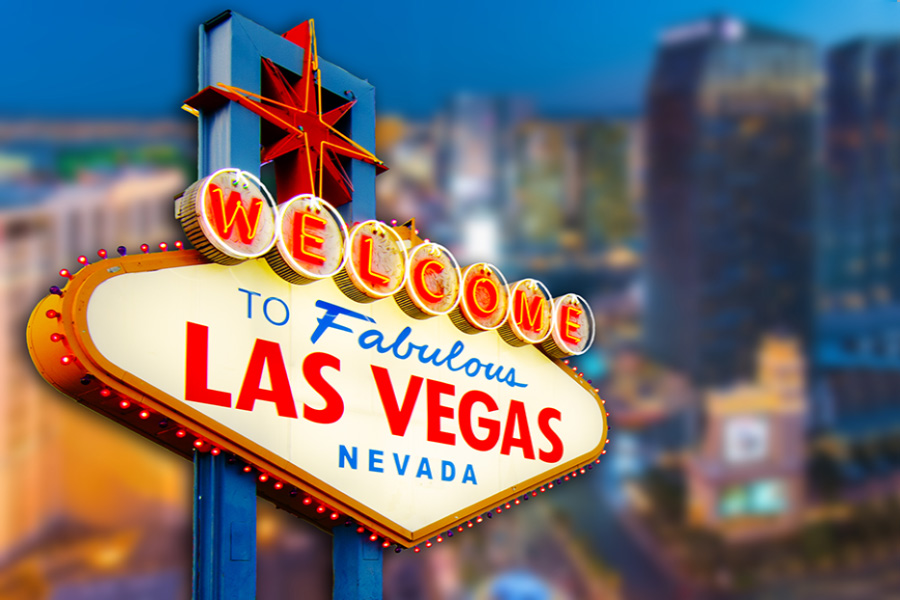 Hard Rock has revealed its plans to transform the Mirage casino in Las Vegas in the coming years.
Land-based ・ 1 day
Henry Herald

Hard Rock International will take over the Mirage from MGM Resorts International. Caesars Entertainment dropped the Bally's name from its about-to-be Horseshoe resort casino. Tropicana may be demolished for a new casino or a baseball stadium for the Oakland Athletics. . The new owner Balys Corp. - Get Free Report may revamp the property and rebrand it under its corporate name.
Land-based ・ 1 day

Hard Rock International wants to close The Mirage and renovate the entire three-wing hotel and casino. The company will invest billions in improving and making the property larger starting in late 2023 or 2024.
Land-based ・ 19 hr
The Street

When a major Las Vegas Strip property changes hands, the new owner usually wants to put its stamp on the property. Bally's - Get Free Report has bought Tropicana, but aside from some signage changes, nothing has changed. Cosmopolitan was recently taken over by MGM Resorts International (MGM) - get Free report. MGM is about to sell Mirage to Hard Rock International.
Land-based ・ 16 days
Super Slots Casino

The Las Vegas Strip has a long history of farewells. The sale of Mirage to Hard Rock International is almost a year old. Bally's - Get Free Report bought Tropicana. New owner will not make any big changes to the property for a few months.
Land-based ・ 08 November 2022
The Street

The Mirage Volcano is being sold to Hard Rock International. Hard Rock wants to bring the Guitar Hotel to the Las Vegas Strip. The Volcano will be removed. The sale of the Mirage is expected to be completed soon. It will bring an end to both the Volcano and the name of The Mirage. iReport.com reports. A Las Las Vegas icon is about to fall. In the past, the Dunes, The Sands, Aladdin, Bourbon Street, Boardwalk, Stardust, and New Frontier have all been removed for Las. Vegas.
Land-based ・ 22 June 2022
Yabby Casino

The facelift of Wynn Las Vegas is expected to be completed in June 2022. The nearly 2,700 room casino resort is redesigning its suites, rooms, elevator lobbies and resort tower corridors. Todd-Avery Lenahan, the person leading the redesign, is behind the design of Delilah at WynN Las Las Vegas, Cocktail Collection on the Lake of Dreams and Casa Playa.
Land-based ・ 01 June 2022
The Street

Support Grows to Save a Las Vegas Strip Icon Set for Demolition. MGM Resorts International has sold The Mirage to Hard Rock International for $1.075 billion. Hard Rancher plans to build a Guitar Hotel on the grounds of the Mirage. To do that, it is expected to shut down and remove the iconic Mirage Volcano.  Some people want to stop it. They are taking steps to prevent the demolition. The transaction has not closed.
Land-based ・ 24 May 2022
Travel Weekly

The volcano at the Hard Rock International resort is about to be dismantled. The volcano opened with the resort on Nov. 22, 1989. Hard Rancid International bought the property from MGM Resorts International. The eruption timing of the volcano is uncertain. A guitar-shaped room tower is expected to rise from the site.
Travel ・ 10 May 2022
The Street

The Hard Rock International bought the Mirage from MGM Resorts International last month. The company plans to remodel the entire front of the resort and build a guitar-shaped hotel next to the main property. A petition to save the volcano has over 2,500 signatures.
Industry ・ 28 January 2022
News 10

The Hard Rock International bought the Mirage from MGM Resorts International last month. The volcano outside of the resort will be torn down as part of remodeling. More than 140 people signed an online petition to save the volcano.
Travel ・ 22 January 2022
The Press-Enterprise

In 2021, Las Vegas had some big openings such as Resorts World Las Vegas and Virgin Hotels Las vegasy. Last year, there were also significant acquisitions on the Strip and beyond, including the purchase of The Palms. In 2022, the results of those deals, plus construction and big-name entertainment residencies are what's ahead for LasVegans.
Travel ・ 10 January 2022
Gambling Insider

Hard Rock International has announced a deal to purchase The Mirage Hotel and Casino from MGM Resorts International. HRI will pay $1.075bn in cash for the operating assets of The Mira. The brand will enter into a long-term lease agreement with VICI Properties for TheMirage's real estate property. Hard Rock owns a valuable collection of authentic music memorabilia of more than 86,000 pieces. Hard Rancher has a guitar-shaped hotel in Florida.
Land-based ・ 14 December 2021