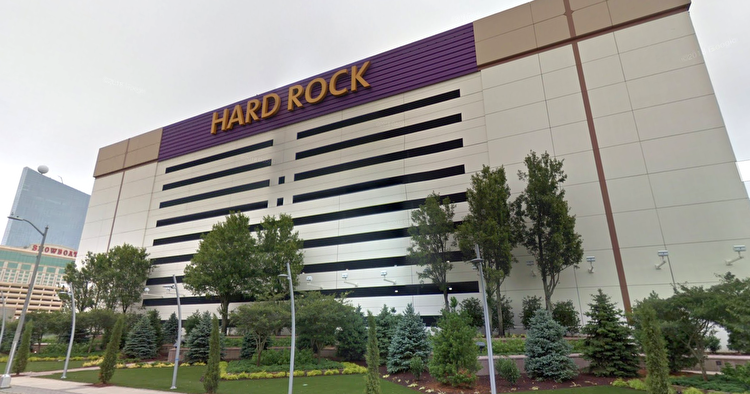 A New Jersey man won a significant jackpot during a recent visit to the Hard Rock Hotel and Casino in Atlantic City.

James is a resident of Atlantic County, N.J. His last name was withheld for privacy reasons.

Winning the jackpot obviously came as a surprise, the South Jersey native told the Atlantic City Weekly. James didn't expect to make so much money while playing a card game, but plans to share it with his family, he said.

"It is surreal to have hit a $1.3 million jackpot, especially because playing cards is a little different than laying pipe," James told the publication. "We plan to take care of our family, put money away for our kids and my wife deserves a nice trip.

The jackpot was one of several reported this week by the Hard Rock Hotel and Casino. James and three other recent visitors to the New Jersey casino won large jackpots, according to 6ABC.

Two individuals won slot machine jackpots of $168,657 and $80,000 on Sunday, followed by a Mays Landing resident winning a jackpot of $90,000 while playing Blazing 7s on Monday.

The Hard Rock Hotel and Casino in Atlantic City begin gradually reopening on July 2 following New Jersey Gov. Phil Murphy's lifting of coronavirus restrictions for casinos in the state. The boardwalk landmark was one of the first casinos to release its Safe + Sound program of COVID-19 heath and safety guidelines, prior to that date.

James Harden on taking pay cut to help 76ers build out roster: ‘I want to compete for a championship’ READ MORE HERE:

In-person gambling revenues increased slightly in December, but were still down for the year. However, gains from online and sports betting pushed 2021’s total gambling revenue above $4 billion for first time since 2008.
Land-based ・ 15 January 2022

November's gaming revenue numbers show that Atlantic City casinos are still struggling. The Hard Rock Hotel & Casino Atlantic and Ocean Casino Resort saw double-digit growth in revenue, but the other properties are down 22%. COVID-19 continues to have an adverse impact on the industry.
Land-based ・ 17 December 2021

James won a $1.3 million jackpot at the Hard Rock Hotel & Casino Atlantic City. He plans to put some money away for his kids and take his wife on a vacation. A Mays Landing resident won $90,000 playing Blazing 7s on Monday.
Winnings ・ 24 January 2021