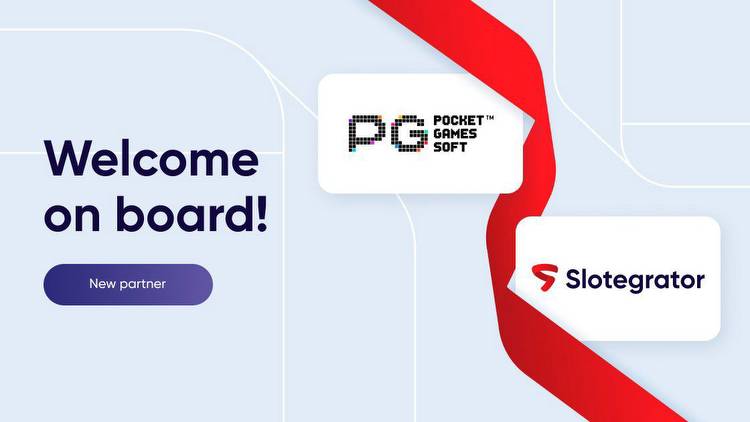 Aggregator and iGaming solutions providerSlotegrator announced it has signed a new partnership with Pocket Games Soft. As part of the deal, all of the studio’s titles can now be integrated into online casino platforms through Slotegrator’s APIgrator solution.

Pocket Games Soft is an iGaming studio founded in 2015 in Valletta, Malta. Since 2017, the company has released 84 slots and 1 table game, a press release recounts. Slotegrator describes the studio as a “maker leader” when it comes to the gamification of mobile applications, with the developer’s “unique and original content” proving popular with players around the world.

The studio’s games are available in markets in 100 different countries and support a diverse number of currencies. Players of these products can communicate with each other in real-time via online chat or send stickers to each other, describes a press release. There are more than 20 languages to choose from when engaging with the company’s titles.

In addition to its lineup of online gaming titles, the studio has also developed an automation platform called Smartbot. “This proprietary technology allows users to switch between applications without stopping the game,” a company bio says.

Earlier this month, Slotegrator announced the signing of a partnership deal with game developer Fazi. The developer's catalog is also available for integration into online casinos via Slotegrator's APIgrator solution. Headquartered in Serbia, Fazi develops games for a wide range of countries and is among the leading game producers in the Balkan region.

Thanks to the deal with , ’s full catalogue can be integrated into an online #casino platform and made available to players immediately. 🥂

@slotegrator has published a summary of some of the most important international developments in the #iGaming industry for August. 🤓

Slotegrator and Pocket Games Soft have signed a partnership. SloteGrator is the leading provider of igaming solutions. Since 2017, the company has released 84 slots and 1 table game. Pocket Game Soft is a market leader in mobile games. The studio's games are available in markets in 100 different countries and support many currencies. The marketing tools will increase user loyalty and keep more players on the platform. Smartbot is an automation platform that allows users to switch between applications without stopping the game and allows them to communicate in real time via chat.
Industry ・ 10 days

Slotegrator has signed a partnership agreement with game developer Fazi. The developer catalog is now available for integration into online casinos via SloteGrator's APIgrater solution. Fazier was founded in 1991 and started producing electric roulettes in 2005. Since 2017, the company also develops online casino games.
Industry ・ 8 days

Crash games taking off on APIgrator

Crash games are a new form of gambling. They are simple and straightforward. Players can make bets and lose money. Slotegrator monitors player preferences in different markets. They reveal which providers are offering the most popular titles. iGaming is geared towards innovation. It's not surprising that younger generations are attracted to crash games. The game is more simple than other forms of gaming. There's a thrill in the fact that the game can end unexpectedly. For example, a player can lose all his money if he doesn't close his bet before the rocket explodes. If he holds on and the multiplier reaches 2.55x, he wins 0.51 BTC.
Crypto ・ 29 July 2022

August Gaming's portfolio currently comprises 19 slots and will see the addition of tables and scratchcard games during 2022. Slotegrator has entered a distribution agreement with August Gaming. The studio’s slots can be integrated into online casinos via Slotgrater's dedicated solution, APIgrators.
Religion ・ 11 March 2022

Slotegrator has signed a partnership deal with game developer Slotmill. All of SlotMill's titles are available for single-session integration into online casino platforms via APIgrater solution. Slot Mill's games are rich in engaging special features, like Burst Mode and Fast Track. SloteGrator believes Slot mill's portfolio of games will be well received by its clients. The games developed using HTML5 technology are optimized for both computers and mobile devices.
Industry ・ 19 January 2022

Slotegrator has signed a partnership deal with game developer Slotmill. All of SlotMill's titles are now available for single-session integration into online casino platforms via APIgrater solution. Slot Mill's portfolio includes 11 games with 3 more titles close to release. The games are developed using HTML5 technology and optimized for both computers and mobile devices. The slots feature Full HD resolution, yet only weigh around 10 MB. They have special features like Burst Mode and Fast Track.
Industry ・ 17 January 2022

Slotegrator has entered a new partnership with game developer Cogg Studios. Cogg's video slots and casino games can be integrated into online casinos thanks to SloteGrator's APIgrater solution. The company's catalogue is available worldwide and includes titles such as “Professor Morris’ Time Machine”, and ‘Ink 4 Reel‘.
Industry ・ 04 December 2021

Slotegrator and Mplay have entered a new distribution agreement. All of M play's titles can be integrated into online casinos via SloteGrator's APIgrater. MPlay was established in 2020 and has a significant range of games in its portfolio. The studio is focused on the Indian market. It has developed premium games for table games and slots.
Industry ・ 29 October 2021

Slotegrator integrates Gamzix's entire portfolio in new partnership. Gam zix has put out 20 slots since its founding in January 2020. Slote Grator's APIgrater integrates the entire catalogue into existing online casinos. The games are based on an RNG certified by testing laboratories like GLI and iTech Labs.
Industry ・ 18 October 2021

Slotegrator has entered a distribution deal with Gamzix. GamZix's catalogue can be integrated into existing online casinos via APIgrater. SloteGrator and Gam zix are excited about the partnership. The company was founded in January 2020 and has offices in Tallinn, Estonia and Kiev, Ukraine.
Sports ・ 18 October 2021

SmartSoft Gaming's portfolio is now available for integration into online casinos via Slotegrator's APIgrater solution. SmartSoft was founded in 2015 and expanded into international markets in 2019. Its products include slots “Samurai”, ‘Magic Garden 10’ and ’Burning Ice 10,‘ as well as ”JetX“ or ‚Cappadocia‚.
Trust and Safety ・ 16 October 2021

Slotegrator has added more than 200 NetEnt online slots to its aggregation platform. Netent was founded in 1996 and is one of the pioneers in the development of products for the online gambling industry. It holds licenses from all major jurisdictions, including the Malta Gaming Authority and the UK Gambling Commission.
Gaming Authorities ・ 28 July 2021