Slotegrator adds 36 titles to its partner network in March 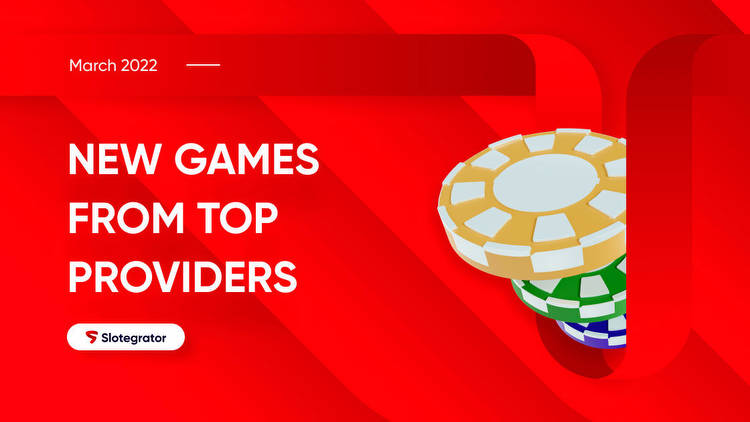 Slotegratorannounced the addition of 36 new games to its partner network in March, all of which can be integrated into online casinos in a single session thanks to APIgrator. Booongo, Retro Gaming and Spinomenalare on the list of developers releasing new titles this month, along with games from Endorphina, Microgaming, Platipus, and other studios.

During St. Patrick’s Day month, plenty of developers are capitalizing on the occasion to provide players with themed titles. “Patrick’s Collection” by Spinomenal has 10, 20, 30 and 40 payline variations. “Clover Bonanza” byBGaming, “Hot Patrick” by Gamzix, “Lord of Luck the Wheel” by CT Gaming, “777 Rainbow Respins” by Microgaming and “Patrick’s Charms” by Retro Gaming are also available.

There are also new adventure-themed slots this month as well. “Kim’s Wild Journey” by Booming Games, “Pearl Diver 2: Treasure Chest” by Booongo, and “Lucky Jack - Lost Jungle” by Spinomenal fall under this category.

Fans of mythology-themed slots will enjoy “Wild Anubis” byAmatic, “Sun of Egypt 3” by Booongo, and “Egyptian Rebirth II —  Expanded Edition” by Spinomenal. For fans of the non-traditional, “Lava Lava” by Thunderkick is now also available.

Slotegrator’s APIgrator is a game aggregation protocol that integrates a variety of games into an online casino platform in a single integration session. The protocol, which includes over 5000 games from over 75 developers, is constantly updated with new development studios and new titles, including slots, table games, live dealer games, and virtual sports.

@slotegrator has been nominated for the “Best Aggregator” award for its APIgrator that brings together more than 15,000 games from over 100 licensed developers. 🥂

Hot Patrick by Gamzix brings your favourite fruits, plus lucky leprechauns and 4-leaf clovers to help you win! If you want to boost your chances to win at slots even more, play with 88 No Deposit Free Spins with uncapped winnings from 888 Casino! 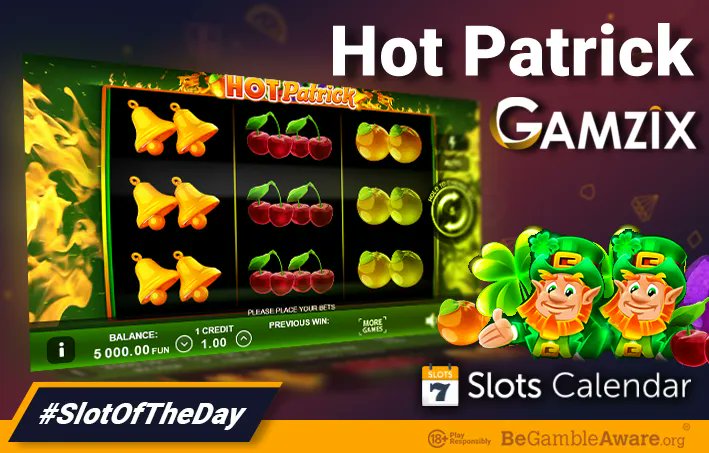 Water Tiger #slotonline By Endorphina: Is this #CasinoGame Fantastic?

Spinomenal has secured a B2B license from the UK Gambling Commission. The license will enable Spinomenals to pursue partnership opportunities in the lucrative market.
Gaming Authorities ・ 3 days

Crash games taking off on APIgrator

Crash games are a new form of gambling. They are simple and straightforward. Players can make bets and lose money. Slotegrator monitors player preferences in different markets. They reveal which providers are offering the most popular titles. iGaming is geared towards innovation. It's not surprising that younger generations are attracted to crash games. The game is more simple than other forms of gaming. There's a thrill in the fact that the game can end unexpectedly. For example, a player can lose all his money if he doesn't close his bet before the rocket explodes. If he holds on and the multiplier reaches 2.55x, he wins 0.51 BTC.
Crypto ・ 20 days

Gaming content is the core of an online casino. It is important for operators to offer the right content for their target market. Slotegrator monitors the market and analyzes the situation to deliver critical insights to online casinos. Game integration is one of the most difficult steps in launching an iGaming site.
Baccarat ・ 02 July 2022

Slotegrator advises its clients on which igaming content providers offer the most popular content in their target market. Game integration is one of the hardest steps in launching an online casino. SloteGrator closely monitors the market and analyzes the situation in order to deliver critical insights to online casinos.
Baccarat ・ 01 July 2022

Slotegrator's partner network adds 30 new games in June from over 10 developers. SloteGrator has a game aggregation protocol that integrates a wide variety of games into an online casinio platform in a single integration session. It includes over 5,000 games from 75 developers and is constantly updated with new development studios and new titles. Last month, the company added 28 games. from BGaming, EGT, Pragmatic Play and other studios to its lineup. The company's business development manager said that game content is the basis of a site and an effective tool for attracting players.
Sports ・ 30 June 2022

Spinomenal has announced its upcoming 'shared universe' project. Three new titles will be launched during the month of May. The games will launch on the second day of the first month.
Lottery ・ 28 April 2022

Slotegrator's partner network adds 22 new games in April. Amatic, Spinomenal, Reno Gaming, BGaming, ELK and Platipus are among the developers with new titles now available through SloteGrator’s integration solution. The games can be integrated into online casinos in a single session through APIgrater. APIGrater is a game aggregation protocol that integrates a massive variety of games into an online casino platform in one session.
Sports ・ 22 April 2022

Amatic, Spinomenal, and Retro Gaming are releasing new titles in April. New games from BGaming, ELK, Platipus and Betsoft are available for single-session integration through Slotegrator's APIgrater. APIGrator is a game aggregation protocol that integrates a massive variety of games into an online casino platform in a single integration session. It includes over 5000 games and is constantly updated with new development studios and new games. It offers games licensed in nearly every jurisdiction around the world.
Valentine's Day ・ 14 April 2022

JetGames has joined Slotegrator for casino adoption of its game content. Slotgrater is one of the most popular gaming software providers in the business. It has developed a unified API protocol for game integration in casinos. The API is able to integrate as many as 2000 games in a single session. Bitcoin casinos are growing in popularity. The use of cryptos like Bitcoin in gambling has increased. There is a great demand for Bitcoin casino software. JetGames is planning to release at least one game every month to enlarge its portfolio. Since gaming experience plays a major part in Bitcoin. casinos, the partnership is going in right direction.
Crypto ・ 29 March 2022

Slotegrator's partner network is adding over 30 new games this month. Booongo, Retro Gaming and Spinomenal are releasing new titles. Endorphina, Microgaming, Platipus and many other studios are also releasing games. St. Patrick's Day is a great occasion for themed games, so developers are capitalising on this occasion.
St. Patrick's Day ・ 23 March 2022

Slotegrator's network adding 35 new online casino games in February. Spinomenal, NoLimitCity and Endorphina are on the list of developers releasing new titles. The games are diverse, some are classic slot themes, others are designed for mythological experiences. APIgrater is a game aggregation protocol that integrates a massive variety of games into an online casinos platform in a single integration session.
Games ・ 02 February 2022

Slotegrator's partner network is adding over 30 new games in February. Spinomenal, NoLimitCity, and Endorphina are on the list of developers releasing new titles this month. ELK, Platipus, Relax Gaming, are also releasing games. The games can be integrated into online casinos in a single session thanks to APIgrater. APIGrator is a game aggregation protocol that integrates a variety of games into an online casino platform in one integration session.
Valentine's Day ・ 01 February 2022

Slotegrator has signed a partnership deal with game developer Slotmill. All of SlotMill's titles are available for single-session integration into online casino platforms via APIgrater solution. Slot Mill's games are rich in engaging special features, like Burst Mode and Fast Track. SloteGrator believes Slot mill's portfolio of games will be well received by its clients. The games developed using HTML5 technology are optimized for both computers and mobile devices.
Industry ・ 19 January 2022

Slotegrator has entered a new partnership with game developer Cogg Studios. Cogg's video slots and casino games can be integrated into online casinos thanks to SloteGrator's APIgrater solution. The company's catalogue is available worldwide and includes titles such as “Professor Morris’ Time Machine”, and ‘Ink 4 Reel‘.
Industry ・ 04 December 2021

Slotegrator has added more than 200 NetEnt online slots to its aggregation platform. Netent was founded in 1996 and is one of the pioneers in the development of products for the online gambling industry. It holds licenses from all major jurisdictions, including the Malta Gaming Authority and the UK Gambling Commission.
Gaming Authorities ・ 28 July 2021

SOFTSWISS Aggregator has integrated content by Retro Gaming. The games are aimed at CIS and Central European markets. Retro Gaming is part of the Spinomenal Network. It was just days ago that Spinomanal welcomed Retro gaming and its content to its family. All games created by the studio are equipped with the unique Retro Bet feature.
Games ・ 07 July 2021

SoftSwiss game aggregator has integrated with Retro Gaming. The new partner is part of Spinomenal. SoftSwisse offers over 11,000 games, over 3000 of which are optimised for cryptocurrency. All major fiat currencies are currently supported with cryptocurrencies to be added soon. All games provided by Retro gaming are aimed mainly at the CIS and Central Europe. RetroBet feature allows the player to double the bet amount for a chance to win a multiplier of x1-10. It is available for clients operating under Maltese and Curacao licenses.
Industry ・ 06 July 2021