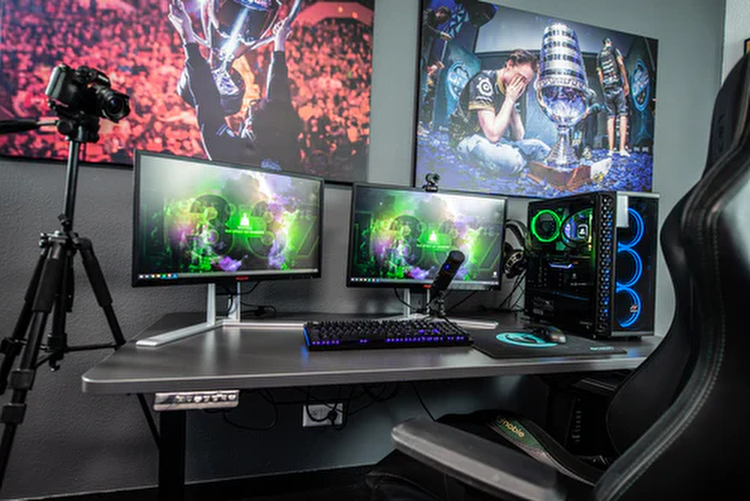 Online gaming in 2021 has become bigger than ever before, with more options and games available for the growing number of players. Whether you like Fortnite, Counter-Strike, themed giant slot machines, soccer games, Call Of Duty, or another game entirely, the chances are you can find your favorite game online.

A lot of this growth in the online gaming world has been aided by the evolution of technology. What once seemed impossible in terms of immersive, realistic gaming is now a reality. While the industry may have grown tremendously, many of you may be wondering why online gaming is so popular? Keep reading to find out!

Why is online gaming so popular?

Living in a world where everything is at your fingertips, it can be hard to imagine a time when you couldn’t ‘Google’ the answer. As the amount of information at your disposal grew, so did the amount of online gaming. And as online gaming became more popular, the number of gaming establishments and games available grew.

Here are 4 reasons why online gaming is so popular:

Previously, gaming was expensive. You needed expensive equipment, the internet was not as cheap as it is today, and you often had to pay to play these online games. This made it very difficult and cumbersome to get into gaming, leading most people to avoid it.

However, as hardware and internet costs decreased and technology improved, gaming became more accessible. Your affordable home laptop can easily run a lot of online games, making it easy to get started.

Furthermore, many gaming providers offer their games for free and require you to pay for extras rather than the game itself. This makes the cost of entry zero and the cost of playing minimal, making online gaming more affordable than ever before. 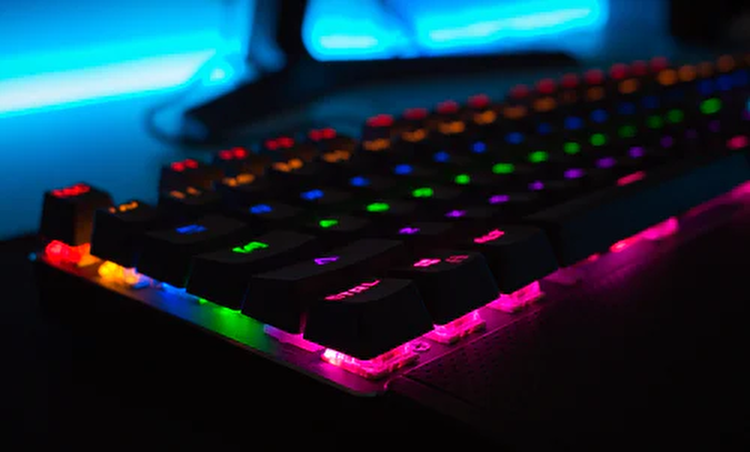 A few years ago, online gaming was often looked at as secondary to offline gaming. Online gaming could not compete with games installed offline and was often very dull and unimaginative in design and operation. However, that all changed as technology improved.

New technology has enabled far more complex and larger systems to be hosted and played online. This has led to a much more immersive and realistic gaming experience that can certainly go up against its offline competition. Many games are even being released as ‘online only’!

Other technologies such as AR and VR have also impacted online gaming and have allowed for real-world experiences when playing online, furthering the realism of the games.

One major factor of why online gaming has become so popular is its convenience. Installing offline games takes time and requires you to buy the game and download it. Depending on your internet speeds, this can easily take a few hours. However, with online gaming, you can simply sign in and play, making it easy and convenient.

This also allows you to try new games without worrying about the long process experienced with offline games, helping you to find more games that you can enjoy!

Online games are often built with a level of excitement and enjoyment not experienced elsewhere. Considering how easy it is for you to choose another game, online gaming providers spend extra time to ensure that you are enjoying your time on the game to ensure you continue playing. 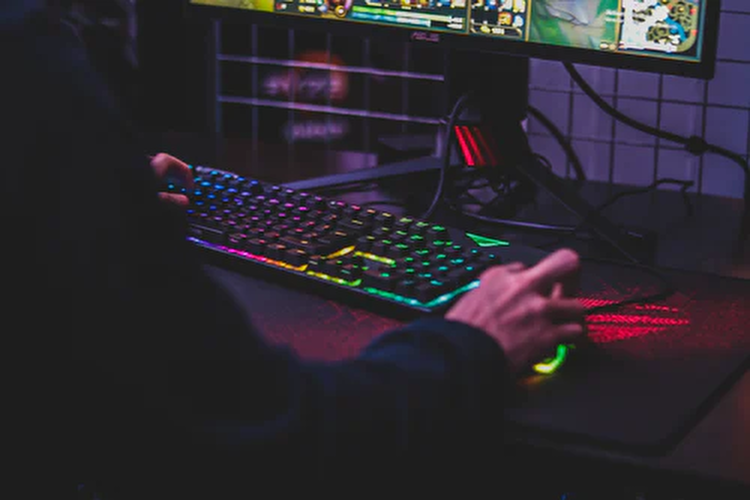 PUBGis an online multiplayer game that is very realistic. It is one of the most widely played online games in the world at the moment. One of the biggest factors of its popularity is its unpredictability. This means that no two matches are alike, making it exciting and enjoyable for its players. The game has quickly taken over the internet with its player-versus-player battle royale, where up to 100 players compete in this large-scale last man standing type match.

You have the option to play a match as a solo player, duo, or small group of up to four players. The match is won by the last remaining player or team. You can play it on both your mobile or on your computer.

Apex Legends is a free-to-play battle royale game developed by Respawn Entertainment and published by Electronic Arts. The multiplayer game is currently in its fourth season and allows up to 20 three-person teams to land on an island to search for weapons and supplies. The teams then fight to defeat each other, with one team standing.

The game is designed to be exciting and does this by forcing players to keep moving. Players have to keep moving to avoid being caught outside of the play area.

Apex Legends takes place in the same science fiction universe as Titanfall 2 and Titanfall 3. In the first month of its release, it had 50 million users and has only grown in popularity since then. The mobile version of this game will be available very soon, as it is still in the alpha-testing phase.

There are plenty of 100 player battle royale games, but Fortnite Battle Royale stands out due to its vibrant colors and outstanding free-form building system. The Fortnite Battle Royale online multiplayer game is free to play and has over 5 million players. It is one of the most popular games on the internet!

Counter-Strike: Global Offense, is a multiplayer, first-person shooter video game and the fourth game in the Counter-Strike series. The game is available both online or offline, with the online game being more popular. Two teams (The Terrorists and Counter-terrorists) are involved in the game, and each side has the goal of eliminating the other and completing separate missions. The Terrorists’ goal is to secure a location to plant a bomb and hold hostages.

Counter-Terrorists, on the other hand, must either stop weapons being planted or defuse them and rescue hostages. Valve Corporation launched it in 2014 and has 32 million players around the world.

Online gaming is growing as technology and internet speeds improve. While online games used to be dull, they are now more popular than their online counterparts. What is your favorite online game?

The world's most popular online games

Free Fire is popular in Japan and Asia. It is the most downloaded game on both Android and IOS. Free Fire has given Japanese gamers new audiences.
Mobile ・ 12 days

6 Reasons why Mobile Gaming is the Future

Mobile gaming has been a trend since the first smartphone game was installed on the Hagenuk MT-2000. Nokia developed the popular pre-installed snake game that gained recognition worldwide. Mobile gaming is still the future.
Mobile ・ 16 days

The Most Popular Online Games Around the World

The list highlights the most popular online games in various cultures. The influence of culture is visible in the types and nature of games most common among gamers in a particular gaming nation.
Incidents ・ 29 June 2022

Top 5 List of the Most Popular Online Games Today

There is a buzz around the online gaming world in 2022. More people than ever own gaming consoles and PCs.
Top and Best ・ 31 May 2022

The Mobile Gaming Trends That Are Shaping the Future

In 2021, 14.1 billion mobile game downloads were made around the world across the iOS and Google Play app stores. 11.8 billion of these downloads came from Google play. Android devices are dominant in the mobile gaming market.
Mobile ・ 19 April 2022

Apex Legends Mobile is currently only available in a few countries. The global launch is expected later this year. Players are already hyped for the fan-favorite battle royale game to come to mobile devices across the planet.
Mobile ・ 22 March 2022

Most Popular Games You Can Play Online

The most popular online games are listed in the list of the top ten most-played games globally. People nowadays spend half of their time in front of devices.
Games ・ 16 December 2021

These Are The Most Played Games in 2021

The year 2021 was great for video games. There were many new titles and consoles. The games that have been played the most are listed here.
Mobile ・ 02 December 2021

Online games and casinos are becoming more popular. They offer fun and distraction from stress, connect people and generate money. The most popular online games share certain characteristics. Counter-Strike: Global Offensive is a classic game. It maintains the dynamic of forming teams and playing against each other. It is also attractive for the public. There are games for all types of audiences. New games have also appeared. Some of them are based on the popular model of the ‘real battles’. On maps that gradually shrink. This is something attractive to the general public, but also to parents with pre-adolescent children.
Innovation ・ 15 November 2021

Defining Moments In The Evolution Of Online Gaming

Online gaming has come a long way in a short amount of time. Here is a look at some of the most defining moments in the evolution of online games.
Industry ・ 05 August 2021

The Most Addictive Gaming Apps In 2021

Preferred item slots are a new feature in Fortnite. They let you place items in certain slots automatically.
Mobile ・ 20 July 2021

8 Most Popular Online Games in 2021 That Everyone Should Play

8 Most Popular Online Games in 2021 that everyone should play. List includes various genres, from shooters and strategies to casino slots with free spin options. Common feature of these games is the possibility to play with friends and have fun together.
Mobile ・ 12 July 2021

Play game casino slot in Indonesia is a popular game. It's a web browser game where you play with two teams. The objective is to eliminate all the players on the other team to win the game and you can do that by eliminating all players from either team.
Payment Methods ・ 19 January 2021