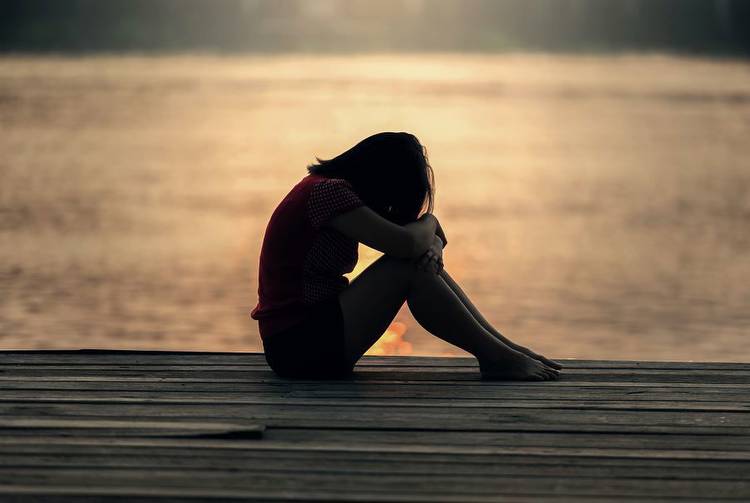 The research was carried out as part of a campaign to fight against stigma women may face while seeking problem gambling support.

It was completed between 11 and the 18 of August by insight agency Opinium, who conducted a survey of 1,606 women aged between 18 and 49 that had gambled in the last month.

It found that 24% of the women expect to up their existing gambling habits due to the rising cost of living in the next few months.

The research also revealed that 38% had spent more money on gambling than they initially intended, while 21% had chased money they’d lost.

As part of the research, each person was assessed on the problem gambling severity index (PGSI).

Among the women who scored an 8 or higher on the PGSI – which indicates the existence of problem gambling behaviour – 44% said they had gambled more frequently in the last year.

In addition, 21% of all participants said that gambling had caused health problems, such as stress and anxiety.

“This new research raises serious concerns over the potential growth in the scale of gambling harm over the coming months,” said Zoë Osmond, chief executive of GambleAware. “With such a stark warning sign, it is vital we help ensure more women are aware of the risks of gambling.”

Dr Linda Papadopoulus, spokesperson for the campaign, said that stigma can play a major role in preventing women from seeking help for gambling harm.

“Gambling harms can impact anyone from any walk of life,” said Dr Papadopoulus. “It can cause a strain on relationships, affect work, and if not addressed, could lead to significant emotional, physical and financial burden.”

“We cannot underestimate the role that stigma plays in preventing women from seeking support for issues related to gambling.”

GambleAware released the results of a new study looking into the impact of the cost of living on gambling harm among women. The study was based on responses from 1,600 women in Great Britain. 24% of women who gambled expect to increase their spending on the activity in the upcoming months. 12% admitted to gambling to improve the monthly income of their household. 21% are concerned about their health due to anxiety and stress. 32% don't want to share their gambling concerns with their families. 49% identify shame as the primary barrier to sharing concerns about gambling with families, according to the study.
Gambling Addiction ・ 12 days

The rising cost of living is expected to increase gambling among women. One in four women aged 18-49 who gamble expects to gamble more in the coming months. A fifth of women are already experiencing health challenges due to gambling. The charity has launched a prevention campaign to raise awareness of the support available for those who may be struggling. It surveyed 1,606 women online who had gambled in August. It found that one in three would be reluctant to speak to a family member about concerns over their gambling, with nearly half of these women stating shame as a key barrier.
Gambling Addiction ・ 14 days

The cost of living crisis has triggered a surge in gambling. One in five women have already suffered health problems due to gambling, mostly stress and anxiety. GambleAware has started a campaign to raise awareness of the support available for those who may be struggling.
Gambling Addiction ・ 14 days

GambleAware is an independent charity funding gambling treatment. It is concerned about the upcoming white paper.
Gambling Addiction ・ 18 July 2022

The NSW Government has launched a new harm minimisation campaign. Be Aware Be GambleAware will run for three months across TV and radio.
Gambling Addiction ・ 16 June 2022

The new Gambling Harms Research Centre at the University of Bristol will focus on gambling harms. It will champion novel interdisciplinary methodologies for gambling research. The announcement comes ahead of the imminent publication of a review of gambling legislation. Gambler's Minister Chris Philp welcomes the resource. He hopes it will help deepen the understanding and awareness of gambling-related harms and prevent and reduce them. There are concerns that gambling laws haven't kept pace with the proliferation of online gambling opportunities and children's increasing access to gambling products.
Gambling Addiction ・ 20 May 2022

The Gambling Harms Research Centre (GHRC) will focus on the research on gambling harms. It will be led by experts from public health, consumer research and personal finance. The centre is funded by a grant from GambleAware. It is set to place Britain at the forefront of evidence-based multidisciplinary action to prevent and reduce the negative impacts of gambling.
Gambling Addiction ・ 18 May 2022

Study shows that 42% of UK women have participated in some form of gambling in the past 4 weeks.
Gaming Authorities ・ 14 March 2022

How Cleaning Up shone a spotlight on female gambling

Cleaning Up is a new ITV drama about female gambling. It was created by Mark Marlow. Sheridan Smith plays single mum Sam Cook, whose gambling habits have left her in debt and facing a custody battle over her two daughters with her ex-husband Dave. She is struggling to survive working as an office cleaner on a zero-hours contract at a financial company in London's Canary Wharf. Sam is drawn into the seedy world of insider trading.
Gambling Addiction ・ 28 February 2022

Jemima started gambling at the age of 15. She used to gamble with her family but she eventually developed a serious problem. New research shows that up to 1 million women in the UK are at risk from gambling harms. Almost 40% of them do not seek help because of stigma or shame. A new campaign by Gambleaware aims to raise awareness of the problem and highlight early warning signs. The average traffic on gambling websites popular with women peaks in winter months. Between December and March, the traffic is up by 29%. The total traffic between December to March is also up 29% compared to the rest of year.
Gambling Addiction ・ 09 February 2022

Gambling addict says winning £127,000 poker jackpot was the 'worst day' of her life

Lisa Walker, 48, from Essex lost her family home after gambling addiction. She was introduced to gambling by her father and grandad. Gamble Aware is releasing a new campaign on harms prevention for women.
Poker ・ 31 January 2022

Around 1 million women at risk of facing harm due to gambling in UK, says study, World News

Women visit gambling websites 29% more often during winter months. The number of women seeking treatment for gambling addiction has doubled in last five years. Majority of the women do not seek treatment due to stigma and embarrassment. GambleAware will publish a study later this year. It will show that 1 million women in the UK are at risk of suffering harm due of gambling.
Gambling Addiction ・ 04 February 2022

GambleAware has announced the outcome of its grant award process. The aim is to improve knowledge of the lived experiences of minority communities in relation to gambling and gambling harms.
Gambling Addiction ・ 08 December 2021

GambleAware awareness increases in the UK

Last year, GambleAware launched the National Gambling Treatment Service (NGTS) awareness campaign. The campaign was mainly aimed at men, but also had an arm dedicated to women. According to a spokesperson from paybyphonebillcasino.uk, the campaign will allay some of the concerns about problem gambling.
Gambling Addiction ・ 12 November 2021