Five men face federal charges for allegedly running an illegal gambling ring for over 15 years with the protection of the Lucchese crime family, prosecutors announced Wednesday.

Lucchese crime family soldier Anthony Villani, 57, of Elmsford, and associates Louis “Tooch” Tucci, Jr., 59, of Tuckahoe, Dennis Filizzola, 58, of Cortland Manor, and James “Quick” Coumoutsos, 59, of the Bronx, were arrested at their residences in the New York for allegedly overseeing and operating a large-scale illegal, online gambling business under the protection of the Lucchese organized crime family. They are due to be arraigned before the federal court in Brooklyn on Sept. 14.

A fifth defendant, 44-year-old bookmaker Michael “Platinum” Praino, was arrested in West Palm Beach, Florida. Though he is a Bronx resident, Praino will make his initial appearance in federal court in West Palm Beach on Sept. 15.

“As alleged, this conduct demonstrates how members of La Cosa Nostra continue to engage in illegal gambling operations and money laundering money-marking schemes that lead to threats of violence against anyone who stands in their way and has resulted in millions of dollars in profits to the Lucchese crime family,” stated United States Attorney Breon Peace. “These charges illustrate this Office’s continued commitment to rooting La Cosa Nostra out of New York.”

According to court documents, Villani allegedly oversaw a large-scale illegal gambling business called Rhino Sports, which was in business from at least 2004 through December 2020. During this time, the business was allegedly hosted online using offshore servers in Costa Rica and employed local bookmakers to pay and collect winnings in cash.

Records from the Rhino Sports website allegedly indicated that Villani’s gambling operation regularly took bets from between 400 and 1,300 bettors each week, most of whom were based in New York City and the metropolitan area, and the bookmakers allegedly regularly included members and associates of the Lucchese crime family and other La Cosa Nostra families.

Charges say that Villani allegedly employed Tucci and Filizzola as runners to assist in operating the business and received over $1 million annually from the business. Law enforcement searches in December 2020 allegedly uncovered $407,000 in cash from one of Villani’s residences, as well as brass knuckles and gambling ledgers.

Villani has been charged with racketeering in connection with the alleged participation in various criminal schemes, including illegal gambling, money laundering and attempted extortion. Regarding the money laundering charge, Villani and Filizzola allegedly used gambling proceeds to U.S. Postal Service money orders disguised as rent payments to a property owned by Villani. For the extortion charge, Villani allegedly attempted to extort an individual identified as John Doe between April and October 2020, telling him “I’m telling you right now, you don’t get this money – [expletive] run away.”

“Members of the mafia are not giving up the tried and true methods of criminal behavior, even in the face of the burgeoning world of legal gambling. As we allege, a Lucchese soldier and other family members ran an illegal gambling operation and offered their clientele the same twisted customer service: do what they say or face terrifying consequences. One thing these criminals can bet on – the FBI will continue our pursuit,” stated Assistant Director-in-Charge Michael J. Driscoll. 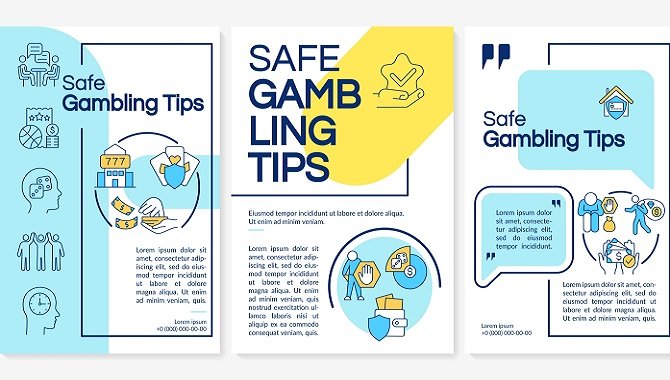 From 'wise guys' in barrooms to flat screens and apps, how Kansas gambling has evolved

In the first 10 days of legal sports betting in Kansas, people made almost $40 million in bets. The state's share of the revenue is $23,335. Lottery expects the take to get bigger as promotional free plays and credits dry up and cash takes their place. In the majority of major cities, especially from Kansas City east, the mob used to control the sports booking. Now, illegal gambling in the city is largely a thing of past. In June, Missouri State Highway Patrol discovered what it described as casino-style slot machines in a gas station in southwest Missouri.
Lottery ・ 11 days

Rhino Sports was accused of operating an illegal online gambling business under the protection of the Lucchese organized crime family.
Gambling Sites ・ 19 days

Five defendants were charged with operating an offshore gambling operation for sports bets for over 15 years. Lucchese crime family member Anthony Villani made $1 million annually from the business. The website’s servers were hosted in Costa Rica and used by 400-1,300 bettors each week. Local bookmakers are accused of facilitating payoffs and collections for bets in cash. Law enforcement seized $407,000, ledgers and brass knuckles from Mr. Villana's residence.
Incidents ・ 20 days

Yosef Yitzchak Beshari and Efraim Journo pleaded guilty today to operating an illegal gambling business and conspiring to launder money. They are scheduled to be sentenced on June 27, 2022. Gal Yifrach, 35, and Nick Shkolnik, 39, are also charged with operating a gambling company. Shalom Ifrah, 32, is charged in a money laundering case. The case is the product of an investigation by the Federal Bureau of Investigation and the California Department of Justice – Bureau on Gambling Control.
Law ・ 22 March 2022

Vincent DelGiudice was the leader of an illegal sports betting operation in Chicago, Illinois. He was sentenced to 18 months in prison and ordered to pay a $3.5 million money judgment.
Sports ・ 10 March 2022

Angelo Repoli and Sergio Moltisanti provided usernames and passwords to Maltese-registered gaming websites as part of a multi-million-euro illegal undertaking. They were arrested last week in Palermo and placed under house arrest.
Gaming Authorities ・ 24 November 2021

Salim Prodhan is accused of illegally amassing Tk 57.79 crore illegally and laundering about TK 22 crore to Thailand and the USA. He was arrested from a Bangkok-bound Thai Airways flight at Dhaka airport on September 30, 2019. His three associates were also arrested. Three more cases including narcotics are pending with different courts in Dhakal.
Incidents ・ 31 October 2021

This week there were numerous raids of illegal gambling operations across the United States.
Incidents ・ 24 October 2021