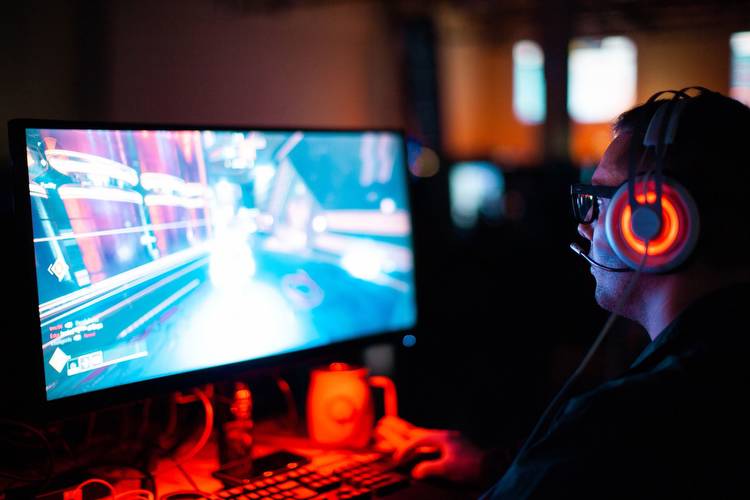 Few things get as many heads turning as sensational TV shows. Almost all of us have at least one favourite show – although there are several most likely – that we love to quote, enthuse or rant about, and binge-watch whenever we get the time.

On the other hand, online pokies, as the most famous category of real money casino games, populate gambling websites by the thousands, and each is better than the previous one. A rising genre of online slots that’s been getting a lot of attention lately is branded slots or online pokies made after the most popular music bands, movies, and TV shows.

Let’s see which TV shows would have entered the Online Slot Hall of Fame, if such a thing existed.

When it comes to branded pokies, the players’ options are virtually limitless. Sure, there is a finite number of branded games, but the category is so popular that companies keep expanding it with new releases every month.

Here are the five most popular branded online slots based on iconic TV shows.

The Mother of Dragon remains very much alive in the Game of Thrones online slot made by Microgaming. This company is one of the largest online slot companies in the entire industry, and its experience extends over decades of work. The slot in question was announced in 2014, just when the fourth season of the show was airing on HBO.

The slot has many recognizable slot features often seen in Microgaming releases – free spins, wilds, and scatters included. Arguably the best part of the game is the four-option Free Spins mode where players pick between four different Free Spins options. Some have more spins but fewer features, while others offer fewer spins but a true bonanza of modifiers that affect the gameplay.

There’s no rest for the wicked, especially in the NetEnt online slot Narcos. The video pokie slot shares the name with the hit Netflix series about the kingpin Pablo Escobar and his Medellin cartel. The show proved to be a raging success across the globe, mostly because it doesn’t shy away from showing the true horrors of cartel wars in Mexico and Colombia. The series graced the screens for two seasons before Netflix decided to upgrade it with a Narcos: Mexico sequel.

The pokie slot, however, focuses on the Colombian story mostly. Fan-favourite characters appear in the game, along with a flurry of features that include three types of wilds, multipliers, and free spins. Fans of true crime documentaries and the Narcos show should give it a try.

Pickle Rick! The crazy scientist and his anxiety-ridden grandson/sidekick are back again in the Ricky and Morty Megaways slot made by Blueprint Gaming. The action duo is ready to go on new adventures, and all players need to do to join them is open the Blueprint slot. That’s it, no other questions asked.

Inside the game, players are welcomed into one version of Rick’s reality where Megaways generate massive winning lines and win. The game uses the Megaways mechanic that Blueprint licences from Big Time Gaming. It’s a game with multiple boosters, great payout potential, and solid technicalities making it a perfect slot for Rick and Morty fans. Also, did we mention Pickle Rick Free Spins boosted with an Unlimited Multiplier?

We are days away from finally seeing the sixth and final season of the Peaky Blinders show. The Shelby family, one of the ruling crime families from Birmingham, has millions of fans, and they all have high expectations from the new season. As we mentally prepare to say goodbye to Tommy, Arthur, and their companions, fans of online pokies have found a way to cope with Shelby’s family withdrawals – playing Peaky Blinders slots online.

At the moment, the Pragmatic Play Peaky Blinders online slot is a work of art that’s soon going to be joined by a sequel. The Peaky Blinders 2 slot is in the making, and it seems it will arrive just in time with the end of the final season. For all those who cannot bear to part with the Shelby gang, these pokies will be a perfect way to keep them around.

The pandemic forced the world to shut down, and so many of us were stuck at home. The whole year of 2020 – and 2021, to an extent – was just one long session of Netflix & chill, and guess what became everybody’s obsession? Tiger King.

The story of Joe Exotic, his big wild cats, and archnemesis Carole Baskin was truly a wild one – and it’s not a surprise that many works have gotten a reference of the documentary within the first month of its release. Red Tiger, one of the biggest gaming companies in the world, launched a new slot titled Joe Exotic which focuses mostly on the eccentric zoo owner. The exuberant pokie slot boasts an equally wild motto: “Get insane, get paid”. No other explanation is necessary, the story pretty much writes itself.

Netflix announces Kingdom: The Blood game based on popular show

#Wildcoins Casino 🤑25 Free Spins for followers! #WildCoinsCasino gifts your first deposits twofold up to 1Bitcoin,+ 300 spins while you're able to pay in the initial deposit amount. The only thing needed to claim the bonus is a code sorted as “wild1.”

Spinoverse #Casino No Deposit Bonus Codes 60 FREE Spins! SpinOverse is offering 60 #freespins on the popular #slotmachine Asgard Deluxe. Players will receive these free spins when they sign up at the site.

the best slots based on the TV series

The best slots at PayPal casinos are inspired by TV shows and TV series.
Movies ・ 13 days

The tradition of music-themed slots and specialized audio soundtracks has spilt over and continued in the online slot scene. The tempo, genre and style of the music used in slots is carefully considered as it has a direct influence on the player’s mood and subconscious mind.
Movies ・ 17 days

Red Tiger launches a new slot game based on the TV series "Narcos Mexico". It's the second game created by the team at NetEnt. The maximum possible total multiplier available stands at 10,500x. The game has a high volatility and players can take on cartels with Cartel Wars. They can exchange 100x their stake for three Cartels Spins with Win Exchange. It is a spin wheel game with a spinning wheel.
Industry ・ 30 April 2022

There are a lot of great TV shows and slot machine games. Online casinos offer a variety of games for TV and gaming fans. Skycitycasino.com has a great selection of slots.  The list includes some of the best slots for television fans and everyone else.
Movies ・ 27 April 2022

Red Tiger, one of Evolution's brands, has announced the launch of a new slot inspired by TV series.
Movies ・ 24 March 2022

Red Tiger has launched a new slot based on the hit American TV series Narcos: Mexico. The game features all the thrills and drama from the companion series to the Netflix series. Players can take on cartels with Cartel Wars. Evolution AB shares were trading 0.69% higher at SEK1,056.80 per share in Stockholm on Thursday morning. It is Evolution's second Narcs game. Its first game was done by the team at NetEnt.
Movies ・ 24 March 2022

Red Tiger launches Narcos Mexico Slot. It's the second Narcs game created by Evolutionsaid and NetEnt. The maximum possible total multiplier available stands at 10,500x. Players can exchange 100x their stake for three Cartel Spins with Win Exchange. The chance of winning the gamble is shown through a spinning wheel. the bigger the green segments, the higher their chance to win. They can play the game until the end of the session.
Industry ・ 24 March 2022

Red Tiger releases slot inspired by hit series Narcos Mexico. The studio invites players to enter "a world of fast money and dangerous vices" with several gameplay features designed to simulate the series' dramatic heights. The central element of Red Tiger’s new release is a high volatility mode entitled “Cartel Wars” where players can ‘take on the cartels‘ and see their stake multiplied. Branded slots are an opportunity to acquire more casual players who, while not regular gamblers, may be fans of the IP.
Movies ・ 24 March 2022

Blueprint Gaming has partnered with Betsson Group brand StarCasinù in Italy. The company will make its full portfolio of games available to the online casino operator.
Industry ・ 22 December 2021

Rick and Morty has been added to Blueprint Gaming’s Jackpot King series. The progressive jackpot system has added a new feature to the game. Players have the opportunity to win big by scooping the main Jackpots or claiming the Royal or Regal pots.
Winnings ・ 26 August 2021

Blueprint Gaming has struck a deal with Rootz to bring Megaways and branded slots live with the company's online casinos.
Industry ・ 24 August 2021

Microgaming created the first branded online slot in 2004. Today there are over 100s of branded slots online. The Goonies, Game of Thrones, Ted, Jumanji, Spinal Tap, Guns N’ Roses, Jurassic Park, The Naked Gun, Subbuteo, Narcos, Rick and Morty and Monopoly Megaways are some of the popular ones. The games are worth playing in most cases. They are not just for the sake of branding. Some games, like Game. of. Thrones don't offer much beyond the symbols and imagery of one of popular tv shows in history.
Games ・ 28 July 2021

Pragmatic Play presents its newest slot game named Empty the Bank. The game is inspired by dramatized bank raids of the Swinging Sixties. It has 20 paylines and the potential of winning 10,000x of your stake.
Blackjack ・ 02 July 2021

This year has seen a lot of new slot machines released. 2020 has proven that new games can be just as fun and rewarding as old ones.
Bonuses ・ 19 January 2021

What’s new in the world of Slots?

There are a lot of Slots available in online casinos. We take you through some of the latest Slabs available to play from the comfort of your own home.
Bonuses ・ 19 January 2021