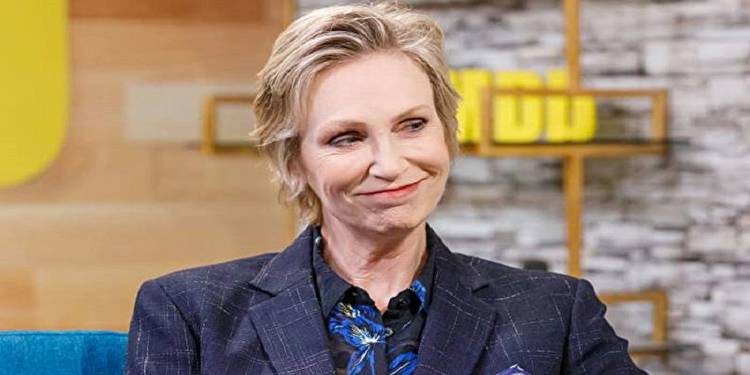 The partnership also allows players to unlock new Jane Lynch collectible badges as they play their way through the game, and they can exchange loyalty points for exclusive Jane Lynch merchandise, includingher celebrated holiday album, A Swingin’ Little Christmas, along with other treats through the myVIP loyalty program. Additionally, players can use their loyalty points to direct charitable contributions to Direct Relief, one of the organizations that Lynch supports that provides emergency medical assistance and disaster relief in the United States and internationally.

“As a celebrated entertainer and comedian, Jane Lynch’s outsized personality makes her a natural-born Bingo caller,” says PLAYSTUDIOS Founder, Chairman, and Chief Executive Officer Andrew Pascal. “We knew she’d be an excellent addition to our game because you never know what she’s going to say, you just know it’s going to be hilarious.

“We’re incredibly proud to have her join our PLAYSTUDIOS family as the first celebrity face of our myVEGAS Bingo app.It was a blast collaborating with the team at PLAYSTUDIOS on their newest mobile app and a fun way to support one of the charitable organizations that I work with. And hey, should this acting thing dry up, I could absolutely see a bright future for myself working the Sunbelt Bingo circuit,” commented Lynch.

Lynch, who recorded nearly four hours of dialogue for myVEGAS Bingo, is best known for her Emmy Award, Screen Actors Guild Award, and Golden Globe winning portrayal of Sue Sylvester on Glee. She is currently the host of Weakest Link and two-time Emmy Award-winning host of NBC’s Hollywood Game Night. Additional television credits include The Marvelous Mrs. Maisel, Criminal Minds, Party Down, and Two And A Half Men. Lynch’s film credits include The Three Stooges, The 40-Year-Old Virgin, Role Models, Julie & Julia, A Mighty Wind, and Best in Show. Her holiday album, A Swingin’ Little Christmas, is available from iTunes, Amazon, and other outlets.

myVEGAS Bingo expands the universe of virtual gameplay and real-world rewards first introduced in PLAYSTUDIOS’ award-winning myVEGAS franchise, with all-new multiplayer social experiences, daily challenges, and an expanded catalog of rewards from a global portfolio of hospitality, entertainment, travel, and leisure brands. As players play their way up and down the virtual Las Vegas Strip, they earn loyalty points that can be redeemed for everything from hotel rooms to food and beverage rewards, exclusive experiences, sought after swag, and more.

Summer of Slots is back after a two-year hiatus. Playstudios invites players to join the VIP team for in-person parties featuring games, giveaways and more. The events are meant to be a reunion and introduction to players that haven't yet had the chance to come to the parties.
Mobile ・ 21 June 2022

Summer of Slots is back after a two-year hiatus. Playstudios invites players to join the VIP team for in-person parties featuring games, giveaways and more. PlaySTUDIOS is the developer of award-winning free-to-play mobile apps and the playAWARDS loyalty marketing platform.
Mobile ・ 22 June 2022

playAWARDS partners with Lighthouse Immersive to bring exclusive rewards to its portfolio of reward partners. Players of PLAYSTUDIOS mobile apps can exchange loyalty points earned during free gameplay for tickets to Imm immersive Van Gogh exhibit on the Las Vegas Strip. L lighthouse Immersion is the creative force behind the Immersed Van Goh exhibit that showcases the works of Vincent van Gogn. PLAYstUDiOS apps are available to download free on iOS, Android, Kindle and .
Industry ・ 02 May 2022

Players of PLAYSTUDIOS apps can redeem loyalty points for at-home wellness rewards and enter to win a MIRROR interactive home gym. The catalog of rewards is available exclusively to VIP loyalty members. Five winners will be chosen at the end of the sweepstakes. The rewards can be accessed via the Rewards store on PLAYstudios mobile apps. They are available to download free on iOS, Android, Kindle, and Kingdom Boss.
New Year ・ 12 January 2022

Panda's Gong and Plinko Tower are new games for POP! Slots app. PLAYSTUDIOS is a developer of free-to-play mobile and social games. PLAYstudios games include the iconic Tetris franchise for mobile devices. Players can convert loyalty points earned during free gameplay for real-world rewards from more than 275 celebrated entertainment, travel, leisure, and lifestyle brands. The app is available to download free on iOS, Android, Kindle, and in time for the holidays.
Mobile ・ 15 December 2021

Jane Lynch is the first celebrity face of PLAYSTUDIOS' new free-to-play myVEGAS Bingo mobile app. She will begin her limited run as the game's first Celebrity Caller on September 15th. The game allows players to unlock new collectible badges and exchange loyalty points for exclusive Jane Lynch merchandise. Players can also make charitable contributions to Direct Relief. Jane is best known for her Emmy Award-winning role on Glee and as Sue Sylvester on "The Weakest Link". She is also the host of "Hollywood Game Night".
Bingo ・ 16 September 2021