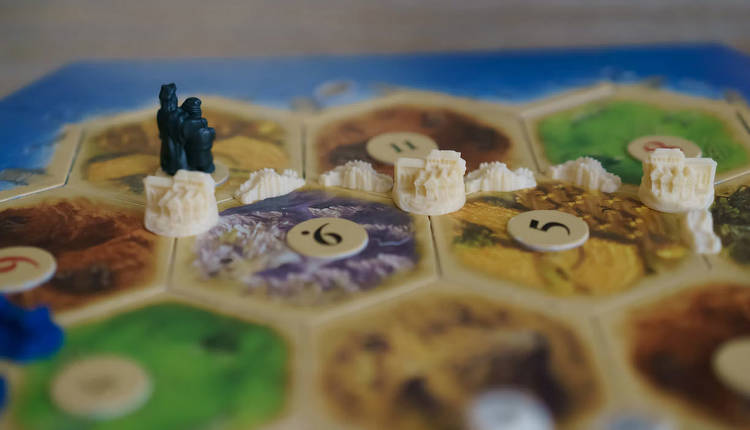 Creating virtual experiences of all kinds has been a major trend in recent years. Now, even traditional pastimes that have been with us for decades if not centuries are also transcending into the virtual realm. As modern life and globalization make it harder for people to come together around one table to play traditional games such as cards and board games, technological innovations are creating new ways to play. These three technologies are shaping the future of tabletop games.

Technological advancements, increasing internet speeds, and the ubiquitous smartphone make it easier for people around the globe to connect in real-time and be face-to-face virtually via video calls or live streams. This enables new ways to get together to play classic games. The virtual meeting software provider Zoom and video call giant Skype allow users to play all kinds of games via video. For instance, Zoom has a large library of game apps on offer that can be played directly within the video chat, including card games, a dice game, and Trivia.

You can also find a vast variety of digital versions of game classics online. Through apps and online platforms, all kinds of games have been made available in digital format. From chess and Monopoly to Crazy Eights and Exploding Kittens all the way to blackjack and poker. Players can play these digitally with others and connect via a video call simultaneously for an interactive shared experience. Providers of online casino games are also taking advantage of these technologies to offer traditional games in a modern way for players from around the globe. There are many online platforms available to play on, with experts reviewing and rating providers on casino reviewz for players from specific regions. The best-rated ones don’t just offer a large game library of digital casino games such as slots and table games, but also include a live casino. Players connect with a real dealer via a live stream and can play table games such as blackjack in an innovative and immersive way. As such, live video connects players and game providers to create new experiences for classic games.

Augmented Reality (AR) breaks down barriers between the digital and physical worlds, allowing for digital elements to spill into our real surroundings. Using smartphones or tablets, players can project tabletop games onto their real tables and make it appear as if the game was really in their kitchen. Pokémon GO was the game that made AR gaming popular around the globe, making the collectible card game playable through AR. However, many other classic games have found their way into AR apps, with games such as AR Catan and AR Chess making the boards of these popular strategy games appear digitally on any real surface.

Providers such as ardentroleplay bring the classic pen-and-paper tabletop RPGs to life using AR. Both when playing face-to-face and online, AR can project miniatures, scenery, animations, and more onto a physical surface through smartphones and tablets. AR entertainment company Tilt Five is taking this to the next level by using AR glasses to create tabletop holograms of the renowned strategy game Catan. Players can experience the holographic worlds of Catan at the same table, remotely, or with AI opponents to play the classic game like never before.

The ultimate innovative way to experience tabletop games is via virtual reality (VR). VR lets players step into the third dimension to experience all kinds of games and experiences with a new level of immersion. Many tabletop games can now be played in VR, letting players gather around a virtual table with friends and other players. The number one software available on steampowered is the Tabletop Simulator. Users can play all kinds of tabletop games in VR, from chess and dominoes to poker and Mahjong. You can even create customized games and rules for endless tabletop game options.

Strategy enthusiasts can also jump into a round of Catan fully immersed in VR and enjoy a lifelike Catan experience with friends. For a truly immersive role-playing experience, the VR game Demeo is a great option that makes the classic tabletop RPG come to life in the virtual realm, including dice throws, cards, miniatures, and much more.

Technological advancements allow for the creation of new ways to play classic tabletop games. Innovations through live video, AR, and VR are shaping the future of game nights, breaking down geographical and technical barriers, and making classic games playable in the virtual realm.

Augmented reality is revolutionizing the gaming industry in India. The gaming sector has expanded since the introduction of Android by Google. The goal of developers of technological solutions is to enhance the user experience. When creating a gaming app, a competent mobile game developer understands how to optimize the experience and maximize the advantages of augmented reality for games.
Industry ・ 02 September 2022

India is moving towards becoming one of the largest iGaming markets in the world. Bigwinner.com offers a wide selection of premium quality online casino games. Online casino game platforms have developed and grown in many ways. They engage their players in a match that exercises your brain. Casino Roulette is one the most played online casinos games of current time. It has a technological breakthrough, ‘Live Feature’ used in online gambling. iGame players love games that have real money deals in them. Users prefer playing against their friends and not computer bots. This way they can play an absolute conquest.
Games ・ 13 June 2022

Online gaming has become one of the most popular activities in home entertainment. Traditional Indian card games have been adapted into digital environments. They have spawned virtual rooms and themed versions of classic titles.
Live Gambling ・ 23 May 2022

Why is iGaming Such a Popular Genre?

The gaming industry in 2021 is at an all-time high. It welcomes 500 million new companies and accrues a value of over €250 billion. Some segments of the industry are leading the way in terms of global popularity.
Payment Methods ・ 19 May 2022

How to Throw a Virtual Game Night This Weekend

It's easy and fun to set up a virtual game night. If you can't meet in person with friends, we will show you how to throw a game weekend this weekend.
Baccarat ・ 18 May 2022

How new technologies are shaping the online casino industry

The web business has altered the consumer experience in ways that we could not have predicted only a few years ago. Gaming is one of the fastest growing online sectors.
Industry ・ 26 April 2022

5 Technologies That Will Innovate Online Gambling In 2022

The gaming business is seeing massive technical developments. People are switching from traditional casinos to free slots and top online casino bonuses in Australia. Many betting websites are utilising technology to make gambling simple, secure and comfortable. There are plenty of virtual casinos where people gamble with crypto coins. VR and AR games are introduced to give a fantastic experience to players. The introduction of the blockchain sector and digital coins in gambling helps initiate many people’s interests. It is not easy to hack a digital wallet and loot the coin from the account. Anyone can own cryptocurrencies to enter the gambling industry and win many exciting prizes with ease.
Innovation ・ 08 February 2022

Why do live casinos continue to dominate the market

The internet has changed the entertainment industry. Casino games have always been a part of that. They were developed for the online market. They are now developed specifically for online markets. Live casinos continue to dominate the market, despite the technological revolution. The internet allows for on-demand activity and the opportunity to interact remotely with various media.
Live Gambling ・ 30 January 2022

Gaming is one of the fastest-growing industries in the world. Experts estimate its revenue to rise to $200 billion by 2023. From video games to online casino gambling, gaming has been revolutionised by technology.
Mobile ・ 27 January 2022

Gambling online is not new, but better optimization and continuous improvements by games providers have taken it to the next level. New online casinos reviewed at LeafletCasino have many technological innovations that are the best in the online casino industry and attract many customers.
Crypto ・ 30 November 2021

New emerging technologies are shaping the online gambling industry. Mobile games are easier to play and more mobile than ever. Online casino games have evolved rapidly over a short span. JackpotCity casino is a big name that incorporates the latest technological trends for the benefit of players.
Industry ・ 03 November 2021

Live Casinos have exploded in popularity in the online gambling sector. There are now dozens of different live casino games which players can try out. Live Casino games have their own set of casino table games, dealers, and styles.
Live Gambling ・ 18 September 2021

Technology’s impact on the future of online bingo

Technology has forever changed the way many industries operate. High-definitely the biggest change is within entertainment. Digital revolution has adapted a number of analog games and activities into digital forms. One of the most popular conversions has been bingo. Bingo in the UK can be played online. It can trace its roots back to 16th century Italy. The game took on the form it is today in early 20th Century America.
Bingo ・ 20 August 2021

The growth of Blackjack Online is changing how people are playing online. Mobile games provide portability and flourish with a unique appeal for convenience. The big console games offer an impressive pastime for all players.
Blackjack ・ 03 August 2021

5 Virtual Game Night Ideas That Everyone Will Love

The COVID 19 pandemic has changed the way people spend their time. Nowadays, organizing a game night is less complicated and more stressful. Here are 5 ideas that will help you organize a virtual game party.
Covid ・ 02 August 2021

How New Technology will Affect the Online casino experience

How new technology will affect the online casino experience is constantly evolving. Many online casinos have adopted new technologies, such as cryptocurrency, VR games, and more. Some experts believe that with the introduction of new IT developments, online gambling will become more exciting and convenient. Here are some of the technological changes that may affect gambling industry.
Crypto ・ 22 July 2021

Zoom has announced a partnership with social casino games developer FlowPlay to bring video games to the Zoom App Marketplace. The first game to be brought is Live Game Night Poker. It allows the host of a video call to compete in games of poker with 10 other people.
Industry ・ 26 July 2021

Play virtual bingo on May 21

The COVID-19 pandemic has changed the way people live their daily lives. People have turned to technology to stay connected while staying physically apart. Some of the top platforms and technological innovations have taken centre stage over the course of last year.
Covid ・ 02 February 2021

Online casinos are becoming more sociable and socitable. In this article we look at some of the features recently added to your favourite Online Casinos to make them more of a social event.
Industry ・ 19 January 2021

Tech Revolutionised Classic Games for Modern Players is a book written by Chris Bostrom. It's about adapting classic games to suit modern audiences. It is based on the book "Tech that's Revolutionized Classic games for modern players".
Mobile ・ 19 January 2021

Live dealer games are the hottest trend in online casinos. The action is controlled by a real-life dealer. There are 5 reasons why live dealer gaming is dominating the industry.
Top and Best ・ 07 October 2021