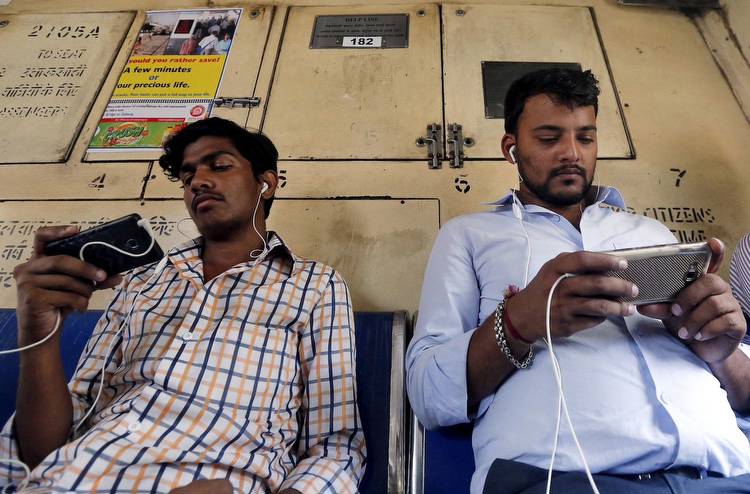 An Indian government panel said the country should create a regulatory body for online gaming to crack down on gambling and addiction.

The confidential draft report calls for the creation of a new regulatory body under India’s IT ministry to determine which online games qualify as games of skill and which are closer to chance-based gambling.

India needs a new federal online gaming law, it said, which will provide regulatory flexibility “with punishment provisions, along with blocking powers, for the government against prohibited gaming formats”.

The much-awaited report is seen as shaping the future of the mobile gaming industry in India, estimated to be worth $5 billion by 2025, from $1.5 billion this year. It comes amid rising concerns over gaming addiction and “inconsistent state laws” disrupting business.

Simply defining games has been contentious. India’s Supreme Court says the card game rummy and certain fantasy games are skill-based and legal, but at least one state court classified games such as poker as chance-based, or akin to gambling, which is banned in most states.

Though the panel considered only online skill games, and not gambling, which is handled by states, it noted that many offshore betting and gambling websites that are illegal in India have become popular among Indian users. The new legal framework would apply to both free and pay-to-play skill games.

“On the aspect of prohibiting games of chance being played online, the proposed Digital India Act can include it in the list of prohibited user harms that will not be permitted,” the report stated.

A senior government source said that although the federal government could classify chance-based games as harmful, it would let states make the final call on whether to allow gambling.

Endorsements by top Indian cricketers and other marketing efforts have boosted the appeal and investor interest of real money gaming apps. Dream11 commands a valuation of $8 billion, while Mobile Premier League is valued at $2.5 billion, PitchBook data shows. By 2021, there were 95 million paying gamers in India.

The government report noted that the proliferation of such games among the youth had led to addiction that often caused financial losses, with some reported cases of suicides.

The report calls for laws and rules to include so-called “de-addiction measures” such as periodic warnings and advisories and fixing deposit and withdrawal limits. It also calls for “responsible advertising”.

For online games such as fantasy cricket on Dream11, paid contests remain the popular attraction. Users can create their teams by paying as little as 14 rupees (17 US cents), with a total prize pool of 7 million rupees ($88,000) up for grabs by winners. The top ranking performer can take home 275,000 rupees ($3,462).

After receiving suggestions from India’s revenue department, the government panel stated that online gaming companies should be required to report any “suspicious transactions” to the government’s Financial Intelligence Unit.

- #India: panel recommends new regulator for online skill games The panel has suggested India should create a regulatory body to classify #onlinegames based on skill or chance. 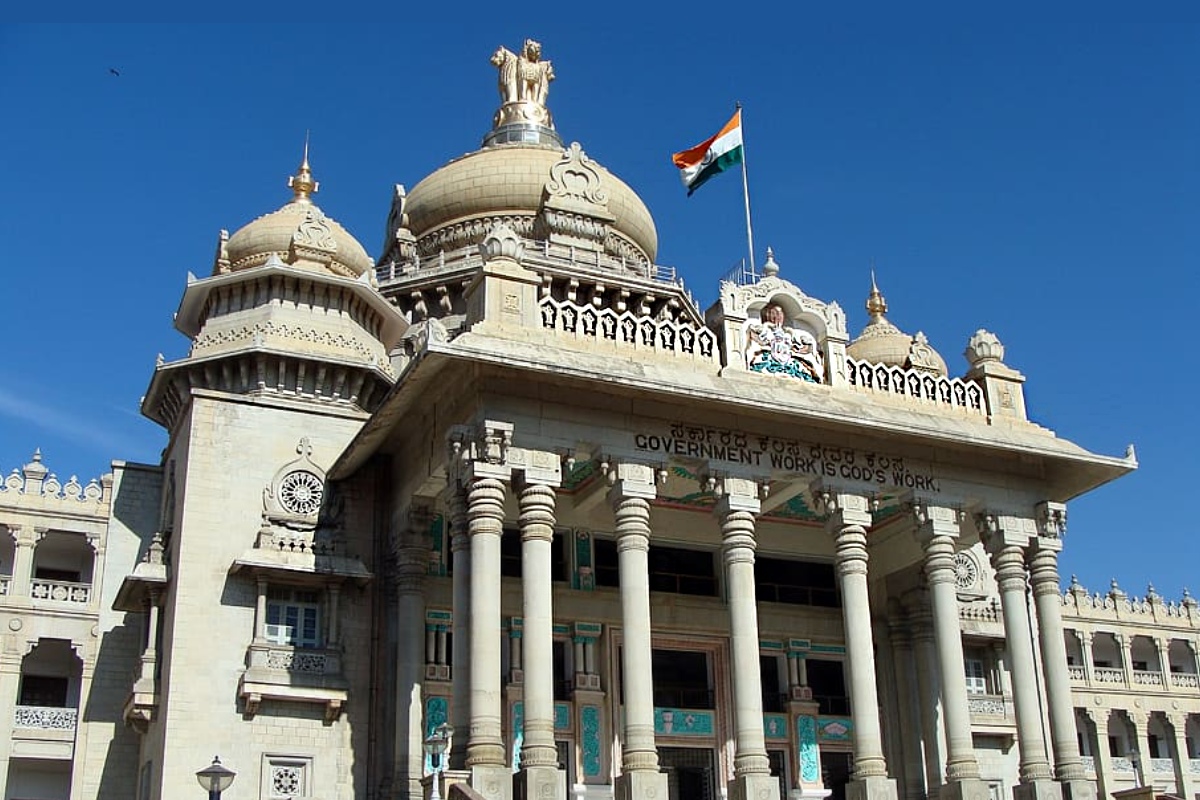 Indian group calls for a 50 rupee cap on online gambling entry fees. The proposal comes after a government panel called for the creation of a new regulatory body and recommended deposit and payment limits. Industry sources say such a move would affect the platforms' revenue and growth potential. Tiger Global and Sequoia Capital have invested in fantasy sports game providers Dream11, MPL and Games24X7. Dream 11 has a valuation of $8 billion, while MPl and Game24x7 are valued around $2.5 billion each.
Sports ・ 7 days

The report is seen as key to the future of India's mobile games industry. It is expected to reach $5 billion by 2025 from $1.5billion this year. Foreign investors have backed gambling startups Dream11 and Mobile Premier League. The report recommends creating a new regulatory body under India’s Information Technology Minister to determine which online games can be qualified as games of skill. There is also a need for a federal online gambling law. The IT minister will finalize the report after receiving further comments from the panel members. They include heads of revenue and sports ministries.
Law ・ 12 days

Report from a government panel says India needs a new federal online gaming law. It also recommends a body which will classify online games based on skill or chance. The report will be sent to the cabinet secretariat for approval. India's mobile gaming industry is expected to reach $5 billion by 2025. State governments are considering banning some games, such as rummy. Many offshore betting and gambling websites are popular in India. A senior government source said that although the federal government could classify chance-based games as harmful, it would let states make the final call on whether to allow gambling.
Law ・ 13 days

The Ministry of Information and Broadcasting has issued an advisory dated June 13, 2022 to print media, private satellite television channels and publishers of news and current affairs content on digital media to adhere to the Advertising Standards Council of India guidelines on advertisements of online betting and gaming platforms. The Indian Constitution states that gambling is a state subject. In a majority of states, online real-money gaming has been interpreted by Indian Courts to fall within the exception ‘game of skill’. Assam, Odisha, Telangana and Andhra Pradesh prohibit activities in relation to online gaming.
Industry ・ 29 June 2022

Delhi High Court issues notice to the Government of India and the Delhi Government on a petition to regulate online gaming. The case has been scheduled for hearing on November 16. It is also scheduled to hear Writ Petition 9436/2020. The petition asks for a writ of mandamus to take the required steps to construct a regulatory body to govern online games. Also, it demands appropriate action against Cricket Millionaire Pvt. Ltd. which allegedly promotes gambling through games such as Cricket millionaire.
Law ・ 26 May 2022

There is no proposal to include online gaming under the category of gambling, according to Rajeev Chandrasekhar, Minister of State for Electronics and Information Technology. The ministry does not have precise details about the market size of online games in India. All forms of betting and gambling are under state governments' jurisdiction.
Politics ・ 14 February 2022

There was a rise in viewing hours and mobile device screen time during the restrictions in the last two years. 43 million people in India spent time on online and virtual gaming platforms. The online gaming market saw an increase of Rs 60 billion (just under 800 million US dollars) in 2021. Online fantasy sports and online gambling within India are illegal.
Law ・ 14 February 2022

Overview of the Online Gambling Business in India

Gambling is legal in Goa, Sikkim, Maharashtra, Andhra Pradesh, Telangana, and Karnataka, but illegal in other states. About 750 million of the Indian population are internet users. Half of them are under 25. Most of these are online and more into mobile gambling. There are 5.6 billion mobile gaming apps in India in 2019. Indian casino games are divided into games of chance and games with skill. Sports betting is a huge business in the country. It's driven by cricket. The constitution mandates the states to set their own laws regarding gambling, so it's difficult to regulate it.
Industry ・ 25 November 2021