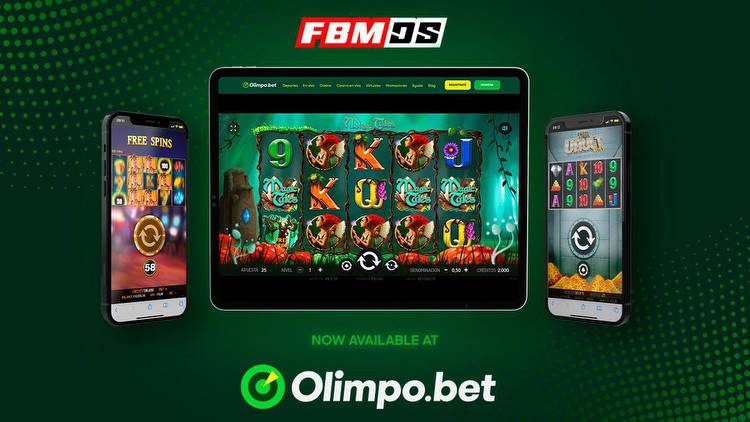 iGaming content providerFBMDSannounced Monday it is enteringthe Peruvian market after closing a deal with operator Olimpo.bet. The agreement has "immediate impacts" and FBMDS is already live with some of its online casino games.

Right now, there are 8 FBMDS games available at the online casino. But the agreement between both parties calls for a phased launch, with new FBMDS products available for players of Olimpo.bet to try every two weeks. Eventually, the company will offer all its online bingo, slots and table games through the site.

The deal with Olimpo.bet "creates new expansion opportunities in the online casino gaming universe," while also expanding the company's influence in South America, FBMDS stated. In the end, Peruvian players will access more than 62 online casino games in a diverse portfolio that includes titles such as Power Pick Lotto, Cash O'Clock, and The Vault Heist.

FMBDS officials stated: “The partnership celebrated with Olimpo.bet is a gateway to the Peruvian market and is totally aligned with the FBMDS corporate and expansion goalsdefined for the Latin American region. We are very happy after signing an agreement with such a relevant operator from Peru and also excited with the growth possibilities that this partnership unveils."

The announcement marks another expansion landmark for the company in Latin America, and builds upon other deals in the region. In late June, the company took its iGaming content live with Brazilian operator Amuletobet, with a list of products that includes video bingos, slots and table games.

🚨NEWS🚨 Igaming developer @Stakelogic has secured an agreement with @Videoslotscom, taking its slot content to another corner of the Italian market via the operator’s casino platform.

🚨NEWS🚨 @RedRakeGaming has inked a distribution agreement with Cbet, bringing its igaming offerings to what it had hailed as ‘one of the largest casinos’ in the LatAm region

Pragmatic Play has signed a deal with Peruvian operator Tinbet for three of its verticals. TinBet's customers will benefit from Pragmatic Play's slots, Live Casino and Virtual Sports content. The provider is expanding its presence in Latin America. It is always great to receive recognition for its diverse collection of products.
Sports ・ 6 days
Gambling Insider

Pragmatic Play has entered into an agreement with Peruvian operator Tinbet for three of its main verticals. TinBet customers will benefit from Pragmatik's leading slots, live casino and virtual sports content. The deal provides a boost to Pratik’s presence in Peru. It is the latest expansion into Latin America for the provider. It has enjoyed steady growth across the region since establishing operations in the area. Pritik currently produces up to seven new slot titles per month and offers Live Casino and Bingo games as part of a multi-product portfolio.
Industry ・ 7 days
Gambling News

Pragmatic Play and Tinbet have signed a deal to bring iGaming content to Peru. TinBet customers will get award-winning games such as Gates of Olympus and Sugar Rush. Pragmatic Play's live casino games will be available, as well as its virtual sports titles. The deal will bring popular slots such. as Shield of Sparta and Gems of Serengeti, and a wide array of Pragsmatic’s live casinos games including Mega Wheel and Sweet Bonanza CandyLand.
Sports ・ 8 days
Super Slots Casino

Pragmatic Play partners up with Tinbet and LiveScore Bet

Pragmatic Play has entered into a multi-vertical agreement with Peruvian operator Bonanza.club. Pragmatik will deliver Slots, Live Casino, Virtual Sports and Bingo to the operator. Bonza. club will offer Bingos, live casinos and virtual sports. Peru is a key market for Pragsmatic. Play. It produces up to seven new slot titles per month. Cesar Talavera, Digital Business Manager at Bonaza. Club, said Praggmatic's reputation in Peru is second to none.
Industry ・ 17 October 2022
Yogonet

Pragmatic Play has signed a deal with Peruvian operator Atlantis Games. The provider will deliver three verticals to local customers. They include slot machines, live casino products and virtual sports content. The deal marks the latest expansion in Latin America for Pragmatic Play. It has enjoyed consistent growth across the region. Its ability to efficiently deliver multiple high-quality verticalS sets it apart from competing businesses in a congested space.
Industry ・ 12 October 2022
Casino Reports

Pragmatic Play has signed a partnership agreement with the Peruvian casino operator Atlantis Games. The studio has been supplying the casino industry with digital games for several years. It offers Live Casino and Bingo products and innovative slots.
Sports ・ 11 October 2022
Yogonet

Pragmatic Play has expanded its footprint in Argentina through a new content partnership with Bplay in Buenos Aires Province. B play players will have access to Pragmatic Play's slots portfolio, which includes titles such as Gates of Olympus.
Bingo ・ 03 October 2022
Yogonet

Pragmatic Play has signed a multi-product deal with Sysgaming. SYSgaming's customers will have access to Pragmatic Play's slots, Live Casino products and Virtual Sports content. It follows a string of recent deals that have cemented Pragsmatic play's status in Latin America.
Sports ・ 26 September 2022

FBMDS and Oryx Gaming have signed a global partnership to expand their presence in strategic markets. FBM Digital Systems will supply its portfolio of innovative online content to ORYX's aggregation platform, Oyx Hub. OYX Gaming is a leading full turnkey provider of an omnichannel player account management platform. It provides proprietary, exclusive and aggregated content and managed operational and marketing services. The deal with Oyrx signals a new chapter of growth for F BMDS. They started offering online games in 2021.
Finance ・ 29 March 2022
Yogonet

FBMDS and Oryx Gaming have signed a global partnership to expand their presence in strategic markets. FBM DS will supply its portfolio of online content to ORYX’s aggregation platform - OYX Hub. The games will be made available via Oyx”s advanced content aggregator platform with significant operator reach. The innovative features of F BMDS“s slots, the premium, multi-card video bingo games and the fast-paced customized table games in its portfolios will boost the diversity of its offering.
Strategy Guide ・ 29 March 2022
News Update

FBMDS has signed a deal with EveryMatrix. Every Matrix will integrate FBM's video bingo, slots, and table games into its casino platform. The collaboration will expand F BMDS' reach in the iGaming scene. The new features of the slots games, the multi-card video Bingo games and successful customized products will be available for different profiles of players enjoying their gaming experiences in different continents. Bragg’s ORYX Gaming Welcomes Blue Guru Games as New RGS Partner.
Games ・ 07 February 2022

FBM Digital Systems is entering the Spanish online gaming market by signing a partnership with Tecnalis. The company will upload a diverse portfolio of more than 30 titles to platform Alira. FBMDS intends to boost its operations in Spain. TecNalis is a software company that has become the leader in the market. It has plans to establish itself in Latin America. It updates its platform every five weeks. Its Aliras is updated every 5 weeks to introduce continuous improvements to its features. This update is in response to new requests from operators. According to the company, the deal signed is just one step in a long-term plan that aims to make FMBDS one of the references within the Spain market and to promote its games.
Industry ・ 23 September 2021

Pragmatic Play has launched various verticals in Peru with Apuesta Total. Peruvian gamers will get access to the Live Casino, and titles of Virtual Sports offered by the service. Pragmatic Play continues to secure multi-product partnerships across Latin America. The company produces up to five different titles and new slots every month. It also offers Live Casinos and Virtual sports games as part of their multi product services accessible via a single API.
Sports ・ 22 September 2021
World Casino News

iSoftBet has signed a content agreement with Universal Soft. UniversalSoft is active in Peru since 2017. iSoftbet has clients in Colombia, Chile, Ecuador, Brazil, Peru and Panama.
Industry ・ 16 August 2021 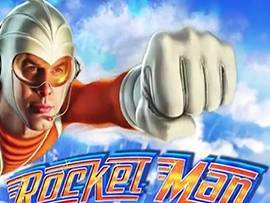