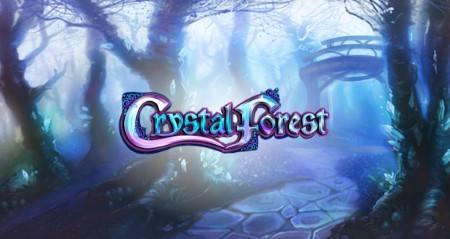 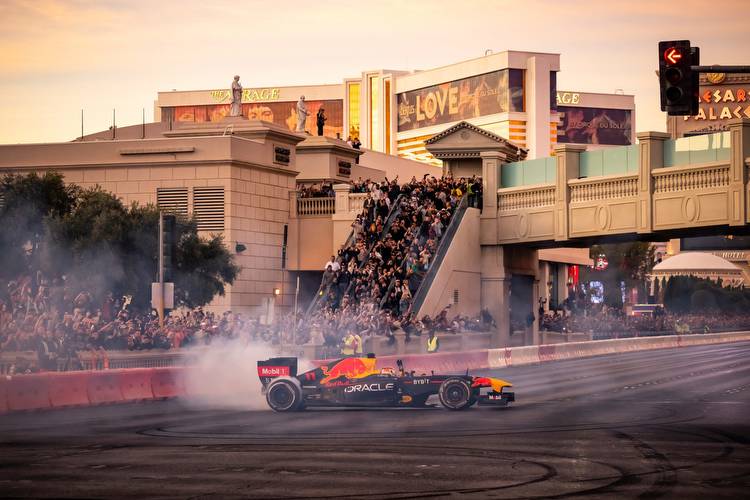 Sin City returns to Formula 1 after 40 years. With the 2023 Las Vegas Grand Prix, the US adds a third race this season.

In 2023, Las Vegas will be the third Grand Prix to be held in the USA, alongside races in Miami, FL and Austin, TX. The interest in Formula 1 in the USA seems to be higher than ever, thanks to social media and improved marketing of the sport. Drive to Survive definitely had a huge impact on spreading the sport in America.

After the Miami Grand Prix was a huge success for Formula 1, it was clear: Las Vegas would be the next step. The idea is that Las Vegas could be the next Monaco. With its spectacular ride down the Las Vegas Strip with famous hotels like Caesars Palace and the Bellagio, the city is an absolute showcase piece at night. Therefore it was obvious – Vegas would be a night race.

Despite Las Vegas being probably the most glamorous race ever, fans have a lot of controversial thoughts on a 3rd Grand Prix in America.

In 1981 and 1982, Formula 1 raced in Las Vegas. The “E” shaped track was built in a parking lot behind the Caesars Palace hotel. Looking back, the circuit was not entertaining and had many problems. The track was not popular and was deemed boring by both the drivers and the fans. Therefore, the race would only attract tiny crowds, meaning the profit was almost non-existing both for F1 and the Vegas casino. Former racing driver John Watson stated:

“You had this totally flat ground and three-foot high concrete barriers so you had very little sense of reference points. It was probably the least appealing Grand Prix circuit I think I’ve ever raced on.”

Due to the boring layout, the Caesars Palace Grand Prix Circuit was eventually removed from the race calendar after the 1982 season.

In 2023, Las Vegas will finally return to F1 and with it a far more exciting layout than the previous iteration. The new track will be 6.12 kilometers long and consist of 17 corners, three main straights, and two DRS zones. Drivers are expected to reach a speed of up to 212 mph / 324 kph.

For the first time since the 1985 South African Grand Prix at Kyalami, an F1 Grand Prix will take place on a Saturday rather than a Sunday. It will be the fourth night race of the year, taking full advantage of the lights along the famous Las Vegas Strip. As a result of the Saturday race, the FIA has revealed a very unusual and unique schedule.

The Grand Prix will end around midnight local time. And while the race will take advantage of Saturday night on the Vegas Strip, it’s not ideal for the US market and TV figures. The Grand Prix will start at midnight on the East Coast, concluding around 2 am in the morning. But the late time does allow the European market to watch the race live, even if they will have to wake up early and experience how the majority of the American market experiences most F1 races. 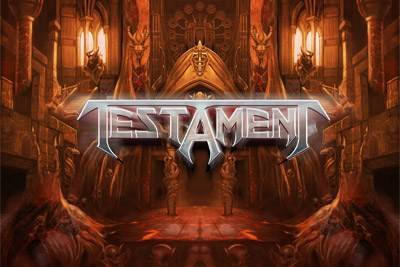 The '$5 million GP ticket': Why Las Vegas is raising the stakes on F1 tour packages

Wynn LV is one of the founding partners of Las Vegas Grand Prix. It has offered a $1 million all-access package for six people. Caesars Palace resort has announced a package worth $5 million for the same weekend. The package includes five nights in a three-bedroom villa and a terrace to which 75 people can be invited to watch the action. There are also 12 Paddock Club tickets, dinner for a dozen from a celebrity chef and an invitation to a performance by singer Adele.
Land-based ・ 28 December 2022
formula1news.co.uk

Sergio Perez is excited about the Las Vegas Grand Prix taking place in 2023. The Mexican driver had a bad casino experience during his previous visit to Las Angeles. Red Bull and Mercedes drivers attended a launch party earlier this month in Las Las. The Grand prix will take place on the 18th of November. It will be held on Las Nevada's famous streets. Formula 1 has traditionally only had one race per season in the United States. This year's Grand GP in Austin broke the attendance record.
Land-based ・ 29 November 2022

The Las Vegas F1 GP is the most expensive event on the sport's calendar. The 50-lap race will be held on November 25th. It will take place on a 3.8-mile temporary track with three straights, a high-speed cornering sequence and a single chicane section. Top speeds are expected to hit 212mph. Tickets for the event sold out within 24 hours. VIP packages for up to six people cost US$1 million. The most affordable package is from MGM Resorts. Austin in Texas has played host to the US F3 GP since 2012, Miami in May and Las Angeles in 2023.
Religion ・ 28 November 2022
GiveMeSport

The Grand Prix in Las Vegas is going to be expensive. Tickets, hotels and flights are expensive for the Grand prix. It's even more expensive than Monaco Grand Prize.
Travel ・ 18 November 2022
Super Slots Casino

Formula One will make its debut in Las Vegas next year. The sport takes to the streets of one of the world's most famous cities. How much will it cost to attend the race?
Land-based ・ 03 November 2022
8 News Now

The inaugural Las Vegas Grand Prix is being held on the night of Nov. 18, 2023. Caesars Entertainment is the first major Strip hotel company to publish rates for race weekend. The average room rate increase, year-over-year, is 305%. Rio All-Suite Hotel & Casino has raised its room rates by 678%. The most expensive cheap room is at Caears Palace at $1,291/night.
Land-based ・ 01 November 2022
Grandprix 247

Las Vegas Grand Prix and the plan for 2023

The Las Vegas Grand Prix is returning to the city for the first time in 40 years. The city will host a round of the Formula One World Championship in 2023.
Roulette ・ 22 October 2022

Formula 1 is hosting a launch party for the Las Vegas Grand Prix on 5 November. The first 500 people to attend will get a free ticket for a private VIP celebration that night. The Killers will perform. Las Las Nevada is going to host the 2023 Grand prix. Clark County Commissioner Marilyn Kirkpatrick hopes it will be the shining star of the Formula 1 schedule. She hopes to showcase the city's world-class travel and tourism facilities.
Land-based ・ 12 October 2022
Yabby Casino

New Nissan Z is driven around the Las Vegas F1 circuit. Next year, Las Las. Vegas will host a Formula One Grand Prix. The circuit is situated right down the middle of the Vegas Strip. The new Nissan is successor to the 370Z and 350Z. It has 400bhp twin-turbo V6, a manual gearbox and limited-slip diff. it is the kind of ingredients that are getting rarer by the minute.
Land-based ・ 08 September 2022
FormulaNerds

MGM is reportedly set to purchase tickets for the 2023 Las Vegas Grand Prix worth $25 million. The date of the race is under a lot of speculation online. Leaked letter suggests the event could take place between the 16th-18th November 20th of next year.
Sports ・ 19 August 2022
The Street

The Volcano at Mirage is closing and Hard Rock International will build a guitar-shaped hotel on the Las Vegas Strip. The new attraction will be permanent. The Sin City area is full of neon and attractions. It's a new addition to the Sin city. Hard Rancher will add a permanent attraction to Sin Vegas. He will create a concert hall on Las Las Vitesse Strip, which will have a stage with a different theme every night.
Land-based ・ 16 July 2022
Sports Unfold

Las Vegas Grand Prix is added to the F1 calendar for 2023. It's the first time in 40 years that Formula 1 has brought a Grand prix to Las Vegas. The announcement has created a buzz in Las Las. Many sponsors are already trying to seal the deal. There will be 150,000 hotel rooms, fine dining, cocktails, racegoers and an electric atmosphere.
Sports ・ 01 July 2022

The 2023 Las Vegas Grand Prix will take place on the Las Las Strip. Lewis Hamilton and Max Verstappen will race on that route. VegasSlotsOnline News has put together a guide on how to live in Las Angeles like a rockstar.
Land-based ・ 09 May 2022
Autosport

The Las Vegas Grand Prix will return to the calendar from next year with a November date slot. The 3.8-mile street circuit will feature 14 corners and a long straight that will see drivers reach speeds of over 210mph during a race that lasts 50 laps.
Travel ・ 06 April 2022
Lifestyle

The Las Vegas Grand Prix will take place on a Saturday next November. It will be one of three races in the US, joining the ones at Miami and Austin. The city hosted two Formula One races back in 1981 and 1982. This is the first time Formula 1 cars will race on the Las Las Strip. The announcement points to the growing popularity of F1 in US. Formula one's commercial rights are owned by American company Liberty Media since 2017. New venues in Middle East have increased pressure on some of the more iconic venues, like Monaco. Zak Brown, CEO of McLaren team, said Monaco needs to come up to same commercial terms as other grands prix.
Land-based ・ 06 April 2022

F1 announced Las Vegas as its latest venue. The new race will debut in November 2023. It will be its third US race location tapping into F1's growing US fanbase.
Movies ・ 02 April 2022

Formula 1 has announced that from 2023 there will be a new race taking place in Las Vegas. It will include part of the famous Las Vegas strip. The Russian Grand Prix was cancelled earlier this year due to Russia’s invasion of Ukraine. Las Las is the third Grand prix to take place on the American Grand Circuit. The new Miami Grand Prize will take places in May.
Movies ・ 31 March 2022
Road & Track

It Appears F1 Will Head to Las Vegas

Formula 1 is planning to stage a third American Grand Prix in Las Vegas. The event will take place around the Thanksgiving holiday in 2023. Las Las Vellans has hosted F1 races before, but the track was in the parking lot of the Caesars Palace Casino. The new course will be more visible and include more of Las vernice. It will also be better for the spectators. Miami is scheduled to join the schedule this May. F 1 has posted an announcement teaser on its social media platforms. They are planning a grand prix in Austin. There is also a possibility of a fourth USGP in Mexico.
Movies ・ 30 March 2022 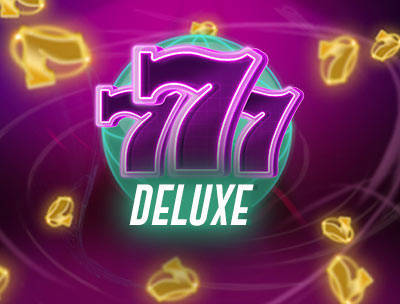