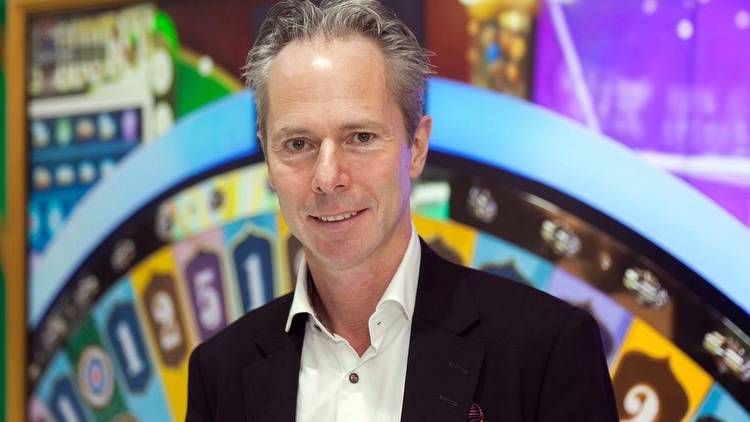 These results come at a moment of continued expansionfor the company, including highlights such as the opening of live casino studios in Spain and Armenia as well as the launch of live games in West Virginia; and the recent launch of a new live casino studio in Connecticut. The company also opened a new studio in Madrid, Yerevan, and started construction of an additional one inNew Jersey. The company has also unveiled the acquisition of slots creator Nolimit City.

Martin Carlesund, Evolution Gaming’s CEO and Co-Founder, spoke about the results for the first half of the year and described the operational delivery in the second quarter of 2022 as “nothing but fantastic."

Regarding the completion of Nolimit City’s purchase, Carlesund explained that the acquisition is financed with the company’s existing cash flow, as it is “a way to use our financial strength to take yet another step towards becoming the leading provider of casino games in the world." The transaction is expected to be completed in Q3, and includes an upfront consideration of EUR 200 million ($203 million), and earn-outs of up to EUR 140 million ($142 million), payable in 2023, 2024, and 2025, respectively.

However, despite the significant advances, he stated that he regards the second quarter as “good but not great, and not quite reflecting the success we have had operationally."

“When evaluating our financial performance in the second quarter, I also factor in the exceptional development we had during Q1 and Q2 last year, which affects the year-on-year percentage growth rate in Q2," Carlesund added.

In the second quarter 2022, Live Casino increased by 36.7 percent year-on-year and RNG revenues grew by 6.1 percent year-on-year. “As I have stated earlier when it comes to RNG, our ambition is double-digit growth and I find the result in Q2 as a good step towards that goal. I’m pleased with the development of our RNG business in Q2 2022," the executive said.

In terms of the company’s products, the CEO spoke about thenewly released Evolution smart lobby, and stated it is “one example that makes a difference for players every day. In total, 34 of our 88 games planned for this year have been released."

“During the quarter we have released one of our headline games this year - XXXtreme Lightning Roulette – it is a great game which attracts both new and existing players. This roulette game with more and bigger multipliers is a good example of how we can leverage our growing portfolio of brands from both the Live- and RNG-space," Carlesund stated.

Another new game combining the Live and RNG playing experience is Crazy Coin Flip. This can be seen as the company's first ‘Live Slot’ game, the CEO said. "It definitely strikes a chord with players and is a style of game that we will continue to explore," Carlesund added. New RNG titles in the second quarter include Funkmaster, Dragons Clusterbuster and Space Wars2.

The company also perceivedlarger trends maintained with the demand for online casinos continuing to increase globally in terms of development by region. However, both Asia and other regions, while growing "nicely," are at a marginally lower pace in this quarter compared to earlier this year.

“We continued to expand our studios in North America however most of the increased capacity was added toward the end of the quarter," Carlesund explained. "European markets overall showed single-digit growth in the quarter, with a step faster pace in the Nordics."

Lastly, the CEO expressed his high hopes for the second half of 2022 and stated he feels “excited about all things we have in front of us. We want to be better, we want to deliver more, we want to run faster - that is who we are. Adding Nolimit City and the upcoming games on the 2022 roadmap will be great and we are again increasing the gap to all competitors."

Century Casinos has seen a double-digit increase in revenue for the six months and three months ended June 30 this year. Earnings from operations for six-month period increased from $26.4m to $33.8m. Net earnings for shareholders increased 67% from the $5.1m reported for same period in 2021. The company's operations were impacted by the COVID-19 pandemic in the first half of 2021, but it's not currently impacted. The duration and ultimate impact of the pandemics remains uncertain.
Winnings ・ 5 hr

Nolimit City, an Evolution gaming studio, has signed a new content deal with bet365. The partnership is equally important to both participants. Nolimsit was acquired by Evolution a month ago for $450m. Evolution has shown an appetite for entering and dominating other verticals, including slots. It recently acquired NetEnt and its subsidiary, Red Tiger, for the sum total of $2.1bn. Evolution most recently expanded in Connecticut with a dedicated live studio. iGaming vertical is one of the areas Evolution is interested in entering.
Sports ・ 12 days

Evolution Gaming has experienced a 53% growth in revenue year on year. The company has a live dealer studio opening in Michigan. The third quarter of 2021 saw operating revenues up 97% to EUR 276 million and EBITDA increasing 113%.
Lottery ・ 02 November 2021

Evolution Gaming reports a period of high activity. The gaming business continues to benefit from an expanded product catalogue and games selection. Big Time Gaming enjoyed success during the quarter after being fully consolidated into the group’s operations. Europe remains the company's largest market. North America is one of the smaller markets. The company has successfully launched in US jurisdictions such as Michigan and Connecticut and the newly regulated Canadian province of Ontario. In Europe the Netherlands has been underscored as a strong market and is the largest European market with €25.6 million.
Finance ・ 08 November 2021

Evolution has been approved to host online casino games with a live dealer in Michigan. The new format was launched on Thursday. BetMGM, FanDuel and DraftKings are planning to adopt a similar approach in the future. It is the first time such a hybrid approach between live and online gambling has ever been adopted by the state. There will be three games at first, but it is not outside the realm of possibility to include more games.
Games ・ 23 July 2021

Evolution shares have jumped 170% over the past year. Its market value is now 314 billion crowns ($38 billion) compared with less than 3 billion when it listed in 2015. Evolution produces and licenses live casinos to gaming operators. It bought Swedish rival NetEnt for $2.12 billion last year and plans to be present in all regulated gambling markets. Online casinos will outstrip physical casinos within 15 years. According to H2 Gambling Capital, the casino market will expand by 90% to 231 billion euros by 2036.
Movies ・ 26 May 2021

Evolution Gaming's revenue hit €115.1m in the three months ending March 31. Earnings were up 79% to €64. 1m. Profit up 90% to $54.2m, growth was strongest in Asian markets. Rest of Europe revenue was up 50%, North America revenue up 54%. UK revenue fell one-fifth to £9.9m and Nordic revenue flat. Evolution temporarily shut its studios in Georgia and Spain due to the COVID-19 pandemic. The Georgian studio was reopened on April 4.
Live Gambling ・ 19 January 2021