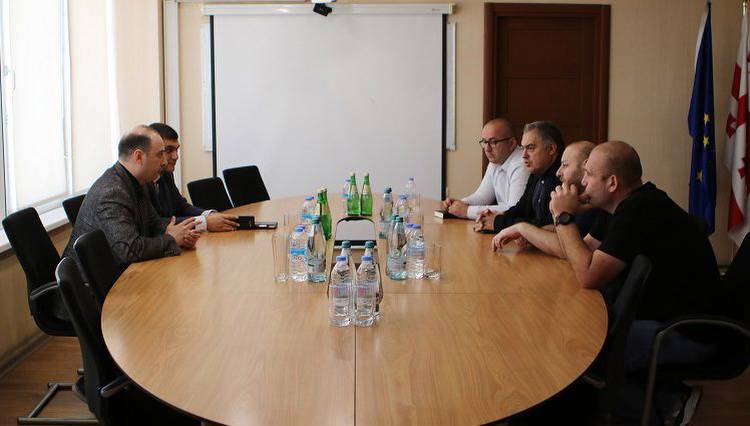 Georgian deputy finance minister Mikheil Dundua on Monday met with representatives of the country’s gambling business to discuss the sections related to the industry in the European Union's 12-point conditions for granting the country the membership candidate status, the ministry of finance said.

The discussion involved a review of articles in the 2014 EU-Georgia association agreement on strengthening supervision on the gambling business in accordance with regulations of the financial action task force, an intergovermnetal organisation combating money laundering and funding of terrorism.

Member states of the Council of Europe's committee of experts on the evaluation of anti-money laundering measures and the financing of terrorism (Moneyval), Georgia among them, are obliged to license online and other gambling, including those onboard ships”, the state body noted.

The ministry stressed that according to the fifth round report of Moneyval, it was responsible to define anti-money laundering policy, strengthen supervision on the gambling industry and promote the formation of the appropriate legislative base. 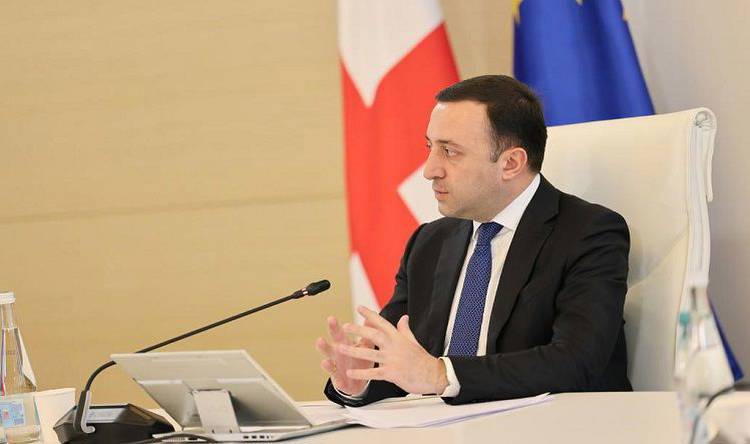 Georgian prime minister Irakli Garibashvili said in March that the introduction of the ban on gambling advertising in Georgia would deal with “one of the biggest problems” of the country’s population. Photo: government of Georgia press office.

Considering its own competences, the ministry of finance is actively participating in the developing of the national plan against money laundering and terrorism financing, and is closely cooperating with relevant state agencies”, the ministry added.

Along with Moneyval recommendations, the parties also discussed further refinement of restrictions on access to foreign online gambling resources.

Georgian prime minister Irakli Garibashvili initiated last year to increase fees for online gambling businesses – which were mostly foreign owned – as well as to ban ads, and increase the lower age limit for gamblers to 25 years.

The prime minister had suggested that about ₾1.5 billion ($527 million) “flows out of the country annually” due to online casinos.

Georgia's Ministry of Finance met with representatives of the country's gambling industry to discuss the requirements for EU membership bid. The ministry is responsible to define anti-money laundering policy, strengthen supervision of gambling business and promote the formation of appropriate legislative base. Georgian prime minister Irakli Garibashvili suggested last year to increase fees for online gambling businesses and ban ads. According to him, about $527 million “flows out of Georgia annually” due to online casinos.
Industry ・ 7 days

Online gambling is under investigation in Australia

The House of Representatives Standing Committee on Social Policy and Legal Affairs in Australia is investigating the online gambling industry.
Incidents ・ 8 days

ECOWAS agency fingers Nigerian casinos of money laundering. The gambling spots are mostly owned by foreigners from South Africa, China, Lebanon, the United States, Germany and the UK. The agency could not confirm if Nigeria had carried out a national risk assessment of the casinos. It is one of key requirements of Financial Action Task Force. They are meant to develop policies to combat moneyaundering. and terrorism financing. Nigeria conducted its first risk Assessment of casinos in 2016. it is not known if it did the second one. the agency. GIABA is a financial intelligence agency established by the Economic Community of West African States.
Incidents ・ 31 July 2022

Pragmatic Play has expanded its partnership with Entain's brand Crystalbet to supply its suite of Live Casino games in Georgia. The Georgian operator already offers Pragmatik's diverse slot portfolio and will now provide its vast range of live products. The deal marks further expansion for Pratik within the Georgian market. Prateik currently produces up to five new slot titles a month and delivers Live casino and Bingo games as part of its multi-product portfolio.
Live Gambling ・ 19 March 2022

Pragmatic Play has expanded its partnership with Entain brand Crystalbet to supply its suite of Live Casino games in Georgia. The deal marks further expansion for Pragmatikal Play within the Georgian market. The company already offers its diverse slot portfolio and will now provide its vast range of successful live products.
Live Gambling ・ 16 March 2022

The Georgian PM has called for banning online casinos

Georgia's independence has led to a steady increase in its economic freedoms in the last few decades. Georgia is currently classed as 'very high' on the Human Development Index. The Georgian economy is forecast to grow by 6.5% in 2022.
Covid ・ 23 February 2022

The Georgian authorities want to ban online casinos. The bill has been approved by the Georgian parliament in the first reading. It will apply to gambling addicts and certain category of people who will be banned by state from gambling. It is planned to increase taxes for them, ban advertising, introduce an age limit (25+), and ban the activities of all online casino altogether.
Incidents ・ 07 January 2022

Georgia's parliament has passed a bill imposing serious restrictions on gambling. The law includes raising the age limit for gambling, banning advertisements, and increasing taxes on the industry. Critics have cast doubts about the constitutionality of the new law. The turnover of Georgia's gaming sector reached $10 billion in 2020. Georgian gambling operators have threatened to halt sports sponsorship agreements. They also claim the bill is aimed at curtailing essential advertising revenues.
Strategy Guide ・ 22 December 2021

Georgia PM Irakli Garibashvili has called for strict restrictions on the online gambling industry. He wants to increase the overall tax base of the sector by 65% to 70%. The new measures will also apply a +25 age restriction on gambling services and ban gambling advertising. The Minister of Health will propose regulations for the pharmaceutical market. The first phase of reform would see the introduction of a bill limiting advertising, implementation of 25-year age limit and increasing taxation.
Finance ・ 01 December 2021

Georgia's prime minister wants to impose tighter restrictions on online gambling. The new law proposes a 10% gaming revenue tax and a 2% winnings tax. It also proposes to ban under-age gambling and to suspend advertisement in public spaces. The minister of finance is aware that the offshore gambling market may be revitalized as a result of the tougher restrictions. He wants payment processors to prohibit payments to gambling operators abroad. i.e. to stop them from transferring money to the gambling industry. Irakli Gharibashvili, the prime Minister, urged lawmakers to act on gambling last week.
Winnings ・ 30 November 2021

Georgia's government is considering cracking down on online casinos. The aim is to enforce the strongest online casino rules among all countries in the region.
Jobs ・ 24 November 2021

US companies warned against investing in Cambodia’s casino and financial sectors on trafficking, money laundering concerns

US companies warned against investing in Cambodia's casino and financial sectors on trafficking, money laundering concerns. Cambodia was gray-listed by the Financial Action Task Force in 2019 for deficiencies in its programs. Corruption is widespread in the country. It also advises US businesses to consider the threat of human trafficking and child exploitation. It is also concerned about the development of Sihanoukville, the site of dozens of new casinos built in last five years. The government established an inter-ministerial task force to investigate alleged moneyaundering and human trafficker.
Incidents ・ 11 November 2021

WorldMatch's games are aligned with the requirements of the Georgia Ministry of Finance. WorldMatch’s games offer is equipped with captivating in-play animations, hi-quality sound effects and great special features. All the games available in desktop and mobile portrait version.
Industry ・ 21 October 2021

Georgia is considering legalizing gambling. The gaming industry in the United States has seen a rise. Georgia remains one of the few states where gambling has not taken root.
Law ・ 11 October 2021

Over 1 mln individuals on gambling ban list in Georgia

1.449,124 Georgian citizens are banned from online gambling and not allowed in brick-and-mortar casinos in the country since the introduction of new regulations for the gambling business on March 1.
Lottery ・ 18 August 2022