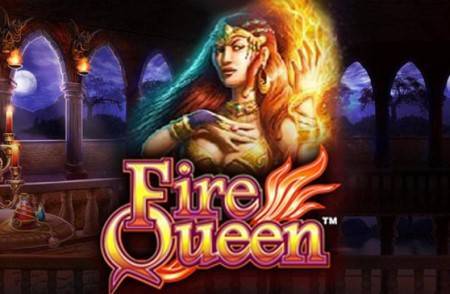 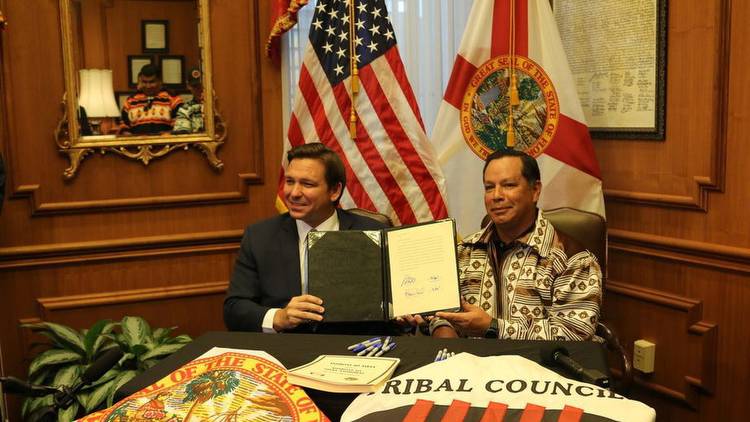 TALLAHASSEE — The Biden administration is urging an appeals court to reinstate a deal that gave the Seminole Tribe control of sports betting throughout Florida, nearly nine months after a Washington, D.C.-based judge ruled that the 30-year agreement violated federal law.

A U.S. Department of the Interior brief filed Wednesday offered a full-throated defense of the Biden administration’s decision to allow the gambling agreement, known as a compact, to go into effect.

The deal, signed by Gov. Ron DeSantis and Seminole Tribe of Florida Chairman Marcellus Osceola Jr. and ratified by the Florida Legislature in a special session last year, opened the door for the first time to sports betting in the third-largest state in the country.

Owners of Magic City Casino in Miami-Dade County and Bonita Springs Poker Room in Southwest Florida filed a lawsuit alleging that the sports-betting plan violated federal laws and would cause a “significant and potentially devastating” impact on their businesses.

The “hub-and-spoke” sports-betting plan was designed to allow gamblers throughout the state to place bets online, with the bets run through computer servers on tribal property. The compact said bets made anywhere in Florida “using a mobile app or other electronic device, shall be deemed to be exclusively conducted by the tribe.”

But U.S. District Judge Dabney Friedrich in November ruled that the plan ran afoul of the federal Indian Gaming Regulatory Act, which regulates gambling on tribal lands, because it allowed gambling off property owned by the Seminoles. She also invalidated other parts of the compact, finding that Interior Secretary Deb Haaland erred when she allowed the deal to go into effect last summer.

In Wednesday’s brief, lawyers for Haaland argued that Friedrich was wrong because the compact only authorized gambling on tribal lands and that the secretary was obligated to allow it to go into effect.

“The secretary has no duty — nor even any authority — to disapprove a compact that validly authorizes gaming on Indian lands simply because the compact also contemplates that the state will enact legislation permitting persons outside Indian lands to participate in that gaming,” lawyers for the U.S. Department of Justice, which represents Haaland and her agency, wrote in a 75-page brief.

In addition to giving the Seminoles control over sports betting, the compact allowed the tribe to offer craps and roulette at its casinos. Also, the Seminoles would be allowed to add three casinos on their property in Broward County.

In exchange, the tribe pledged to pay the state a minimum of $2.5 billion over the first five years and possibly billions more over three decades. The deal sought to add Florida to other states that have jumped into sports betting since a 2018 U.S. Supreme Court ruling that cleared the way for such wagering in New Jersey.

In a brief filed last year defending Haaland’s decision to allow the compact to go into effect, Justice Department lawyers argued that “provisions in the compact reflect a permissible hybrid approach wherein gaming activity that occurs off of the tribe’s Indian lands is authorized under state law, and gaming activity that occurs on Indian lands is authorized by IGRA (the Indian Gaming Regulatory Act) pursuant to the compact.”

Get insights into Florida politics

Political editor Emily L. Mahoney will send you a rundown on local, state and national politics coverage every Thursday.

You’re all signed up!

But in Wednesday’s brief, the Biden administration shifted its arguments, focusing on its contention that Haaland’s scrutiny of the compact was restricted to activities authorized to take place on the Seminoles’ lands.

“The legality of any non-Indian land activities discussed in a compact is instead a matter of state law: If the courts ultimately decide that those activities are not authorized by state law, then those activities will not be permitted, regardless of what the compact contemplates,” Wednesday’s brief said.

Daniel Wallach, an attorney who specializes in gambling and other regulatory issues, told The News Service of Florida on Thursday that the federal government is advancing “specious” arguments that “falsely characterize” the record in the case.

Wallach said the compact “expressly authorized” online sports betting throughout the state and contended that the Biden administration has “undergone a metamorphosis” in arriving at its latest arguments.

“They’re making factual assertions about the compact that are belied by the plain language of the compact. It’s crystal clear that the compact authorizes online sports betting, and that activity is what constitutes a violation of IGRA (the Indian Gaming Regulatory Act),” he said.

In a separate brief filed late Wednesday, attorneys for the tribe argued that Friedrich erred by not allowing the tribe to intervene in the pari-mutuels’ legal challenge. The tribe, which sought to have the lawsuit dismissed, has cited a right to sovereign immunity that helps shield it from lawsuits.

Friedrich erred by not allowing the Seminoles to be a “necessary party” to the lawsuit and “failing to meaningfully consider the tribe’s immunity,” lawyers for the tribe argued.

Supporters contended the sports-betting arrangement with the Seminoles would comply with a 2018 constitutional amendment that requires statewide voter approval of gambling expansions in Florida. Under what is known as Amendment 3, expansions of gambling must be placed on the statewide ballot through the citizens’ initiative process.

The Seminoles last fall briefly launched a mobile sports-betting app but scuttled the online bets after Friedrich’s ruling. Florida received $187.5 million from the deal between October 2021 and February 2022, but the tribe discontinued payments in March, according to the report by state economists.

@PlayNowCasino partnered with the Saskatchewan Indian Gaming Authority and SaskGaming to become the first legal online #gambling site in . 🥂 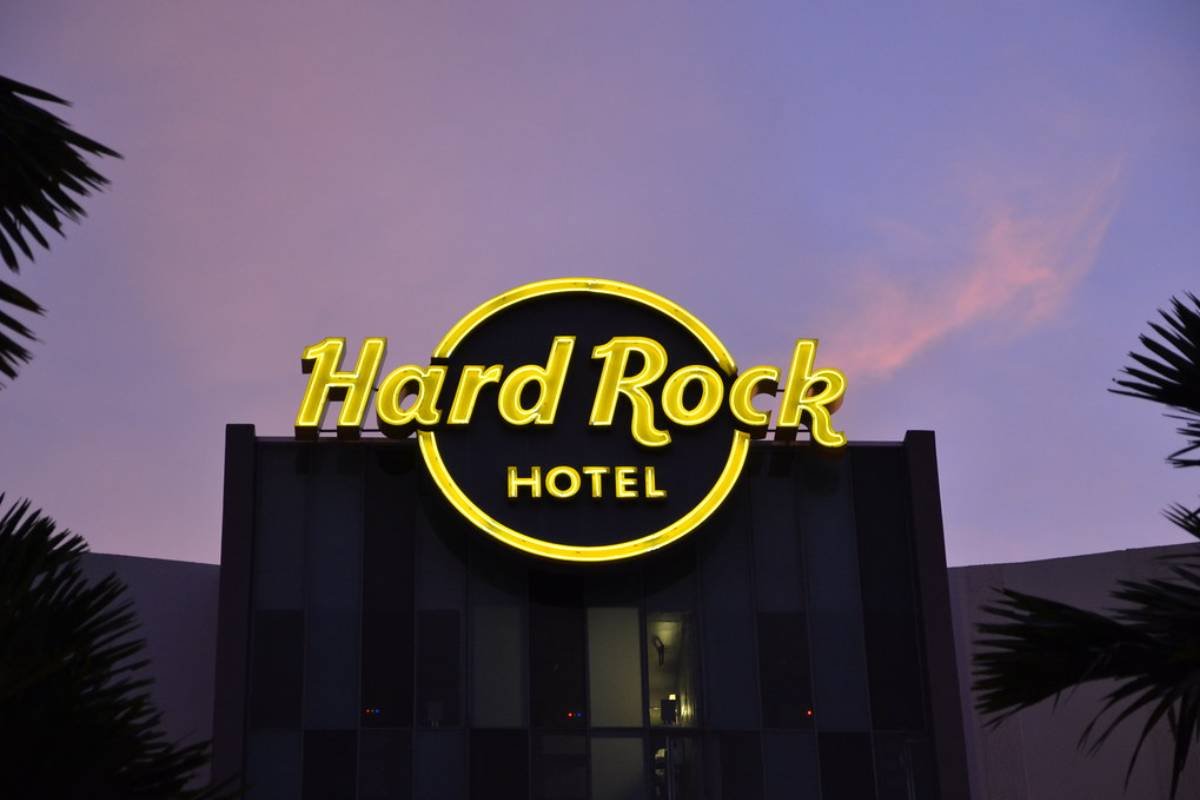 This Week in Gambling: Online gambling fallout across America

Seminole Tribe's appeal of the Florida sports betting ban was denied. The tribe continues to operate their mobile sports app and accept bets. The decision could have a precedent-setting effect for online casinos, sports bets and Tribal gaming. It invalidates the agreement between Florida and Seminoles Gaming. On Thanksgiving, the tribe filed an appeal to have their sports betting reinstated. They were denied the appeal. In the original agreement, bettors could use their phones to place bets from anywhere in the state, so long as the servers were located on Seminole Tribal land.
Mobile ・ 02 December 2021
Sun Sentinel

Two lawsuits are related to sports betting in Florida's new gambling compact. A third lawsuit seeks to invalidate the compact altogether. South Florida businessmen and their companies and the anti-gambling group No Casinos filed the suit late Monday. They argue that the Compact between the State of Florida and Seminole Tribe of. Florida is illegal at state and federal levels and that expanded gambling in.
Law ・ 10 October 2021
Orlando Sentinel

Seminole Tribe wants to intervene in a lawsuit challenging a new gambling deal with the state. The deal calls for the tribe to operate sports betting in Florida. Two pari-mutuel operations filed the lawsuit July 2. They claim the plan violates federal laws. Governor DeSantis and the agency that oversees gambling issues are defendants. Seminoles argue the suit should be dismissed because the tribes is an "indispensable party" in the challenge to the compact.
Law ・ 31 August 2021
Super Slots Casino

Florida signed a gaming compact with the Seminole Tribe on April 23, 2021. The compact is expected to boost state revenue by $2.5 billion in the next few years. It still needs federal approval. Anti-gambling groups in Florida can still object to it and file lawsuits against it. Florida is not asking the feds to approve a compact that legalizes sports betting on Indian land.
Law ・ 20 August 2021
Cardschat

Miami's Bonita Springs Poker Room and Magic City Casino have filed a lawsuit against Florida over the state's online-gambling compact with the Seminole Tribe. The complaint claims the compact violates federal law and contradicts legal precedents. Florida approved the pact despite warnings from legal observers. It is under review within the federal government's Department of the Interior. If the suit is successful, the agreement could be tossed out. It might give the tribe exclusive rights to offer sports betting. if it is found to be valid.
Poker ・ 06 July 2021
Best US Casinos

Magic City Casino in Miami and Bonita Springs Poker Room filed a federal lawsuit against the state's gambling deal with the Seminole Tribe of Florida. The deal allows Floridians to place bets on sports games from anywhere in the State with their phones or computers. It also allows the tribe to contract with pari-mutuel facilities to market sports betting. The suit claims the deal violates the federal Indian Gaming Regulatory Act. Under the 30-year agreement, the Tribe would be allowed to offer statewide online sports bets, craps androulette in exchange for $2.5 billion in revenue shares over the next five years and getting to build three new casinos near Hollywood.
Law ・ 06 July 2021
Yabby Casino

Southwest Parimutuels, owner of Miami's Magic City Casino and Bonita Springs Poker Room, has filed a federal lawsuit challenging the Florida gaming compact between the state and Seminole Tribe of Florida. The compact allows sports betting outside of tribal lands in Florida and allows existing racetracks and jai alai frontons to develop their own mobile apps. The tribe will guarantee at least $500 million in annual revenue payments to the State for the next 30 years. Anyone in the age of 21 can start placing and collecting online wagers on sporting events from anywhere in state beginning on October 15.
Law ・ 05 July 2021
Wink News

Gov. Ron DeSantis signed a deal with the Seminole Tribe on Friday. It allows for the introduction of legalized sports betting and craps and roulette at Seminoles' casinos. The tribe will also be allowed to license horse tracks and jai-alai frontons to accept such wagers on its behalf. A special session of the Legislature will be held on May 17 to consider the deal. It could generate $2.5 billion in revenue over the next five years and $6 billion by 2030. Sports betting attorney Daniel Wallach believes it's a high legal risk.
Sports ・ 07 May 2021 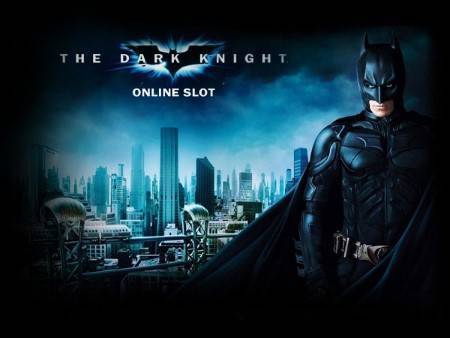