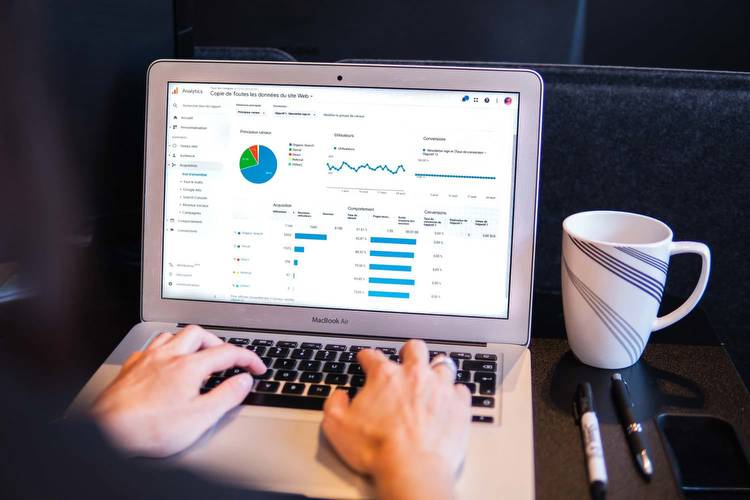 YouGov has conducted an extensive study across 18 markets entitled "Global Gambling: The Consumer view in the gambling debate" which focuses on understanding attitudes towards gambling in some of the world’s biggest markets out there, including the United States, United Kingdom, Singapore, the Nordics, and other interesting locations with a storied track record for gambling.

YouGov dived deep into public perceptions of the industry and sought to understand them better through a series of questions that were posed to the general public in each of the surveyed regions. One of the questions was whether people agreed that people who live in the same jurisdictions as themselves should be allowed to gamble online.

Hong Kong, Canada, and the United States were the top three countries where people agreed with 50%, 48%, and 46% in agreement varying from "strongly agree" to "mostly agree." This is still an even split in the general public towards gambling. Germany, Spain, and Singapore were the least likely to agree with the question posting 27%, 32%, and 32% of approvement respectively.

Singapore, which has been debating to regulate online gambling also saw strong opposition at home with 56%. Australia, a nation that is known for its gambling proclivity came in next with 53% support. Italy, another strictly regulated market, saw locals agree with the statement in 52% of the cases.

Interestingly, Poland was the least likely to agree with the statement with only 32% of the population saying that they backed a ban on online gambling. Asked if the rules and regulations on gambling were too strict, the 18 observed jurisdictions and nations stated that this was mostly not true – only 25% of people in Hong Kong agreed.

Only 14% of people agreed with the statement in the United States, the same number as in Canada, France, and Australia. The numbers were remarkably even when looked into on "strongly agree" and "tend to agree on basis." People from across all jurisdictions were mostly unanimous when it came to the prevalence of betting and gambling advertisements and its prevalence.

72% of Australians said that there was simply too much of it going around. The same was the case in the United Kingdom where 71% of the people said that there were indeed too many sports betting partnerships and sponsorships. This comes at an interesting moment as the country is in the process of overhauling its gambling laws and one of the hotly debated points is whether the Premier League and sports clubs should cut ties with gambling companies and partnerships. 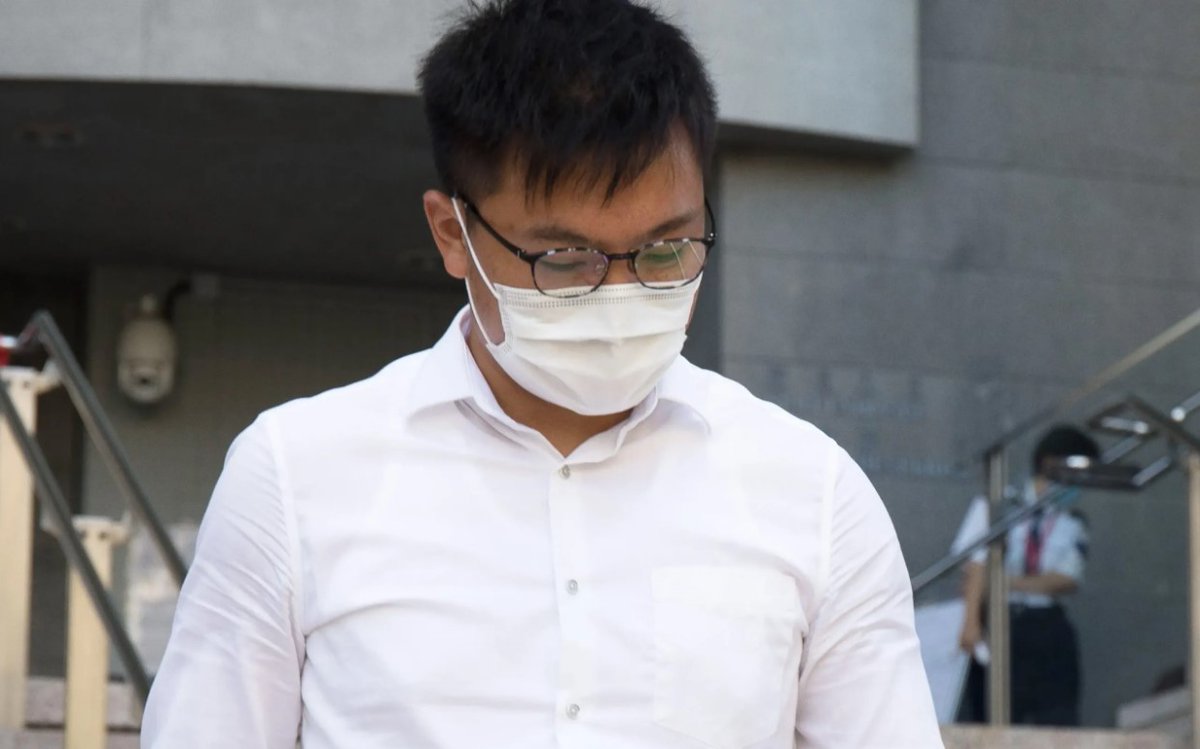 The Macao government opens offers from seven companies for casino licenses on Friday. Genting is a wildcard, but it is the only one with extensive amusement park experience. The new casino licences are expected to start in 2023. The incumbent operators have invested around $ 40 billion in Macau since the casinos were liberalized more than 20 years ago. Macaese casinos have been hit by current COVID and travel restrictions. Authorities also tightened controls over gambling operations in the former Portuguese colony. They have revenues fell 70% in 2021 to $ 10.8 billion from $ 36 billion.
Covid ・ 20 days

Gambling giant Macau opens bids from seven casinos, with one firm to lose

Macau's government opens bids from seven companies for licenses to operate casinos in the world's biggest gambling hub. The winner will be chosen on Friday. Genting is a wildcard, but it has invested heavily in China and has a strong background in theme parks. The new casino licenses are expected to begin in 2023. Macau casinos have been hit by ongoing COVID curbs and travel restrictions. They have collectively invested $40 billion in Macao since casinos were liberalised 20 years ago. It is estimated revenues will drop 70% in 2021 to $10.8 billion from $36 billion.
Covid ・ 20 days

All new players are eligible to receive a Welcome bonus of BitDice worth 200% of the non crypto first deposit. The minimum deposit amount to get a bonus is $10. Bonus money must be wagered 35x before it can be converted into real money and withdrawn. The maximum bonus amount is 2000$ plus 40 Free spins on Stampede by Betsoft.
Crypto ・ 21 July 2022

All new players are eligible to receive a Welcome bonus of BitDice worth 100% of the first deposit. The minimum deposit amount to get a bonus is $10. Bonus money must be wagered 35x before it can be converted into real money and withdrawn. The maximum bonus amount is 1 BTC/$20,000. No more than $20k can come from bonus winnings.
Bonuses ・ 21 July 2022

AMA Research has released a study on the Global Online Gambling Market. The study covers market size, trend, and forecast to 2027.
Industry ・ 14 June 2022

Casinos generate billions of dollars each year. The house always has an edge and makes more money than the players.
Top and Best ・ 19 April 2022

What Countries Rule Online Gambling in 2022

Some countries have adopted online gambling immediately. The population and technological advancements helped them. USA and Canada are the most successful in the online casino industry. They are going to be the dominant players in 2022. It is a topic of discussion in What Countries Rule Online Gambling in 2020.
Trust and Safety ・ 17 March 2022

Gambling industry is one of the most profitable sectors in the world. In 2020, its global revenue exceeded $400 billion. For some regions/nations, gambling is a big contributor to the economy. Nevada, Macau, Hong Kong, and Singapore are examples.
Gambling Addiction ・ 21 January 2022

Gambling is legal in both Western and Asian countries. Some countries have banned gambling altogether and others have legalized it. Monaco, Las Vegas, and Macao are gambling meccas.
Gaming Authorities ・ 15 October 2021

63% of participants in YouGov survey prefer gambling online. Online casinos, lotteries and other betting activities are most popular in India. Italy has the highest number of people who think online gaming platforms neglect gambling-related problems. Buying online lottery tickets is the most prominent method of online gambling in the world. The Global Gambling Report analyses surveys on samples exceeding a thousand participants from each country. It was implemented in key markets such as Australia, Germany, the United Kingdom, and the U.S. of America. The survey was carried out on more than 2,000 participants.
Sports ・ 08 October 2021

How do the Irish Spend on Gambling compared to the World?

The world gambling system encompasses all gambling transactions. According to ResearchandMarkets.com, the global gambling market is worth $465.76. The Irish are responsible for a significant amount of that sum. They are third in the world in terms of gambling per capita, behind Australia and Singapore.
Gaming Authorities ・ 19 August 2021

Genting has just opened a $4.3 billion complex on the Las Vegas Strip called Resorts World Las Las. The property sprawls over 88 acres and is backed by Hilton. Genting has made a bigger mark in Asia with Resort World Sentosa in Singapore, a ski resort in China and casinos from the Philippines to Hong Kong and Macau. It's also in contention to develop a resort casino in Yokohama, Japan.
Travel ・ 26 June 2021

Dynam looks to get casino video slots into Singapore

Dynam Japan Holdings is seeking Singapore approval for its casino video slot machine products. The products feature a pachinko game concept and have already been installed in two casinos in Macau. Dynam Japan is still looking to register a profit for the current fiscal year ending March 31, 2021. Singapore’s two casino properties Marina Bay Sands and Resorts World Sentosa have been closed since April 7 to counter the local spread of Covid-19. The casinos will stay shuttered beyond June 1. It is hoped the new regulations will help to boost the Singapore casino industry.
Covid ・ 19 January 2021