Who wants to bid for Macao casino licences? EJINSIGHT 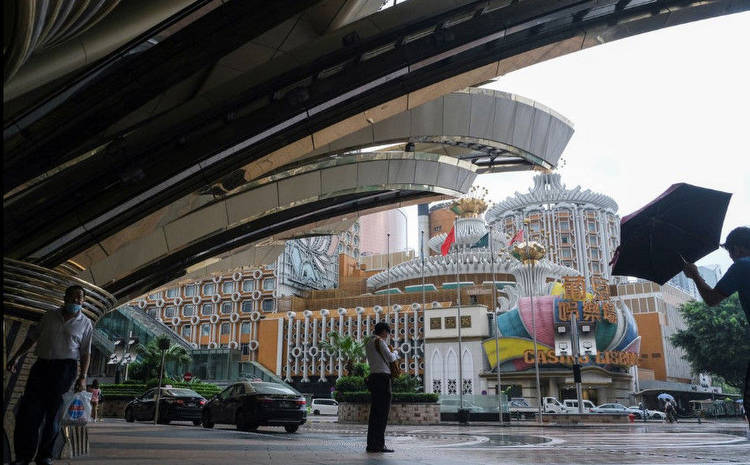 The Macao SAR government has set a deadline of September 14 for gambling operators to submit bids for new licences, due to begin at the start of 2023. The licences of the six current operators, three U.S.-owned, will expire at the end of December.

The Covid pandemic and the resultant restrictions on travel have caused the worst three years in the history of gambling in Macao, and an end is not in sight. Add to this the strict conditions imposed on bidders by the government and new curbs on gambling imposed by Beijing.

So the industry does not expect new bidders outside the six. For them, the motive is that, without a new contract, they will from January next year be banned from operating the casinos on which they have over 20 years invested billions of dollars.

The biggest disincentive to new bidders is the huge losses which the operators have incurred since the start of the pandemic in early 2020. In 2021, gambling revenue in Macao fell to US$10.8 billion from US$36 billion in 2019.

Wynn Macau reported a net loss of HK$3.6 billion for the first half of 2022, up from a loss of HK$2.2 billion in the same 2021 period. “Given the uncertainty around the extent and timing of potential future spread or mitigation of Covid-19 and around the imposition or relaxation of containment measures, management cannot predict whether future closures, in full or in part, will occur in our properties and cannot reasonably estimate the impact to the group’s future results of operations, cash flows or financial condition,” it said.

Beijing has followed the policy of “Zero-Covid” and promises to continue it. This has severely limited the arrival of visitors to Macau, who account for the majority of the casinos’ customers. Strict quarantine measures have also shut out international tourists and visitors from Hong Kong.

Another negative is Beijing’s stricter controls on gambling. A law passed by the National People’s Congress that took effect on March 1, 2021 created a new crime against cross-border casinos found to be organising or soliciting Chinese citizens to gamble and increased penalties for those found guilty of serious breaches. It specifically targets anyone who “organises mainland Chinese citizens to gamble outside the country (borders).”

In November 2021, police in Macao detained Alvin Chau, boss of Suncity, the city’s biggest junket group, a day after Wenzhou accused him of “severe damage to the social order of the country” and involvement in cross-border gambling. Before the pandemic, VIPs accounted for nearly half the revenue of the casinos.

A third disincentive for American bidders is political risk. What happens in the event of Sino-U.S. war or military conflict over an invasion or blockade of Taiwan? Will the government seize or freeze U.S. assets and detain U.S. citizens?

A fourth are the conditions attached to any bid. “Special consideration should be given to develop foreign tourist markets. Experience in operating casino games, investment in gaming and non-gaming projects for Macao’s benefit, plans to manage the casino, plans to monitor and prevent illegal activities and social responsibilities,” the government said.

Writing in the August issue of “Inside Asian Gambling”, Andrew Scott said the companies did not need to be told to attract more foreign visitors. “But Macau does everything it can to discourage international visitation. Non-Chinese are not made to feel welcome. From the lack of spoken English or English signage to foreigners living in Macau being treated as second-class citizens to the never-ending obsequiousness of Macau to mainland China, foreigners just don’t feel comfortable in the SAR in this day and age. Access is difficult with flights to Macau almost all from mainland China.”

The government also asks bidders to attract more MICE (Meetings, Incentives, Conferences, Exhibitions). “Why would a multinational company hold a major MICE event in Macau instead of Hong Kong, Shanghai, Tokyo, Bangkok, Singapore or just about any other major city in Asia?” Scott said. “Where’s Macau’s comparative advantage? We don’t have enough hotel rooms for major events, the rooms we do have are relatively expensive, and transportation infrastructure is lacking. We can’t even fully utilize the MICE facilities we already have, never mind build more. Another bust.”

He said that developing health-based tourism was also hopeless. “Why on earth would people come to Macau for cosmetic surgery when they can go to Thailand or Korea, or even Vietnam, which has been excelling at this kind of tourism for decades. And as for TCM (Traditional Chinese Medicine), what does Macau have that any other major city in China doesn’t? Nothing.

He said that, in making these demands of the bidders, the SAR government was abdicating responsibilities it should be addressing itself. “Through the pandemic, these companies have suffered hundreds of millions or even billions of US dollars in losses and are now as a group burdened by debt which has grown from US$5 billion to over US$20 billion to fund those losses, yet the government is asking them to invest in many activities which are destined to fail financially. Where is the money for all this coming from?

“While the government itself is sitting on tens of billions of US dollars of tax revenue accumulated over the past 18 years courtesy of one of the highest casino gaming taxes in the world, the concessionaires are being pummelled by the Covid-zero (read economic-zero) policy and the government’s socialist economy-style dictate that thousands of excess workers continue to collect monthly pay checks despite being totally redundant – just so that Macau’s unemployment numbers don’t skyrocket,” he said. 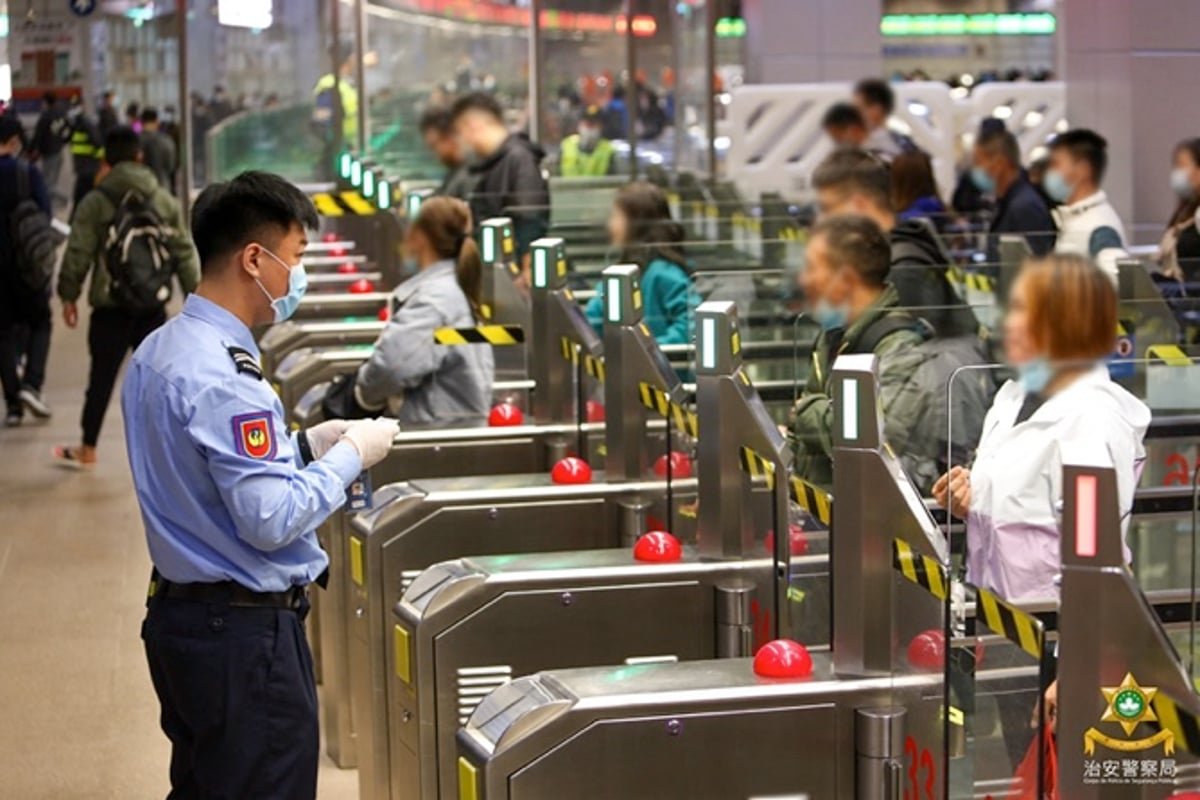 Macao has tentatively renewed the casino licenses of MGM Resorts, Las Vegas Sands, Wynn Resort and three Chinese rivals. The applicants promised to help diversify the economy by investing in non-gambling attractions. A seventh bidder, Genting Group of Malaysia, received no license. Macao's economy has shrunk since anti-virus restrictions were imposed in 2020. The decision to allow in foreign-owned casinos in 2002 brought a flood of money to Macau. It's under pressure from Chinese President Xi Jinping’s government to diversifying with retailing, entertainment and other industries.
Travel ・ 11 days
Bollyinside

The Macao government opens offers from seven companies for casino licenses on Friday. Genting is a wildcard, but it is the only one with extensive amusement park experience. The new casino licences are expected to start in 2023. The incumbent operators have invested around $ 40 billion in Macau since the casinos were liberalized more than 20 years ago. Macaese casinos have been hit by current COVID and travel restrictions. Authorities also tightened controls over gambling operations in the former Portuguese colony. They have revenues fell 70% in 2021 to $ 10.8 billion from $ 36 billion.
Covid ・ 16 September 2022

Macao's government wants to build theme parks, theme hotels, water parks and other family attractions as a condition of relicensing. The government also wants casino companies to develop nearby Hengqin Island. New law bumps the gaming tax up from 39 percent to 40 percent. There is a tax break for attracting foreign visitors to the area. The Chinese central government will have a seat at the table on all strategic plans. It will also have an eye on any potential changes on the horizon. Las Vegas Sands Corp., Wynn Resorts Ltd. and MGM Resort International are confident they will be successful in the relicensed process.
Strategy Guide ・ 14 August 2022
Portland Press Herald

With casinos struggling, ‘Las Vegas of Asia’ looks to reduce reliance on gambling

Macao wants to diversify its economy away from gambling. It wants the American casino giants to help build theme parks and other attractions. The territory is under pressure from Chinese President Xi Jinping’s government to rely less on its dominant industry. Macao is facing competition from casinos in Singapore, Malaysia and Cambodia. The relations between China and the U.S. are strained. Other companies have been hit by retaliation for U.,S., tariff hikes. But Macoa casinos haven't been targeted. Financial analysts expect MGM, Sands and Wynn to be approved for licenses.
Covid ・ 07 November 2022
Super Slots Casino

Alvin Chau's arrest has decimated Macau's gambling industry. The city's proposal to reform its casino system is a strong political message to the sector. The proposal aims at increasing local ownership in casino firms and giving a maximum of six licences. It also bans licence transfers between casinos. Macaus lost nearly $US5 billion in Hong Kong stocks the day after Alvin Chau was arrested. He was accused of running online gambling operations involving 80,000 mainland gamblers.
Industry ・ 22 January 2022
Vegas Slots Online

Macau casino operators lost about $18 billion in market value. The government is considering a new regulatory overhaul. Macau's lucrative casino licences are up for rebidding next year. Some analysts have downgraded their view of near-term prospects for casino companies in Maca. J.P. Morgan is downgrading to neutral or underweight all Macao gaming names from overweight. It is because of the tougher scrutiny on capital management and daily operations ahead of licence renewals. They must all rebid for licences when current permits expire in June 2022.
Finance ・ 16 October 2021
Yabby Casino